If you thought baked feta was the end all, be all of cheesy viral recipes, you might want to think again. Smoked cream cheese is coming for feta’s crown.

In late 2020 and early 2021, variations of baked feta pasta with grape tomatoes and olive oil took over social media. The savory recipe was so popular that dessert versions started popping up.

However, if there’s one thing you can depend on in this life, it’s that people will always find new ways to eat cheese. Now, a smoked cream cheese recipe is going viral on TikTok, and this dip looks just as delicious.

To create the snack, content creator, @bigksque, takes a block of cream cheese, brushes olive oil over the top, and then places it on an aluminum-covered plate. He then seasons it with a barbecue rub before placing it in a smoker for 2-3 hours between 200-250 degrees Fahrenheit.

As he explains at the beginning of the video below (which has a cool 1.8 million views), the original recipe came from Facebook and was sent to him by his sister-in-law. So, while he wasn’t the creator of the recipe for the cream cheese-based dip, his video showing you how to make it is the most popular.

But @bigksque didn’t just post one version of the dip.

His second iteration is a sweet take on the dip. To make it, he simply replaces the barbecue seasoning with Cinnamon Toast Crunch cereal’s Cinnadust seasoning, smokes it, and then replaces the regular crackers with graham crackers.

Just like the many different versions of the baked feta recipe, smoked cream cheese has taken off on social, with people adding all kinds of additional toppings, like bacon and garlic Parmesan. And yes, you can simply bake your cream cheese in the oven for a similar effect (you just won’t achieve that smoky flavor).

If you’d rather dip chips instead of crackers, whip up some yummy pasta chips next. 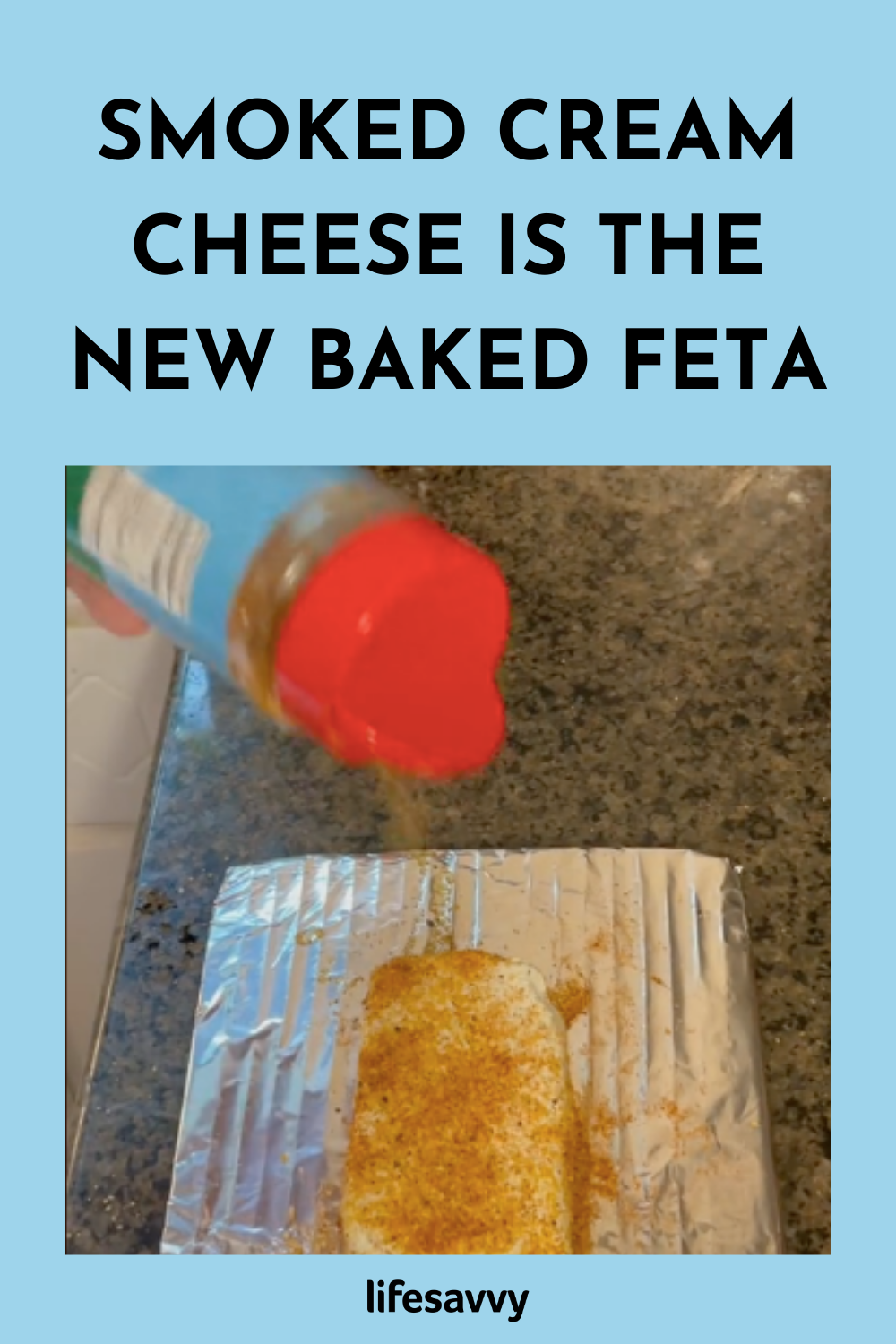