We’re myth-busting this dish soap and cast iron fallacy. Learn when and how to use dish detergent on your cast iron skillet, without destroying the pan.

Cast iron skillets have a cultish following—and for good reason. They’re pretty awesome and versatile—but with that comes a variety of rumors around their care and upkeep. You might have heard using dish soap on cast iron will ruin the finish, taking you from a well-seasoned piece of kitchen hardware to a rust-prone chunk of metal. However, that’s simply not the case. Here’s why.

To understand this myth, we need to look at what’s happening when we season cast iron. Seasoning a pan isn’t like seasoning food. We’re not doing it for flavor. We’re doing it to create a smooth, non-stick surface.

Seasoning occurs through polymerization and then carbonization of cooking fats. Essentially, the molecules in the fat are cross-linking with the cast iron. This forms a hard layer, one that isn’t easily broken or stripped away, not even with dish soap.

So, as long as the pan is seasoned correctly, dish soap won’t hurt it.

That said, what you don’t want to do is soak your cast iron (even in plain water without soap) for a long time. Ten minutes or so to make scrubbing easier isn’t going to hurt it, but avoid hours-long or overnight soaks.

Many cast iron owners wipe out their pan between uses and leave it at that. But if you’ve got some real food sticking going on, you’ll need to scrub. Sure, you could try the rough side of a sponge and some dish soap, but there are better ways.

You can scrub most messes away by using coarse kosher salt and a damp sponge. Better yet, order yourself up a chain-mail scrubber. No stuck-on bits will stand up to chainmail and no, it won’t hurt your cast iron or its seasoning one bit.

Ideal for scrubbing all the nasty bits from your cast iron

And after scrubbing that mess away, if you feel more comfortable washing it up with a soapy sponge, go for it. We promise it won’t destroy your pan. 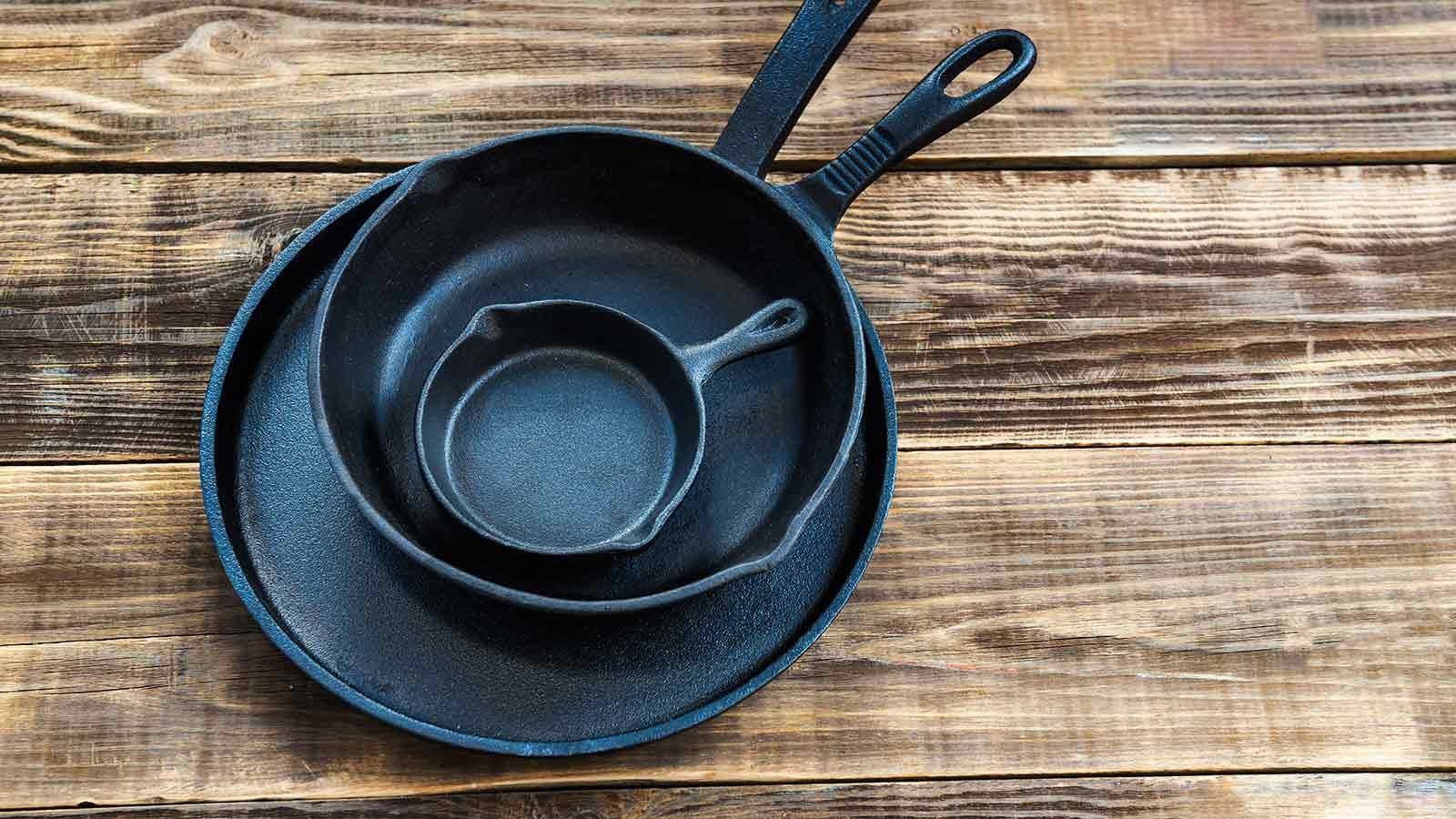