A citrus juicer is pretty simple to use and effective, but there’s a way to get even more juice. A viral TikTok video shows how to cut lemons before inserting them into a juicer so you get all the goods.

The trick comes courtesy of TikTok content creator, Shara. She explains in the video below that while most people know to cut the lemon in half and insert it round-side down, there’s a step most people miss.

After cutting the lemon in half, Shara slices off a small portion of the round end, exposing the flesh. Then, she places the newly cut round side down in the juicer and squeezes twice. When she’s done, the lemon is nearly hollowed out, and there’s ample juice in a container.

According to Shara, cutting off the end of the lemon is what allows the juice to escape through the bottom, so you get the most bang for your buck.

While Shara’s trick has gone viral (it has 2.7 million views), she didn’t create it.

The idea has been floating around on the internet as far back as 2017. However, that doesn’t make it any less useful. With a recipe for a creamy lemonade also going viral on TikTok, now’s the best time for this hack to pop back up.

[Via First for Women] 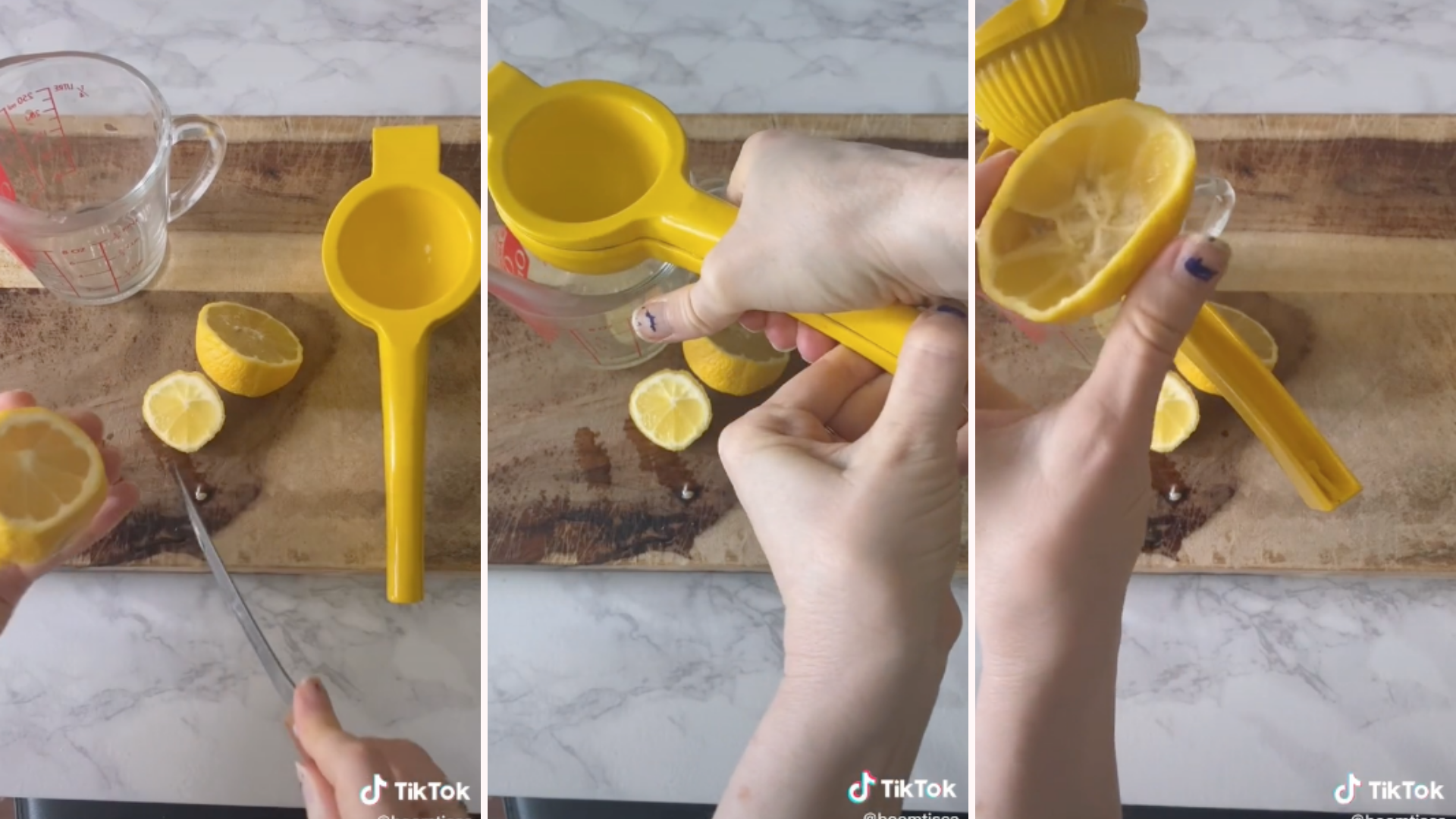 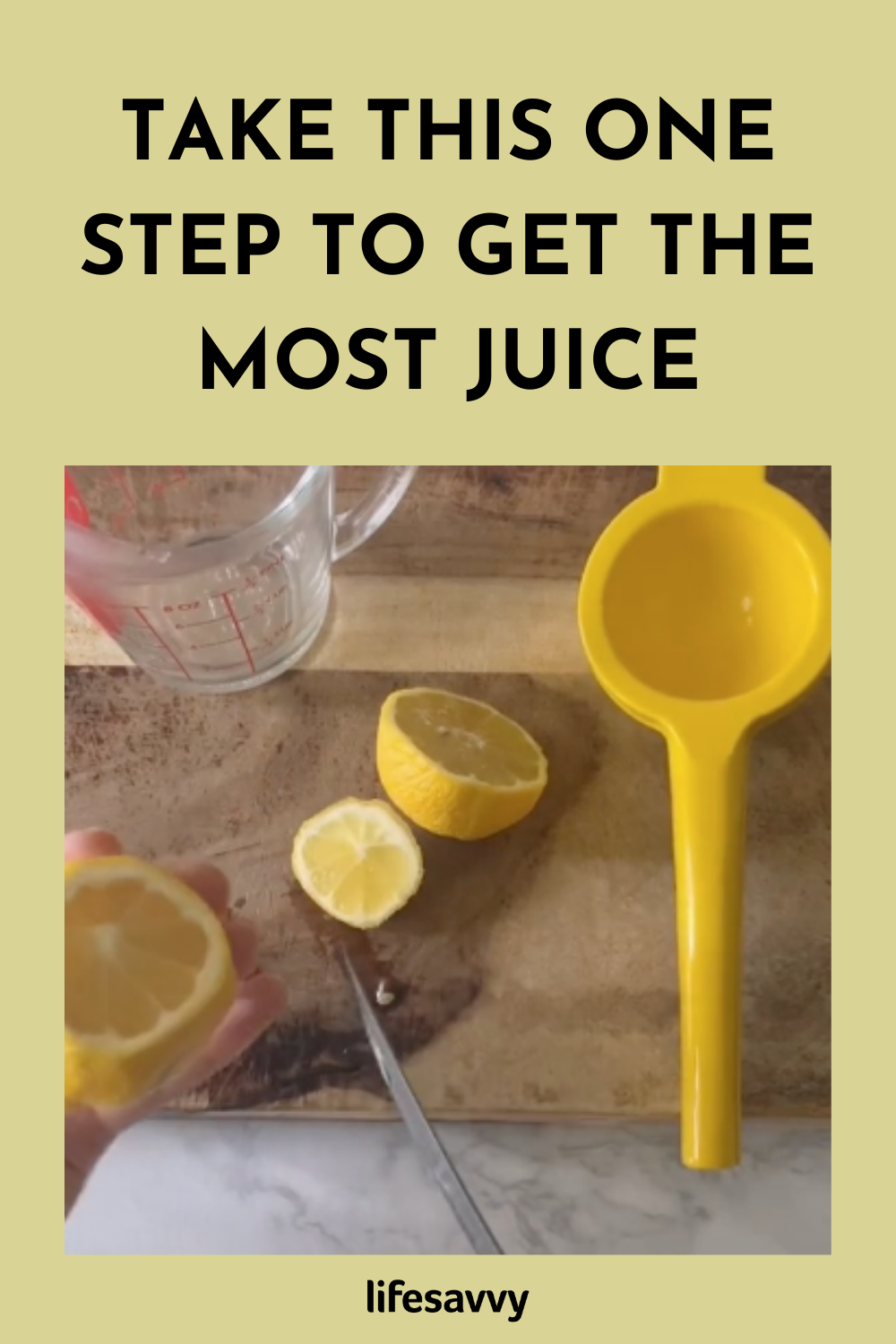