If you’re a java aficionado, you probably have your favorite order dialed in by now. Yet, trying something new every once in a while can be a fun experience. These Vietnamese coffee drinks are the perfect alternatives to surprise and entertain your tastebuds.

Yes, sweet iced lattes and seasonal mochas can be great treats when you’re looking for something different than your go-to order, but why not be adventurous and go beyond the border to explore new flavors? Vietnam has great pho bo, but did you know it also has amazing coffee? If you’re new to it, you’ve come to the right place because these java drinks will rock your socks off. Read on to learn about their stories and their easy recipes.

When Was Coffee Introduced to Vietnam?

Coffee was first introduced to Vietnam by French missionaries back in the mid-1800s. When they arrived in the Southeast Asian country, they found the weather conditions in the mountains to be particularly favorable for coffee plantations, which inspired them to set up their own, essentially giving birth to the coffee industry in the country.

It wasn’t long before the locals adopted coffee drinking as part of their daily routines as well, eventually developing their own java traditions that we still get to enjoy today.

If you’re curious as to what Vietnamese coffee is like and would like to give it a try, you’re in luck. While the idea of drinking a type of coffee from the opposite side of the globe might feel exotic, thankfully the actual preparation doesn’t require exotic ingredients or specialty tools.

Below you’ll find four delicious and traditional drinks that you can easily make at home.

Because dairy has never been a big part of Asian culinary traditions, black coffee was all the Vietnamese knew for most of the nineteenth century. At the time, fresh milk was hard to find, and importing milk wasn’t even an option, so the French had to wait a while before they got to enjoy a good old-timey latte.

Luckily for them, an American inventor, Gail Borden, took it upon himself to find a way to make milk shelf-stable, which eventually resulted in the invention of condensed milk. By the beginning of the twentieth century, the French and Vietnamese were enjoying a sweet Ca Phe Sua Da every day thanks to shelf-stable milk.

If you often enjoy sweet lattes or frappuccinos, Vietnamese iced coffee is definitely a must-try.

Get the Recipe: Kitchen Confidante

It might be hard to believe, but egg coffee tastes better than it sounds.

This unique concoction came about as a result of a milk shortage during wartimes. Soon after the French imported condensed milk to Vietnam, the Indochina War began, and imports slowed down. That’s when scarcity sparked one man’s creativity and lead to the invention of one of the most delicious coffee drinks you’ll ever try.

His name was Nguyen Van Giang, and he was a bartender at the Sofitel Legend Metropole Hotel. To make up for the lack of milk, he decided to whisk in eggs as a substitute, creating a delicate and frothy topping similar to the foam that tops a cappuccino. His creation was a success and eventually led him to open his own cafe called Cafe Giang in Hanoi, where his family has been serving his signature coffee since.

As a Southeast Asian country in the tropics, avocado is omnipresent in Vietnam. Thus, it’s not surprising that people came to find unique ways to incorporate it into their diets. As avid coffee drinkers, it was inevitable that they would eventually end up mixing it at one point.

The result is a soft and creamy drink that’s sweet thanks to the condensed milk, filling thanks to the avocado, and reenergizing thanks to the caffeine. What better drink to enjoy as a mid-afternoon pick-me-up? It’s like an energy drink without all the food dye and hard to pronounce ingredients.

Get the Recipe: Vietnam Ca-phe Project

Just like avocado, coconut can be found anywhere you go in Vietnam. However, it’s also popular in the other neighboring countries, and since the origin story of this drink remains unknown, it cannot be fully confirmed that it was born in Vietnam. Regardless, it’s been part of the local culture for decades, so it deserves a spot on this list.

Coconut coffee is pretty much a dessert. It’s made with coconut cream or coconut milk and can be enjoyed either cold or hot, making it a great alternative to ice cream or your standard cappuccino. How could you say no to that?

Get the Recipe: Delightful Plate

Whichever Vietnamese coffee you choose, you can rest assured you and your tastebuds will enjoy it. Happy sipping! 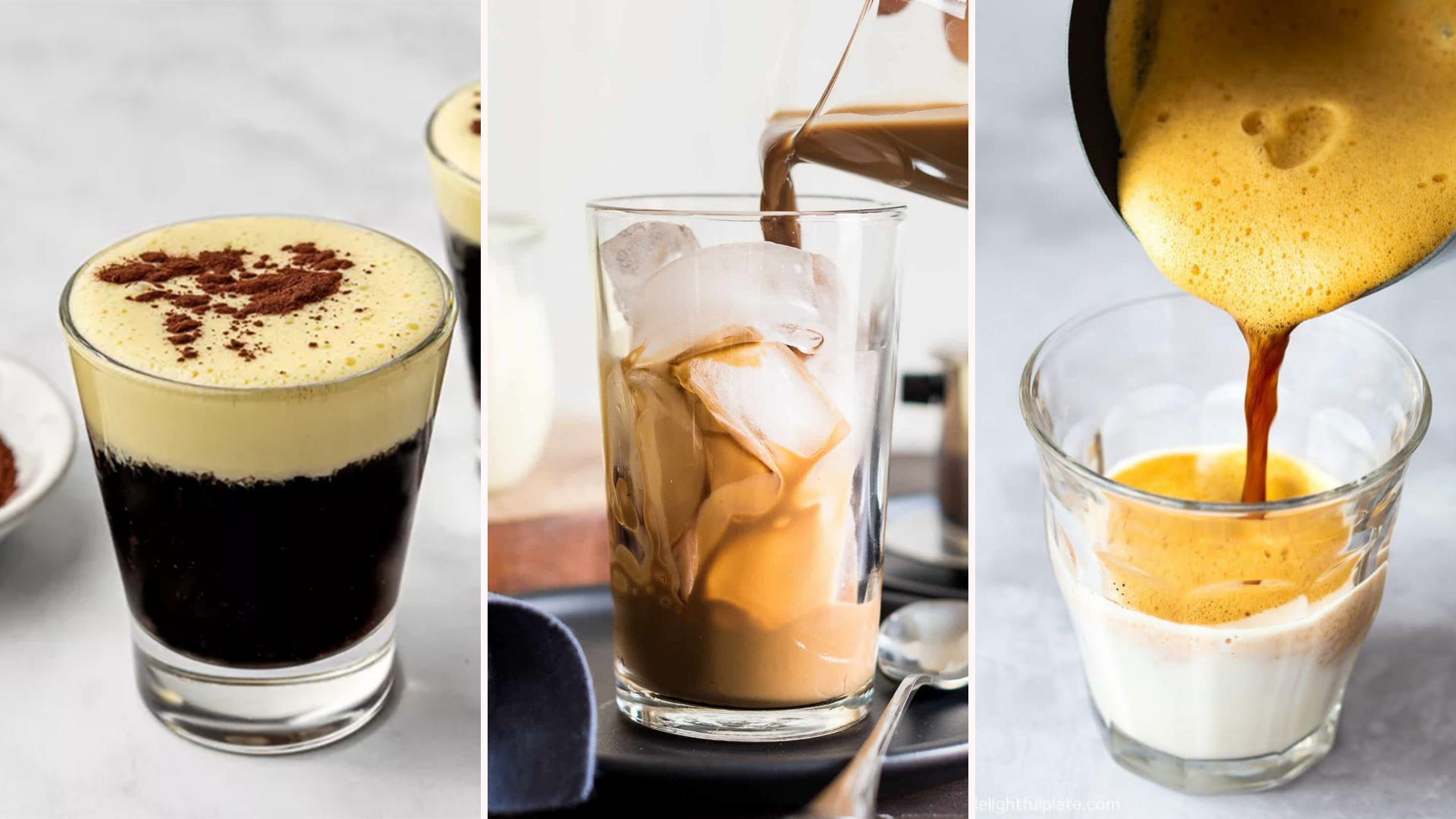 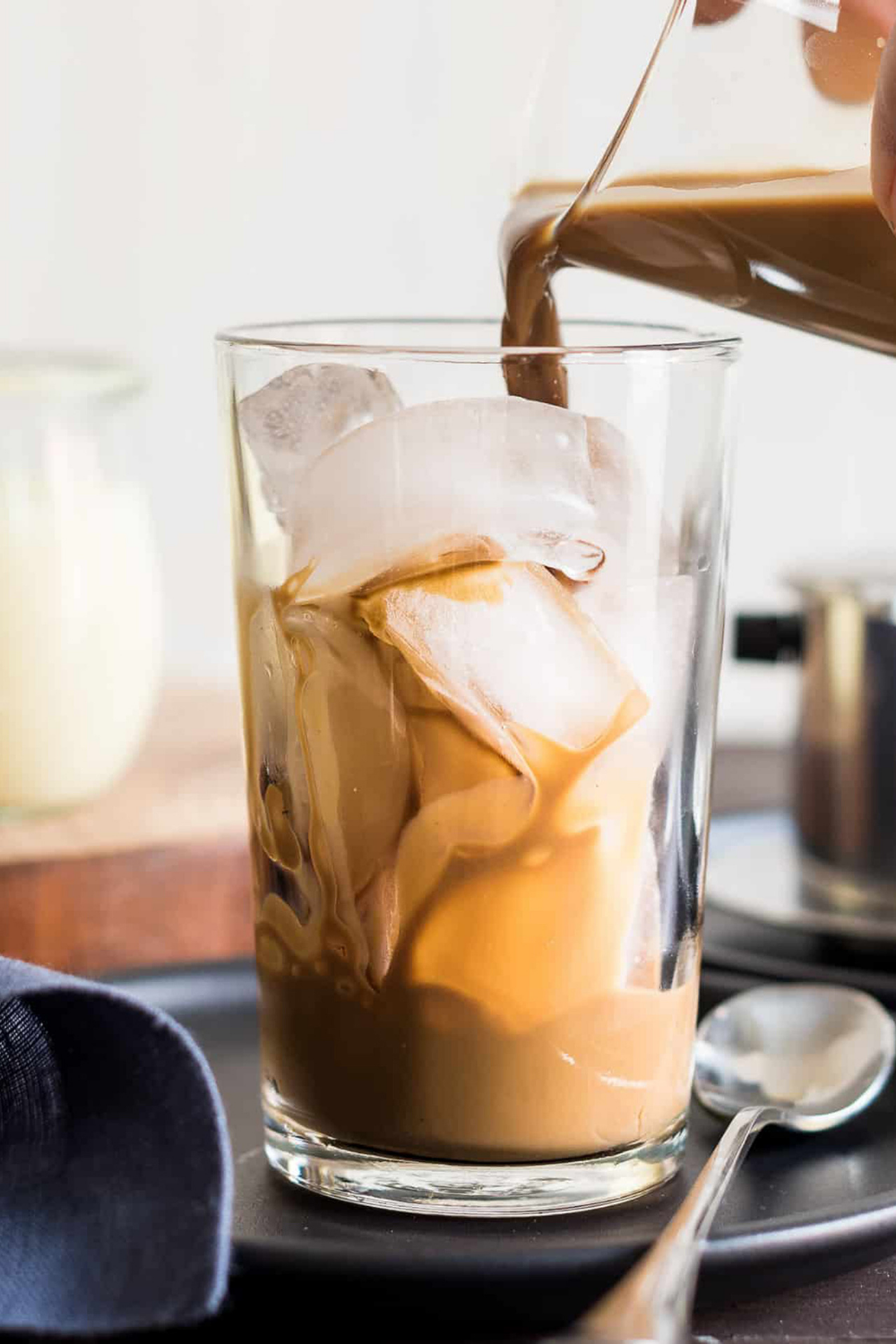