You’ve made bacon or hamburgers, and there’s grease leftover in your pan. You likely already know not to pour it down the drain, but there’s something else you need to know about cleaning that greasy pan. Don’t do it with hot water.

While it seems counterintuitive not to use hot water to wash a dish—particularly a greasy one you want to remove the gunky film from—the reason is similar to why you don’t want to just plop the stuff down your drain.

Because hot water will keep the grease emulsified, it’ll move down the drain in that state, as well. Once it’s in the pipes and away from the hot water, the grease will solidify again. but this time, it’ll likely stick to your poor pipes. Over time, grease accumulates and coats pipes, which leads to clogs.

According to Doyle James, president of Mr. Rooter Plumbing, cold water is the way to go, as it essentially turns grease into any other type of food waste.

“When fat, oil, and grease meet the cold water, it quickly solidifies,” James said. “The principles of water and gravity take over and wash it away.”

While this is a better method for cleaning your greasy pans, it’s still best to attempt to remove as much of the grease as possible before you start washing. After you’ve drained as much as you can into a container, you can wipe your pan down with a paper towel before placing it in the sink.

After you’ve gotten as much grease off them as possible, you can go to work on any burnt bottoms on your cookware and make them look brand-new again. 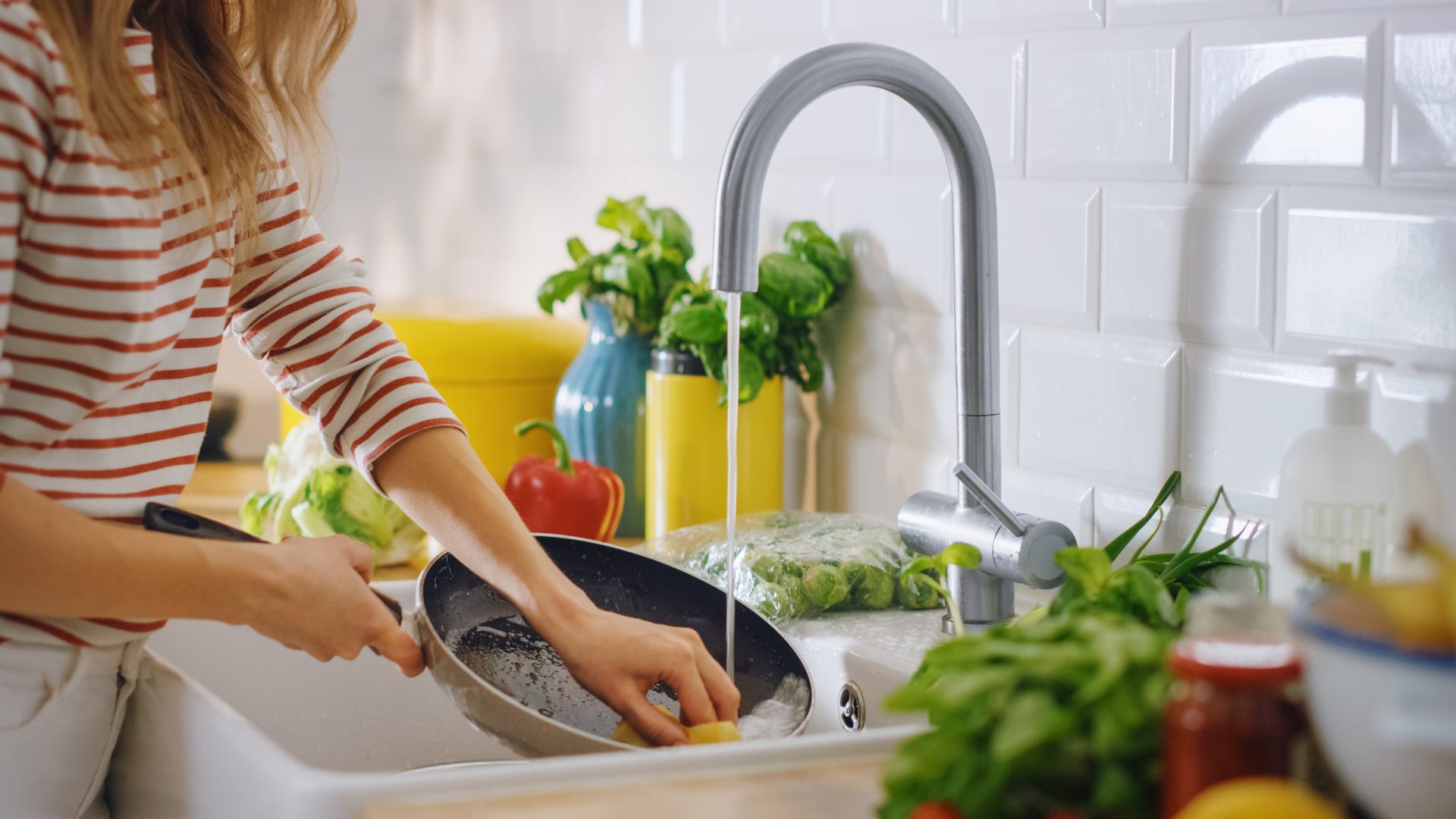 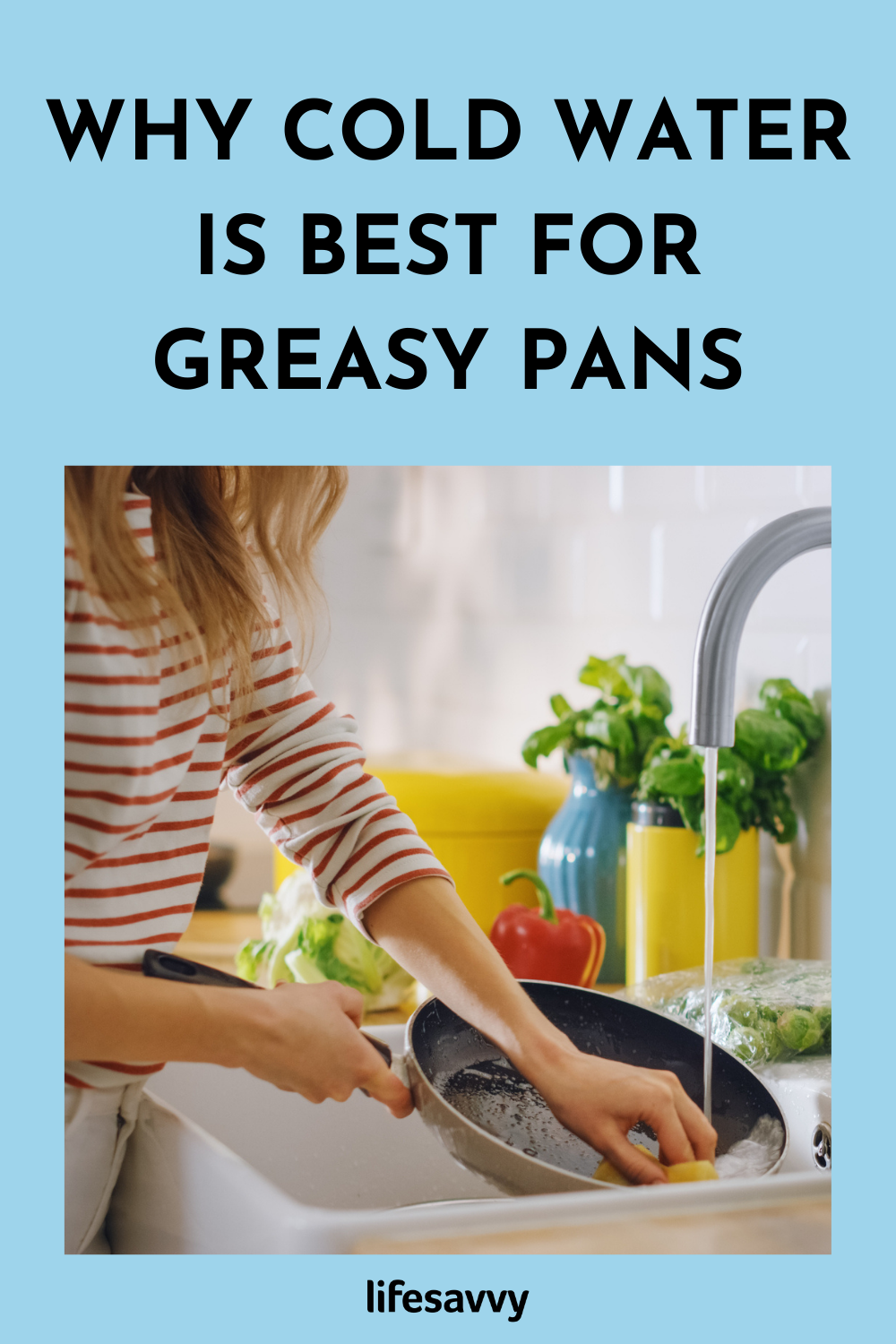