If you’re dumping in a load of white towels and you want to sanitize them, it’s easy to toss in a bit of bleach. But for colored fabrics, synthetics, and other no-bleach items, here’s what you can do.

While there are many ways to deodorize and even sanitize laundry, we’re focusing exclusively on methods that would past muster with a health inspector. That means no oxygen-based bleaches, no color-safe bleaches, and no vinegar, essential oils, or other products. Although things like vinegar will kill some organisms, none of the aforementioned items, when added to your laundry, qualify as a sanitizing or disinfecting agent.

The following practices are overkill for general laundering (plain old water and detergent do a pretty darn good job washing away just about everything on your clothing), but they’re great for getting funky smells out of sports gear and ensuring things like skin infections and other illnesses are purged from your clothes.

Use the Sanitize Cycle

If your washing machine has a sanitize cycle, you can take advantage of it to put the hurt on bacteria, fungi, and other pathogens on your clothing.

The cycle cranks up the heat to 165 degrees Fahrenheit using an onboard heating element. (Some washers also have a steam component that further helps put the hurt on microorganisms.)

If you happen to be in the market for a new washer and this is a function you’ll use frequently, check out the product documentation for any washers you’re looking at. Newer machines may have NSF certification that establishes the washer’s sanitation cycle kills 99.9% of microorganisms in the wash. (Older machines with sanitation cycles might do the same based on the temperature they reach, but the company simply didn’t apply for the certification.)

The only downside to the sanitation cycle is that 165 degrees Fahrenheit is pretty toasty as far as laundry goes, and using it will put some premature wear and tear on your garments.

Use a Laundry Sanitizer

The most readily available option (no need to go shopping at a commercial supply house) is Lysol Laundry Sanitizer. The active ingredients in the product are a handful of ammonium-chlorides that banish the bacteria in your laundry. When used as directed—added to the rinse load like a fabric softener and left to soak on the fabrics for at least 16 minutes—it has the same 99.9% bacteria-killing effectiveness as traditional Lysol disinfectants. The best part is you don’t need to use hot water for it to work. The ammonium-chloride formulation is just as effective in cold water.

Add a little to each rinse cycle like a fabric softener and enjoy bacteria-free and deodorized clothing.

Parents who wrestle with extra smelly sports gear, like football and hockey gear, swear by the stuff. You can get it in a variety of scents (and even an unscented version for sensitive skin). In our experience, the scented stuff is so mild that the scent is barely discernible after the required long rinse cycle. 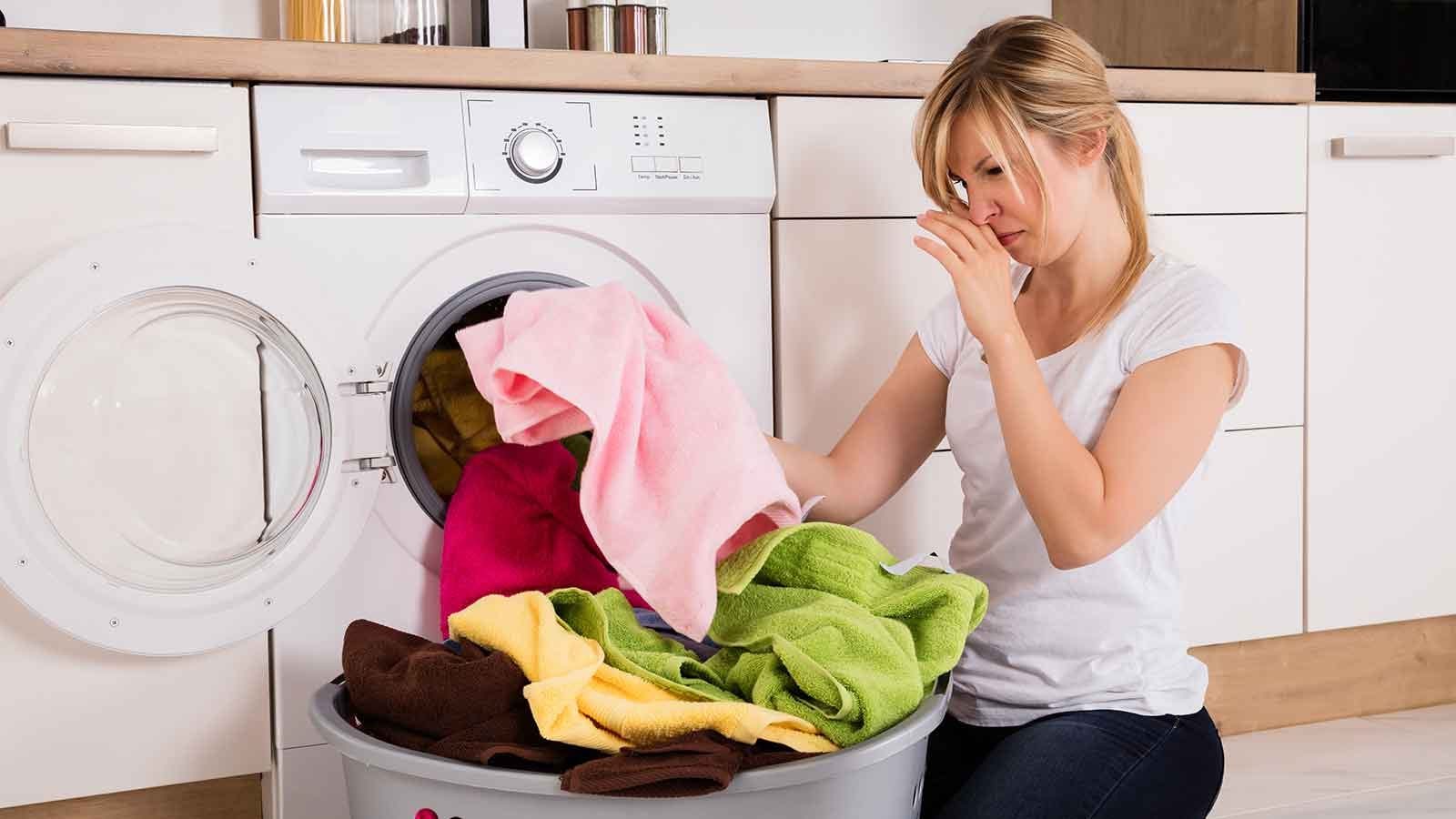