Nothing is more annoying than being unable to get that greasy residue off your dishes. Unfortunately, sometimes the dishwasher just doesn’t cut it. That’s where a staple item in your first aid kit comes in.

According to Bailey Carson, head of cleaning at Handy, the hydrogen peroxide works as a disinfectant when used on its own. However, when you mix it with soap, it creates a foaming, bubbly way to break down dirt.

RELATEDWhy You Shouldn't Run Cold Water Over Your Hot Pans

“When you add peroxide to dish soap, it breaks down into oxygen and water,” Carson said. “The soapy water then traps that oxygen, creating bubbles, making your dish soap extra foamy.”

To try this mixture, you’ll need some hydrogen peroxide with a 3-6% dilution level. If you’re using a dishwasher, add about two ounces of it to your detergent before starting the wash cycle.

If you’re handwashing, simply mix a bit with your dish soap as you scrub. Not only will the hydrogen peroxide help melt away stuck-on grease, but it’s also a quality sanitizer.

But that’s not the only unexpected thing this stuff can do. When mixed with baking soda, hydrogen peroxide is a fantastic option for cleaning shower grout and removing yellowing from tubs.

And all these years, we mistakenly thought this stuff was just good for cleaning cuts and scrapes. Who knew it could clean dishes and bathtubs, too? 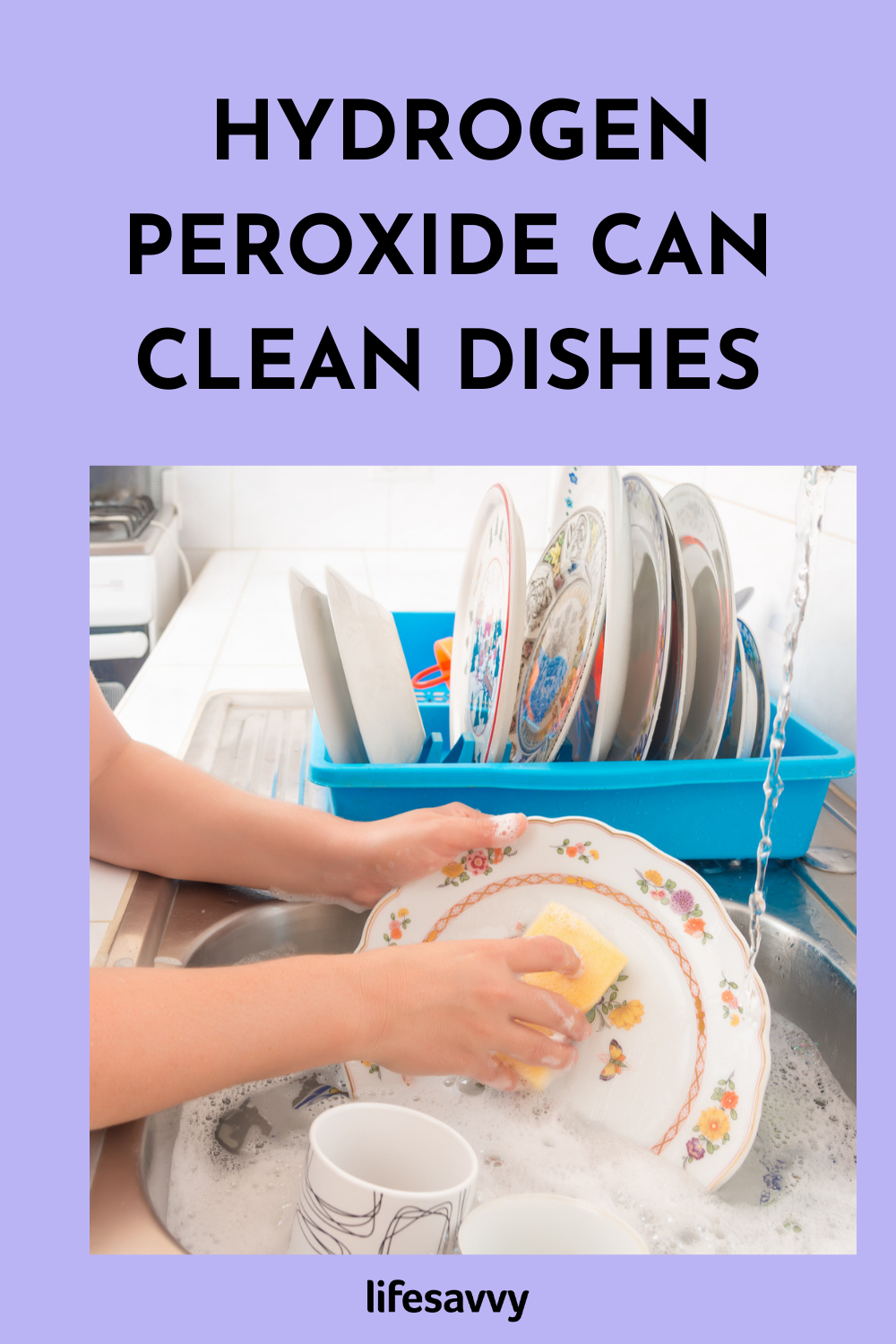