If you’re craving crusty, artisan-style bread, leave the loaf pan behind and grab a dutch oven. Learn why this lidded pot is a sure-fire way to get a perfectly golden-brown loaf every time.

You don’t have to be a skilled baker to get a perfectly crusted loaf of bread. Today’s trend-setting bread artisans are hooked on a super crusty, hand-formed loaf. While they may appear intimidating, it’s actually quite easy to create these imperfectly perfect loaves of bread.

Anyone is capable of it with the right tool. And, in this case, that tool is probably already in your kitchen. That’s right; we’ve got another excellent use for your dutch oven, baking bread.

Steam – The Magic Behind Artisan Bread

Many have turned to their dutch ovens for bread baking because of one magical ingredient, steam. In commercial bakeries, steam injection ovens are a thing. That’s because professional bakers know that their bread depends on it.

You see, when baking bread, the first fifteen minutes or so are vital. During that time, the loaf rises quickly. For this expansion to occur, you need moisture near the dough’s surface. This moisture or steam also creates the beginnings of your crust. When you release it later in the cooking process, the top layer of dough dries into a shiny, crispy surface, the kind you can’t wait to take a bite of.

There’s no need to invest in a fancy commercial grade oven to produce steam. A dutch oven is an easy home-cooking substitution.  By baking bread in a lidded pot, you create an oven within an oven. Moisture released from the dough’s surface is trapped in the pot and held right where it needs to be. Steam hovers along the surface of the dough, allowing for expansion and then a perfect crust, every time.

How to Bake Bread in a Dutch Oven, a Brief Step-By-Step Guide

Now that we know why a dutch oven works, how exactly do we use it? First, you’ll need to find a favorite bread recipe. You can make a traditional sourdough using a starter, but a bread made with commercial yeast will work too. Follow the recipe through proofing your loaf and then preheat the oven to 500 F.

Once the oven is hot, take your empty dutch oven and put it in. You’ll want to check your dutch oven’s manufacturer instructions to be sure this is okay. Some Dutch ovens are coated in a material that’s not meant to be heated while empty. If yours is solid cast iron with no coating, you should be good to go. Of course, if you’re concerned, Emile Henry sells a “Bread and Potato Pot” for this very purpose.

Preheat your dutch oven for thirty minutes to an hour. Then, add your proofed and shaped dough. Throw the lid on the pot (carefully, it’s hot). And then, place it all back in the hot oven. Remove the lid during the last 15 minutes of cooking to release any remaining moisture. This step ensures your bread had time to expand, and now it will finish forming a delightfully crispy crust.

Crusty loaves aren’t hard to come by when you use the dutch oven method. It’s a game-changer for sourdough, ryes, boules, and batards. The technique is simple enough that even a first-time baker can manage a decent loaf, and we love that it uses a tool you already have on hand.

Of course, bread’s not the only thing a dutch oven’s great at producing. There are all sorts of dutch oven uses to explore. Be sure to check out “19 Dishes to Make in a Dutch Oven that Aren’t Stew” and get the most out of this fantastic kitchen tool. 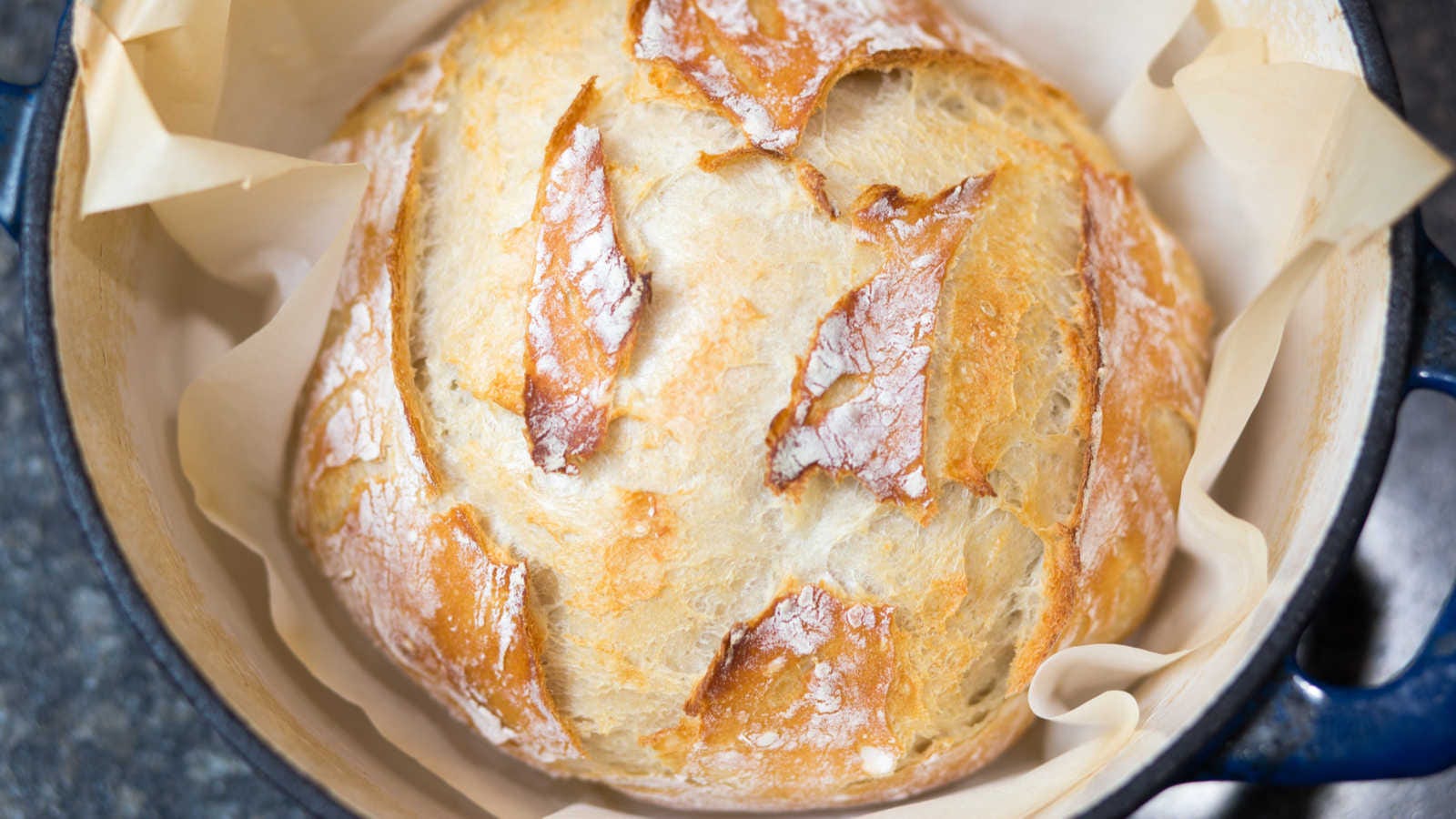