If you’ve ever encountered a house centipede you’d know it. They’re slender, silvery brown, and shockingly fast. Your first impulse would likely be to kill them on sight. But don’t! They’re the best bug to have in your home. Here’s why.

We know, we know. They’re super fast, startling, and, well, they’re bugs. Almost everyone’s first reaction to encountering a house centipede is a desire to kill it or at least get it out of their home as fast as possible. But, counterintuitively, the best thing you can do is leave them alone.

What Are House Centipedes?

House centipedes, formally Scutigera coleoptrata, are named such because of their propensity for setting up shop in human dwellings. They can, and do, live outside but the conditions of our homes are particularly enticing to them.

Originally from the Mediterranean region, they have hitched rides along with humans and slowly colonized almost the entire world over the last few hundred years. You can now find house centipedes throughout most of Europe, Asia, Africa, North and South America, and even in places like Australia and New Zealand.

The centipedes are easy to identify, especially because it is unlikely you have anything else that looks even remotely similar in your home. They can be so tiny that it’s difficult to see them without looking closely, but their adult size is 3-4 inches in length.

They look even larger and more startling, however, on account of their numerous and long legs—the “footprint” of the centipede is significantly larger than its core body thanks to their long and slender legs as well as its very long antenna. The body of the house centipede has alternating silvery brown stripes and lighter yellow strips that run from head to tail.

Although good luck telling the head from the tail. Part of the spooky nature of the house centipede is that its antenna and last set of legs are nearly identical in shape, which gives you very little indication which direction it’s about to dash off to when you come across one.

But good luck getting a close look at one unless you happen to catch on standing still for a moment because they move with absolutely startling speed. Aside from their distinct body shape and coloration, the most defining characteristic is how unbelievably fast they are.

Why Should I Leave House Centipedes Alone?

There’s a good chance if you came across this article by way of a search engine that you were both trying to figure out exactly what the hell that demonically speedy bug scurrying across your wall was and how to get rid of it.

We’ve already established what the speedy little guy is, so allow us to offer an impassioned defense in favor of leaving him to his own devices.

House centipedes don’t pose any threat to humans and are almost entirely harmless. In fact, short of trapping one and roughly handling it, you’ll never get bitten by one because they would like nothing more than to avoid you. If we’re being technical, by the way, they don’t even bite they sting: they inject a mild venom into their prey using two short leg-like structures near their mouths.

RELATEDWhy Are There So Many Wasps Around My House Every Spring?

Humans are clearly not their prey but their preferred prey is exactly the reason you should leave them be. House centipedes want nothing to do with you and everything to do with the other creepy-crawly bugs that populate your home.

House centipedes hunt and eat spiders, ants, wasps, roaches, flies, moths, earwigs, silverfish, termites, bed bugs, and other assorted household anthropods as well as the eggs and larva of all of the above creatures.

If you aren’t a fan of bugs, then paradoxically the best thing to do is leave the bug that just startled you—the industrious and lightning-fast house centipede—to live out his surprisingly long life hunting all the bugs you hate. Leaving a tiny baby house centipede to grow up means potentially getting up to seven years of free extermination services!

What Should I Do When I Find a House Centipede?

Even if you’re now on board with leaving the house centipede in your home—because having a little multi-legged John Wick running around killing spiders and ants sounds amazing after all—you probably don’t want to go to bed with the thing hanging out on your bedroom ceiling. That’s fair.

While you aren’t running any risk by just leaving them totally alone to scurry off on their own, your housemates, spouse, or kids, may not share your calm appreciation of the humble house centipede and his hitman ways. The routine I use in my own home is to relocate house centipedes to the basement using a wine glass.

You can use any tall glass but a wine glass is particularly well suited for rehoming a house centipede. Simply place the glass over the house centipede and wait for it to move, inevitably following the curve of the glass. The tall curved walls of the wine glass prevent the centipede from escaping once you have the glass upright and you can release him somewhere else by simply tilting the glass and giving it a little flick. In return for letting him live another day, he’ll eat all the spiders in your basement. It’s a win-win situation!

How Do I Prevent House Centipedes?

Despite our impassioned defense of the house centipede, we understand that bug-slayer or not you might just hate all bugs and want none of them, helpful or otherwise, in your home.

So let’s start with the most obvious thing. The house centipedes are in your home because your home has the things they want. Killing the house centipedes is a bad solution because it doesn’t address why they moved into your home in the first place. If you kill them off you’re left with a house full of whatever it was they were munching on (minus the predator doing the munching, at that).

First, tackle humidity issues in your home. House centipedes, like many bugs, require environmental moisture to breathe properly as they lack the more sophisticated lung structures we have. The reason you’re more likely to find a house centipede (and many other bugs) down in your basement rather than up in your attic is that the cool damp conditions in the basement are ideal for them.

If you decrease the humidity by, say, running a dehumidifier or air conditioner, then you make your home less appealing to house centipedes and their prey. If it’s too dry and there’s nothing to eat, they won’t want anything to do with your house.

In addition to running the dehumidifier to get the moisture out, look for what might be introducing the moisture in the first place. Poor drainage around the home, clogged up downspouts, plumbing leaks, weak or malfunctioning bathroom fans, can all contribute to moisture buildup in the home.

While you’re at it, look around the exterior of your home for less obvious issues that contribute to moisture buildup. An overflowing downspout is an obvious source of water, but issues like piling up mulch really high against your foundation can also contribute to moisture in the home. You want water to move freely away from your home.

Seal the Cracks and Gaps

Despite what medieval scholars might have believed, bugs don’t just appear out of the ether. If there are house centipedes in your home then they (or their great grandparents at any rate!) got in somewhere. Further, the bugs they are feasting on got in somewhere too.

Not only is making sure your home is sealed up tight good for your utility bills and keeping out moisture, it keeps out the bugs. So take the time to inspect around windows, doors, the foundation of your home, the places where utilities entire the home, and where the appliance exhausts and such exit. Pretty much anywhere that the sheath of your home, the barrier between the inside and out, is penetrated by anything—your dryer vent, the hole the cable guy drilled, etc.—you should make sure it’s sealed up.

If you have numerous house centipedes and other pests in your home you might consider hiring a professional exterminator. The exterminator will both help you deal with the various pests as well as help inspect your home and make suggestions to remediate any issues you may have overlooked.

Although that said, if you don’t feel like you have much of a pest problem in your home other than you see a house centipede or two now and again, consider this: the house centipede is your exterminator. If you see them and next to no other bugs then your home is likely existing in a sort of balance where the house centipedes are keeping the population of other insects in check.

If you do go the extermination route, be sure to revisit the “seal the cracks and gaps” advice to ensure you’re not wiping out the natural predators in your home and leaving it wide open for other bugs to move right in.

Ultimately it’s your home and if you want nothing to do with house centipedes in it, that’s your call. But we hope you’ll give the little guys a chance to keep on doing what they do best: hunting down the rest of the bugs you’d rather not deal with. 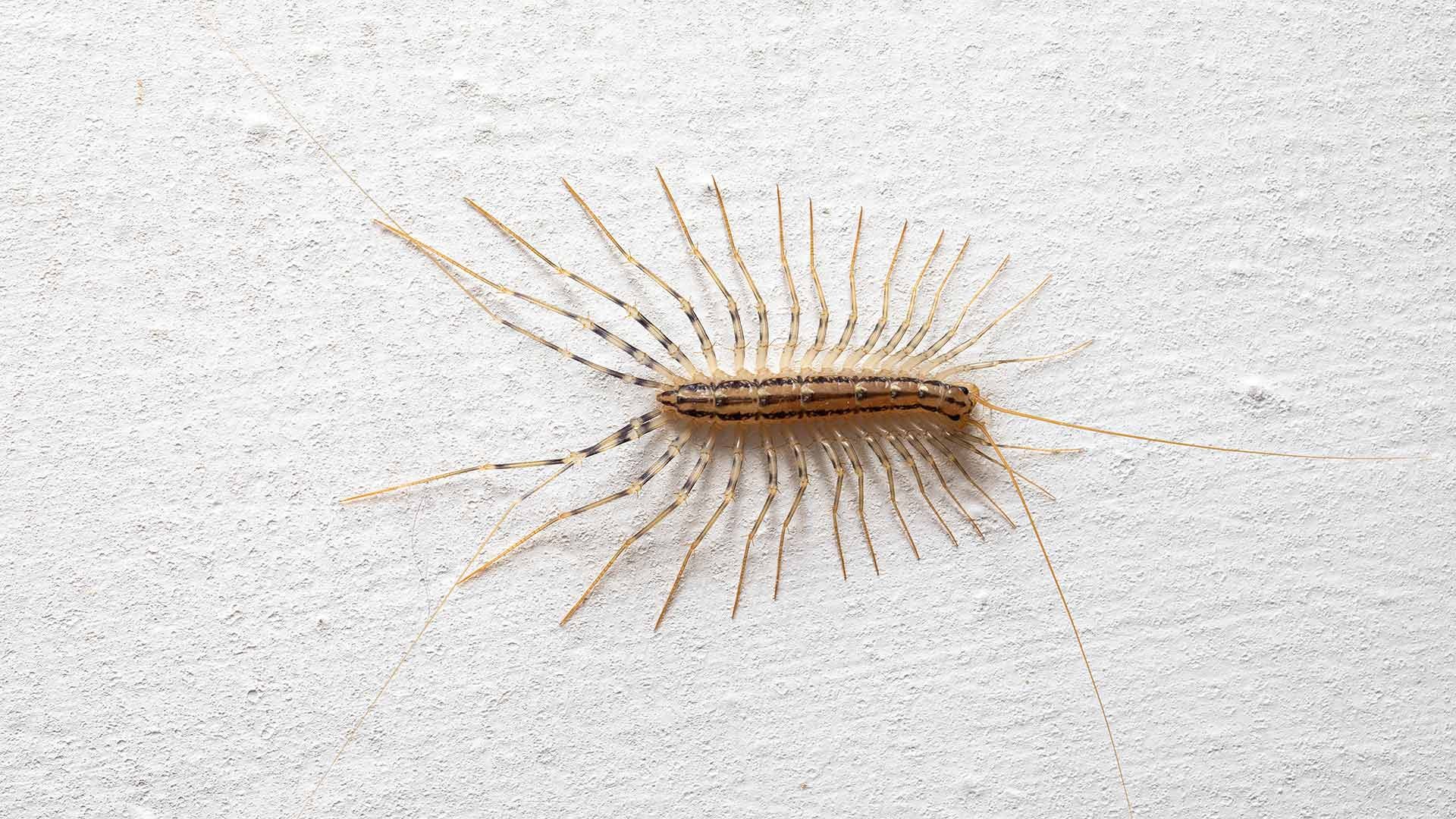 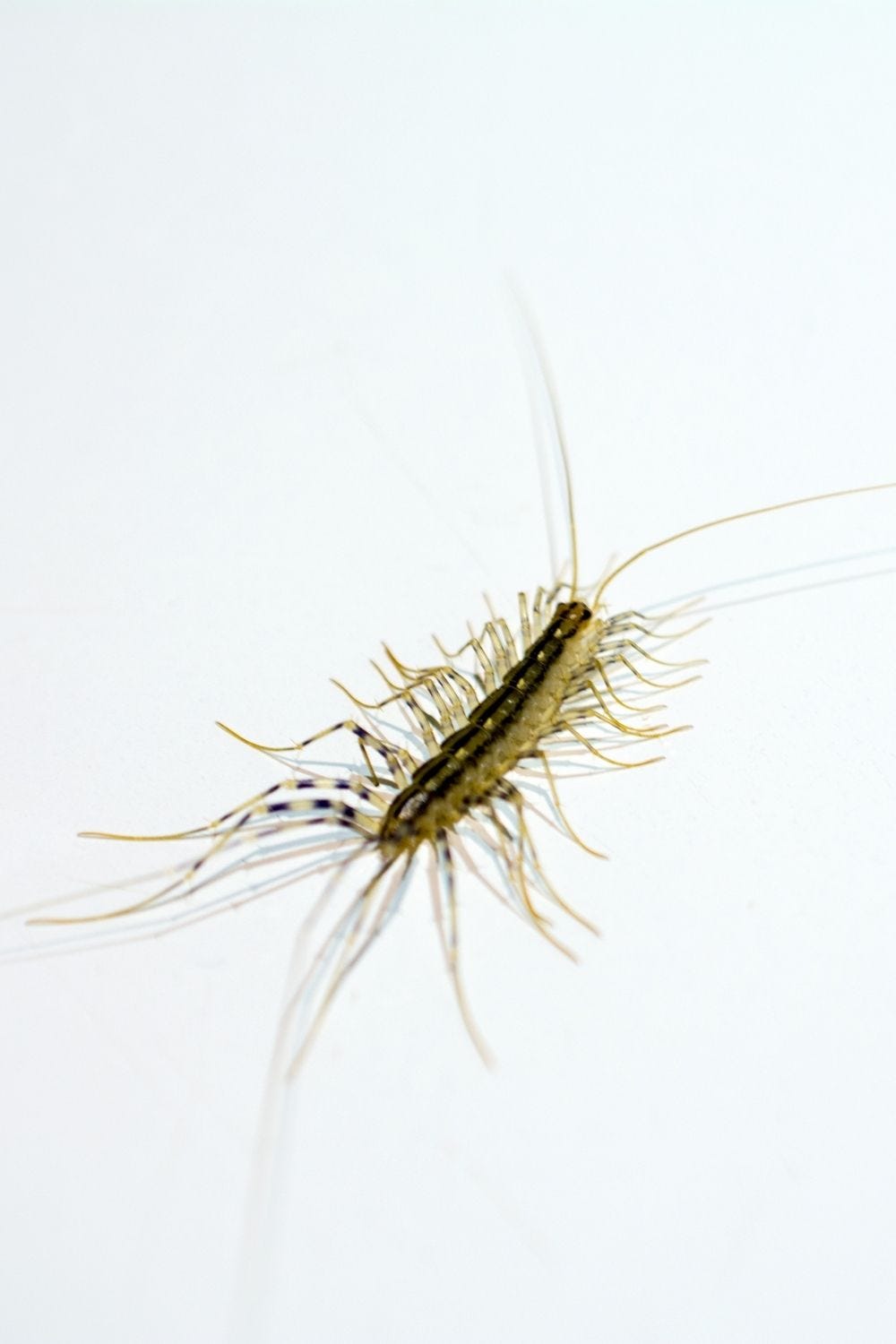