If you’ve ever looked at your bank account only to discover you’re $50 over budget thanks to all the coffee shop trips, you and I are the same. For the sake of my wallet, I had to rethink my habit and that’s where a milk frother came in.

I’m not one of those lucky people who have an at-home espresso machine with a built-in steamer or frother. I’d love one, but as I mentioned, my wallet and I are in a love/hate relationship most of the time.

To make cutting back on Starbucks easier, I decided not to spend money I didn’t have on a new coffee machine. Instead, I bought an affordable handheld milk frother, and it completely transformed my boring home brew into a high-class cuppa!

Why a Milk Frother?
How It Works
Some Alternatives
Time to Break the Habit?

Why a Milk Frother?

RELATEDWhat’s the Deal with Matcha?

Sure, my budget inspired me to liven up my at-home coffee, but don’t underestimate the power of Instagram. From matcha lattes to simple brewed coffee, I saw content creator after content creator crafting beverages that looked as though they’d come from a proper coffee shop. And they were all doing it in the comfort of their own kitchens with milk frothers. I wanted in on the action and so did my wallet.

When I went hunting for a frother, I knew I wanted something easy to use, affordable, and small. I live in an apartment and don’t have the counter space for a plug-in appliance, so I narrowed my searches down to handheld options.

As results began popping up, I further narrowed my options by looking for one that was rechargeable. While battery-operated milk frothers are good, I’m horrible at remembering to purchase batteries.

Plus, I just prefer the ease of plugging an item in for a quick charge. That way, if my frother ever refuses to hold said charge, there’s a good chance I’ll have already gotten the most bang for my buck.

Finally, I set a budget of no more than $20, and that’s when I found the Ximu Handheld Milk Frother. Not only did it meet all of my criteria, but it also had some pretty stellar customer reviews—over 6,500 ratings and a cool 4.4 out of 5 stars.

With all my initial needs met, I ordered the frother, and it arrived just two days later (thank you, Amazon Prime). The tool came in a simple and small cardboard box that was easy to open. Inside, there was the electric handle, frothing attachment, an egg white whisk, stand, and USB charging cable.

While an egg white whisk is great for those who love a good cocktail, it was simply an added bonus, so I placed it in my (messy) utensil drawer and moved on.

The main component features a space where the stainless steel frother attachment can be inserted. Once inside, you can choose between three different speed settings controlled by a button at the top of the electric handle. Each time you press it, the spin intensity increases. To turn it off, you simply hold the button down.

To get started, I brewed my normal cup of coffee and poured it into a mug. Yes, I promise, it’s just an average (or well, probably below average) cup of coffee brewed in a Mr. Coffee coffeepot that desperately needs to be descaled. There’s nothing special to make this frother any more magical.

Then, I grabbed a second glass and poured a bit of vanilla coffee creamer and a splash of heavy cream. I inserted the frothing tool—keeping it near the surface—and turned on the first speed. It was the perfect intensity.

Within less than a minute, the creamer in the cup had bubbled up creating a creamy, frothy topping for my coffee. I poured it into my mug and had one of the prettiest and most pleasant cups I’d had in a while.

As for clean-up, I removed the stainless steel attachment, rinsed it in hot water, and gently used a small amount of dish soap and a non-abrasive sponge. It was simple and easy with little mess.

While I love the simplicity of my handheld frother, there are certain things it just can’t do. From heating milk to auto-shutoffs, these alternative frothers are ideal if you prefer something with more bells and whistles:

Breville BMF600XL Milk Cafe Milk Frother: If you want steamed or warm milk, a handheld frother won’t cut it. A luxury option like Breville’s allows you to add flavors, adjust the temperature, and froth up to three cups of milk at a time.

EZBasics Milk Frother: This model has similar features to the Breville, but costs a lot less. It works with cold milk, but can heat it up, as well. It also has an automatic shutoff, so if you’re a bit absent-minded in the mornings, your milk won’t suffer.

An upgrade without the luxury price tag.

Time to Break the Habit?

Sure, the frothy top of my milk didn’t come out in the shape of a heart or those popular leaf-looking designs, and I didn’t brew espresso or add fancy syrup or chocolate shavings. But simply adding the hint of froth made me realize I didn’t have to sit in a Starbucks drive-thru line every day.

In addition to helping me break my coffee shop habit, though, this frother is easy to store, clean, and use. It creates little mess and holds a charge well. If you’re like me and looking to break your own coffee-buying habit, a frother might be just the thing! 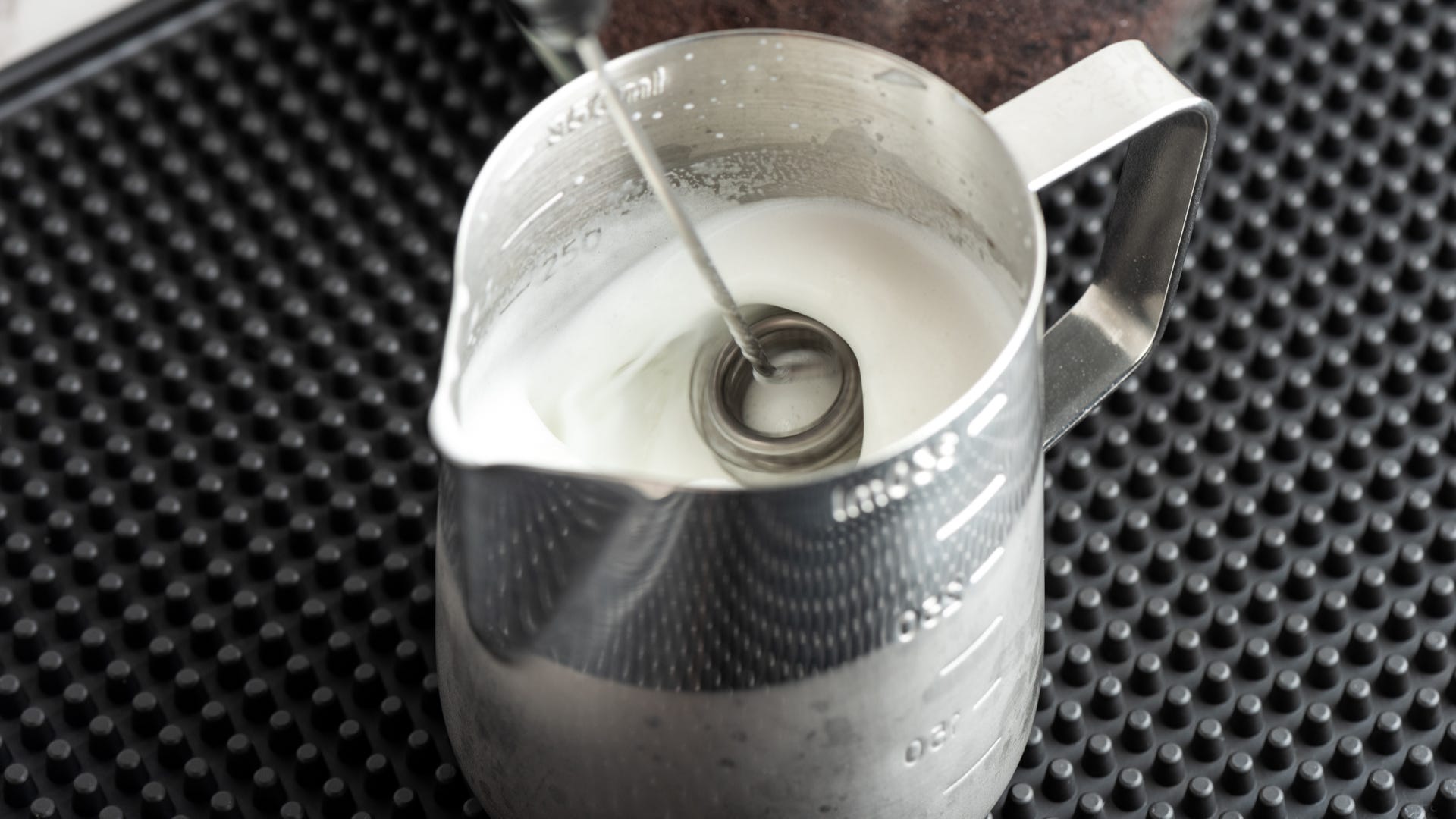 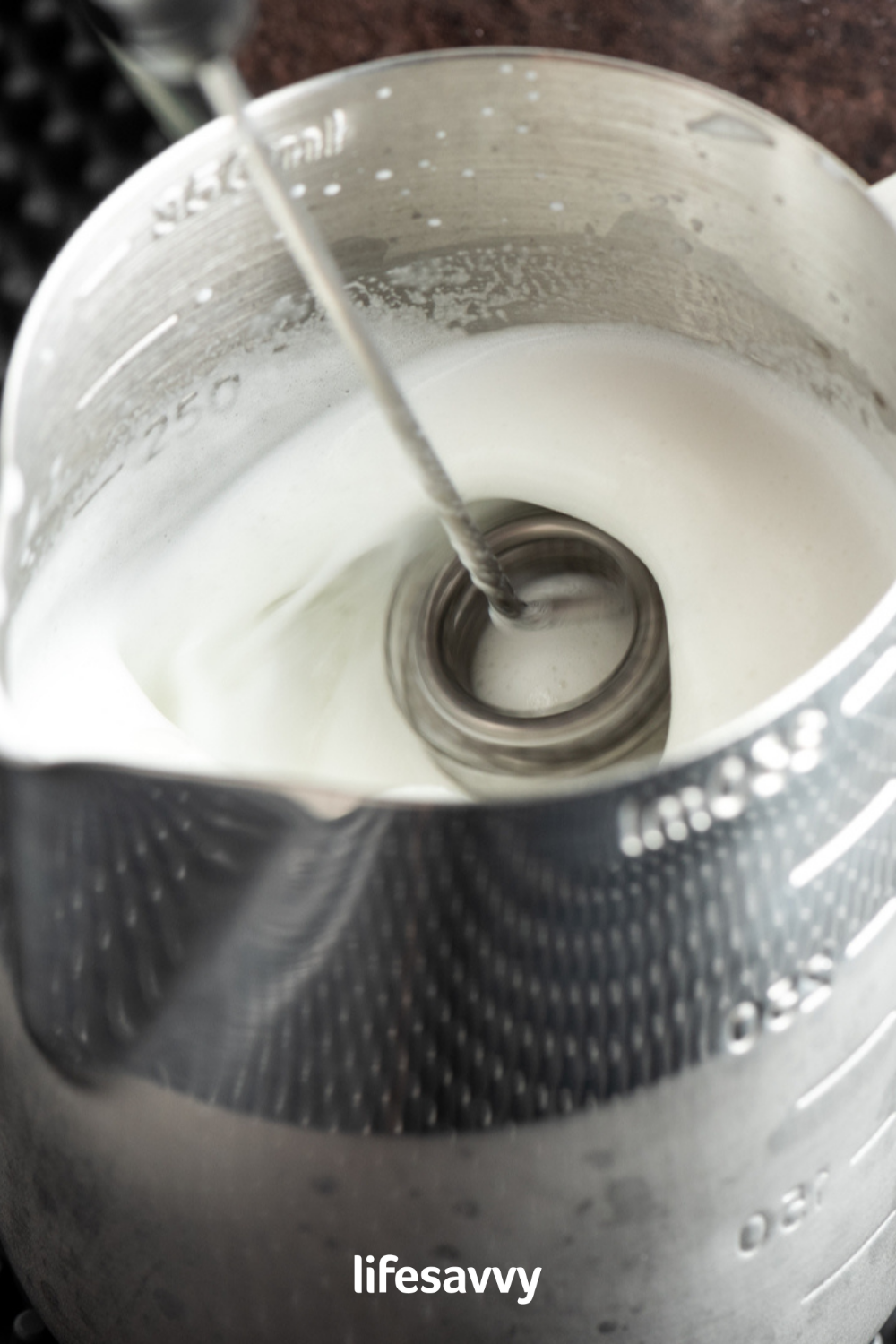 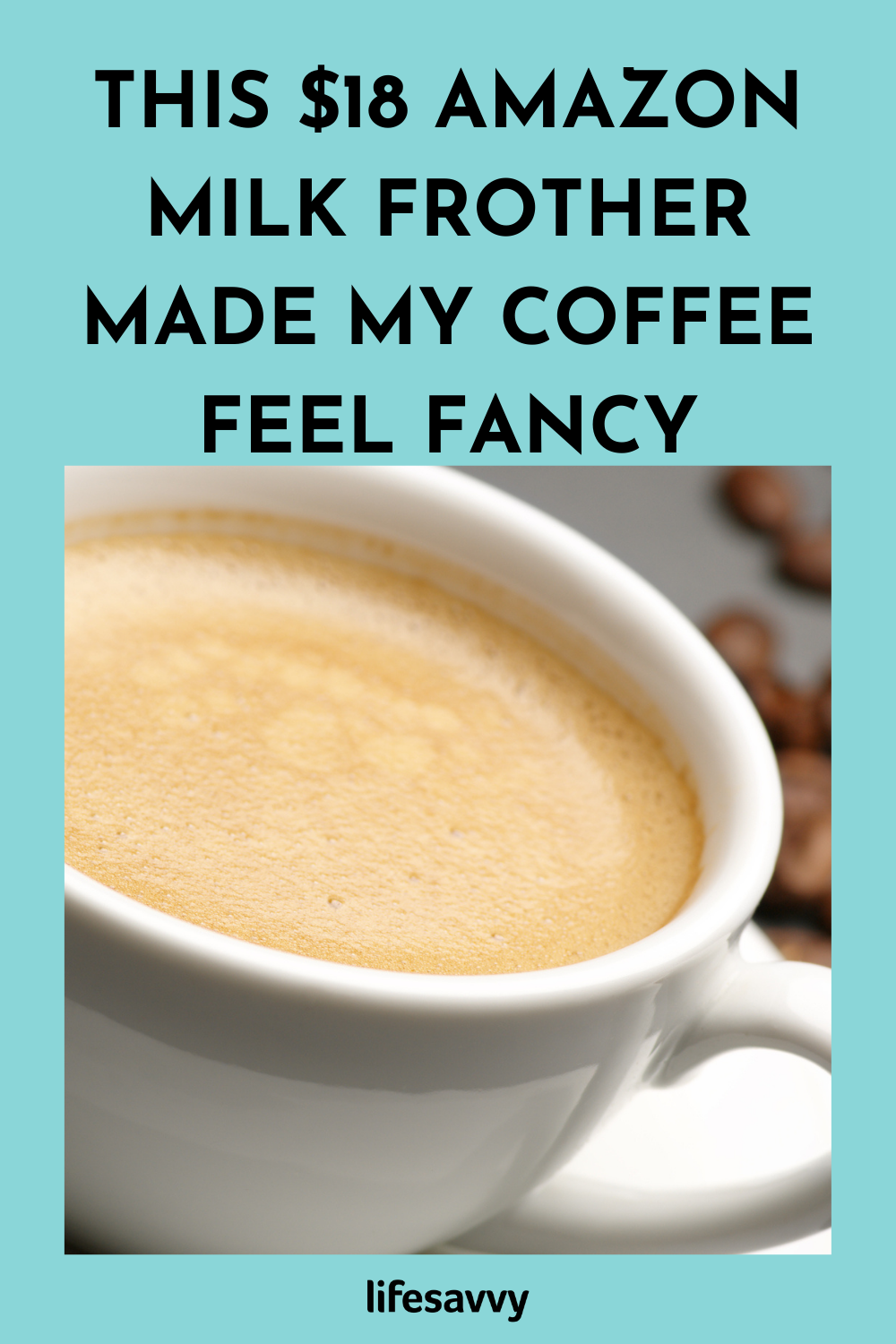