So, you got an air fryer and have already tried some of the internet’s most viral creations. For some reason, though, you just can’t seem to master the classic French fry. According to one recipe, you might be missing one key ingredient.

Mike G, content creator over at Pro Home Cooks, took to TikTok to reveal his recipe for the most perfect air-fried French fries. Turns out, it’s baking soda that makes this side dish so tasty.

First, he runs a russet potato through a fry slicer, and then fills a pot with water and a teaspoon of baking soda. That’s the key, as it makes the water alkaline and breaks down the exterior of the potato while the starch is pulled out. This process helps the fries become crispier.

Can you make a good French Fry in the air fryer???

Once they’ve boiled for about 10 minutes, he drains them, coats them in oil, and then lets them sit in the fridge for 30 minutes. Now, it’s time for the air fryer. He sets the temperature to 330 degrees Fahrenheit and fries them for 15 minutes.

An all-around great value with a powerful heating element and easy-to-use controls.

Then, he removes them, allows them to sit for 15 minutes, and then air fries them again, but this time, at 380 degrees Fahrenheit for seven minutes. Take them out, give them some salt, and you’ve got crispy air-fried French fries.

Now that you’ve mastered fries, check out some of the foods you probably didn’t even know you could make in your air fryer. 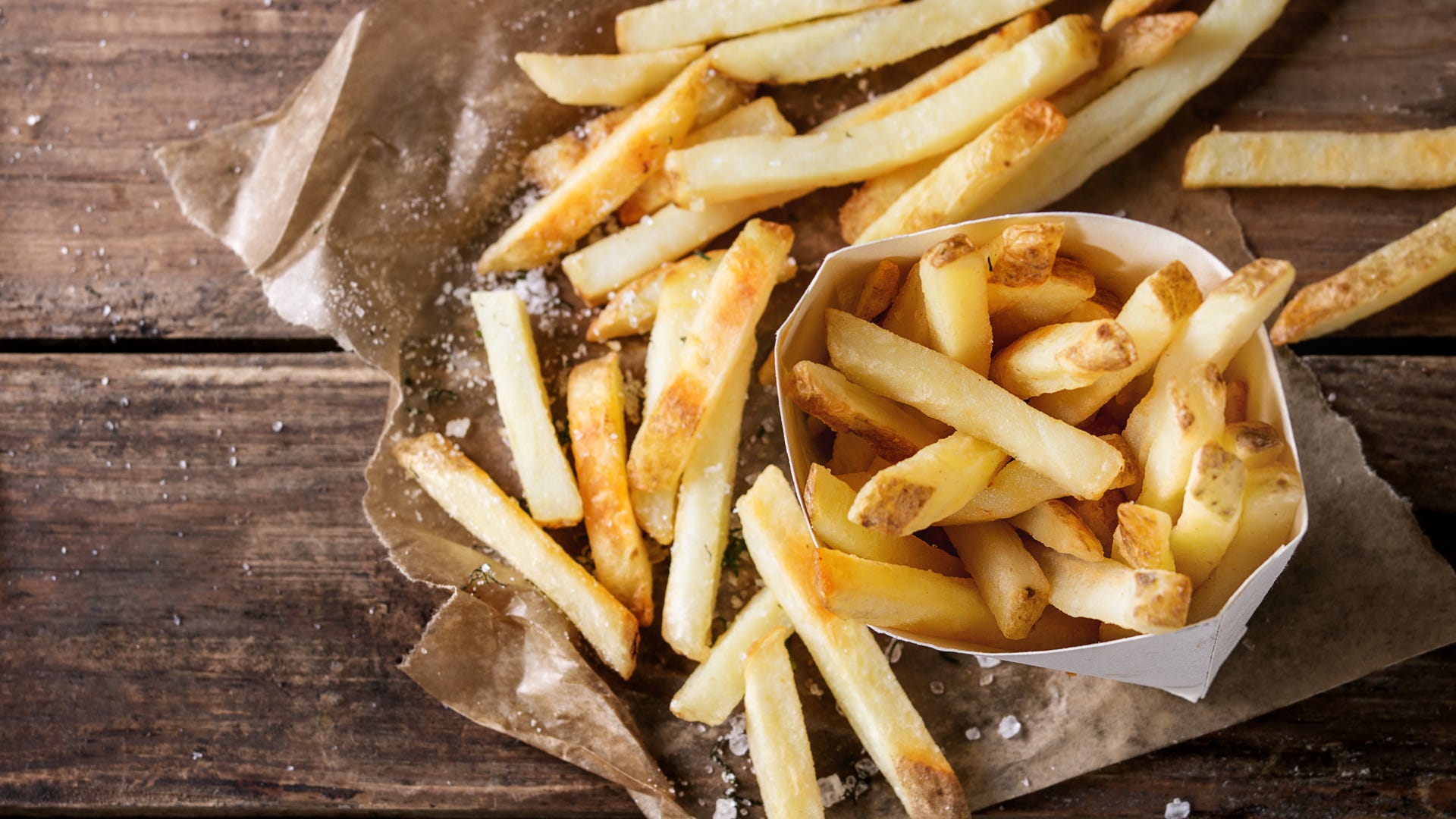 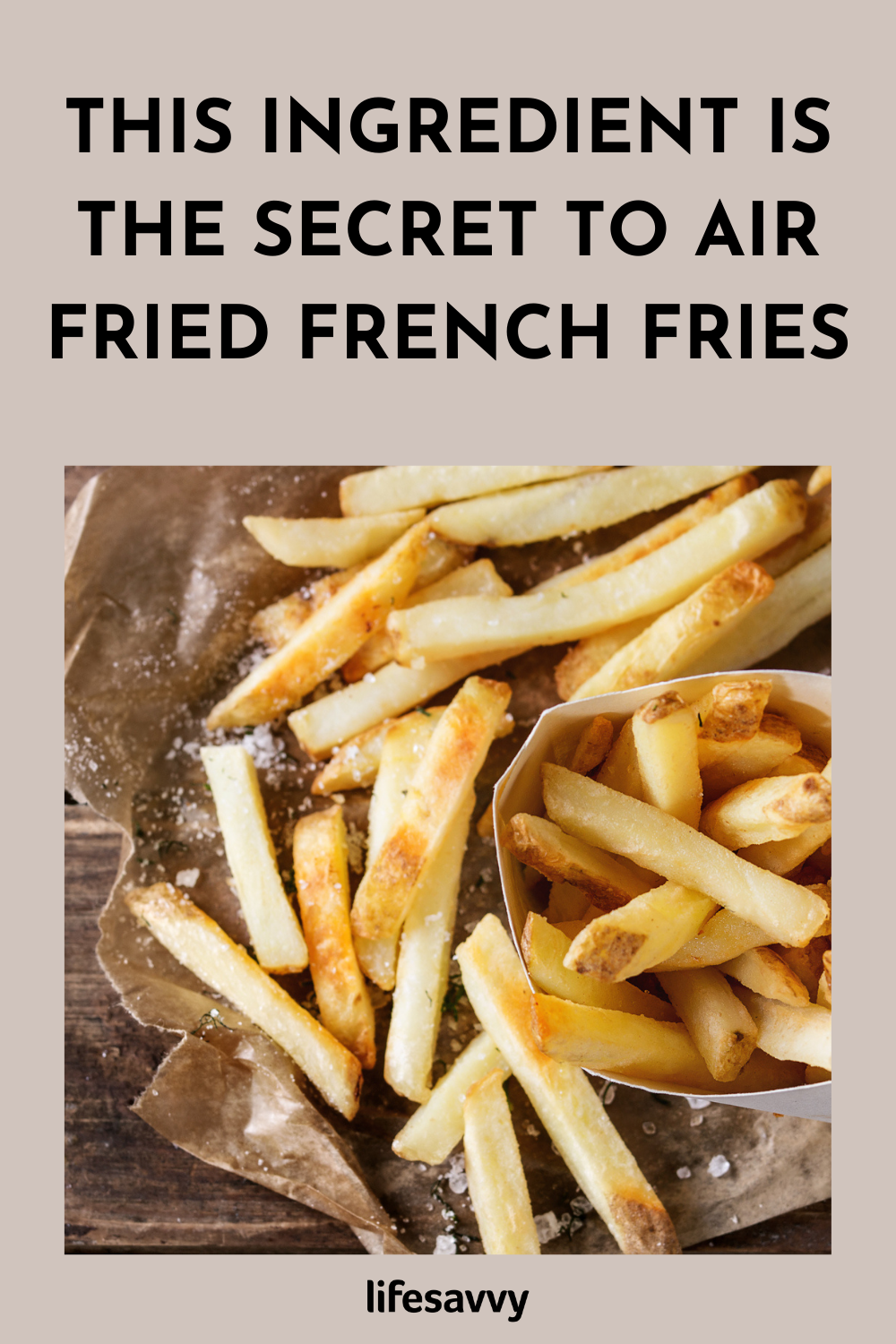