Whether you’re traveling alone or with a small group of friends, one of the best things about traveling is meeting new and interesting people—whether they’re locals or tourists too. Here’s how to go about doing it.

I’ve spent the last four years traveling pretty much non-stop. I’ve met hundreds, if not thousands of new people, with the tips below. The big secret to building a social life when you travel is that all you need to do is meet a single new person in each place. They’re likely to introduce you to their friends, and all of a sudden you’re hanging around with a group of five or ten.

Be Open to It

The key to meeting new people while traveling is super simple: be open to it, and give everyone a chance. If you pass judgment on everyone you meet, return every greeting with a grunt, and lock yourself in your hotel room in the evenings, you’re not going to get very far. Even the most social people won’t approach someone who’s sitting in the corner scowling at passersby.

On the other hand, if you’re open to chatting to and meeting new people, you’ll quickly make friends with minimal effort. Just saying hello to your seatmate on a bus or train trip can be enough to start a lifelong friendship.

Also, it’s important not to reject people out of hand because they don’t fit your standard friend profile. Travel broadens the mind, and one of the ways it does that is by exposing you to people you wouldn’t usually get the chance to spend time with. Hang around with older couples, teenagers on gap years, locals, and anyone else you can. If you just look for people like you, you’re doing it very wrong.

RELATEDHow to Make the Most of Your Hostel Experience

If you’re open to the idea of meeting new people, the next step is to put yourself in situations where you can actually do it. If you stay in a business hotel on the outskirts of town and only do solo activities, like go to the cinema, you’ll struggle to make friends, no matter how keen you are to do it.

One of the easiest ways to do it is to stay in a hostel. If you’re up for it, stay in a dorm room. It’s not as bad as it sounds, and you’re almost socially obligated to at least introduce yourself to your roommates. I’ve met a lot of people just by staying in dorm rooms.

Even if you need the space of a private room, hostels are still a great way to meet people. Hang out in the bar, and chat with the staff and guests coming through. You’ll quickly strike up a conversation, often with another solo traveler. Bam! Instant friends.

Do Group Tours and Activities

Group tours and activities are another great way to meet other travelers. There’s a reason so many hostels organize them.

While you can do any paid tours you like, and they’re often wonderful, most cities also have a decent collection of free walking and guided museum tours—though you might be socially obliged to tip. These tours are a fantastic way to get a feel for the city, and since you’re spending two or three hours with a group of other tourists, you’ll naturally start chatting. 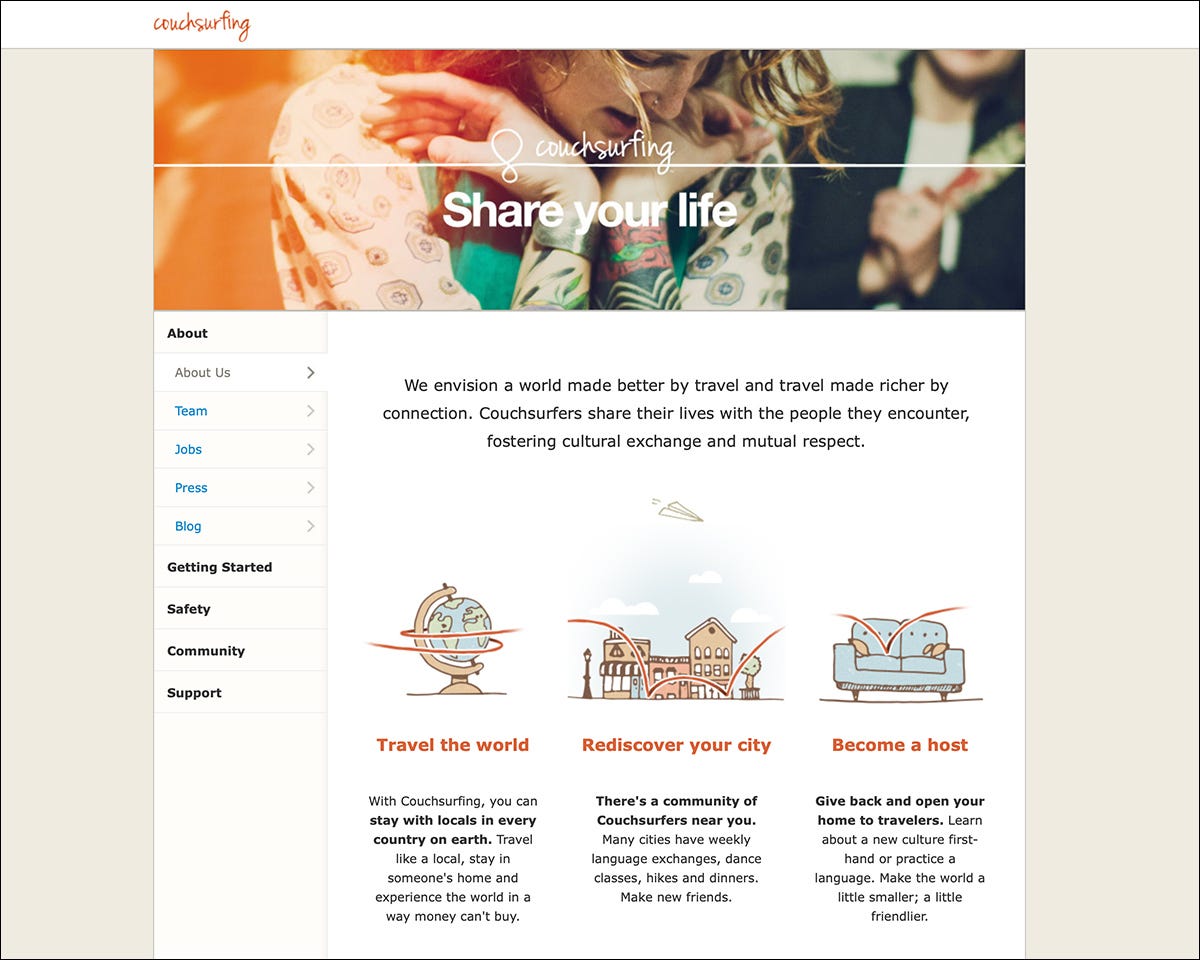 Airbnb hasn’t been great for the couchsurfing movement, but it’s still out there. If you’re looking to travel for very little and meet locals, it still has potential.

The problem is that as there are fewer hosts than there used to be, they can be more selective about who they let stay on their couch (or in their spare room). Unless you’ve been active on Couchsurfing for years and have already built up a good profile, you might be out of luck.

However, if you do find someone to take you in, you’re almost guaranteed a good time. Most couchsurfing hosts pride themselves on giving their guests a great, authentic local experience. Expect them to take you out, introduce you to their friends, and generally just make sure you have an awesome time—and meet lots of new people.

Keep Up a Hobby 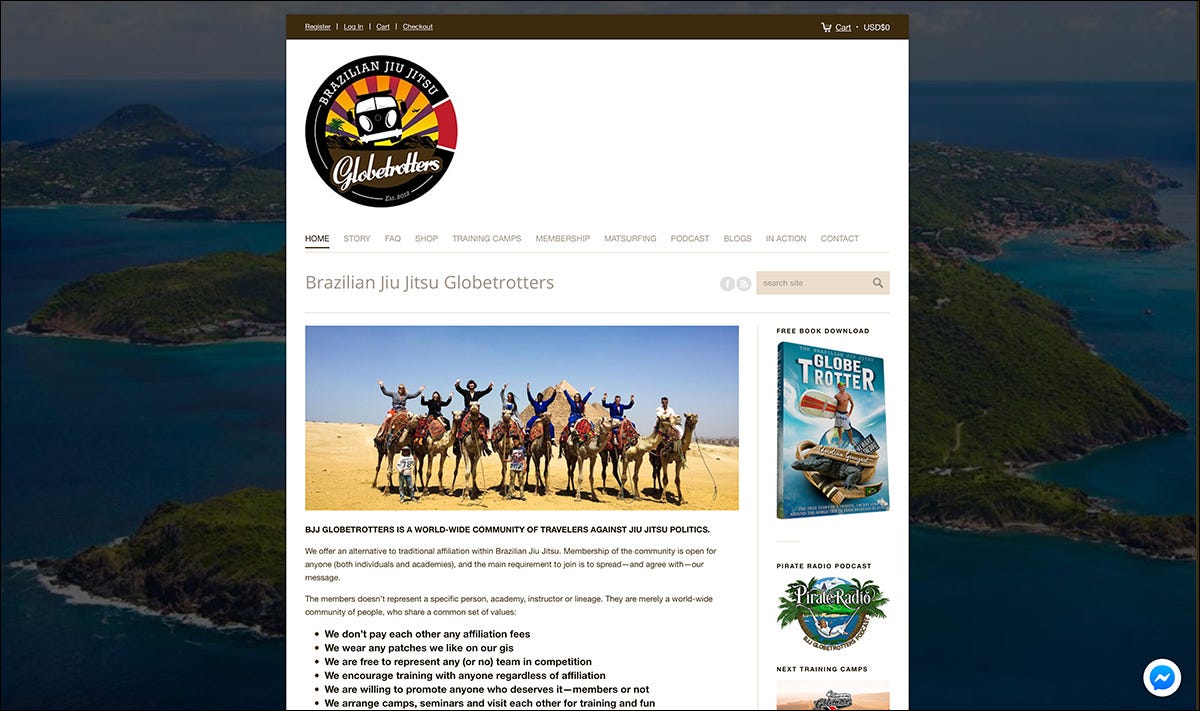 If you have a hobby that travels, do it while you’re away. For example, if you do Crossfit, MMA, BJJ, or a similar sport where there’s a real culture of drop-ins, it’s very easy to meet friends. Just find the closest box/gym/club and contact them to ask about etiquette and fees. Most of the time, it’s not an issue at all. I had a great day in San Diego after I got talking to a guy at a BJJ gym—he took me back to his boat, where we cooked steak and waited for the tide to change so we could go surfing.

Even if there aren’t official clubs, keeping up a hobby or sport is still a great way to meet people. If you play chess, see if there’s somewhere where people play. If you skate, find a local park. If you run, use Strava to find the best local runs and go there. Just by engaging in the same activity as other nearby people, you’re likely to get talking.

Swipe Around on Dating Apps

Dating apps like Tinder and Bumble are another good way to meet locals, and not just in a romantic way. Bumble especially has a BFF feature that’s explicitly for making friends.

When you arrive at a new destination, log in to your app of choice and swipe around. If your bio is clear that you’re in town for a few days and looking to meet people to hang around with rather than on the hunt for a hookup or romantic partner, there’s a good chance you’ll have some success. Just be straight up in your messages as well. You don’t want to lead someone on who thinks they’re going on a date when you’re just looking for people to do things with.

Also, dating apps are an excellent way to meet travelers who are similarly looking for friends. 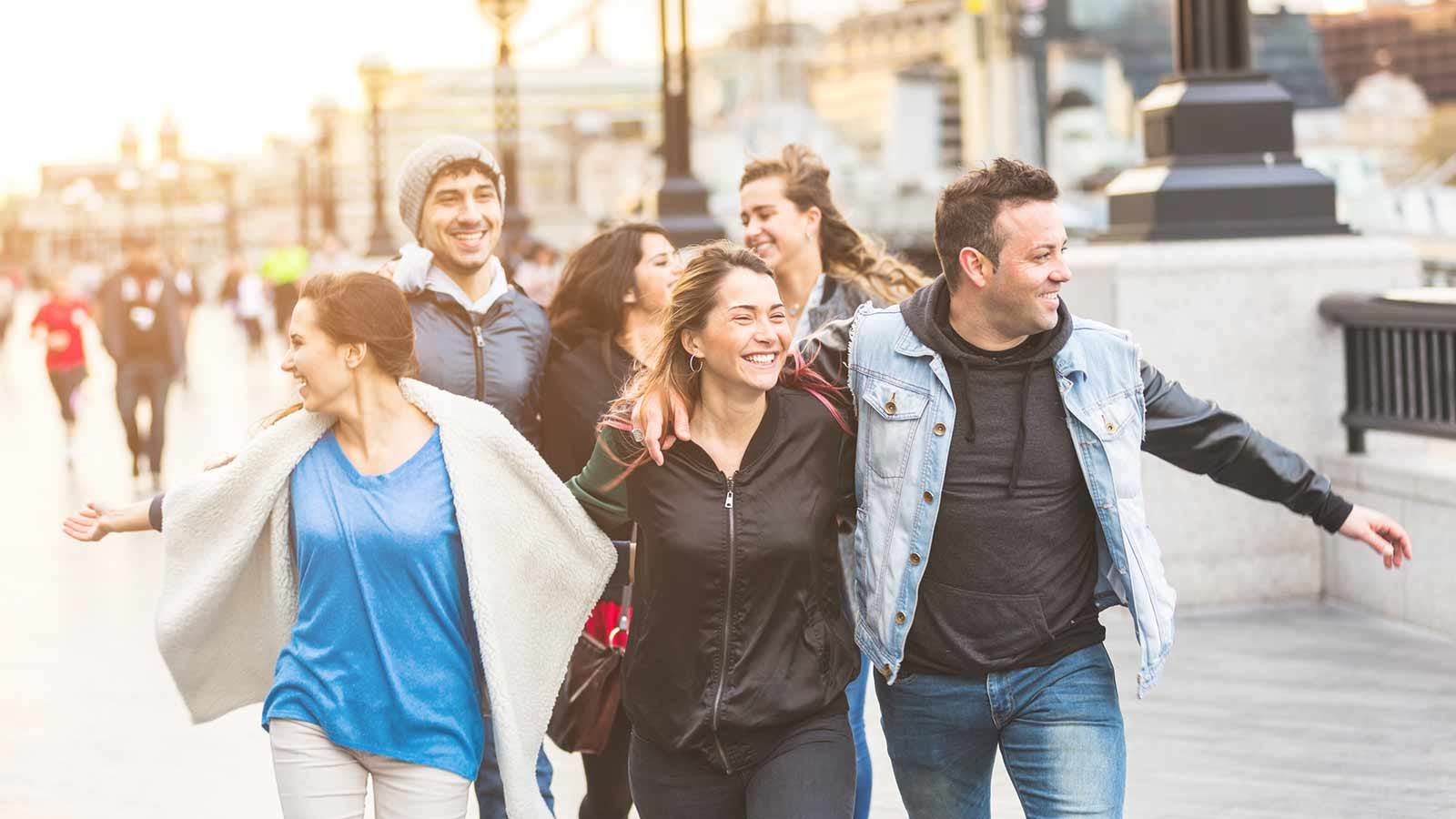