You’ve probably heard the old wives’ tale that gum stays in your stomach for seven years if you swallow it. While this clever warning has stopped kids from choking on their Hubba Bubba for decades, it’s actually not true.

Still, is it bad to swallow gum? In the video below, the Institute of Human Anatomy set out to answer what actually happens when you swallow your Doublemint. While it won’t sit in your stomach for seven years, your body’s usual functions actually aren’t as effective at breaking it down.

Typically, the acids in your stomach break down food before it travels to the intestine. However, this doesn’t work with gum because it’s impervious to stomach acid. Thankfully, our bodies are good at keeping things moving. Your gum moves on to the small and large intestines where … it still doesn’t get broken down. Bile and juices continue to try to break down gum, but it still sticks around (pun intended).

So, what happens then?

Well, the body does what it’s meant to do and keeps digestion going. In three to four days, you’ll simply expel the gum in the same form you swallowed it.

Ultimately, swallowing a piece of gum every now and then is fine. However in extreme cases—like children who often swallow gum—doing so too often can result in a bezoar mass that causes a blockage and serious medical complications.

So, while you won’t be growing a gum baby for seven years, you should probably still avoid swallowing the stuff whenever possible. And if you chew gum to keep your breath fresh, you might want to switch to mints. 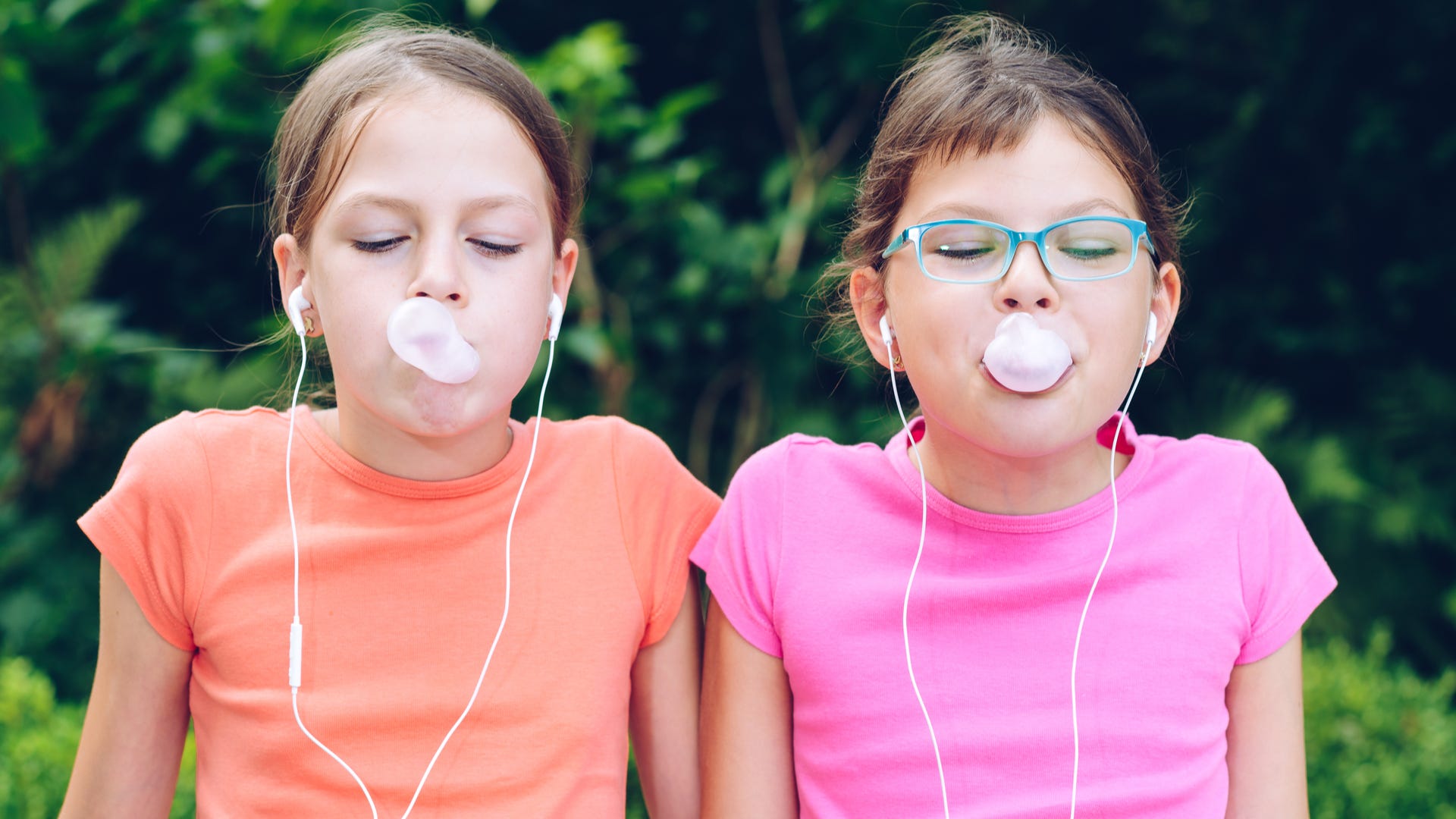 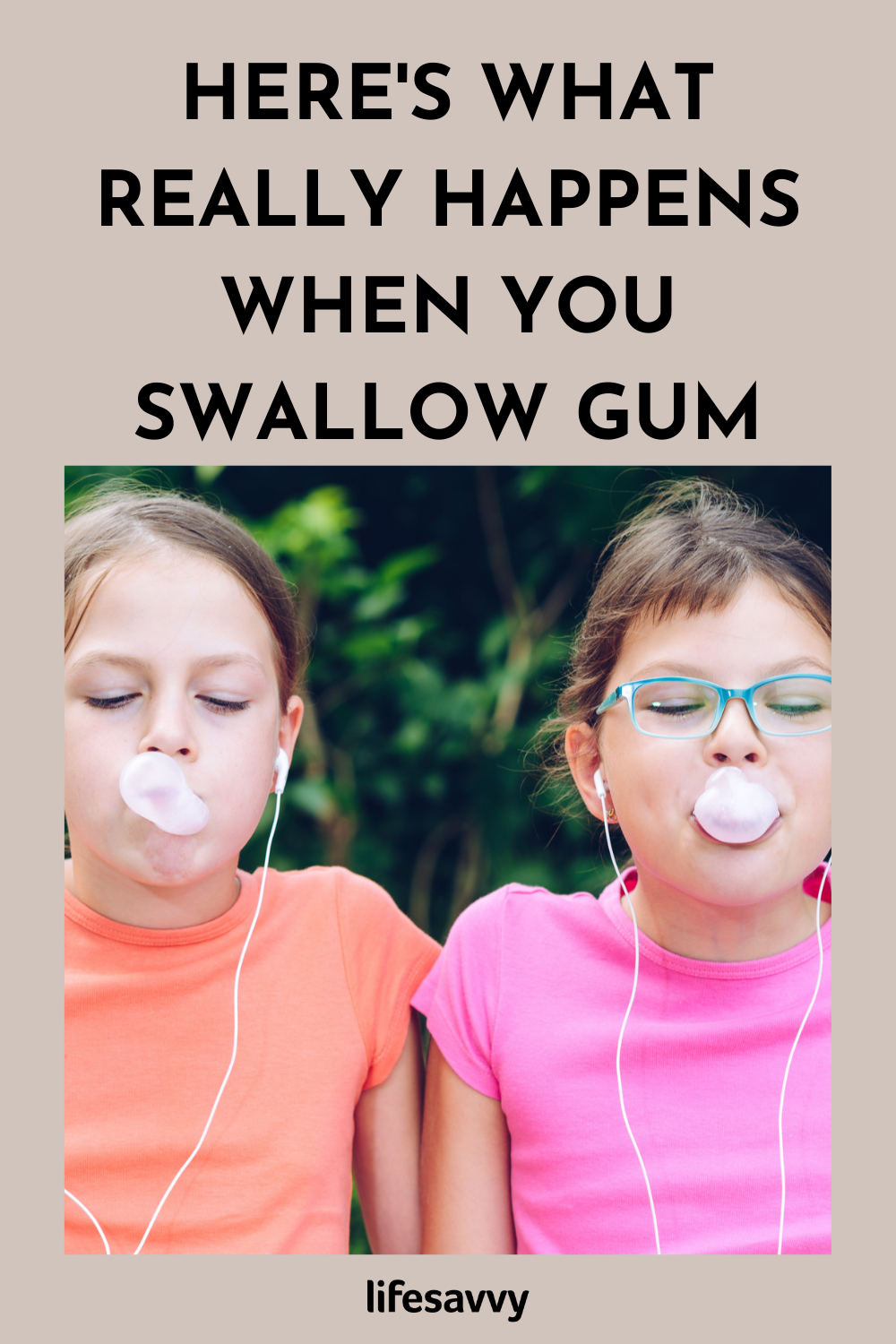