It’s official: TikTok is the dominant platform for everything from cleaning hacks to décor DIYs. Arguably, though, it’s best known for its food hacks and viral recipes. With the arrival of fall, you might be looking for some cozy foods to keep you warm in the cooler weather, and TikTok’s got ’em!

TikTok’s popularity boomed in 2020, when so many people were stuck at home due to the pandemic, and it remains the reigning champion of viral recipes. It seems like each week, a new recipe or food hack on the platform goes viral. From baked feta pasta to fun, kid-friendly baking ideas, like cloud bread, the options are endless.

We’ve gathered 10 viral TikTok recipes that will make perfect fall snacks, dinners, and desserts. From a warm, creamy ramen hack to carrot bacon (yes, you read that right), here are the TikTok recipes we recommend for fall.

Would you try this? #brownies #nutella #biscoff #oreo #tiktokfood #foodtok

If you’re looking for a Halloween dessert that packs a punch, these six-layer brownies are it. With over 4 million likes (yes, you read that right), it’s one of the most popular recipes on this list which pretty much guarantees it’s good, right?

Made with three layers of brownie batter with Nutella, Oreos, and Biscoff sandwiched between each one, the dessert isn’t for the faint of heart. Whether it’s you, a friend, or a family member who has a sweet tooth, this is one ooey-gooey chocolate-centric dessert that’s sure to be a hit.

Perfect for making the most decadent brownies on the internet.

You can’t have a list of viral TikTok foods without 2020’s most popular, right? TikTok’s baked feta pasta recipe had the cheese flying off the shelves. It became so popular that new, savory iterations, along with dessert versions, started cropping up online.

Here, though, we’re sticking with the original. On chilly nights when you’re craving something warm and comforting, all you need to do so pop some feta, olive oil, tomatoes, and garlic in the oven, boil some noodles, and dinner is served.

Speaking of chilly nights, if you’re not much of a pasta person, there’s always creamy ramen.

This fall-appropriate food is a more recent viral sensation, and we’ve even talked about it before. With an easy-to-create Kewpie mayo, egg, and garlic base mixed with ramen seasoning and boiling water, it’s a simple, warm dinner that takes just minutes to make on nights you want to be cozy.

Nothing says fall like a big bowl of ramen.

Sure, Dalgona Coffee was 2020’s major coffee trend, but given that it typically has an iced coffee base, it doesn’t really scream fall. Instead, this viral take on an at-home pumpkin spice latte takes its place.

The latte features a puree of pumpkin, sugar, nutmeg, and cinnamon blended until smooth and then combined with espresso and warm milk. Of course, you should always top with whipped cream and cinnamon.

Omg family this video was 1 year ago today and you all watched and shared millions of times!! Thank you!!! #tabithabrown

Somehow, it’s been a year since Tabitha Brown, the now-famous vegan TikTok chef, went viral with her carrot bacon recipe. Given that fall is carrot season, now is definitely the time to try this fun cooking hack.

While there’s also viral banana bacon, this recipe, which calls for liquid smoke, maple syrup, and spices. It’s also markedly easier and quicker to make because you use your air fryer. If you’re planning some Meatless Mondays this autumn, Brown’s recipe is a perfect selection.

Carrot bacon is just one of the many Tiktok recipes you can make in this baby.

When you think of fall foods, warm, cozy dinners might come to mind first, but don’t forget about breakfast! If you already know how to fry an egg or make them sunny-side up, this recipe will be a breeze.

Essentially, all you do is replace your usual cooking oil with a tablespoon or so of pesto. Cook your egg as you like, and then eat them plain or on a piece of toast. No matter how you take your eggs, you’ll have a warm, cozy, flavorful breakfast to start your day.

Speaking of breakfast, how about mixing it with dessert? No, we’re not talking about cider donuts or apple pancakes (although … yum!); we’re referring to baked oats.

This healthy breakfast dish that can double as a dessert went viral earlier this year. As the temperatures get progressively cooler, this breakfast will become even more comforting. With a banana base, cocoa powder, and oats, it’s a warm, portable dish ideal for chilly mornings on the go.

Bake your single serve oats in these cute ramekins.

When it comes to fall veggies, you might think there’s no way you’re putting Brussels sprouts on your (or your kid’s) plate. However, that’s only because you haven’t tried TikTok’s viral smashed version.

There are a multitude of other versions of this one available on the platform, but this sweet and spicy recipe that calls for sriracha, soy sauce, and maple syrup looks just as delicious. The best part is all you have to do is steam and bake, and boom! You’ve got a tasty fall side dish.

I’m the original content creator for the viral twisted bacon trend! Be sure to tag us and show us when you make this! #twistedbacon #bacon

Twisted bacon might not immediately scream fall, but this viral recipe is certainly one you’ll want to add to your to-make list.

For many folks, fall is pancake and waffle season. From apples and bananas to chocolate chips, these breakfast foods are versatile, but they also need a good side. For a lot of meat-eaters, that side is bacon!

This recipe gives you the best of all worlds when it comes to a salty, savory side. Because the bacon is twisted, the inner portions remain a bit chewy, while the outer bits have the perfect crunch. Pair it with your banana pancakes or strawberry waffles, and dig in!

Get perfect oven-baked bacon every time!

What would a fall foods list be without hot cocoa? Sure, you could just purchase the cocoa powder packets at the grocery store and call it a day. However, if you want to up your cocoa game, or you’re just looking for a fun activity to do with the kids before your Halloween movie marathon, this TikTok recipe is perfect!

You’ll still need that cocoa powder, but just pick up your favorite brand of baker’s chocolate and some marshmallows, too. Then just melt, mix, and enjoy!

Whether you’ve missed some of the viral TikTok food hacks over the last year, or if you never go there at all, these are truly some of the best. From pasta and eggs, to hot cocoa and coffee, you name it, TikTok’s got a tasty way to hack it! 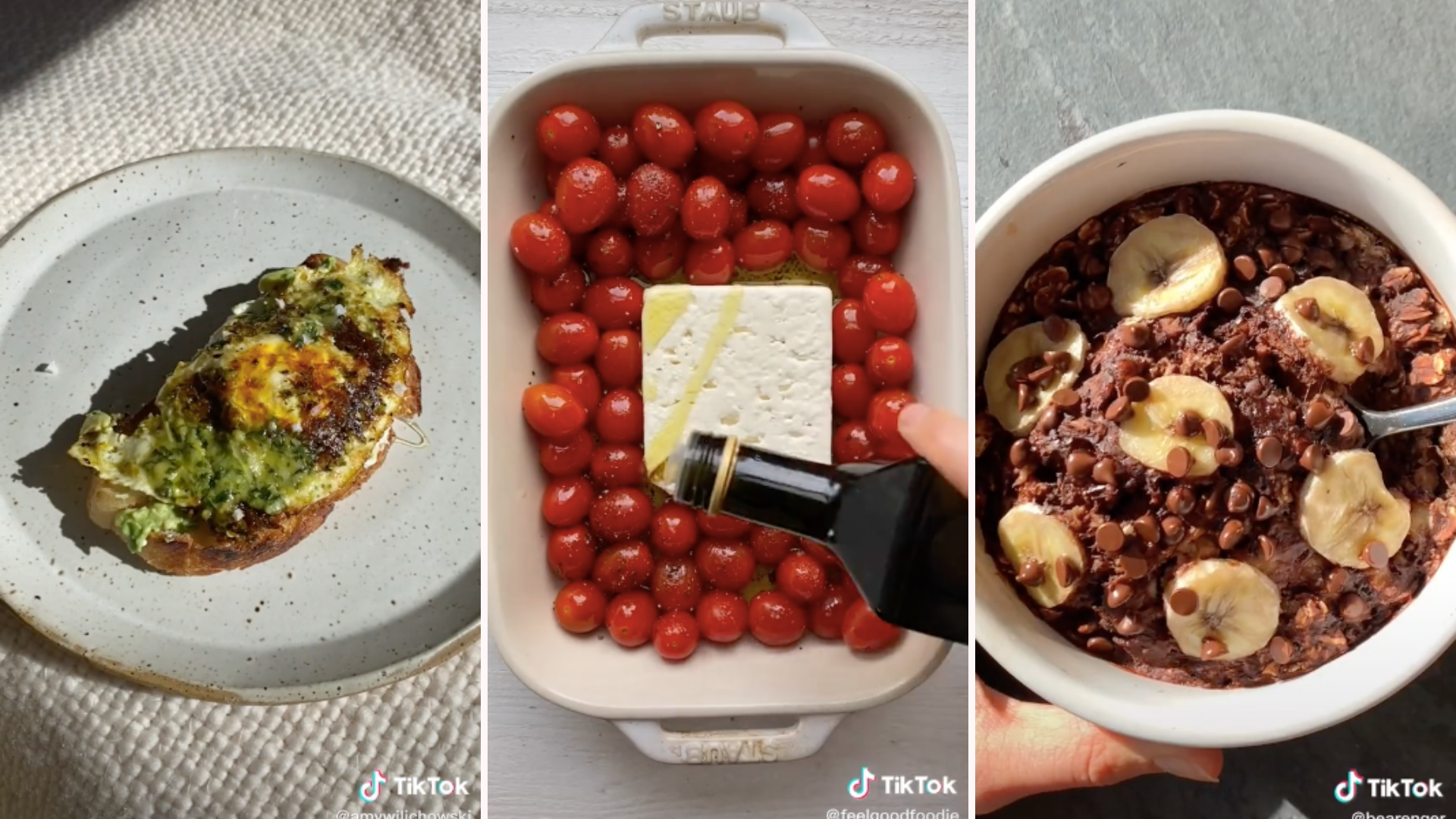 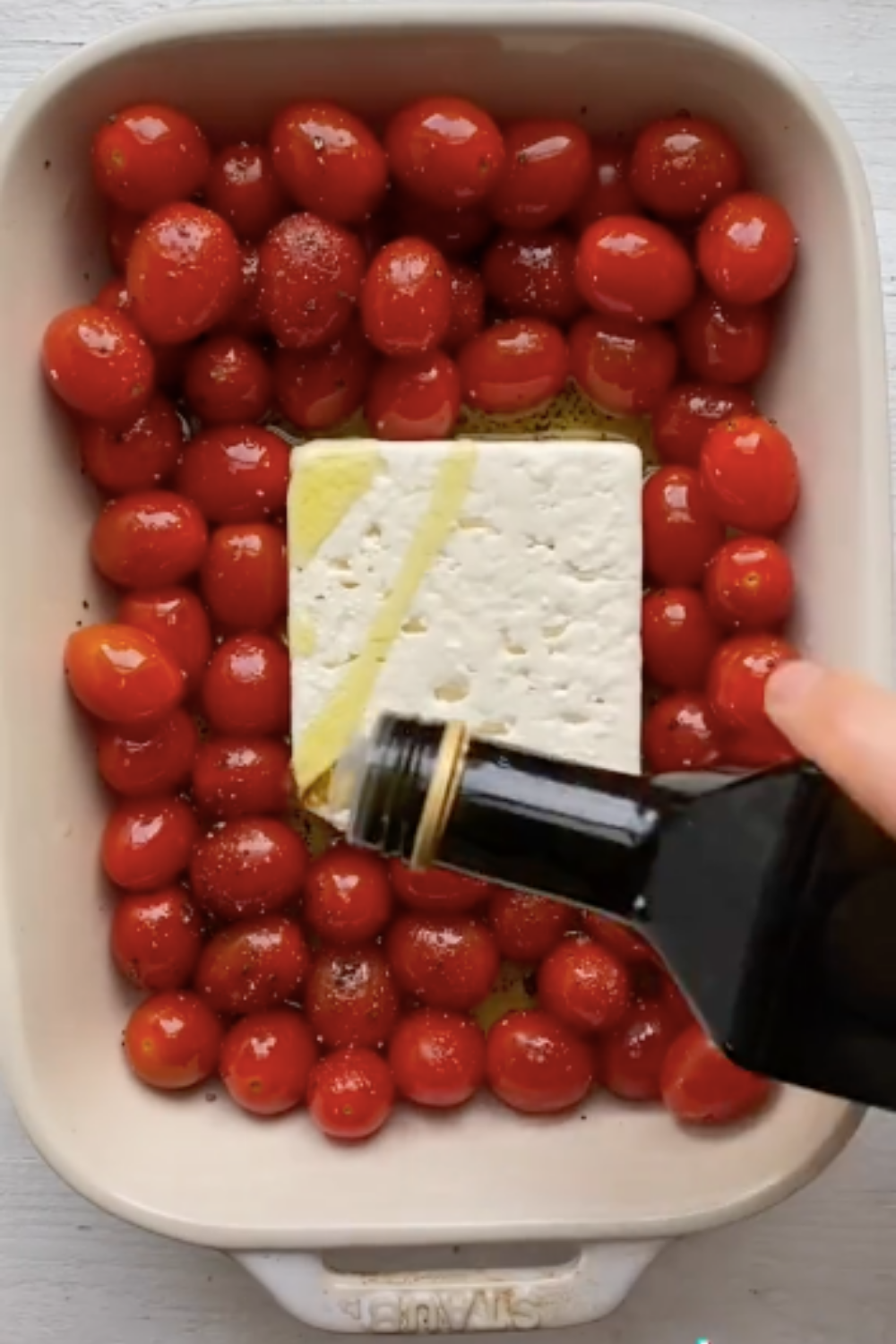