Costco’s bulk-buying deals might be the first thing you think about when you hear the retailer’s name. The second thing, though, is probably its food court. Thanks to a TikTok content creator, Costco food court fans are getting a sneak peek about how its famous pizza is made.

Brendan Jay Sullivan (@pizzas on TikTok) is a pizza chef who got a behind-the-scenes look at Costco’s pizza-making process. If you’ve ever wondered why there’s so much sauce on the pizza slices, you’ll have your answer.

Make your own version of a Costco pizza.

In the video, a Costco kitchen employee moves a large, already-shaped piece of pizza dough to a flat wheel with a dispenser above it. When the dough begins to rotate, the dispenser turns on and sauces the entire wheel of dough like a record player.

Every single bit of the dough is completely covered in a perfect spiral of sauce, and the dispenser turns off just in time as it hits the center.

According to the TikTok content creator, the pizza has a whopping three pounds of toppings with 10.5 ounces of sauce, 24 ounces of cheese, and 60 slices of pepperoni.

Now, that’s a lot of pizza!

As for Sulivan’s review of the pizza? He didn’t have much to say other than, “It’s heavy,” and with three pounds of toppings, that makes sense. 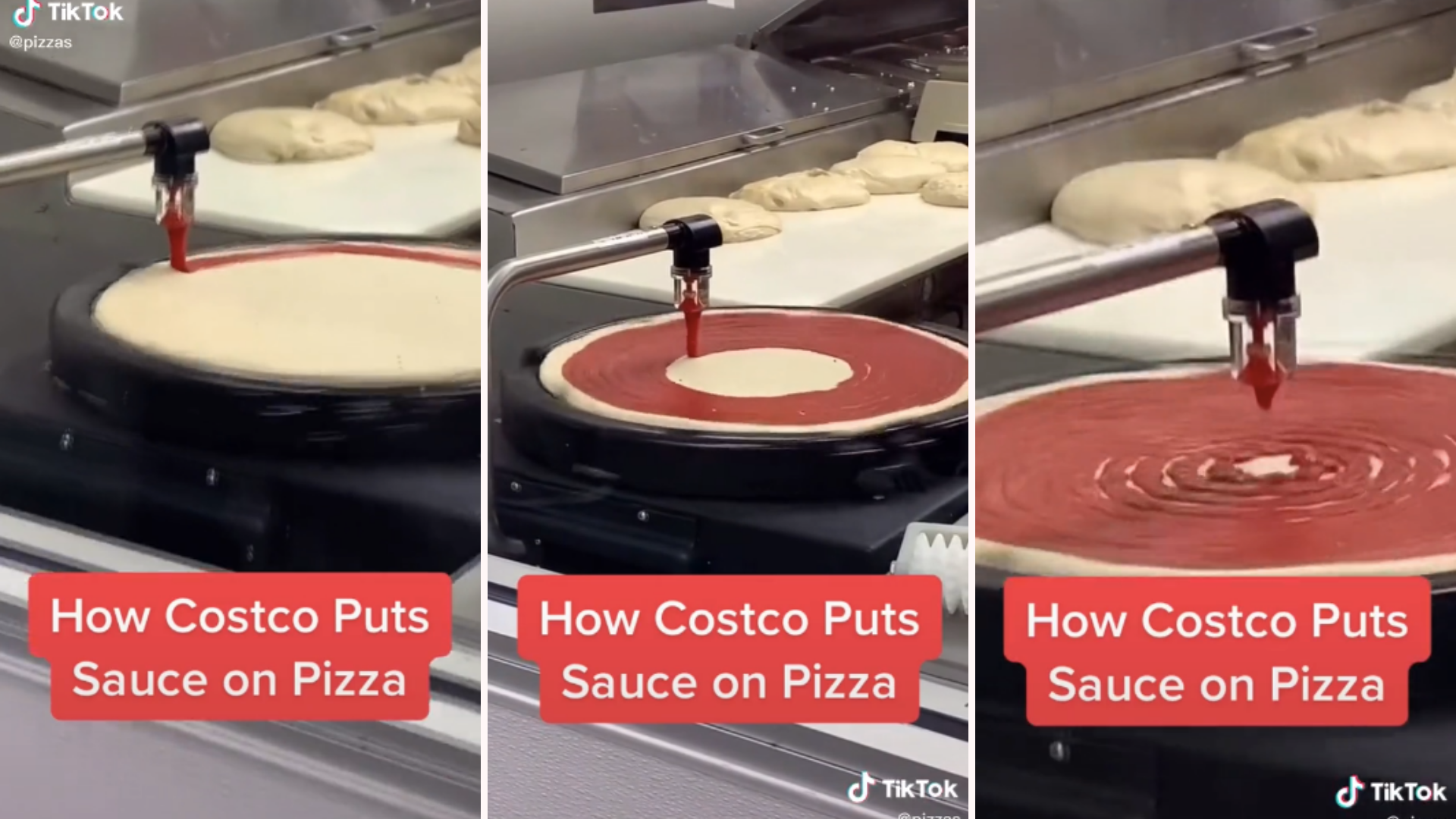 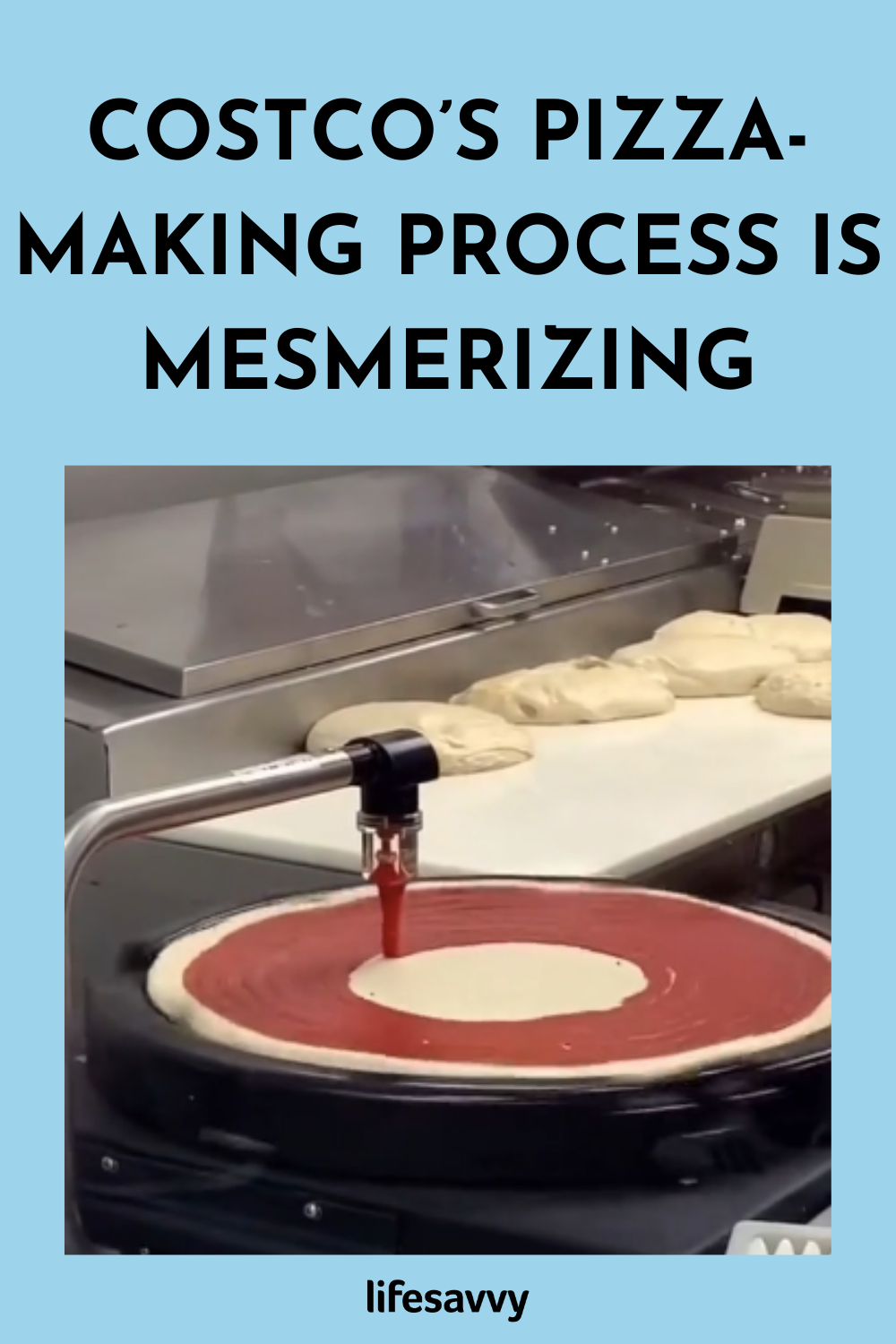