The Marvel Cinematic Universe is one of the largest film franchises in the world. With plenty of content already available, and more on the way, this isn’t a fanbase that’s going to die out any time soon. That’s why there’s a very good chance you have at least one Marvel superfan on your holiday shopping list.

Whether your friend or family member is a fan of Marvel movies, TV shows, the comics that inspired them, or all of the above, there are plenty of fun picks on our list.

Blankets are the ideal gift. They’re useful, appeal to just about everybody, and can be personalized for the recipient. Trust us: No one will be unhappy getting a blanket as a Christmas present.

Marvel fans will love this Avengers blanket that features the logos of four of the Avengers on the front in a modern design that isn’t overwhelming. The blanket itself measures 62 inches by 90 inches and is made with super soft fleece. The material is also machine-washable and fade-resistant, so it is easy to keep clean without fear of ruining the print.

This blanket can be kept on the living room couch, used as a bedspread, or taken on the road to stay cozy in the car. The brand also carries other Marvel designs including two Spiderman blankets and a retro comic-book style option.

They can stay warm in style with this Avengers blanket.

Baby Groot was one of the best things to come out of the Marvel universe. He might even be cuter than Baby Yoda, just don’t say that in front of any Star Wars fans. This Baby Groot flower pot is perfect for anyone on your gift list who can’t get enough of this extraterrestrial tree creature.

This pot is shaped like Groot, and it can hold live plants, succulents, and artificial plants inside. It also works well as a pen or pencil holder for a desk. You don’t have to put anything in it though—it can be used as a fun decoration anywhere.

For an even more unique gift, plant a small flower or fern in this flower pot a few weeks before Christmas and give it to your recipient when the plant has grown a little bit.

This adorable flower pot will keep plants or pencils safe.

This gift is for the most passionate Marvel fans in your life. Marvel Encyclopedia contains everything a fan could possibly want to know about the characters and storylines that make up the Marvel universe.

The book was written in collaboration with Marvel Comics, so all the information inside is guaranteed to be accurate. The artwork is done by Mike Deodato Jr., a well-known Marvel artist, and there’s even a foreword by Stan Lee himself.

When we say there’s everything in this book, we mean it. It has over 400 pages packed with information on every character from Iron Man to Storm to Thanos. It also covers important events in Marvel history, origin stories of villains, and much, much more.

Learn everything you could possible want to know about Marvel with this book.

The TV series Loki premiered on Disney+ in June 2021 and was a massive success. Loki fans especially were able to learn more about the god of mischief in an interesting time-travel-focused storyline.

If you haven’t watched the show, Miss Minutes is an artificial intelligence character who keeps Loki up to date on important information regarding his mission throughout the series. She’s a fun character that many fans of the show grew to love.

This Miss Minutes T-Shirt is a great way for any fan of the series to share their interest with the world. The reference is subtle enough that only Loki fans will understand it, which is a sweet spot to hit when it comes to merchandise from popular media. The shirt comes in men’s, women’s, and youth’s sizes.

Hey y'all! This gift is perfect for Loki fans.

Got a gamer on your Marvel fan gift list? This portable computer mouse is shaped like Iron Man’s helmet, which is undoubtedly one of the coolest presents you can give someone.

It connects to computers with a USB Nano Receiver so it’s compatible with almost any system your friend already has. It also has an adjustable DPI switch and is super quiet without an annoying clicking noise. This mouse is a super unique gift that fans of Iron Man will be obsessed with showing off.

Control the computer like a boss with this unique mouse.

Few moments in recent movie history have been as impactful as the moment when Thanos snapped his fingers wearing the Infinity Gauntlet at the end of Avengers: Infinity War. If you were in the theater watching that movie for the first time, the crowd’s response was probably either gasps and cries or dead silence.

The gauntlet comes back at the end of Avengers: Endgame as well to create one of the saddest movie franchise finales of all time. Thanos’s Infinity Gauntlet plays an important role in every marvel fan’s interests no matter how they feel about it.

This LEGO Infinity Gauntlet building kit, more than just a package of clunky blocks, is the perfect gift for adults who are fans of the Avengers and like to work with their hands. It’s an intricate model that requires a lot of time and patience to create a beautiful final design. It also gives them something really cool to display in their home that doubles as a great conversation piece.

Time and effort are worth the final result of this intricate LEGO set.

What guy hasn’t dreamt of being Captain America at least once in their life? And with Chris Evans playing the role in the movies, it’s hard to deny the appeal of this superhero.

This Captain America shirt is a fun simple design of the infamous shield and can be worn without the wearer looking too over the top. It comes in men’s women’s and children’s sizes so any person in your life can rep this iconic symbol.

This shirt is almost as cool as Captain America's actual shield.

Few people can wield Thor’s hammer Mjolnir. Some individuals who have proven capable of lifting it include Captain America, Loki, and Wonder Woman. Just like becoming Captain America, many people have dreams of being worthy enough to wield Mjolnir. This bottle opener finally gives them the chance, albeit in a slightly different way.

It is a surprisingly accurate replica of Thor’s hammer in miniature form. Instead of being able to summon lightning, this hammer has the power to open any bottle of beer or soda. Which is just as cool, right?

It’s a fun gift that would work as a stocking stuffer or a gift on its own. It measures just over six inches by two inches and can be taken anywhere. Grab a few and give them to all the Thor fans in your life.

Harness the power of Thor with this bottle opener shaped like his hammer.

If someone on your gift list is a big Marvel fan but likes more sophisticated items they can use in their everyday life, get them this Marvel glass set. Each set comes with two 10-ounce glasses with a simple logo etched on the side.

They feature designs from various Marvel references including the Avengers logo and the logos of Spiderman, Deadpool, and more. These are chic enough to be used at any event and a fun way to start a conversation at the dinner table. Hand washing is recommended for the best care, but these are short enough that they’re super easy to clean.

Marvel fans can entertain and geek out with these glasses.

This shirt is another subtle reference to one of Marvel’s newest TV shows, WandaVision. The show takes place after the events of Avengers: Infinity War, where Thanos kills Vision in the process of stealing the Mind Stone from him. Wanda Maximoff, also known as Scarlett Witch, and Vision had fallen in love at this point and his death sent her into a grief spiral that the show explores.

Toward the end of season one, Wanda discovered a property deed that Vision had left her, on which he’d doodled a heart in the place he wanted to build their home. Inside the heart, he wrote “To grow old in,” and put his initials at the bottom.

It’s a heartbreaking and touching moment from a fantastic series. This WandaVision T-shirt will allow fans to show their tender side and remind the world of this scene.

This simple shirt is perfect for Marvel fans who like to be a bit more low-key.

Perhaps one of the coolest gifts you can get a Captain America fan is this cutting board. it’s shaped exactly like Captain America’s shield and features vibrant colors and depth in the design. It looks like you’re actually cutting vegetables on his shield, which we think is pretty cool.

This cutting board is resilient enough for both meat and vegetables and will stand up to any kitchen knife. It also features nonslip rubber feet to keep it secure while in use. Any Marvel fan will get a kick out of this gift and probably won’t be able to wait until they use it.

This cutting board is a useful way to add Marvel flair to any kitchen.

Thanks to the original comics, popular movies, and television shows, Marvel has millions of fans around the globe. These items are perfect for any Marvel fan on your holiday gift list. Whether they’re obsessed with Loki, look up to Captain America, or are in awe of Iron Man, one of thes unique items is sure to make the perfect gift. 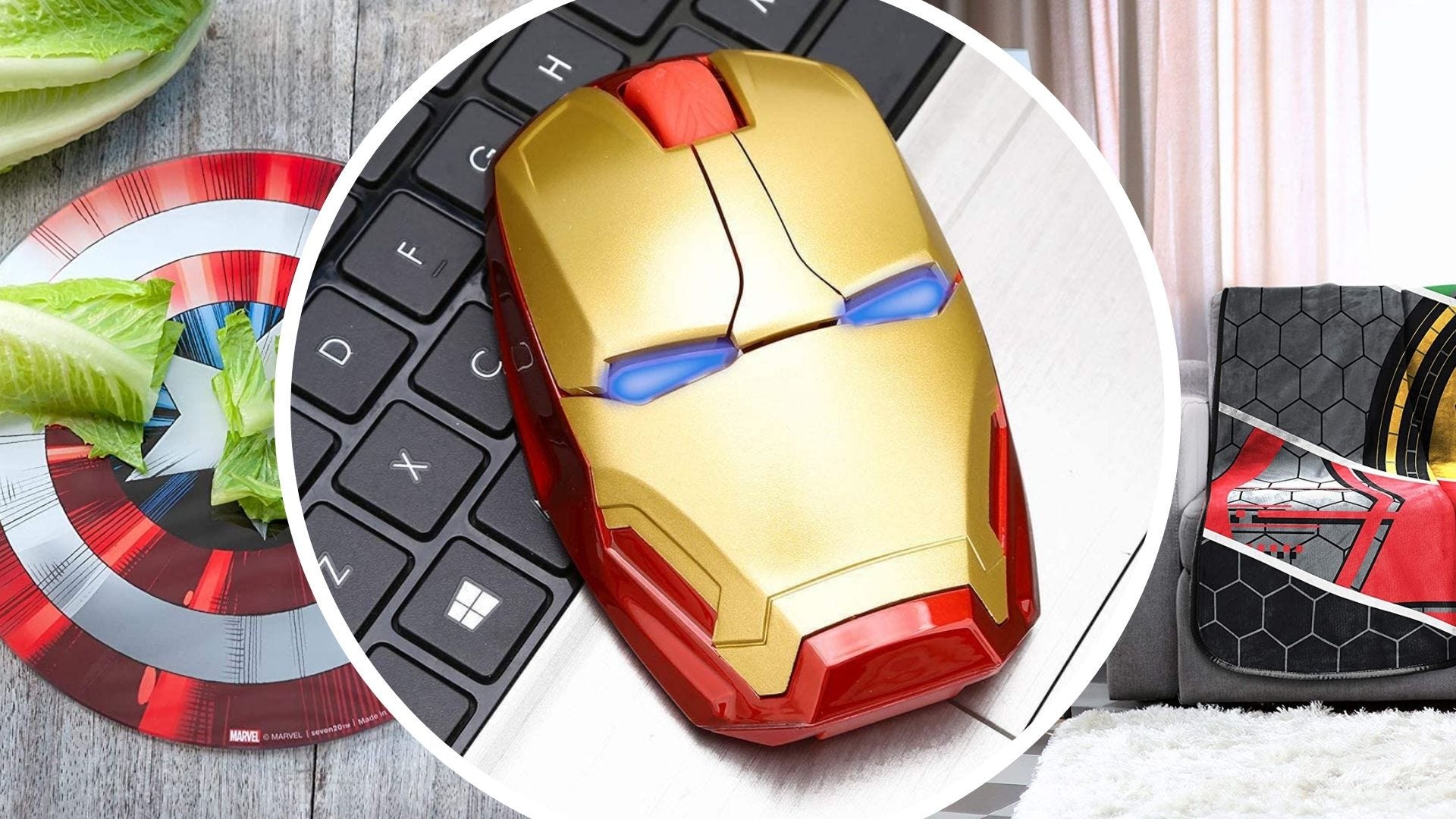 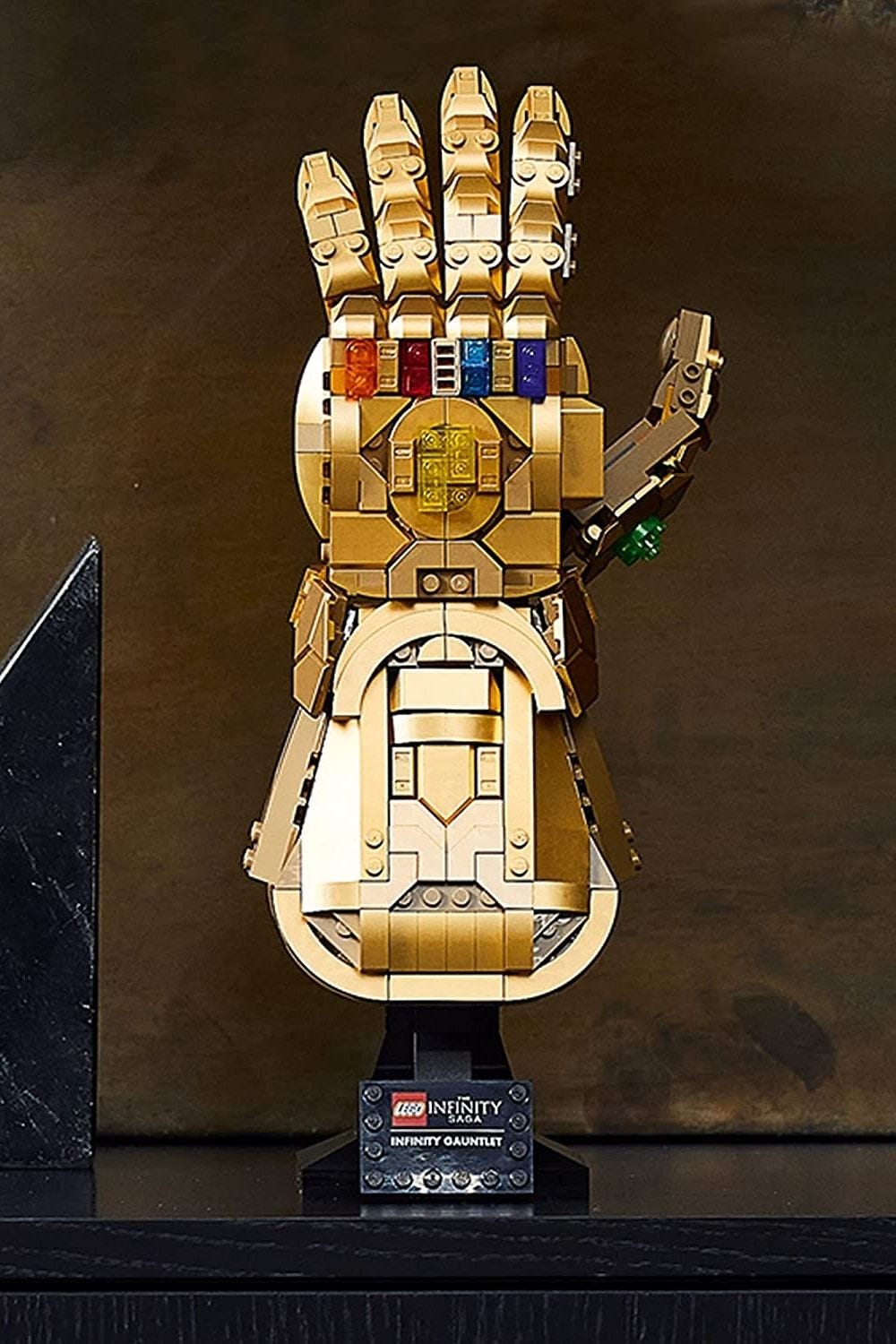