The first week of October has come and gone, so are your Halloween decorations up? If not, is it too late?

Lombardo Homes surveyed nearly 1,000 homeowners, age 21-70 about their Halloween decorating habits, and, as it turns out, most people decorate the first week of October. Of the respondents, 40% decorate between Oct. 1-7, but that doesn’t mean there’s any real cutoff—after all, it’s your home to do with as you will.

While the percentage of those who were decorating went down as the month progressed, 17% decorate the second week of October, 8% the third, and then, the numbers went back up with 18% during the final week before.

Sure, a few of your neighbors might already have their décor up (including that nutty 20% who do it in September), but it’s never too late to get a little spooky.

Get spooky with these inflatable pumpkins.

The study also used Google search data to discover the most popular Halloween decorations in each state, and there was a pretty wide array of faves. Overall, pumpkins and skeletons dominated, but witches and bats made a good showing, as well.

If you’re a little behind on the Halloween decorating, no problem! It’s never too late to get things rolling. 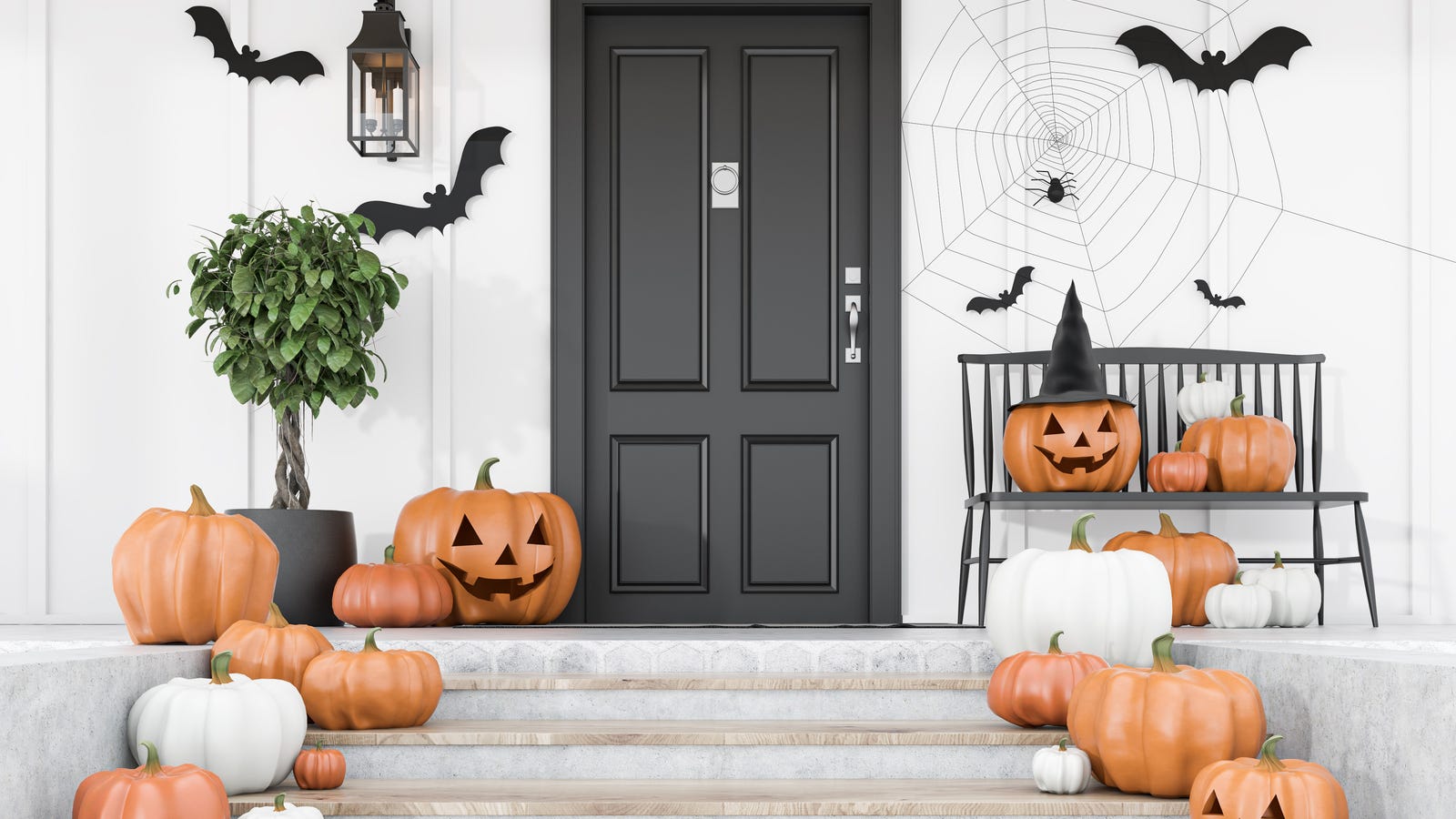 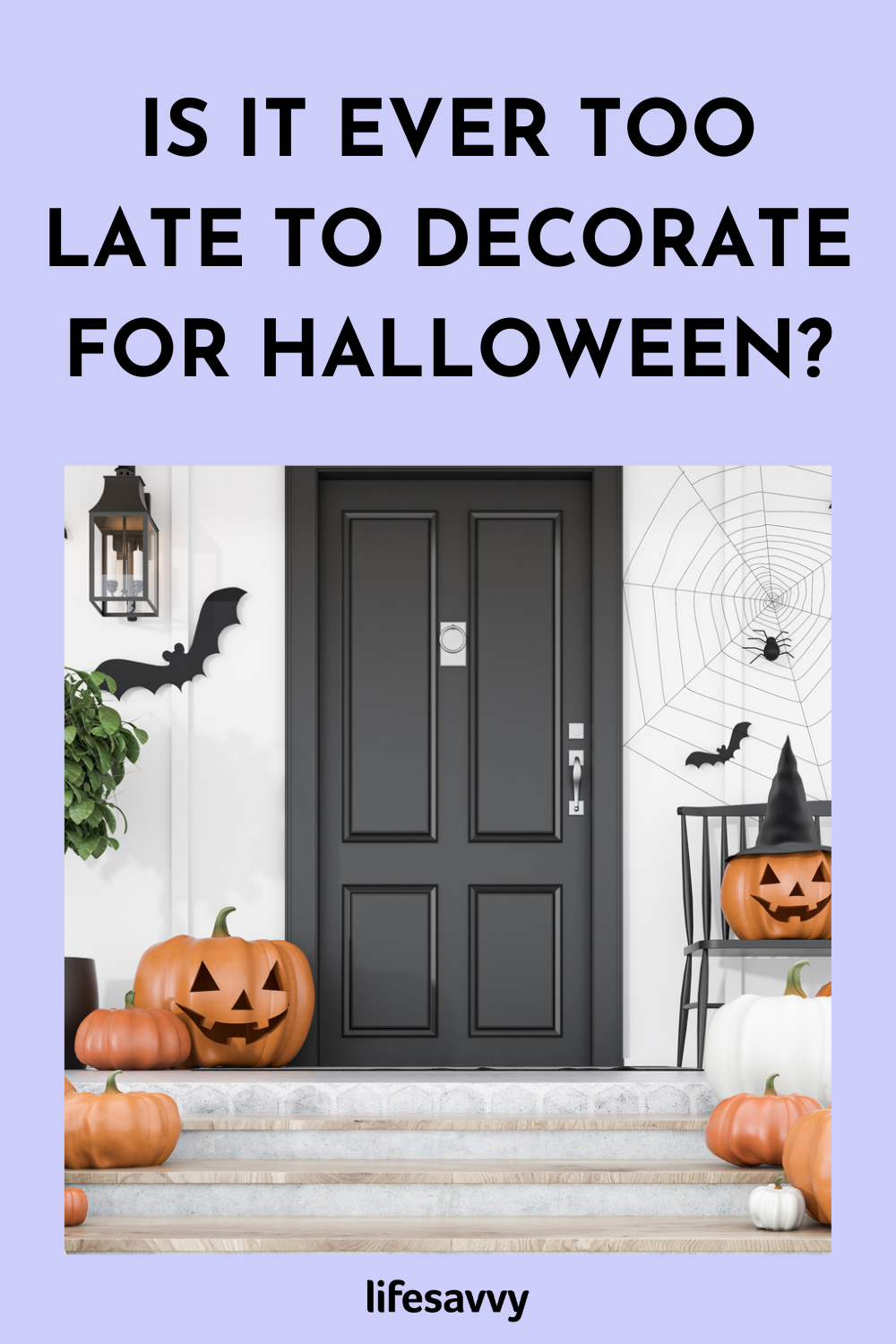