Homemade potato soup is a fall comfort food for a lot of people. However, it can be a real pain peeling and dicing all those potatoes. Now, though, there’s a hack for that!

TikTok content creator, @hungrysix, has a clever slow-cooking recipe that requires no dicing. Instead, you use frozen cubed potatoes and a slow cooker.

Get ready for soup season with this handy Crock-Pot.

In the video she pours a bag of diced hashbrown potatoes into a slow cooker, and then adds onion, cream cheese, cream of chicken, black pepper, and chicken stock on top. She puts the lid on, lets it cook for a few hours, and voilà: potato soup with no dicing. To finish it off, she adds cheese, bacon, sour cream, and green onion.

Potato isn’t the only cozy fall soup to go viral lately, though. A few weeks ago, a tomato soup appeared to rival that viral baked feta recipe from last year.

In the mood for soup now? Check out these other creamy recipes that’ll keep you feeling warm and fuzzy through fall and beyond. 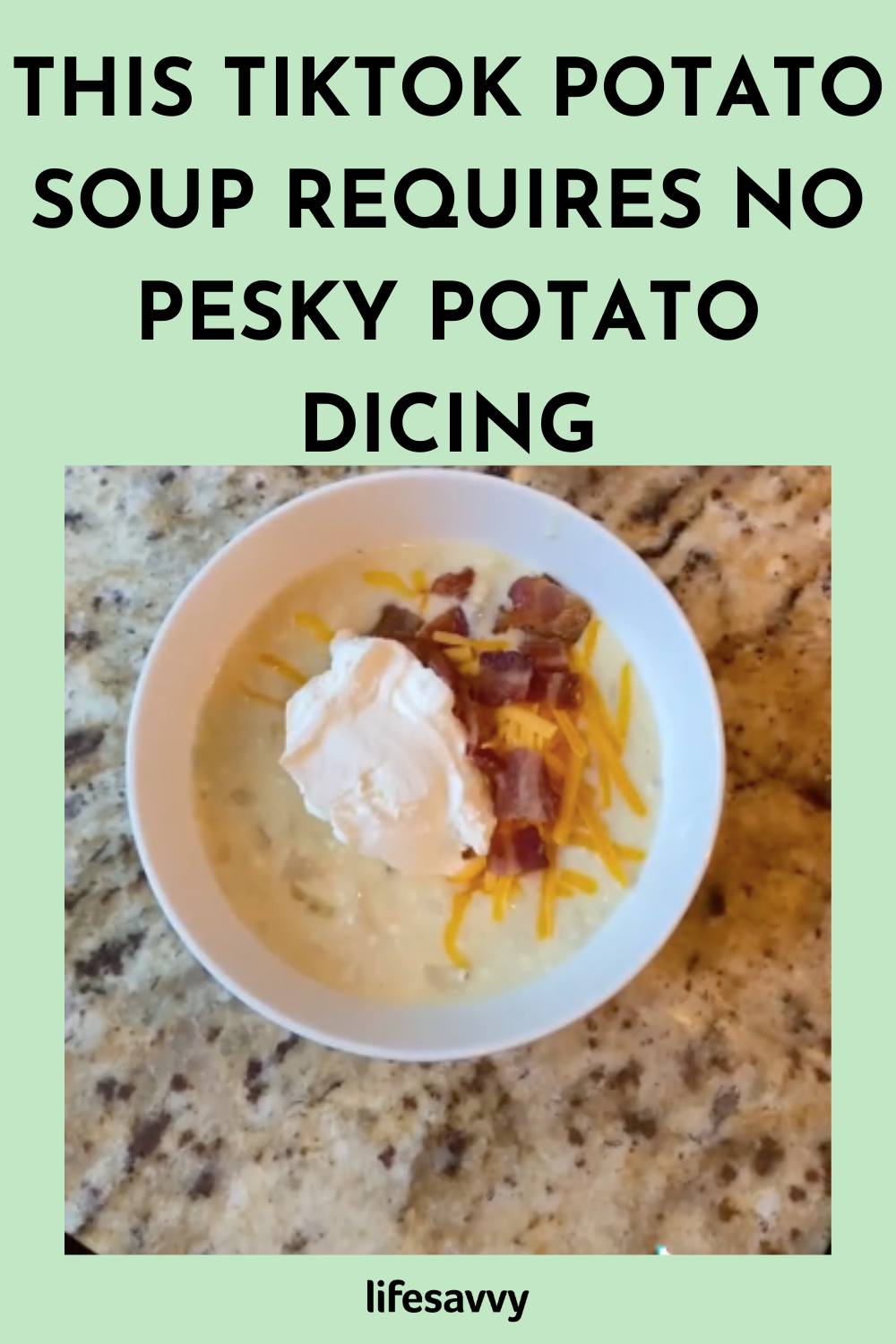