LEGO blocks and minifigures are a natural fit for the compact fun of an advent calendar. This year LEGO has a whole slew of fun advent calendars including a brand new Avengers calendar! But you better shop now if you want one for December.

Not only do you get the fun of playing with LEGOs throughout the month of December but the pieces are very high quality and you can integrate them with the million and one LEGO kits out there. If you’re shopping for somebody into Harry Potter or Star Wars LEGOs, for instance, the advent calendar offers a great way to add little bits and pieces to their existing collection.

But, it can be a challenge getting LEGO advent calendars any year as they are a very popular gift and sell out quickly. In your average year if you wait until just before December to pick one up there is a good chance you’ll be out of luck. This year we have the same pandemic-fueled supply chain disruptions and shipping issues we had last year, which makes it even more important to order your advent calendar early if you want to keep up with the tradition.

Below we’ve rounded up the new advent calendar offerings across the LEGO empire. Not only do we have the newest sets for 2021, but we’ve also linked to discontinued sets from prior years to help you get your hands on an advent calendar. As long as you didn’t already buy the old version, after all, we hardly doubt your kiddo or LEGO-loving partner is going to notice or care. Though do be aware that you’ll likely pay a little bit of a “collectors” premium to snag discontinued sets.

In 2005, LEGO discontinued the more basic model in favor of the City-style calendar, which focused more on minifigs and city scenery at Christmas. While other models have come and gone since then, including Castle, Pirates, and Kingdoms-themed calendars, the City calendar has remained a yearly staple since its release.

This year’s model continues with the tradition of portraying a bustling city at Christmas time complete with activities in the city park, a holiday train, a mailbox to send letters to the North Pole, a Santa Clause minifig, and more.

If the 2021 kit is out of stock, you can try your luck with one of the following previous years:

It's Christmas time in the city.

It seems like Star Wars LEGOs have always been with us, but it wasn’t until 1999 that the two iconic properties were combined, much to the delight of the multitude of fans with an interest in both things. The LEGO Star Wars advent calendar was first introduced in 2011 and has been a best-seller ever since.

This year’s iteration includes, naturally, characters from The Mandalorian including Grogu (better known as Baby Yoda), The Mandalorian, along with interrogator droids, mini ships, and, of course, a floating pram for Baby Yoda.

You can dip into LEGO Star Wars advent history with the following discontinued sets:

It's Christmas time in a galaxy far, far away and the present is an adorable Baby Yoda.

By the time the Harry Potter franchise hit the silver screen, LEGO had learned a thing or two with Star Wars and was more than ready to take another smash-hit franchise and create some brick-based tie-ins. Right from 2001 and onward, there have been Harry Potter-themed LEGO sets. It took quite a while for poor Harry Potter to get in on starring in his own advent calendar, however. LEGO didn’t release a Harry Potter LEGO advent calendar until 2019.

If you’re in a collecting mood, you can still get all the existing Harry Potter advent calendars:

The gang's all here and they even brought a Christmas tree.

The LEGO Avengers advent calendar is another calendar tapping into a popular franchise. It’s the newest edition to the LEGO advent calendar stable and the 2021 release is the first! If you want to get in on this one, you should probably order right now because there are no previous years to fall back on if you need your Marvel Cinematic Universe fix.

The set includes Iron Man, Spider-Man, Black Widow, Thor, Captain Marvel, Thanos and Nick Fury minfigs as well as a set and prop items from the Avenger films including the Infinity Gaunlet and stones.

Thor's hammer, the Infinity Gaunlet, and even a Christmas tree to put them under. What more could you ask for?

The LEGO Friends lineup was introduced in 2012 and featured a new type of minifig, a “micro-doll figure” instead of the traditional figures LEGO has used since the 1970s. The same year LEGO debuted the Friends lineup they also launched an advent calendar and it’s been in rotation ever since.

This year’s calendar features a domestic scene decorated for the holidays and includes 5 LEGO Friends micro-dolls, a fireplace, piano, snowman, toys, decorations, a mailbox, and more.

You can also snatch up some of the previous advent calendars too for even more cozy fun:

It's all the cozy fun you'd expect from LEGO Friends, complete with a Christmas tree and holiday cheer. 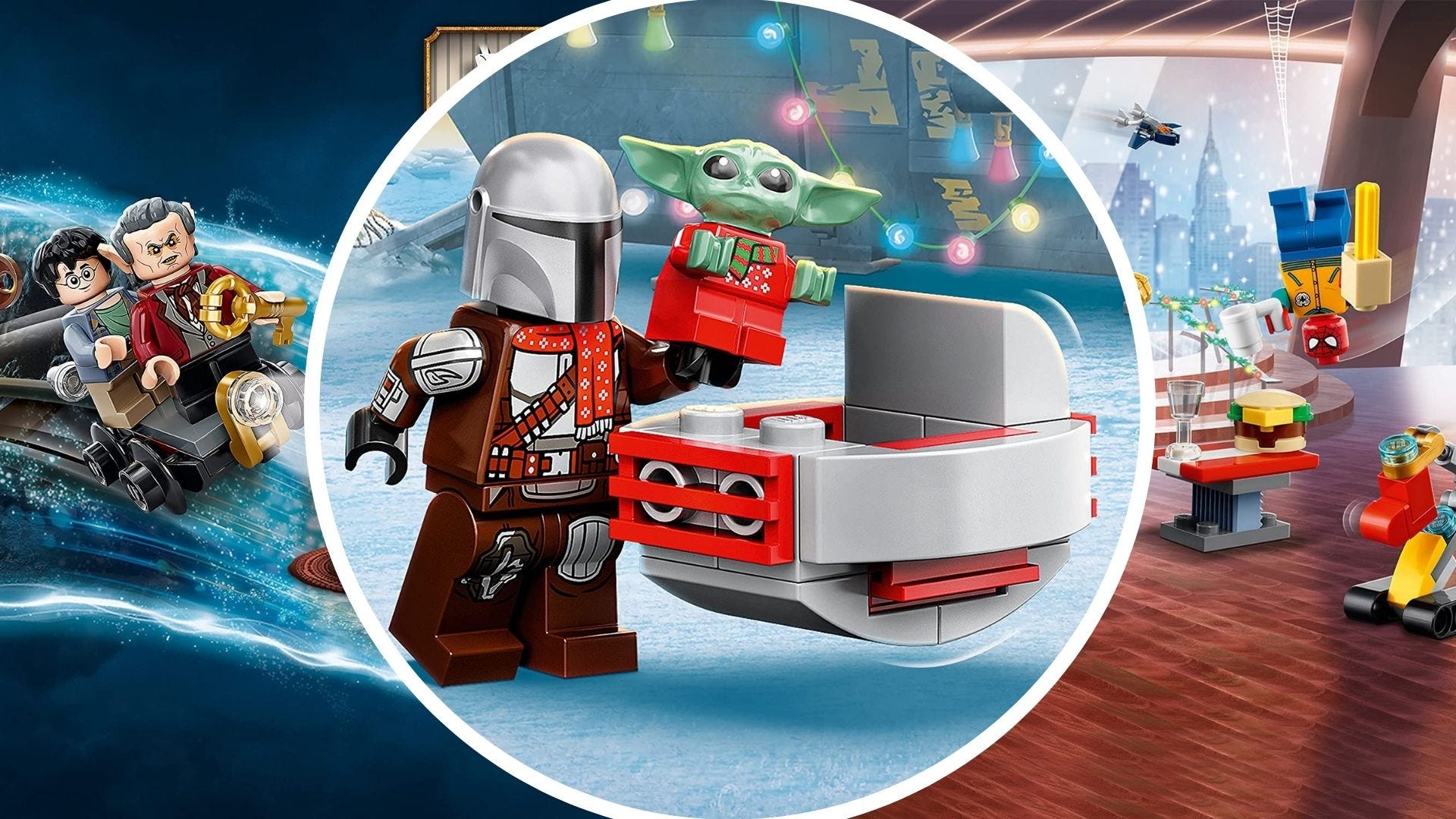 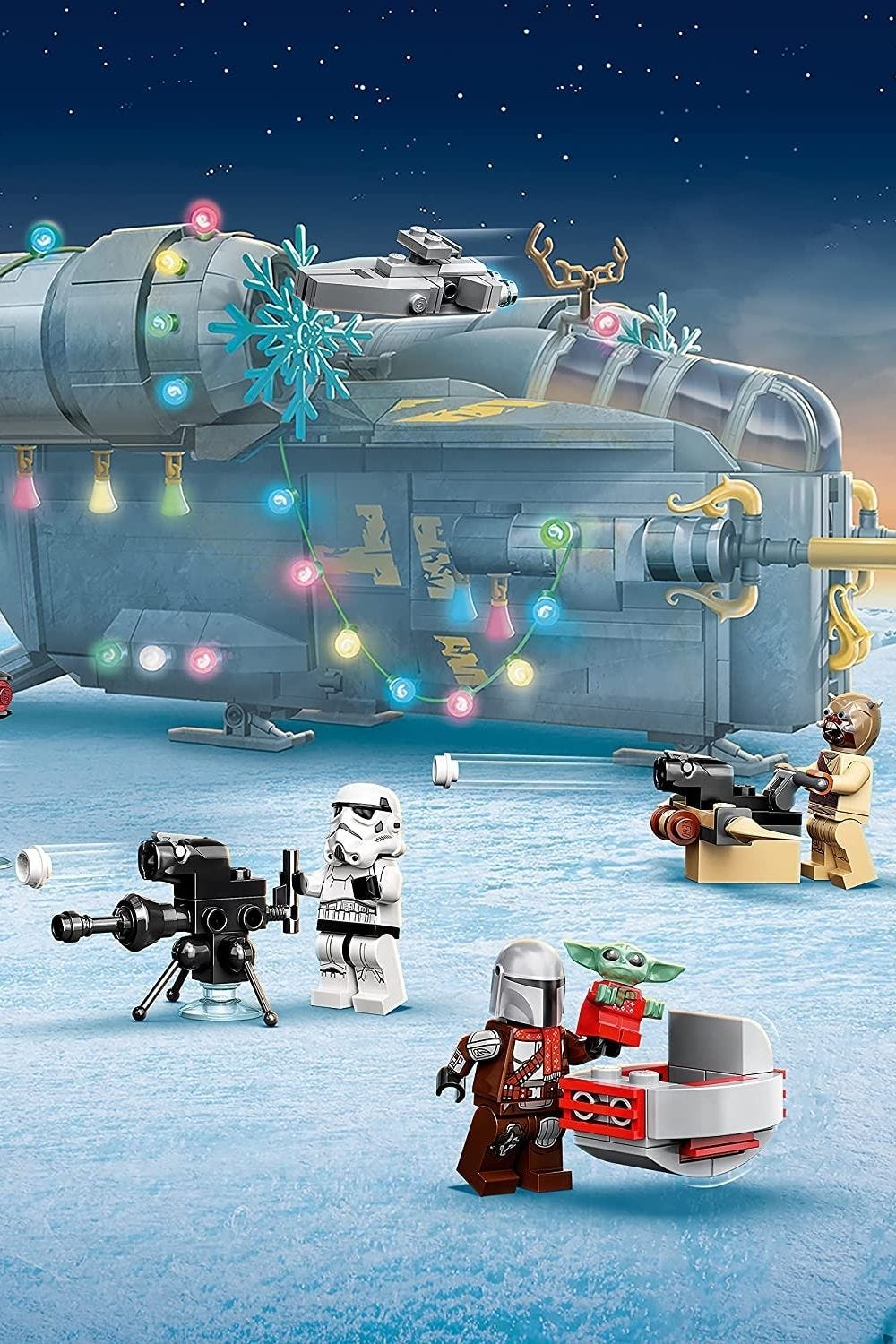