Instagram paints a pretty picture of longterm travel, but it’s not accurate. I’ve spent the last four years traveling pretty much non-stop and, while it’s certainly great and I love doing it, there are serious downsides. It’s not for everyone.

Since I finished college back home in Ireland in 2015, I’ve been traveling. I started writing in my sophomore year, and by the time I graduated, I was earning enough to do it full time. And the best bit was because I was writing for newspapers, magazines, and websites all over the world, nobody cared where I was as long as the work got done. I’ve used that freedom to spend months skiing in France, to live on tropical islands in Asia, to road trip around Mexico, to get the train from coast-to-coast in the U.S., to sail in the Mediterranean, and to generally see the world.

Sounds incredible, right? And it is. I’ve loved traveling like this, but the longer I do it, the more I can see the downsides. There are a lot of “digital nomads,” “#vanlife”-ers, and the like posting a distorted, overly-positive view of constant travel on Instagram. If you follow them, you’d be forgiven for thinking it’s all beach days and coconuts. There’s a lot more to it than that—not all of it good.

You Lose Your Life at Home

In the four years I’ve been gone, life at home in Ireland has moved on without me. My friends have built careers, entered serious relationships, fought, fallen out, and just generally got on with their lives. When I go back for a few months every year, things are not the same.

Don’t get me wrong, I still love my childhood friends—they’re some of my best friends in the world—but their lives haven’t been on pause while I’ve been gone. They’ve changed a lot, and I’ve changed a lot.

After a few years traveling, it’s gotten increasingly hard to spend time at home. I’ve been left behind a bit. If I moved back permanently, I’m sure things would gradually find a new normal, but as things stand, I’m an outsider.

You Miss a Lot

And as things change at home, you miss a lot. I was best man at a wedding earlier this year, and it cost me several thousand dollars to be there. I can’t afford that for anything but the biggest events. Early on, I missed reasonably mundane things like 27th birthday parties. In the past few years, though, I’ve started to miss bigger events.

This year alone I’ve missed a different wedding and two of my best friends’ thirtieths. By sheer chance I was at home when my elderly dog died, so I was able to say goodbye, but I doubt I’ll be so lucky with the next one. I say goodbye to him every time I leave now.

If I keep traveling, I’m only going to miss more events like this. Births and birthdays, weddings and funerals. They’re all going to keep happening whether I’m there or not.

Relationships Are Hard to Build

It’s easy to meet a lot of awesome people when you travel—it’s much harder to build or maintain a real relationship with them.

When you meet people traveling, you tend to go all-in, fast. Life stories and confessions come tumbling out. You quickly connect with people and often will spend days or weeks hanging around together. I’ve made some incredible friends this way.

The problem is that your lives only overlap for a short time. It might feel like you’re going to be best friends forever and you promise that you’ll all meet up again, but it rarely pans out. I’ve had this happen with dozens of people.

And good luck dating. If maintaining friendships is hard, maintaining romantic relationships is next-level difficult. Short term flings are fine, but anything more serious is fraught with misunderstandings, sacrifices, and hurt.

Working While Travelling is a Difficult Skill to Master

I’ve had the freedom to keep traveling because I stay on top of work while I do. I think being able to work anywhere is genuinely one of my top skills, but not everyone is capable of doing it, and it can be a real challenge.

Most people who travel are on vacation. They’re there to have fun, see the sights, and relax. If they want to head out partying on a Monday night, they can and will.

Unfortunately, this means that most people you meet and befriend have a totally different local-lifestyle than you. They want to go out for long meals and day drinks. And trust me, you want to do it too.

Resisting the temptation to treat life like a vacation is one of the most challenging parts about traveling longterm. I could pack in the writing and coast for a month or two on the outstanding invoices. After that, I’d be broke.

Some people get it, and the popularity of online work on Instagram has helped with that, but a lot of people don’t. They try to tempt you with trips, activities, drinks, and parties. They’re not doing it out of badness, but because they haven’t quite grasped that the only way you’re able to keep traveling is if you don’t treat it like a vacation.

While it’s totally worth it, it’s still hard saying no all the time. It’s hard to sit alone in a café and work while your new friends are off having fun. And it’s hard to do it all again the next day, in the next location.

It’s Tricky to Stick to a Routine

Routine can be tedious, but it can also be empowering. A good routine frees you from making constant decisions and keeps you productive and healthy. It’s almost impossible to stick to one while you’re traveling.

And it’s like this with every part of your day. I always have to find coffee shops where the wifi is good enough for me to work. I try to work first thing in the morning so that it’s done, but if I’m moving location that’s often impossible, which means I have to work in the evening when I’m tired and smelly.

My favorite thing about going home for a month or two is that I’m able to get into a rock-solid routine. I can get up at the same time and start working immediately, before going to the gym and getting the same sandwich from the same shop on my way home. I always feel so much more productive there.

But when you’re traveling, you just can’t do it. The novelty is terrific, but it’s also physically and mentally draining.

I love traveling, and I’ve been super lucky to spend the last four years doing it. However, it isn’t all coconuts. It’s been hard, I’ve come close to breaking down, and there have been lots of times I’ve looked at flights home. If you want to do it, go for it. But don’t look at those Instagram accounts and think it’ll all be perfect. 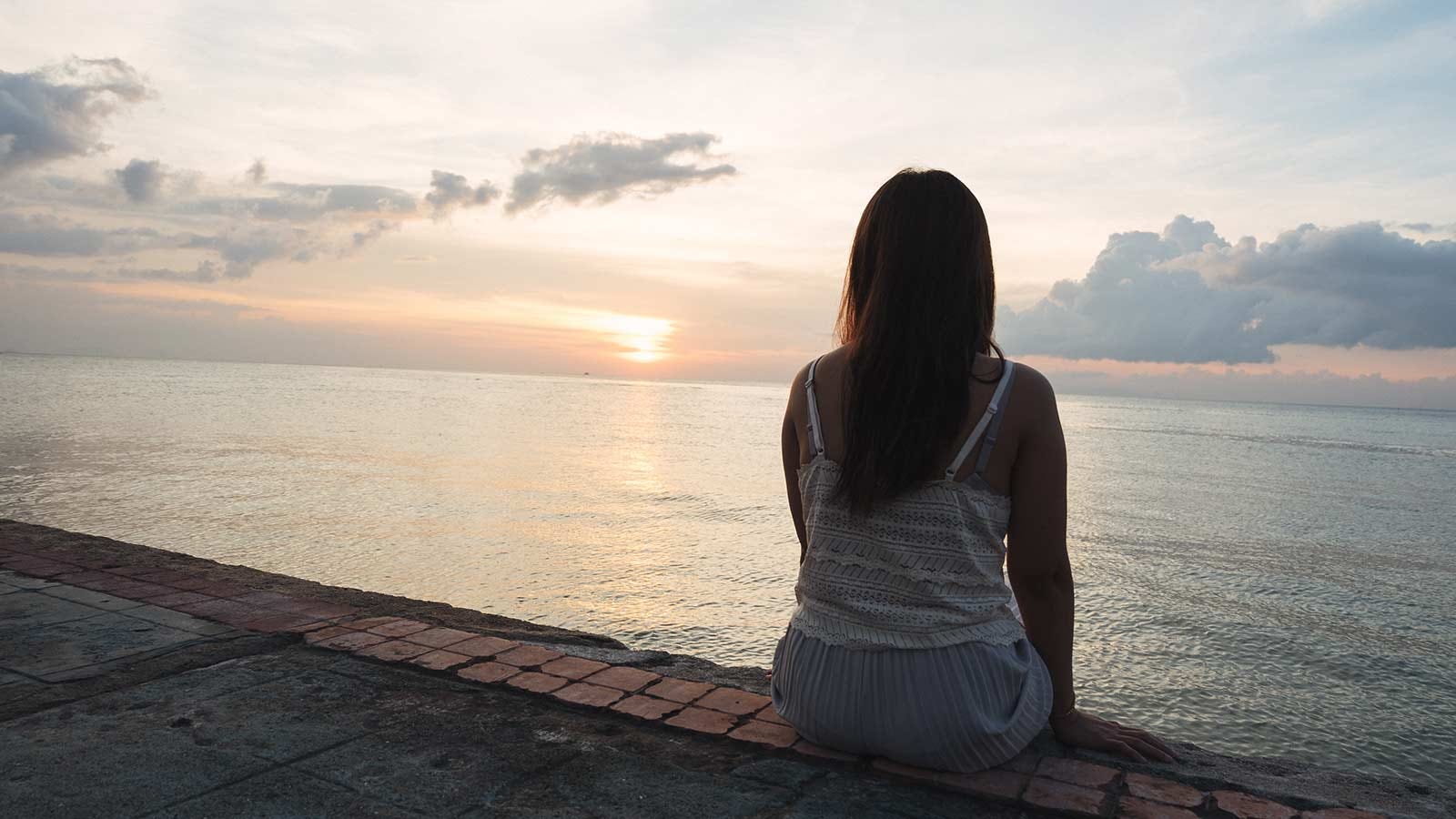