When most people think of fall foods, their minds go to pumpkin spice lattes and pumpkin pies. If you’re tired of pumpkin everything, a popular pizza chain has a returning item for you.

The Papa John’s jack o’lantern pizza is back. Before you get worried, no, there’s no pumpkin crust or pumpkin seed toppings.

Instead, the pizza’s base has been shaped into a pumpkin with a crust stem and everything. The thin crust is then topped with cheese, and pepperoni is added around the entire edge. The best part, though, is the smiley face in the center designed with even more pepperoni and some olives for details on the eyes.

Will it weird some people out? Maybe. Is it ultra-festive? Yes.

The pizza is available now on the Papa John’s website and retails for just $11. Yes, you can get it as a carryout order or have it delivered. You’ll want to get your order quick, though. This is a limited edition item and will disappear as soon as Halloween is over.

If you’re hosting a Halloween party, Papa John’s jack o’lantern pizza might be the thing to serve. But if you need some side dishes, we’ve got some appetizer ideas. 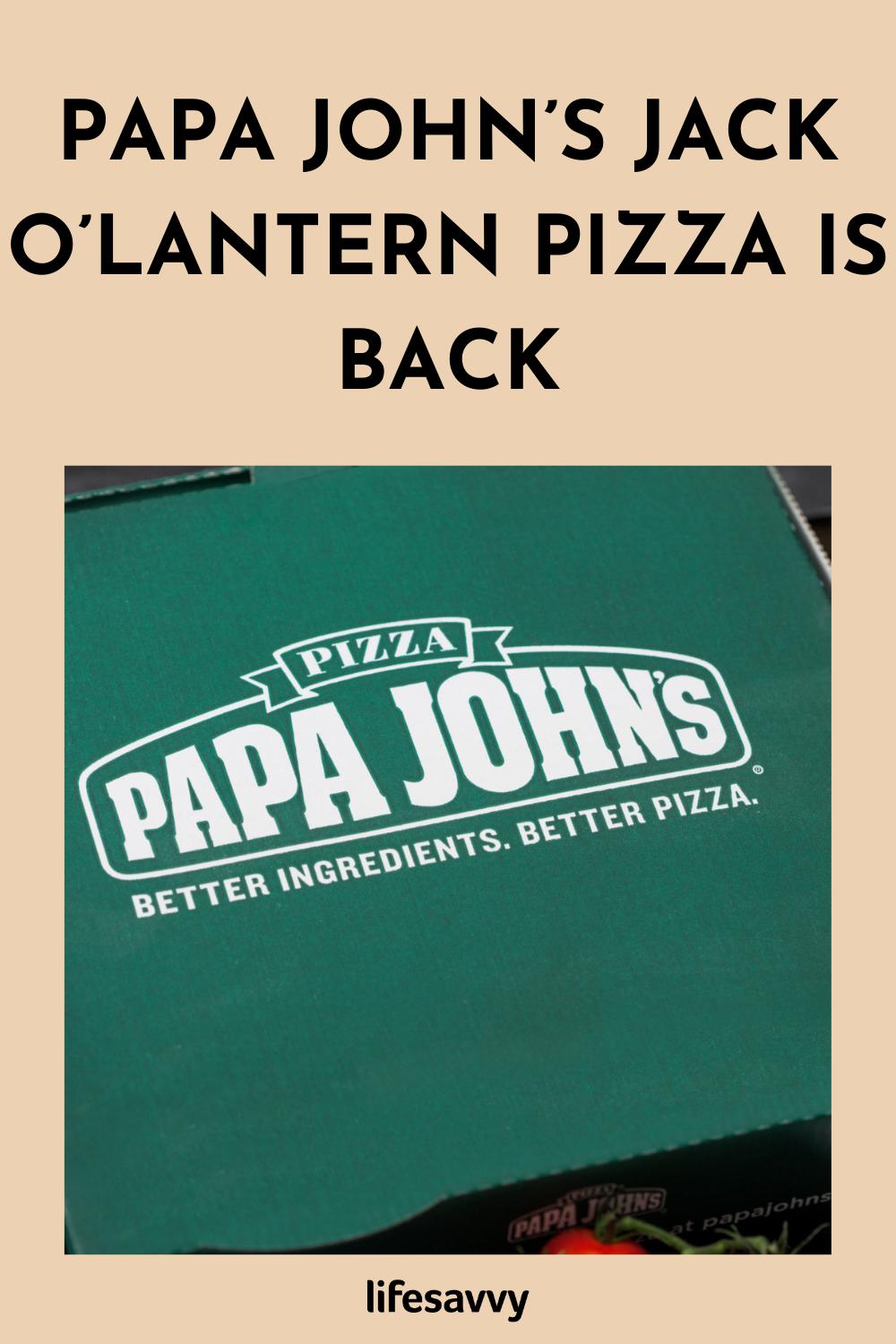