If you or someone in your family is a Marvel fanatic, then you probably know how the Avengers have thrilled and inspired a generation. Looking to bring the Avengers home? Check out these top-rated Avengers toys that inspire the imagination.

The Avengers movies are a box office smash and comic book sensation, so it’s no wonder that kids and collectors everywhere are clamoring for Avengers toys. From epic costumes to unique collabs with brands like NERF and Hot Wheels, these Avengers toys are perfect for the Avengers fans in your life.

Why buy an Avengers toy?

Collecting toys is a pastime for children all over the world. It helps them use their imagination, have fun independently or with friends, and stay out of their parents’ hair when it’s time to get down to business. Even adults collect toys as collectibles or as keepsakes that remind them of a special time. Since the Avengers franchise is special to so many people, purchasing Avengers toys for Marvel super fans is a no-brainer.

What should you look for in Avengers toys?

There are many factors that determine what toys become hot collector’s items, including scarcity, buzz, and, of course, the toy’s design. That being said, if you’re on the hunt for a cool collector’s item, it’s a good idea to invest in a product that comes with detailed, sturdy packaging and a popular brand name. While these types of Avengers toys are usually more expensive than other products, they are usually more likely to become collector’s items in years to come.

Our Picks for the Best Avengers Toys

These toy cars are durable enough to play with and detailed enough for collectors.

Pros: For those who love toy cars and the Avengers, the Hot Wheels Marvel Avengers Assemble set is a no-brainer. This set comes neatly packaged and features five vehicles from your favorite superhero crew. Featuring nice details and intricate accents, these Hot Wheels cars serve as an awesome collectible or a fun toy that children can play with for hours. Also, this Avengers toy car set features the classic durability that has made Hot Wheels a household name, so, like the Avengers, they can take a beating and come back for more.

Cons: It’s pretty pricey, not to mention prone to price fluctuations. As such, it’s not a product that you’ll want to keep in your shopping cart for too long since the price is known to increase around the holidays.

Bottom Line: Hot Wheels and Avengers—what a great combination. These cars aren’t only a dream come true for many children who are itching to play with their favorite heroes’ cars; they’re a potential collector’s item that may be quite valuable someday. Either way, despite a slightly hefty price tag, we’d say this set is well worth the investment.

This Black Panther claw is sturdily built for hours of imaginative fun.

Pros: Featuring a unique design that calls upon the user to heroically swipe through the air like Black Panther to launch its dual NERF darts, this toy is sure to be a hit for Black Panther fans all around the world. Despite this toy’s affordable price, it’s built very sturdily, and it’s simple even for young children to operate. If you’re looking for a fun, Avengers-themed NERF blaster that’s anything but ordinary, this one is a great choice.

Cons: This toy comes with three NERF darts and shoots two at a time, which is somewhat unfortunate. That being said, most kids will have so much fun playing with this toy that they’ll overlook the time they spend reloading it.

Bottom Line: Unlike regular NERF guns, this toy requires more effort than a simple twitch of the finger, so it’s a great choice for active children with lots of energy. That being said, it’s made out of hard, sturdy plastic, so make sure your children exercise caution before power slashing away with their new toy.

This fun costume set lets your kids role play as the Avengers!

Pros: The Imagine by Rubie’s Marvel Avengers Play Trunk is an awesome costume set that allows your kid to role play as the Avengers with their friends. This 25-piece set is made with durable material that holds up well to frequent use. Your kids can dress up as Hulk, Iron Man, Captain America, and the Black Panther. It also sports some nice details and fun accessories, such as Iron Man’s palm repulsors and Black Panther’s Wakandan kimoyo bracelet. If your kids like to pretend they are superheroes, this set will provide hours of exhilarating fun.

Cons: Given this set’s premium price tag, it’s unfortunate that the Avengers costumes don’t come in more sizes or with pants. That being said, if your children and their friends have vivid imaginations, they likely won’t mind seeing the Incredible Hulk and Captain America running around in blue jeans.

Bottom Line: Although this costume set is fairly expensive for what you get, it’s sure to be a hit for young Avengers fans who love role playing as their favorite superheroes. However, it only comes in one size offering, so if your child is older than 6 or 7 years old, you might have to seek out another costume set.

Pros: This 524-piece Avengers LEGO set includes cool features such as an Igor Suit mech, five Iron Man mini-figures, and some fun Easter eggs that are included with Iron Man mega-fans in mind. The awesome rendition of Iron Man’s Hall of Armor can be built and enjoyed by children as young as 7, and its modular design can be laid out in various ways to foster creativity. If you know a LEGO-lover whose favorite Avenger is Iron Man, picking up this playset makes all the sense in the world.

Cons: This LEGO set is fairly easy to assemble, so it might not be an ideal choice for older children looking for a more challenging LEGO experience. It is on the expensive side, although this can be said for most specialty LEGO sets on the market.

Bottom Line: This epic LEGO set is good for hours of fun and allows your kid to think outside the box when putting it together. While it’s not the most affordable toy on the market, parents of kids who love LEGOs are likely used to paying top dollar for toys that allow their children to use their brain while engaging in playful fun.

This action figure six-pack stands out for the durability and detail of its Marvel heroes.

Pros: The Marvel Titan Hero Series Action Figure Multipack is a pretty amazing value when you consider the size and quality of the six action figures that come in this pack. Their durable plastic construction can take plenty of hours of rough play. This set also comes with a beautifully illustrated box that is excellent for collectors, but the toys really shine when used for epic imaginary battles and beatdowns. If your kids love Marvel action figures, this is the product for you.

Cons: These action figures (like most models that are produced these days) don’t include bendable arms or legs, so they’re not quite as posable as the toys you may have played with when you were a child.

When you’re a child, playtime is nearly a full-time job. For this reason, it’s a nice idea to provide your children with toys featuring their favorite characters. If you have a child in your life that loves the Avengers, these toys will be perfect for them. 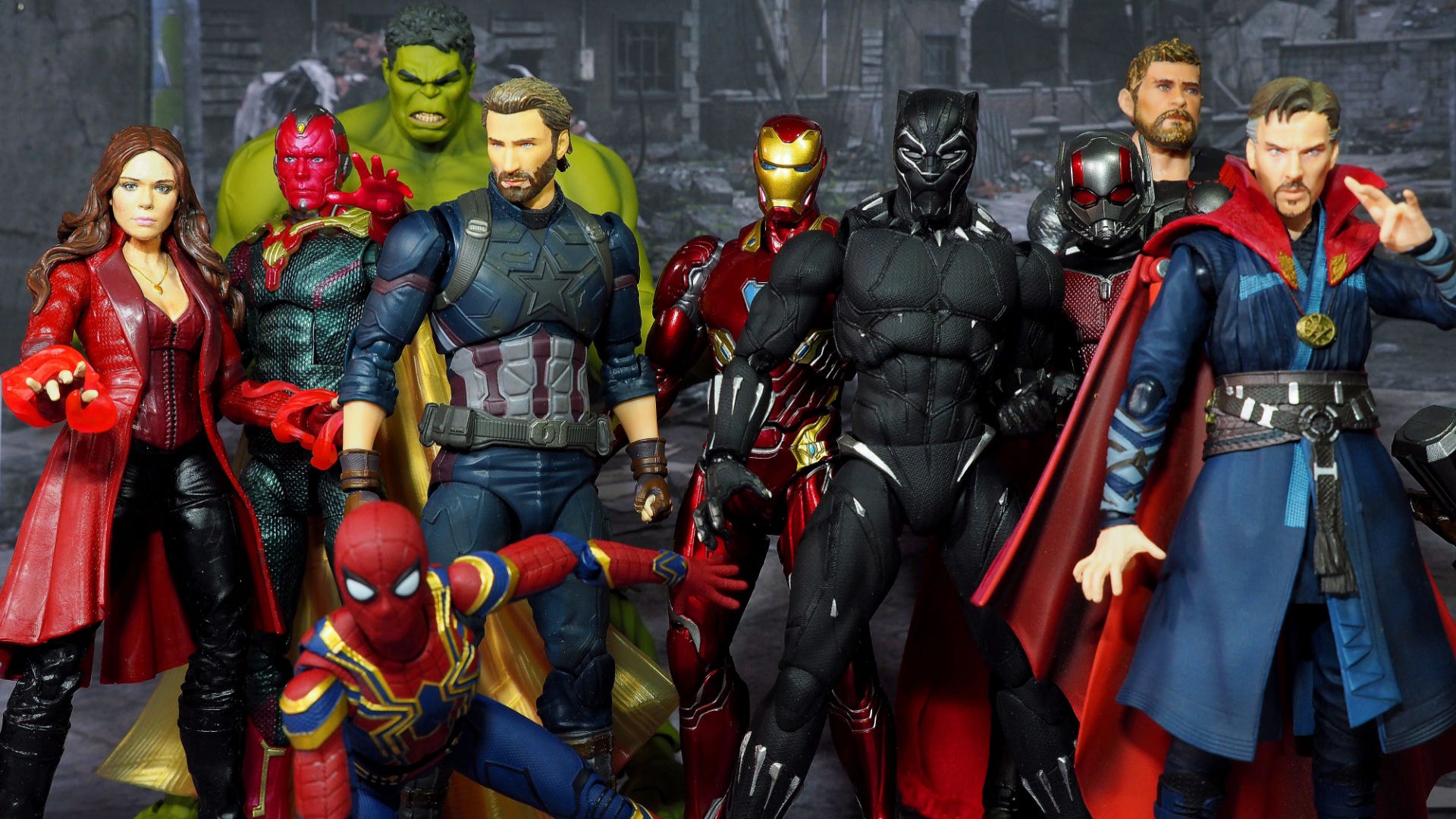 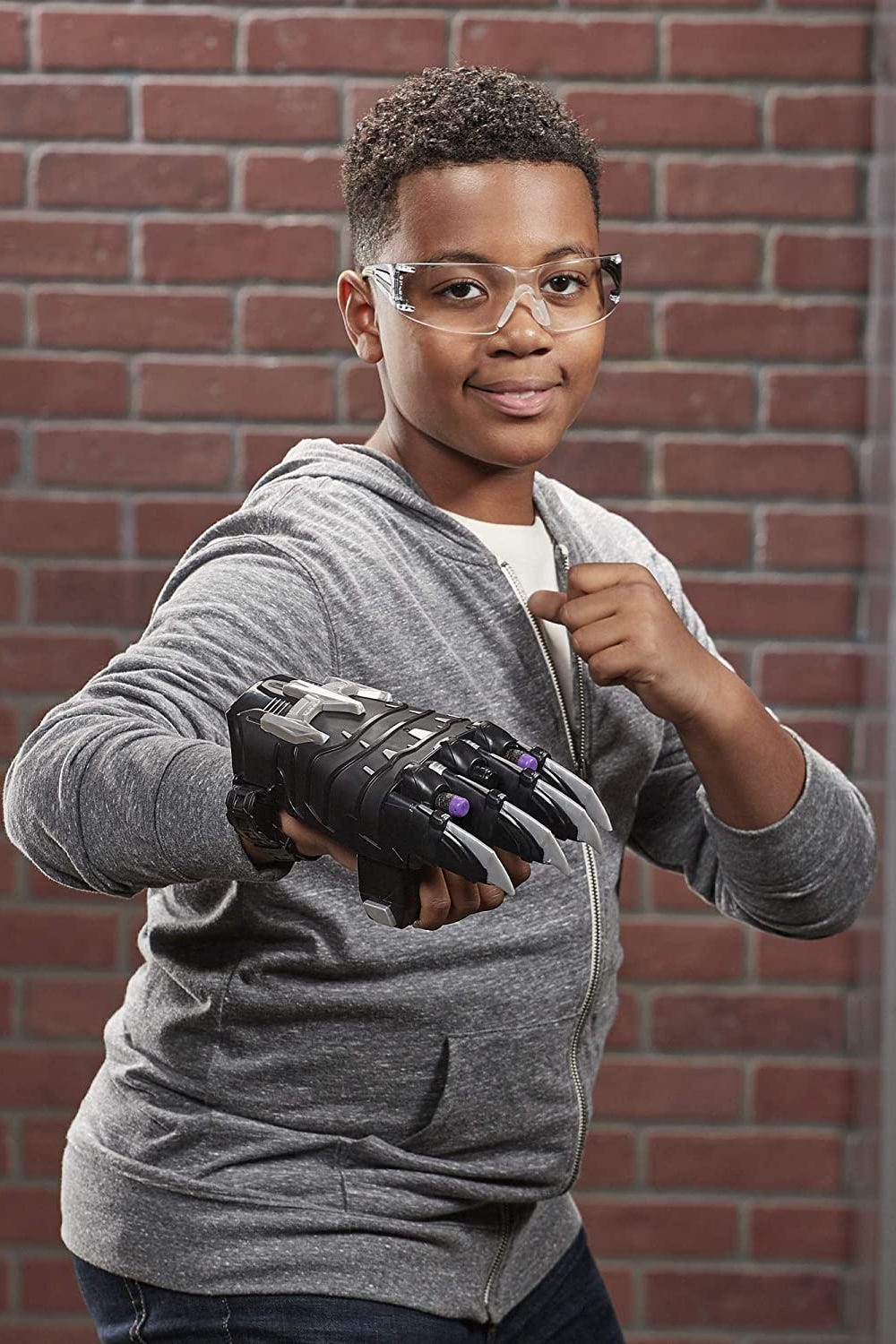