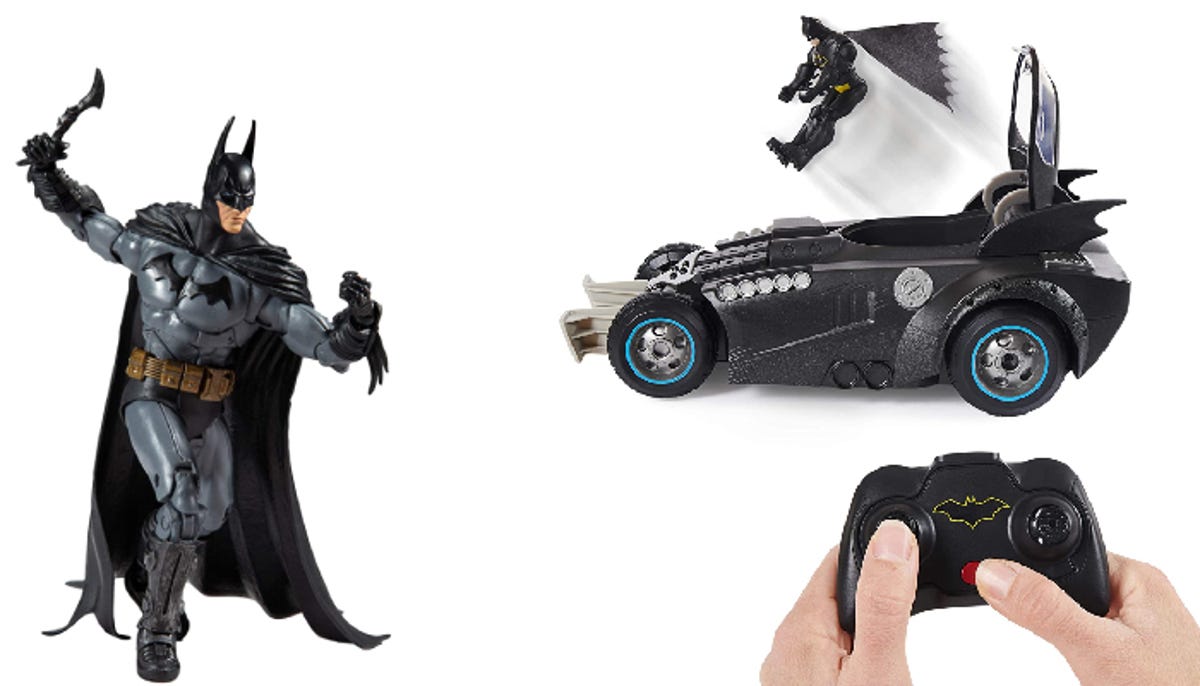 To some, he’s The World’s Greatest Detective. To others, he’s The Caped Crusader. To most dimwitted henchman, he’s “AUGH!” The world, however, knows him best as Batman, the crime-fighting midnight vigilante who prowls the rooftops of Gotham to keep the innocent safe and the baddies running for their lives. The Bat is among the world’s most recognizable and beloved superheroes, gracing the small and large screen for nearly 80 years of popcorn-munching fun. And wherever there is a pop-culture property to capitalize on, you better believe there are also must-have toys you couldn’t possibly pass up. So, if you’re in the market for a new kind of Batman toy, here are a few options you ought to check out.

Choosing the Dark Knight Toy for You 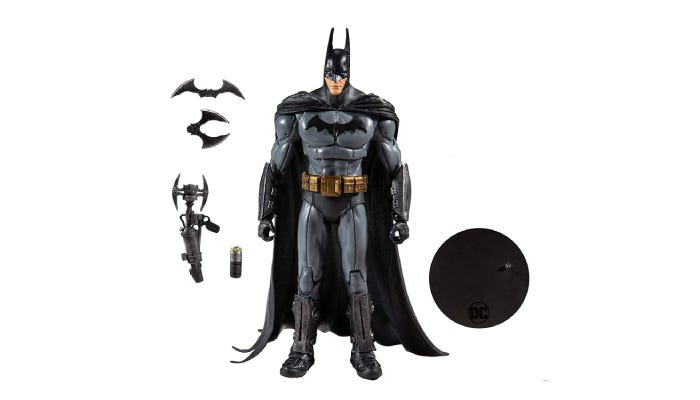 A lovingly crafted replica of the Batman who revolutionized modern beat-’em-up video games, this McFarlane Toys Batman: Arkham Asylum Batman Action Figure is incredibly detailed throughout. This action figure features up to 22 parts with complete articulation for a full range of movement and stationary positions. The figure includes a variety of classic Bat-gadgets and new ones featured in the game, like the grapple launcher, a bomb canister, and two different Batarangs: one open and one folded. A purchase here also includes a stationary base for users to prop up and position the figure in every kind of fighting pose.

A 7-inch replica of a new classic Batman, this figure is a rich replica and features up to 22 moving parts. 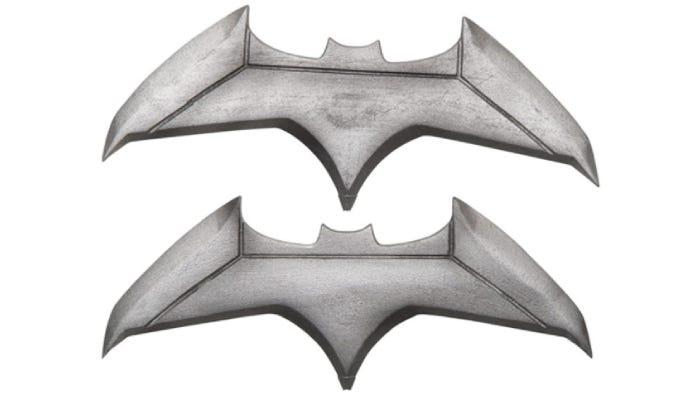 While it’s first and foremost a costume accessory, these Rubie’s Batarang replicas from Batman v Superman: Dawn of Justice are all a kid needs to truly immerse themselves in the world of The Bat. These polyurethane foam Batarangs feel hefty in one’s hand but are ultimately light on impact. And while they’re crafted from foam, these Bat gadgets still feature a close imitation of brushed steel that looks like it belongs on any hero’s belt.

A dual set that truly immerses a user in the world of The Bat. 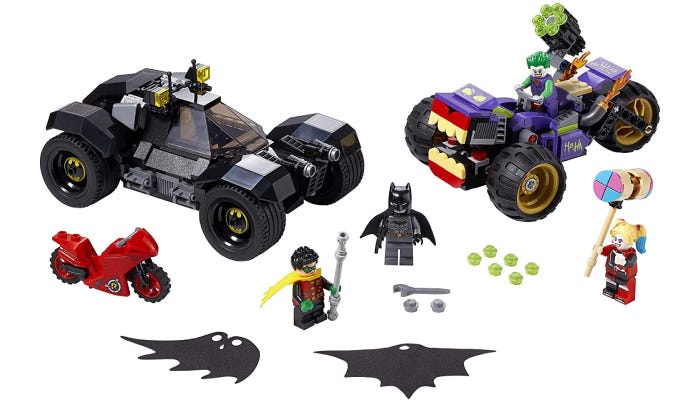 A free-wheeling, hero versus villain playset that features not one, two, or three, but four mini-figurines, this LEGO DC Batman Joker’s Trike Chase pits Batman against his most storied nemesis in Gotham. This LEGO set features Batman, his trusted sidekick Robin, the cunning Harley Quinn, and the villain who just won’t quit, Joker. Batman, Robin, and Joker all sport their own vehicles, with Joker’s mega-trike featuring a six-stud blaster that’s deadly accurate. Meanwhile, Harley can choose to ride backseat and wield her iconic multicolor mallet. In total, there are 440 pieces you can piece together to make the perfect Gotham pursuit.

This LEGO set features over 400 pieces for users to create their perfect high-speed pursuit across the streets of Gotham. 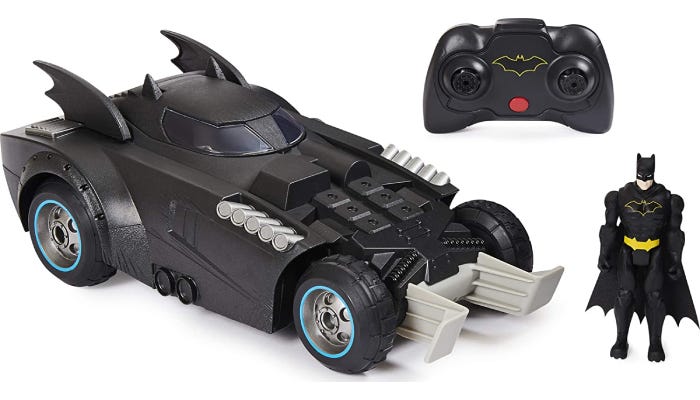 For those who enjoy the thrill of Batman in action, this BATMAN Launch and Defend RC toy brings users a speedy 1:16 scale Batmobile that, yes, can launch our hero into action. It’s a fully functioning RC unit that’s controlled by a 2.4-GHz dual joystick remote, meaning there’s up to 250 feet you can put between yourself and the Batmobile. Operation is simple: load the exclusive 4-inch Batman into the cockpit, shut it, drive it, then press the big red button to propel your hero across the room. Additional features include the Batmobile’s aerodynamic rear wings, its soft front bumper, and its USB cable charging design that lights up the cockpit when in use. 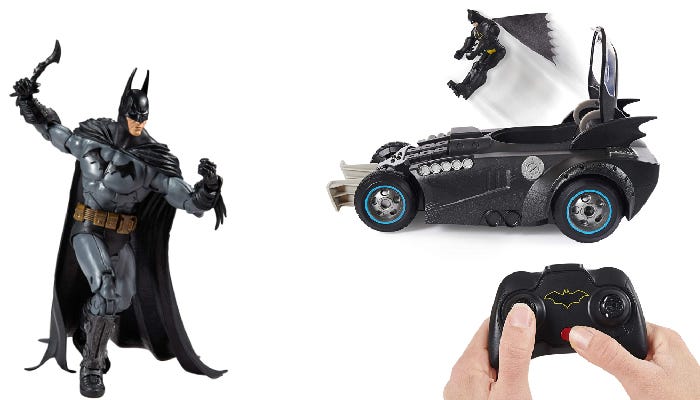