From Blackjack to Go Fish and everything in between, card games are a beloved means of high-stakes competition between family, friends, and even complete strangers. They know how to bring us together or quietly fill us with teeth-gritting frustration in a matter of just a few hands. And even if the card games you own have a designated spot on the top shelf three weekends out of every month, you remember how much joy they can conjure once they’re sprawled across the table again. If you’re in the market for a classic or new age card game that will really bring the family together, here are a few options that you should check out.

What to Look for in Your Next Card Game

Consider these factors when making your selection: 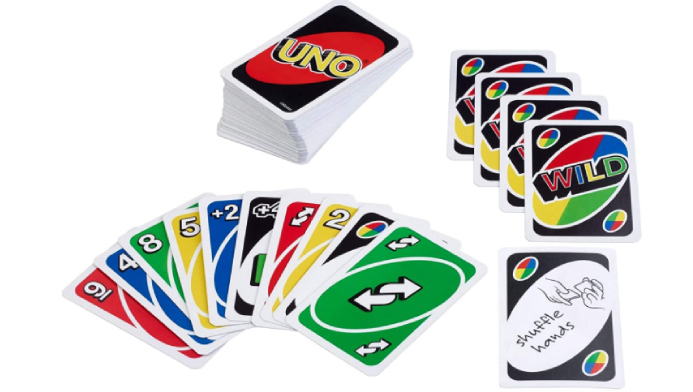 A classic and easy game to pick up for parties or during your downtime, UNO is a color-coordinated matching game that always finds a way to bring out some friendly competition. Each tin of UNO cards comes in a deck of 112 cards and includes detailed instructions on how to play and win. The goal is simple: quickly get rid of the cards in your hand by matching one of them to the number or color of the card the person before you slaps down. Can’t find a match? Just pick up a card from the draw pile and forfeit your move until all players have played their hand again. It’s a game of speed, strategy, and the occasional hard stare.

UNO Family Card Game, with 112 Cards in a Sturdy Storage Tin, Travel-Friendly, Makes a Great Gift for 7 Year Olds and Up? [Amazon Exclusive]

A fast and enjoyable match game that only gets more fun when more people join in.

Best for Couples: OUR MOMENTS Couples 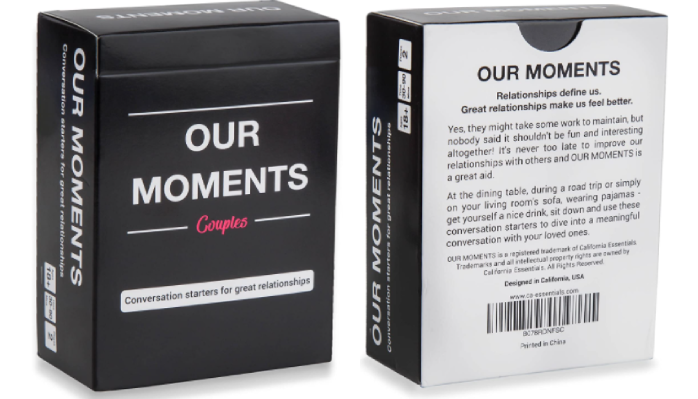 Looking for a new way to spice up evenings indoors? OUR MOMENTS Couples is a card game intended to draw you and your partner out of the comfort zone and into honest and always romantic conversations. There are 100 cards in total in the deck, each featuring a question geared toward getting partners to open up and discuss the special moments they’ve shared. The only rule? Listen. Listen to what your partner has to say thoroughly because nothing is more cherished in a relationship than effective communication.

This card game for partners ensures healthy communication in a wholly entertaining way. 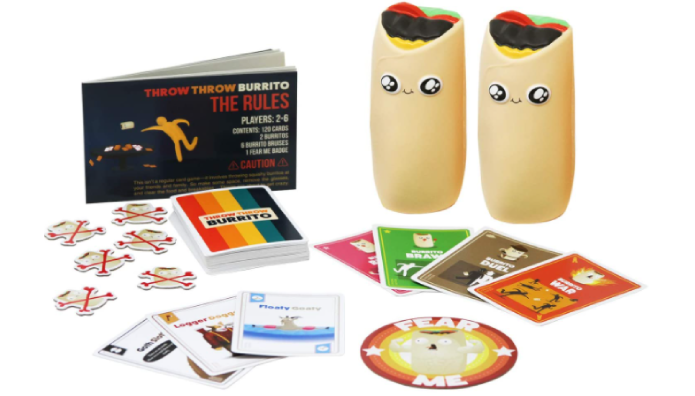 Enjoy all the excitement of dodgeball without having to relive the worst years of junior high, Throw Throw Burrito mixes plush toys and cards for one wildly addictive outing. That adorable burrito with the anime eyes? Yep, you launch that at your siblings from across the room, but not before finding three cards of a kind in the deck before everyone else does. These cards nab you points, but getting hit by the burrito loses them, so don’t forget to duck. Go to war with squishy Mexican food without feeling bad about hitting anyone in the face.

This adorable card game takes things airborne and is ideal for groups between two to six players. 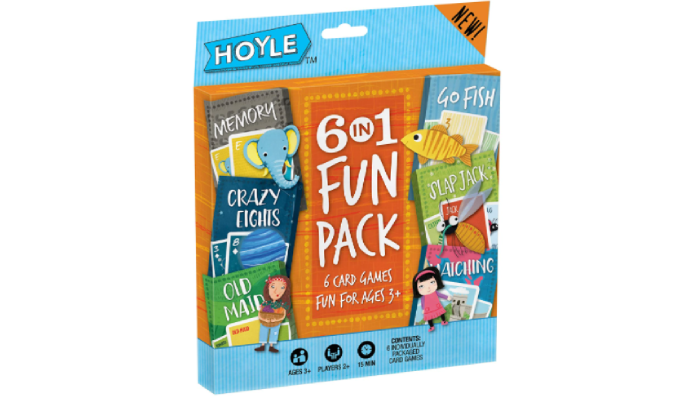 For anyone on the hunt for those tried-and-true classics, this Hoyle Fun Pack offers users six easygoing card games that any kid can pick up. Ideal for players ages 3 and up, this game pack includes Go Fish, Memory, Old Maid, Crazy Eights, Slap Jack, and Matching. Each game set features cards with unique themes and graphics. These qualities only heighten the cognitive skills and color identification proficiency a child can develop while competing.

A multipack of six cherished games that children will have no problem playing for hours on end. 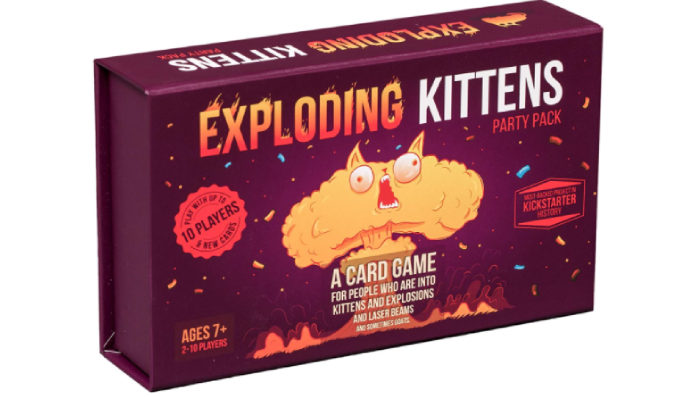 Prior to creating Throw Throw Burrito, The Oatmeal company created another zany card game with an equally ridiculous premise: Exploding Kittens. This Party Pack Edition of the game is still as family-friendly as the original version while making room for more players to get in on the fun (two to ten players). It’s a game of hilarious chance: draw an Exploding Kitten from the deck, and you lose. There are various other cards and ways to evade the explosive shunning, but it’s still easy enough for players as young as age 7 to pick up and enjoy.

The insanely popular card game that's as ridiculous as its title suggests. 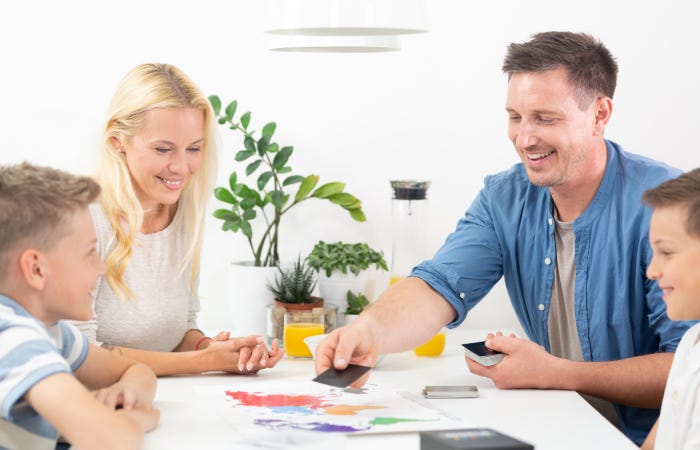