Corded phones may not be as popular as they once were given the accessibility of cell phones all across the world; however, they still prove to be an important asset in a variety of settings. Their use is especially helpful in the homes of senior citizens. Some believe mobile phones have grown increasingly complicated, so it should also come as no surprise that their corded alternatives have great appeal as an easy-to-use means of communication among older communities. They do not concern themselves with extensive features or the latest streaming service apps; at the end of the day, they just know how to make the right calls. Here are some we recommend.

Keep these factors in mind before your purchase:

This is a clear leader among corded phones you can buy right now. In almost every thinkable capacity, this phone will make sure that you never miss a call. For those with sight and hearing impairments, this phone offers multiple audio control and sight options, from its extra-loud ringer to its visual ringing indicator. It combines extra-large buttons and a clear LCD caller ID display with audio assistance that temporarily increases overall volume while on a call. It’s also compatible with hearing aids. In regards to mobility, you can either place this one on a bedside table or mount it on any wall in the house to preserve space.

This corded phone with caller ID is ideal for individuals with hearing or visual impairments.

For those in search of a corded phone that won’t break the bank but still has useful features, the AT&T Trimline will fit right at home on any wall or work desk. Though it is a slimmer model, it still provides space for a caller ID that allows you to view the name, number, time, and date of incoming calls, as well as those you have on hold. Its caller ID history saves the names and numbers of the last 80 people who called you, in addition to storing 13 phone numbers for quick dialing. This phone is also compatible with hearing aids, and its light-up keypad makes for an efficient dialing process.

This is a conveniently priced, easy-to-use corded phone that packs a variety of features into its slim design.

Unmissable may be the best way to describes the iSoHo Big Button Corded Phone. Its big button dial pad may be its most distinct feature, but other aspects such as its target voice amplifier—a microphone designed to capture and heighten even the softest voices on a phone call—prove customer care isn’t an afterthought. It accommodates several fronts of impairments. For seniors who are hard of hearing, the phone features three volumes and three ringer controls. Alongside its extra-large buttons, six of which act as speed dial memory buttons, the phone’s dial pad is backlit to ensure day and night visibility. Among its most unique features that may go unseen, this phone is crafted with a lightweight body that aims to prevent the aggravation of arthritis.

This phone is an ergonomic house phone that delivers high-quality calls as seamlessly as possible.

A decidedly more high-tech corded phone, this VTech phone system is still an easy-to-use and reasonably priced option for seniors. Using power generated from the telephone line, this phone’s ECO mode power-conserving technology is so durable that users can even make calls during power outages. Perhaps its most enticing selling point—driving home the bang for your buck—is the additional, cordless handset that is included with its purchase. While cordless phones do have a habit of being misplaced, the VTech’s corded base features a “Find Handset” button that triggers a ringer if ever you happen to lose it.

This phone system offers two phones for the traditional price of one.

Wall-mounted corded phones can be a great option for anyone who wants a corded phone but has limited countertop or tabletop room in their living space. Rather than needing to find a spot to store and rest this AT&T phone, you can mount it on any wall in any room in your home, using space that otherwise couldn’t be used. And since it’s wireless, you don’t need to worry about placing it near an outlet in order to work. That’s not the only advantage this corded model offers, either. Volume control is available for both the ringer and handset, so you can set them as loud or quiet as you wish. This is an especially useful feature for any hard-of-hearing seniors or anyone else with hearing impairments, or for those who are sensitive to loud noises. The keypad lights up when dialed, so you’ll be able to fully make out the buttons, night or day. And in addition to the three single-touch memory buttons, you can program up to 13 different numbers into speed dial for faster and more efficient calls to frequently used numbers.

A corded phone that can be mounted on the wall in any room in your home for maximum space efficiency.

You’ll get the best of both worlds with this corded phone set. It comes with not one but two compatible cordless phones, allowing you to strategically place them throughout your home in the spaces or rooms that best work for you. The corded phone itself rests on a phone base with a high-contrast LCD screen that is easily readable. The keypad and buttons are illuminated so you can easily make calls at night or in other low-light situations. It is compatible with Hearing Aid T Coil and has an optional range extender. Plus, you can block up to 250 different numbers so they can’t ever call your phones again. There’s also a built-in answering machine and the option to use one of the cordless phones as a baby monitor; you can place one in the baby’s room or nursery and program it to send an immediate alert to the corded base system and a landline or cell phone. As a bonus, this phone set’s noise reduction feature works to both reduce background noise while enhancing the voices on the phone for overall clearer sound. And thanks to the battery backup, when the base unit is charged you will still be able to talk and make phone calls for up to seven hours, even if the power goes out.

A corded phone and base that comes with two matching cordless phones, all equipped with plenty of useful extra features. 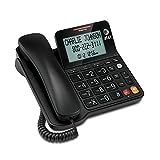 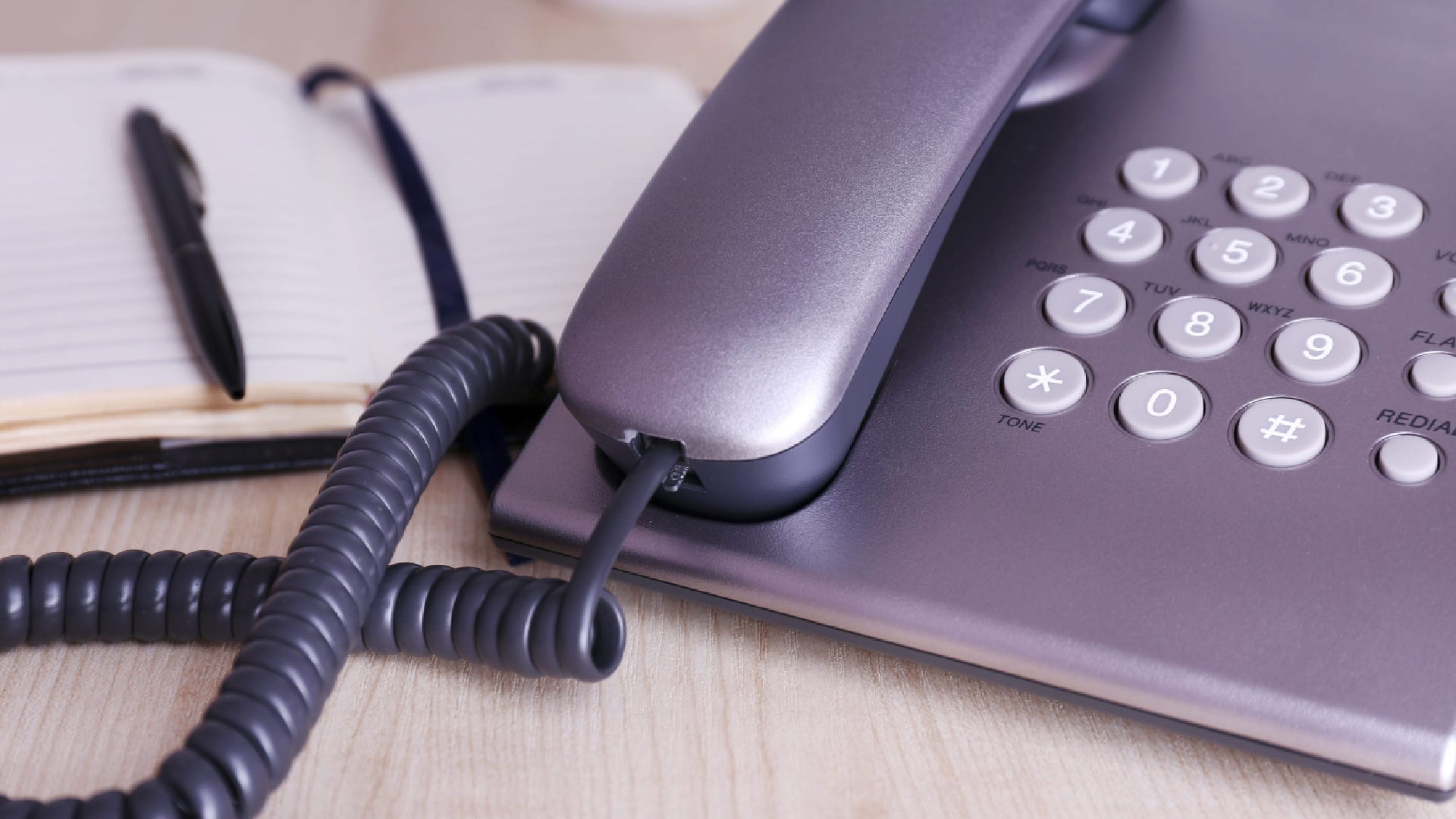