Rachel Shubin is a freelance journalist who is passionate about telling stories. Along with writing reviews for LifeSavvy, she writes a book column for Cape May Magazine and is a reporter for the Cape May Star & Wave Newspaper. When Rachel is not writing, she can be found advocating for mental health awareness and animal rescue, reading novels, exploring Cape May, or working on her polymer clay jewelry business, Piper + Pearl Co. Read more...

About LifeSavvy
and Dorian Smith-Garcia

Dominoes is a game that has been played for thousands of years. It's a great game to involve the whole family and enhance your game strategies. One of these nice sets will make a great investment for many future game nights of domino fun.

Why buy a dominoes game set?

Dominoes is actually a game that involves strategy. And much like a game of Uno, it can feel like a high-stakes experience. If your friends or family love the challenge of a game that requires thinking ahead several steps, this is a great game to purchase.

What should you consider when shopping for a dominoes game set?

RELATED5 Games to Keep Your Brain Sharp and Nimble

When were dominoes invented?

Dominoes have been around for centuries. While the true origins aren’t fully known, the first reference to the game can be found in writings discovered from the Song Dynasty in China between 1232 and 1298. The modern version of dominoes, which is what most people in the West play, can trace its origins back to Italy in the 18th century.

Our Picks for the Best Dominoes Game Sets

A colorful version of dominoes that you'll love to play.

Pros: Who said that dominoes always have to be white with black dots? This great set of 136 dominoes allows for anywhere from two to ten players and comes with a metal tin to store your tiles between games. And it comes with everything you need to play Mexican train.

Cons: While colorful, the most common complaint about this game set was that quality control was inconsistent. When specific tiles have scratches on the back, it can make it easy to pick them out if that tile offers a real advantage to a player.

Bottom Line: If you’re ready to shake up your game night with a colorful set of tiles, this is a solid option with enough tiles to accommodate a larger group of players.

A sleek dominoes set that's perfect for when you take your game on the road.

Pros: Not everyone wants a clunky dominoes set that has to be stored on a shelf or on a table. This sleek dominoes set features a leather-like case to store them between uses and comes with 28 tiles with a spinner. The compact case can easily fit in a backpack or luggage, making this a great travel-friendly solution.

Cons: While the case tended to get rave reviews, people were less thrilled with the actual tiles. Common complaints centered around the tiles not meeting professional size specifications. Additionally, others noted that some of the pips didn’t line up properly.

Bottom Line: For those who like to play dominoes and bring their game set with them, this travel-friendly solution is a great way to always be ready to play a game. However, the tiles don’t have the best construction quality.

Pros: Younger children might not be ready for the strategy required to play a traditional game of dominoes. But thankfully, there’s more than one way to play with the tiles. Little ones will love this wooden dominoes set that comes with 107 pieces and offers endless configurations for trails to tip over and structures to build.

Cons: If you’re getting a dominoes gaming set for a child with traditional gameplay in mind, this won’t be the winner. More importantly, if you have older Hape dominoes sets, this one isn’t compatible.

Bottom Line: For youngsters who only understand dominoes as maze and layout games, this is a solid solution with 107 pieces. But if you want more traditional dominoes with dots, this isn’t the set to get.

Up the ante on game night with Mexican train dominoes.

Pros: With enough tiles to accommodate eight players, this is a fun variation on the traditional dominoes game. Up the ante with Mexican train dominoes and ensure that everyone has a good time at your next family game night. You’ll get 91 dominoes, nine trains, an aluminum carrying case, and a score pad.

Cons: Again, a common complaint centered around build quality. Some individuals noted that the central station lacks a whistle—a common feature for many other dedicated Mexican train dominoes sets.

Bottom Line: This is a great addition to your family game night at an affordable price. If you’re familiar with Mexican train dominoes, this is a solid pick.

A solid option if you're shopping on a budget.

Pros: Whether you’re buying a child their first dominoes game set or you simply want to stick to a strict budget, this wooden domino set is a great starter option. You’ll get 28 engraved dominoes that are 5 inches tall, making them ideal either for smaller children or older adults that want larger tiles.

Cons: This is a no-frills set of dominoes. So, while it comes with instructions and is sturdily built, it lacks the pretty packaging or dedicated storage case you see with other domino sets.

Bottom Line: If you’re shopping on a budget or getting a child their first set of dominoes, this is a solid option. However, it’s very basic and lacks a nice carrying case.

Dominoes is a classic game and a fun way to connect with friends and family while also ensuring that you’re limiting screen time. Whether you opt for a simple set or something fancier, there’s no reason not to add a dominoes set to your game collection.

READ NEXT
Rachel Shubin Rachel Shubin is a freelance journalist who is passionate about telling stories. Along with writing reviews for LifeSavvy, she writes a book column for Cape May Magazine and is a reporter for the Cape May Star & Wave Newspaper. When Rachel is not writing, she can be found advocating for mental health awareness and animal rescue, reading novels, exploring Cape May, or working on her polymer clay jewelry business, Piper + Pearl Co. Read Full Bio »
Recently Popular
LifeSavvy is focused on a single goal: helping you make the most informed purchases possible. Want to know more? 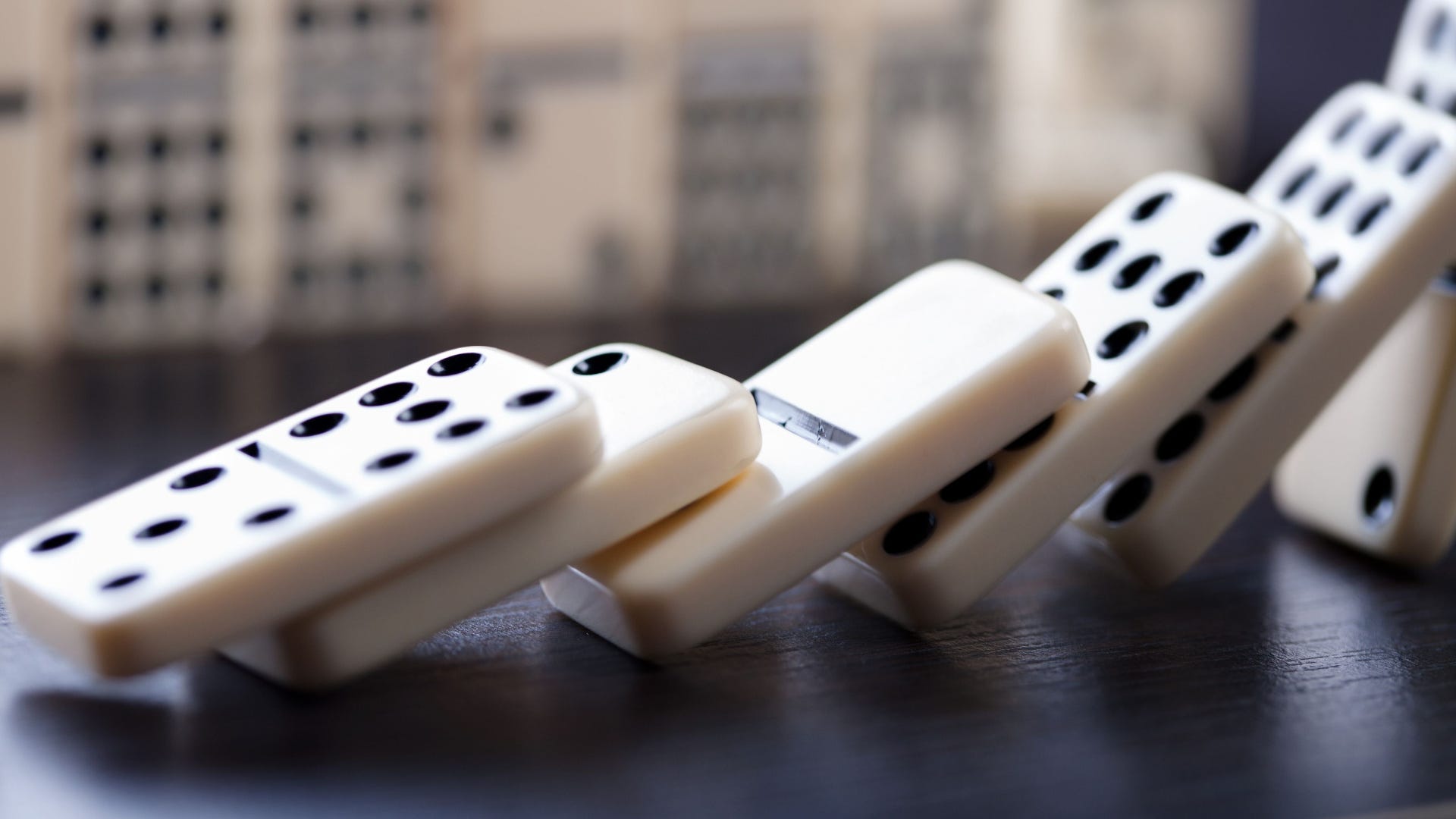 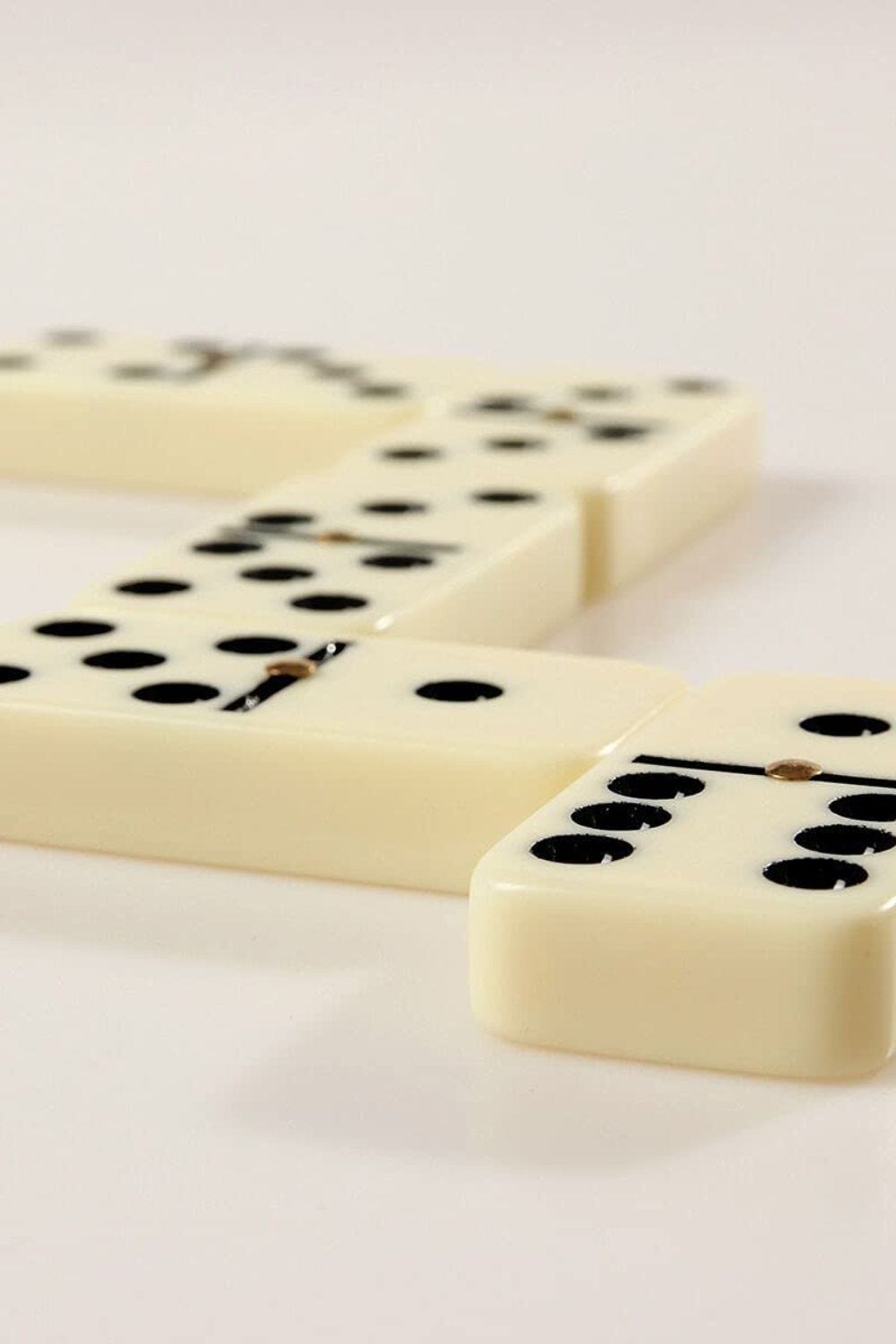