About LifeSavvy
| ✔ Reviewed By Jasmine Paxton

Jasmine Paxton is a freelance editor based in Atlanta, Georgia with an extensive editing background in digital media. She has five years of experience editing content within the fashion editorial and beauty and lifestyle industries and specializes in editing product information for buying guides and copy for brand-growth marketing on Amazon. Read more...

As cord-cutters wave goodbye to cable TV, many say goodbye to the DVR that came with their cable package. Thankfully, plenty of great over-the-air (OTA) DVRs is on the market to ensure you won't miss out on your favorite programs.

Recording your local stations was a piece of cake back when almost every home had a trusty VCR. Nowadays, recording your favorite programs in high definition without a cable or satellite TV package can be a little tricky. We made this guide to showcase the best DVRs on the market so that you can find the perfect product to playback your favorite shows or home security footage.

Why buy a DVR?

Almost everyone likes free stuff, so it makes sense that TV antennas are making a comeback in a major way now that more people than ever are canceling expensive cable TV packages. However, your TV antenna does present a problem since it doesn’t allow you to record programs or skip commercial breaks. To do features such as these, you’ll need a DVR. Thankfully, there are quite a few great OTA DVR options that are considerably less expensive than the one you were renting from the cable company. Additionally, many home security systems utilize a DVR to conveniently record security cam videos. These videos can be incredibly important in a burglary or other home emergency, so ensuring your security footage is secure is imperative.

What should you consider in a DVR?

What are some must-haves to be able to use an OTA DVR?

The most important thing you’ll need is an HD OTA antenna. Thankfully, you should be able to find a great HD antenna without spending too much money. However, how well the antenna will perform is another key factor. Urban areas are better suited for picking up a wide variety of broadcasts and are often a perfect match for an inexpensive indoor antenna. If you have an antenna and it’s been picking up clear HD signals, you should be all set for a DVR. However, remember that some OTA DVRs connect directly to your network via Wi-Fi or ethernet, so robust internet performance is a must-have if you choose one of these products.

Our Picks for the Best DVRs

This DVR sports an intuitive guide interface and allows you to record up to four programs at the same time.

Pros: If you’re seeking a DVR that gives you many options, the Tablo Quad is for you. This DVR can record up to four channels at once and is great for multi-TV households since it connects to your router instead of your TV. Thus, multiple devices can utilize it once as long as they’re on the same network. This DVR also scores points for its intuitive, cable-like guide interface and doesn’t require a subscription for its TV recording and playback functions.

Cons: The Tablo Quad doesn’t feature a built-in hard drive, so to make the most of this product, you will have to purchase a hard drive if you don’t have one lying around. Also, remember that picture quality is largely determined by network quality, so reliable internet is a must for this DVR.

Bottom Line: This product gives you a ton of value for the price and is a great option for those who already have reliable high-speed internet. Tablo’s guide interface is the cleanest and easiest to use among OTA DVR options, making the Quad a no-brainer for those who want their DVR to do more for less.

This budget-friendly DVR is compatible with a wide range of devices and sports an intuitive UI.

Pros: Featuring an enticing price point and most of the great functionality that made the Tablo Quad our Best Overall pick, the Tablo Dual LITE offers an amazing bang for your buck. It’s compatible with a wide range of services and devices, including Apple TV, Xbox, and Roku, and sports an easy-to-navigate UI that has quickly become the standard for OTA DVRs. This device even lets you skip commercials at the press of a button and watch shows from mobile devices, although these premium features require a subscription to unlock.

Cons: Setting up this device is no walk in the park, as it might require a bit of troubleshooting for optimal results. It might even be a good idea to link it with your router using an ethernet cable instead of Wi-Fi, as this will promise a more steady connection. Also, like other Tablo models, this DVR requires a hard drive to store recorded programs.

Bottom Line: While this DVR can only record two programs at a time (compared to the Tablo Quad’s ability to record four at once), many people will find this a great tradeoff in exchange for the device’s budget price. While it’s not the easiest OTA DVR to set up, once it’s up and running, it leaves very little to be desired in functionality or ease of use.

This TV converter box comes equipped with basic DVR functionality, including the ability to record every episode of your favorite TV series.

Pros: Looking for DVR functionality at the lowest price? This product from ZJBOX is an analog-to-digital TV converter with a built-in flash drive port that lets you record and store TV shows and movies. It also allows you to record every episode of your favorite series in 1080p output resolution and works with new HDTVs and older TVs that rely on a coaxial connection. While this isn’t the most high-tech DVR option on the market, its responsive remote and reliable performance show why it’s a best-selling DTV converter.

Cons: This product doesn’t include a built-in hard drive, which, to be fair, isn’t really to be expected from DVRs at this price point. That being the case, if you are recording a lot of programs, you’ll want to invest in a high-capacity flash drive or external hard drive to use with this device. Also, while this converter box allows you to record every episode of a specific series, it lacks many nuanced scheduling options that come standard on pricier DVRs.

Bottom Line: If you don’t mind tinkering around with this product to unlock its full potential, you’ll find a lot to love in this budget-friendly TV converter box. While DVR functionality is far from groundbreaking, it’s enough to have peace of mind that your favorite programs are getting recorded with minimal effort.

Pros: This DVR can connect with up to eight security cameras, including TVI, AHD, CVI, and IP models. It also allows for seamless motion detection and remote viewing functionality, as well as video recording when paired with a compatible hard drive. Despite its budget price tag and feature-rich design, this DVR is incredibly simple to set up for those who have used a security camera DVR in the past.

Cons: Since this device is designed to run continuously, it’s somewhat surprising that a built-in fan is not included to keep its internal components cool. While this DVR is fairly adept at dissipating excess heat, it’s not a model you would want to keep running in a hot environment for extended periods. However, during room temperature use, it runs admirably and quietly.

Bottom Line: Given the flexibility and functionality this DVR can add to your security system, it is an incredible value at its price. While this DVR lacks some of the bells and whistles of newer security DVR setups, its ease of use, broad compatibility, and simple setup process make it a must-have for those seeking to upgrade their security cameras.

This multifunctional digital converter can be used to record more than your run-of-the-mill DVR.

Pros: Featuring a multifunctional design that’s as handy for recording Zoom video conferences or digitizing old VHS tapes as it is for recording your favorite TV programs in HD, the  ClonerAlliance Box Pro has a lot to offer for its price. Like other popular DVRs, this one requires an external storage device to be connected for instant playback of recorded files via its included remote. Along with scheduling recordings in advance, this DVR also has some handy features, such as one-press screen-capturing and digital signal conversion, making it a great choice for those seeking a DVR that does more.

Cons: Potential buyers should keep a few things in mind. First, this product tends to run fairly hot, especially after hours of recording. As such, it would probably be wise to give this device a break every few hours. Also, it’s relatively pricey for the technology you’re receiving, which is a little antiquated by 2022 standards.

Bottom Line: While the ClonerAlliance Box Pro doesn’t sport the newest tech, it’s still more versatile than most DVRs on the market in terms of its ability to record a wide range of media formats. Those interested in recording things on their TV, computer, gaming consoles, or streaming services are likely to be impressed by the Box Pro’s capabilities.

With so many DVR solutions available for OTA HD antennas, cutting the cable is rapidly becoming an attractive option for many. While many DVRs share similar functionality, most top models specialize in at least one aspect, making them an excellent choice for some. Be sure to research before choosing the best DVR for you to ensure it is a natural pick for your TV and lifestyle. 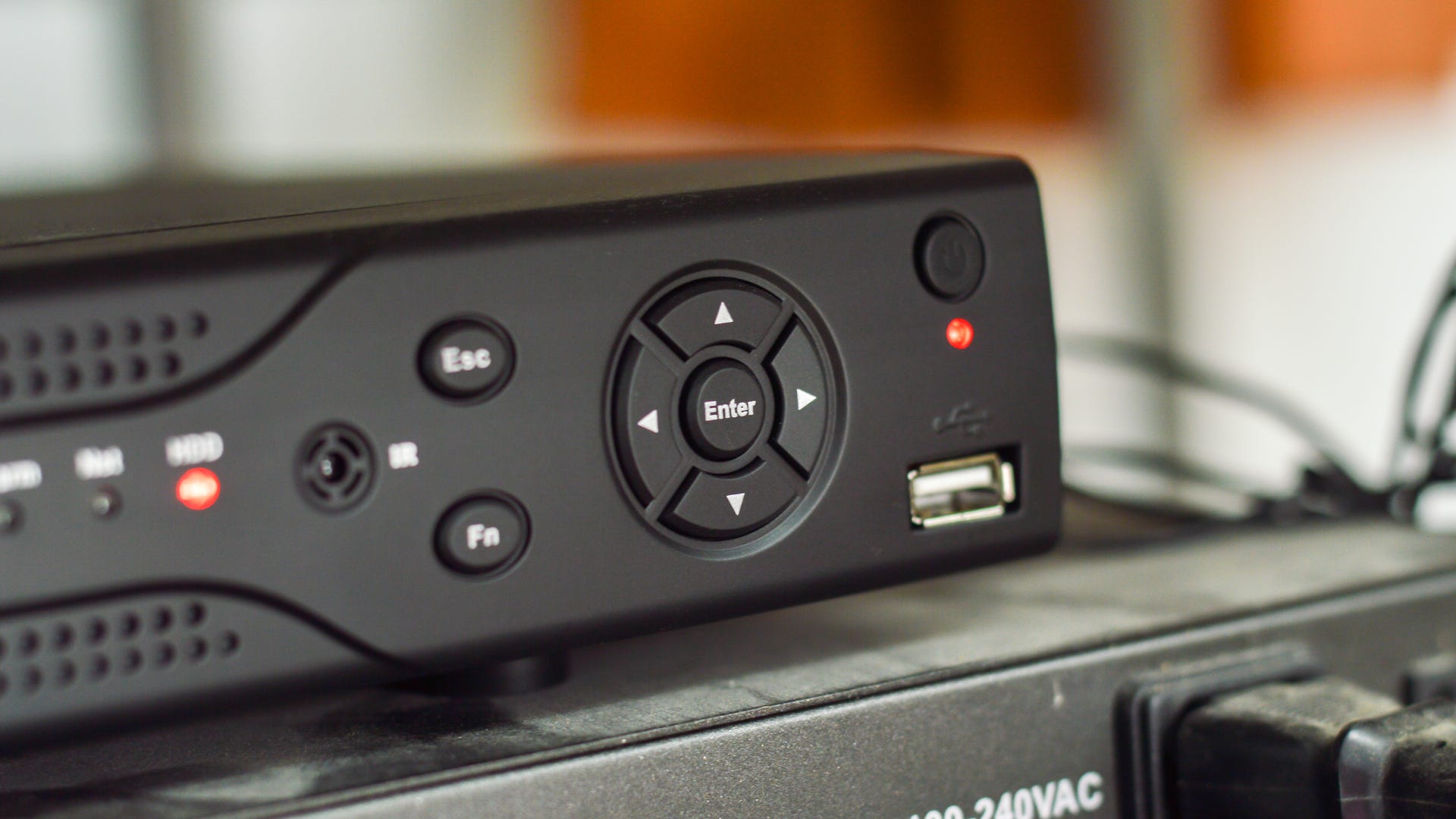 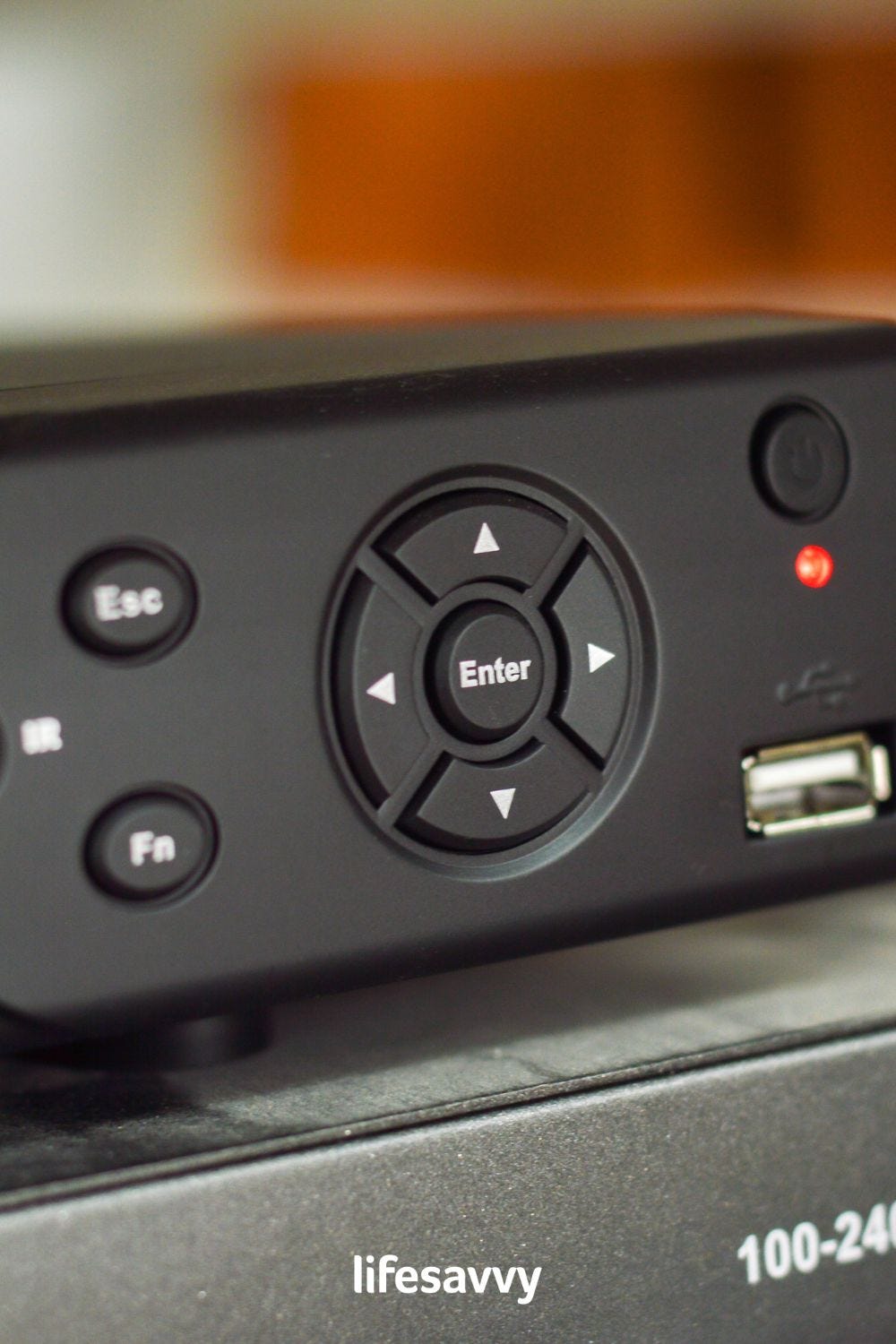