When snow starts falling from the sky, walking to your car can be a slippery and treacherous task. If you're looking for a lightweight and inexpensive way to clear snow, an electric snow shovel is a great choice.

From snow blowers to snow throwers and good old-fashioned snow shovels, there are plenty of ways to clear a path in the snow so that you can safely walk outside. However, electric snow shovels are unique in that they combine the lightweight design of a shovel with the electric throwing motion of a snow thrower. This allows you to quickly clear a great deal of snow without overexerting yourself.

Why buy an electric snow shovel?

Clearing snow off your patio, driveway, or deck during the snowy months can be a grueling, almost never-ending process. For people with back issues, it can also cause a lot of pain or even a serious back injury. Electric snow shovels simplify this task by propelling snow out of the way for you as you work, thereby limiting the strain on your back and clearing snow much more efficiently. Additionally, they’re incredibly inexpensive and easy to maneuver compared to other snow removal tools such as snow blowers and snow throwers.

What should you look for in an electric snow shovel?

How will an electric snow shovel’s available power affect its performance?

Our Picks for the Best Electric Snow Shovels

This affordable electric snow shovel comes with a battery and charger. It impresses with its lightweight, maneuverable design.

Pros: Although this electric snow shovel from Snow Joe is one of the lightest models you can buy, it has more than enough power to clear snow accumulations of up to 6 inches in a single pass. It also scores points for being much less expensive than other battery-operated models with similar specs. To sweeten the deal, its lightweight and narrow design is easy to maneuver and quiet enough so that you won’t have to worry about waking the neighbors when doing some late-night electric snow shoveling.

Cons: This electric snow shovel runs for less than half an hour with the included 5.0-Ah rechargeable battery, so those looking at time-consuming jobs will either have to buy extra batteries or consider another product. Additionally, it’s slightly less wide than many comparable products.

Bottom Line: While this isn’t the most heavy-duty electric snow shovel out there, it’s an incredibly dependable and powerful option given its budget-friendly price tag. However, due to its limited operating time on a single charge, it’s better suited for those with small driveways and decks as opposed to massive spaces that will need clearing.

Featuring impressive power and a long-lasting battery, this is a product to consider for serious snowstorms.

Pros: This is an electric snow shovel that sports both impressive power and a longer-than-average run time on a single battery, making it an ideal choice for areas that receive a lot of snow. It also throws snow further than many products at its price range. While this will make it less likely that you will need to re-shovel the snow later, be careful of where you aim this beast!

Cons: Even without a battery installed, this is one of the heavier electric snow shovels you can buy. Naturally, it gets even heavier after pushing snow for a solid 45 minutes. That being said, this is probably not an ideal product for those with strength or mobility issues. However, those who are used to pushing a lawnmower or heavy vacuum cleaner will probably not be bothered.

Bottom Line: Although the Greenworks PRO Cordless Snow Shovel’s extra poundage keeps it from winning our Best Overall award, it’s still an incredibly useful tool to have around. If you’re looking for a rugged battery-powered option that’s built for more than a light dusting, this is a product to consider.

Pros: The Snow Joe 323E Electric Snow Shovel sports the best power-to-price ratio on the market for those who have heavy-duty extension cords that can be used in the snow. It’s also fairly lightweight despite its impressive clearing width, making it a model that can get jobs done more quickly than many models that are twice its price. Thankfully, this product also features a simple assembly process and is incredibly easy to use for most.

Cons: This product features a button on its right side that needs to be pressed continuously while working. While this positioning will work for approximately 90% of people, lefties might find this to be a very uncomfortable way to work. Additionally, this electric snow shovel tends to struggle with exceedingly wet, slushy snow.

Bottom Line: For those wanting to dip their toes into the world of electric snow shovels without spending too much money, this is by far the most cost-effective choice out there. While its corded electric design might be a hindrance to some, it’s still a great option for those who require a model capable of tackling long, demanding jobs.

Get more for your money with this easy-to-maneuver electric snow shovel.

Pros: This electric snow shovel from Greenworks is super easy to use with an adjustable handle and a slimmer profile. Maneuver it easily through your driveway to clear up to 300 pounds of snow per minute. It shoots snow up to 20 feet away, and it runs on an 8-amp or 10-amp electric motor, depending on the one you buy.

Cons: You do have to plug this snow shovel in, and dealing with an extension cord can be annoying. It’s not the most powerful or largest option out there.

Bottom Line: Although it isn’t the most impressive machine out there, this electric snow shovel is a real boon to those who don’t want to spend all morning shoveling their driveway and end up with back or shoulder pain. It’ll make snowstorms much less of a nuisance, and for a great price!

This corded electric snow shovel is easy to maneuver despite its impressive clearance width.

Pros: The Earthwise SN70016 stands out from the pack by virtue of its extra-wide clearance width, allowing you to clear more snow at once than other products at its price range. Despite this, it’s also reasonably easy to maneuver, thanks to its 6-inch rear wheels and lightweight build. This electric snow shovel also impresses with its overall power and clearance height, making it suitable for deeper piles of snow.

Cons: Some electric snow shovels are better than others in terms of durability, and this one is nowhere near the top of the list. Thus, it’s important to test it out on soft, shallow snow and learn its limits gradually before you push it too hard. Some units will simply seize up when overwhelmed by snow, but this one has the capacity to break entirely if not used carefully.

Bottom Line: If used properly, this is an above-average electric snow shovel at a fair price. However, it’s definitely not a product you can use haphazardly and expect to last for several years. You will also have to keep in mind that this unit requires a heavy-duty extension cable to operate, so the spaces in which you can use it effectively are somewhat limited.

While electric snow shovels don’t have the power of snow blowers, their portability and ease of use make them ideal for a wide range of snow removal jobs. However, things can get unpleasant unless you take the time to find a model that’s a good fit for your unique needs. If you’re tired of slinging your traditional snow shovel around, investing in a high-quality electric version can be a real game-changer. 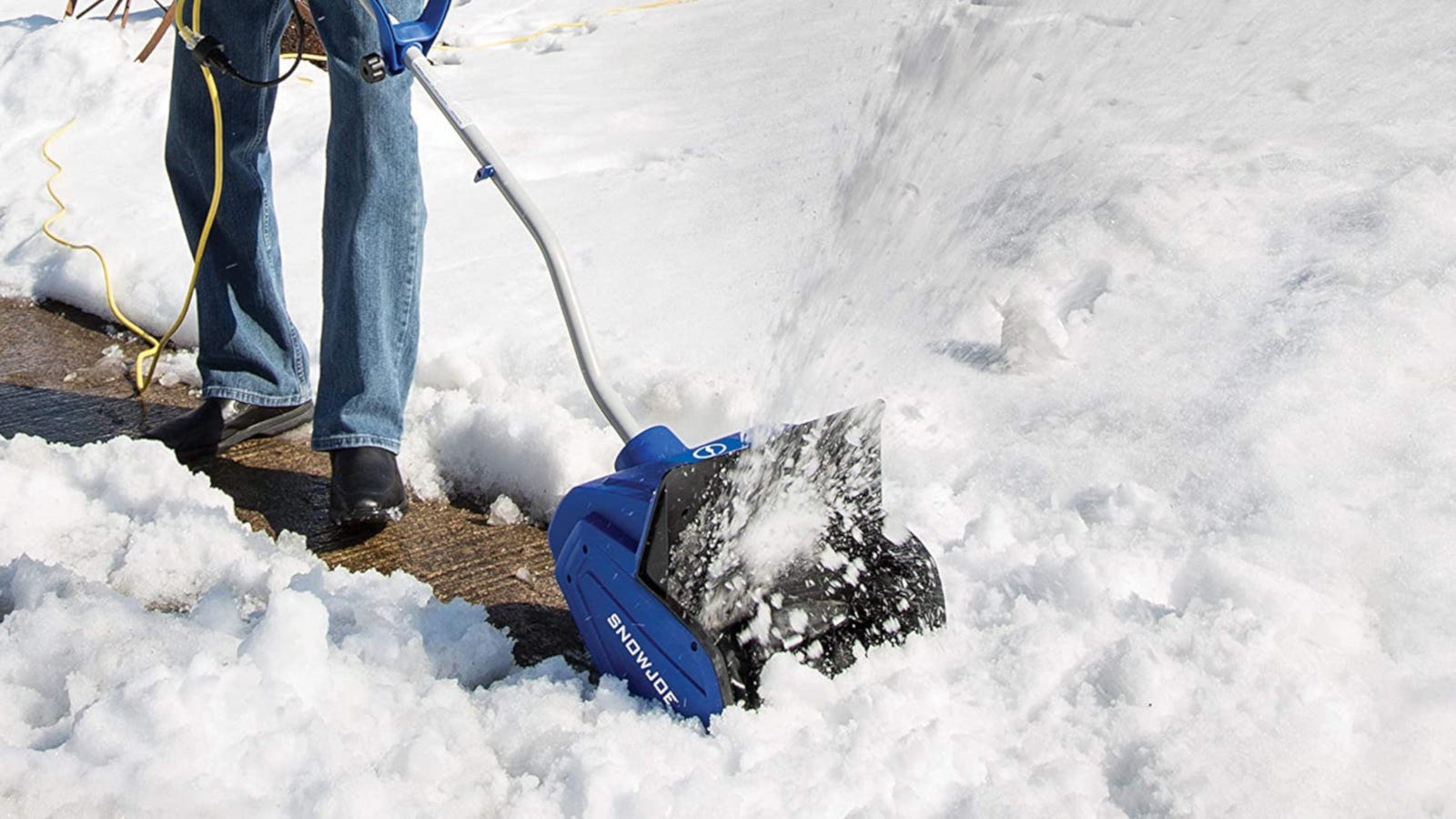 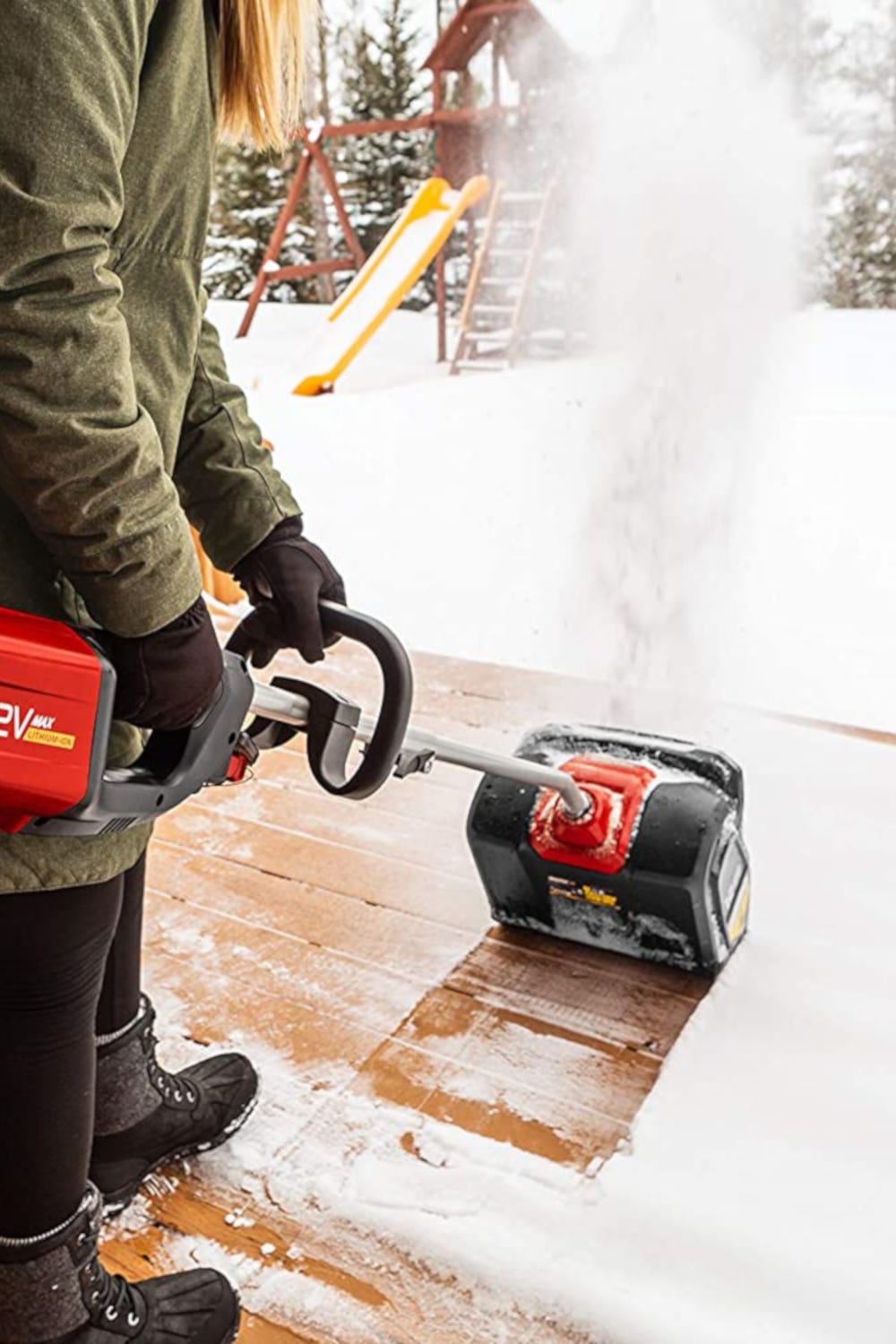