Rachel Shubin is a freelance journalist who is passionate about telling stories. Along with writing reviews for LifeSavvy, she writes a book column for Cape May Magazine and is a reporter for the Cape May Star & Wave Newspaper. When Rachel is not writing, she can be found advocating for mental health awareness and animal rescue, reading novels, exploring Cape May, or working on her polymer clay jewelry business, Piper + Pearl Co. Read more...

About LifeSavvy
and Britta Kallevang

Britta is a professional writing tutor and freelance writer that is trained in journalistic, technical, and creative copywriting. At LifeSavvy, she researches products, writes about the items, and shares what she's uncovered with readers. Her writing is comprehensive and sometimes a bit silly. Read more...

Home security can be a hassle with setting up real cameras and sensors; instead, consider a fake security camera to look threatening without splurging on the real thing. These cameras are as convincing as the real deal, and they may just save your home or business from unwanted intruders.

Why buy a fake security camera?

What should you consider when buying a fake security camera?

What additional products should you consider for optimal protection?

Ideally, you want a mix of fake and real security cameras, striking a balance between the best security and cost. While counterfeit security cameras can be incredibly effective in deterring intruders, they’re not foolproof. Don’t take a chance; add one or two real security cameras into the mix if your budget allows. Also, you may want to choose cameras that closely resemble one another to avoid causing suspicion in the intruder.

Our Picks for the Best Fake Security Cameras

Pros: Perhaps the highlight of these two dummy security cameras is the single red LED light because, at night, it attracts attention. The built-in photoelectric sensor is behind the night-time only illumination, a feature that helps save battery energy. Realistic in appearance, the white cameras will cause potential intruders to hesitate before moving into action, protecting your home or business twenty-four hours a day, seven days a week. Also beneficial is the two-axis rotation feature, which allows you to fix your desired angle.

Bottom Line: These realistic-looking fake security cameras are easy to install—no wires needed. The two-pack is a great buy. These cameras are suitable for both indoor and outdoor use.

A four-pack of fake security cameras that look like real ones and have no wiring.

Pros: These simulated security cameras are an inexpensive solution for security or theft problems. The cameras look real, have no motorized pan movement, and are made with high-quality and durable material. Each has one red LED blinking light that illuminates only in the dark. With no wiring, it’s easy to install these cameras on the ceiling or wall with the included screws. Use indoors or outdoors and install two AA batteries for operation. This product also comes with a warning security alert sticker decal.

Cons: The lack of visible wiring may tip off experienced intruders if they’re looking closely.

This two-pack of dummy dome cameras have a contemporary and convincing design and can be used both indoors and outdoors.

Pros: A fake dome camera can make potential intruders nervous because they can’t tell where it’s pointed. That’s just part of the value of this inexpensive four-pack of black dome cameras. The compact and contemporary design makes these cameras look like the real deal; plus, each has one red flashing light. Protect your home or shop by installing these quickly and easily to the ceiling or wall with the included screws. The cameras require two AA batteries for operation and work for both indoor and outdoor security.

Cons: The two AA batteries needed for each camera are not included.

Bottom Line: This is a nice set of reasonably priced dome cameras you can use to protect your home or business. They’re easy to install; plus, you get four security alert decals.

These cameras feature 24 LEDs, a blinking red light, and a water-resistant build.

Pros: Unlike other life-like security cameras, these feature 24 LEDs. The one blinking red LED remains lighted only in the dark to further the disguise. Ceiling and wall-mountable, the camera’s three-axis mounting bracket allows you to point the camera at the ideal angle. In addition, there’s a slidable, IP66 metal housing that’s weather-resistant, making the camera ideal for indoors or outdoors.

Cons: Some people had issues with the lights working long-term. They don’t have the best construction.

Bottom Line: An economically sound approach to keeping your stuff and loved ones safe, this bullet camera set is both eye-catching and sufficiently attractive to add to your home.

A solar-powered option that saves energy and looks at least as real as other comparable fake security cameras.

Pros: This unique solar-powered dummy camera automatically charges rechargeable batteries. If the sun isn’t strong enough, two AA batteries are on the ready. While the lens and LED lights are fake, the one red LED light flashes every two seconds to simulate an actual security camera. Thanks to the fully adjustable mounting bracket, it’s impressively easy to install. The needed stainless-steel screws come with the camera. You can mount the camera on the ceiling or wall, but the solar-powered feature only works outside.

Cons: The product doesn’t come with rechargeable or two AA backup batteries. They’re not ideal for indoor use.

Bottom Line: These solar-powered fake security cameras are a novelty among similar products and are a great choice if you want the red LED light to run during the day. Included with the package are four warning security alert decals.

READ NEXT
Rachel Shubin Rachel Shubin is a freelance journalist who is passionate about telling stories. Along with writing reviews for LifeSavvy, she writes a book column for Cape May Magazine and is a reporter for the Cape May Star & Wave Newspaper. When Rachel is not writing, she can be found advocating for mental health awareness and animal rescue, reading novels, exploring Cape May, or working on her polymer clay jewelry business, Piper + Pearl Co. Read Full Bio »
Recently Popular
LifeSavvy is focused on a single goal: helping you make the most informed purchases possible. Want to know more? 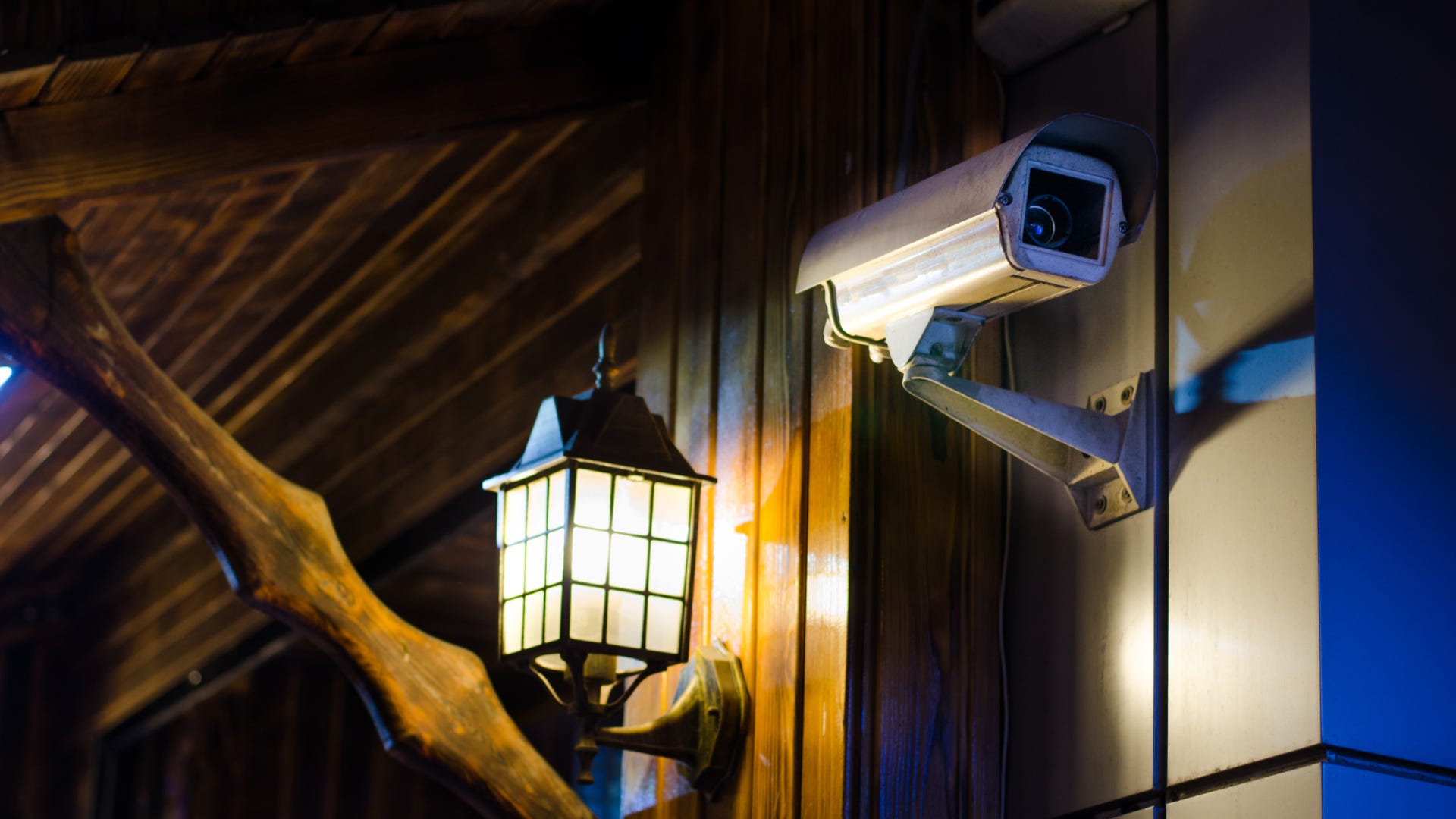 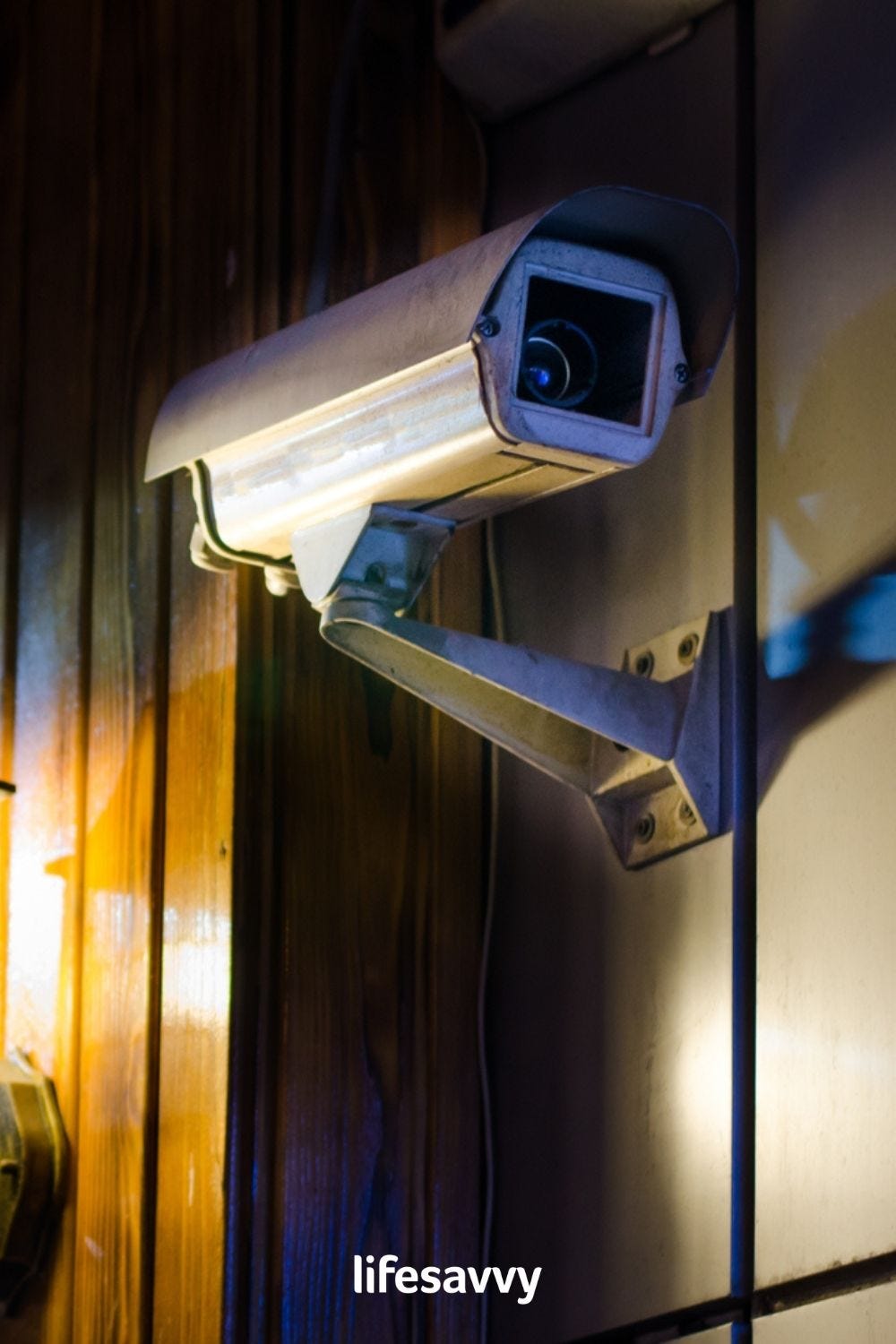