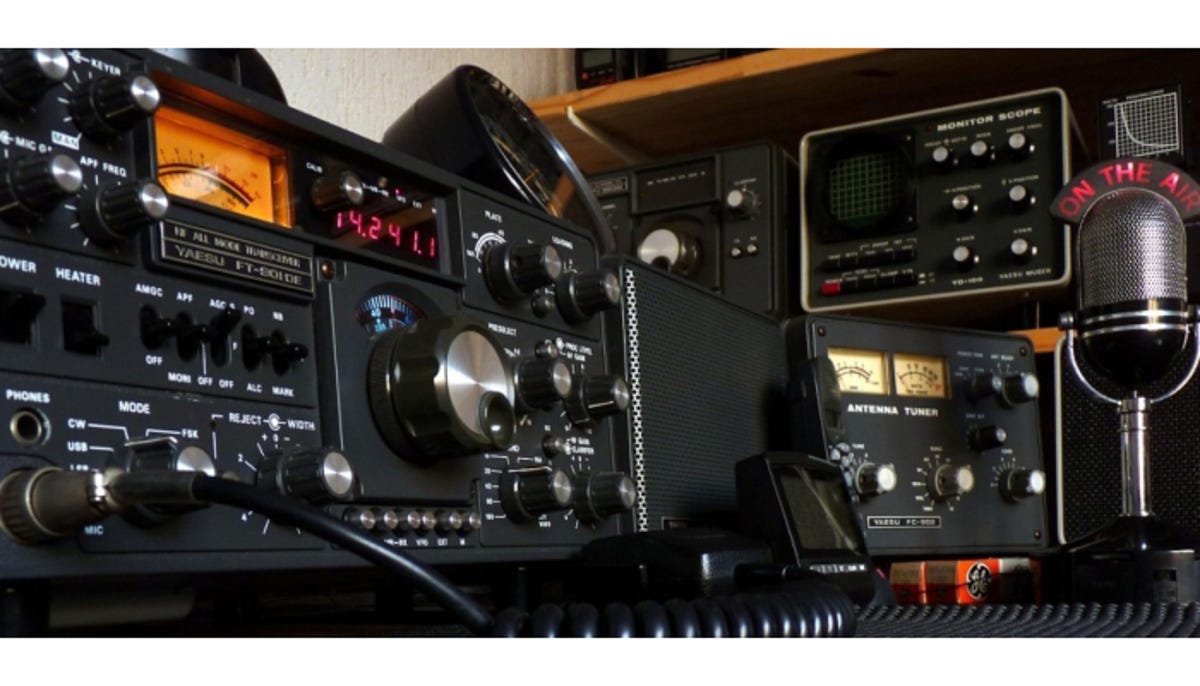 Contrary to what cable television sitcoms may have led you to believe, a ham radio is not a primitive communication device solely for blue-collar truckers sharing their tales along the turnpike. And no matter how entertaining 2003’s highway-thriller Joy Ride is, there aren’t any maniacs pursuing troublesome teens on its frequencies either. Rather, a ham radio is a wholly useful broadcasting tool that allows riders on the road to transmit and receive important information regarding potentially disastrous weather, car accidents, and other local emergencies. Although yes, sometimes really neat, fun conversations and stories are shared. The point being, there is an entire community of dedicated and licensed amateur radio operators who relay what they can throughout ham radios everywhere. If you’re looking to take part in that community, here are a few we recommend.

What to Consider Before Buying a Ham Radio

Keep these things in mind before installing your next ham radio: 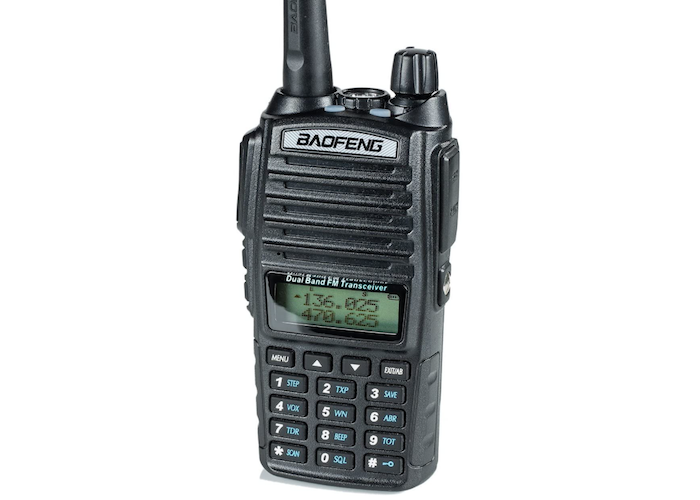 A new and improved version of a classic ham radio that you’ll be able to program and tweak to your exacting standards. There are an impressive 128 potentially programmable memory channels from which you can choose. The free CHIRP computer software offers a scanning list that makes it a breeze to add or remove channels at will, and you also have the option to give the different channels alphanumeric names. This makes it quicker and easier to locate the channel you’re looking for at any given moment. Not only are the channels highly customizable, but there are three different power levels (high, medium, and low) so you can decide how far you want to communicate with you ham radio. And there are several useful features, including work mode and busy channel lockout. This ham radio has a VHF of 136-174 MHz to provide you with a good, high frequency and can function in temperatures as low as -20 degrees F and as high as 120 degrees F. Comes included with the UV-82HP radio itself, a 1800mAh lithium battery, V85 dual Band antenna, charger, CH-8 110V adapter, earpiece kit, wrist strap, belt clip, and user manual.

An ideal transmitter for users who want complete customization with their ham radio. 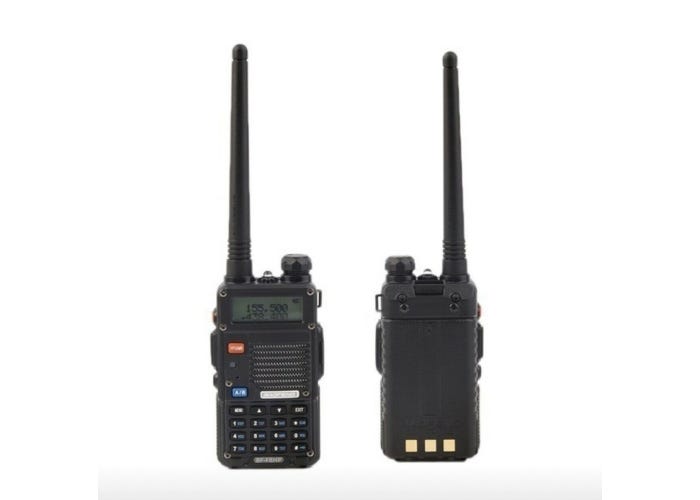 With twice the output power as previous models in its class, the BaoFeng Two-Way Radio makes for a dependable handheld transmitter to stow in your glove compartment. Its new generation chipset and 30 percent larger battery grant users more transmit power and hourly usage, even while using the device’s built-in flashlight or FM radio. Its V-85 High Gain Antenna provides twice the antenna performance of previous models. For those who may be new to using ham radios, this device provides users with a new in-depth manual that guides them through each feature. In addition to the instructions, new users can call an exclusive concierge customer care number if they run into any difficulties.

This ham radio is a great choice for first time users. 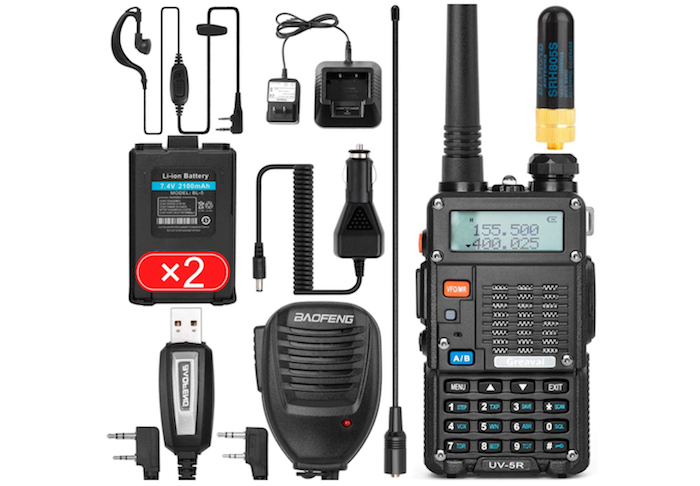 One of the trickiest aspects of buying any sort of technology, no matter what kind, is buying extra accessories after the fact; if your purchase or kit doesn’t come with the pieces you need, finding the correct, compatible accessories can be a royal pain. This ham radio and its included well-equipped kit ensure that this won’t be a problem. Besides the UV-5R 8W radio itself and the two batteries, you receive a programming cable, three different antennae, a hand microphone, car charger adapter, regular power adapter, an earpiece, belt clip, and hand strip for your radio. A user’s manual also comes included for anyone who needs some help or guidance getting started. The batteries are rechargeable and can support 12-20 hours of nonstop use, depending on whether you’re using the high, medium, or lower power output. The included car charger adapter allows you to conveniently charge the batteries while you’re on the go. You can monitor and transmit on two different channels at any given moment. This radio is also highly compatible with many other types of radios, and has an impressive 128 channel memory. If you ever want to use this ham radio elsewhere, it can support a keyboard or PC programming for the home or workplace.

This ham radio comes with a full arsenal of accessories so you never have to worry about finding the right, compatible ones later on. 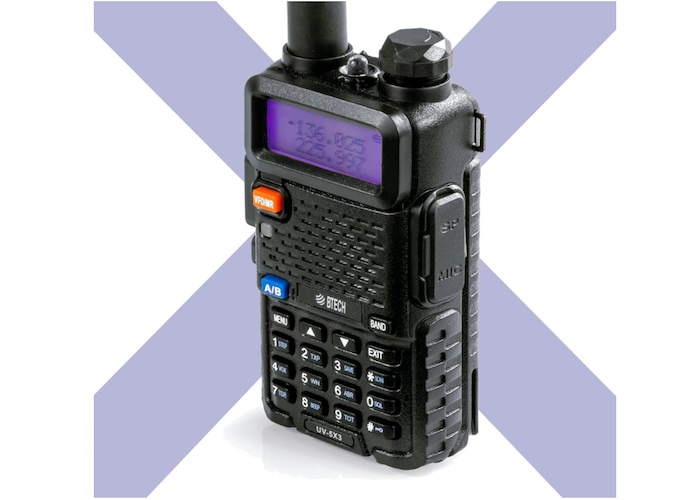 You’ll love the display screen on this ham radio. Unlike some other models, it lights up purple instead of the usual greenish-gray, which makes it easier to see and read in the dark. It also isn’t cluttered with any extra numbers or lettings, and displays the battery’s power level in the upper right corner. Capable of holding 128 memory channels in its system, this ham radio allows you to scan, remove, and add channels right on the menu, without needing a computer. You can also edit your channels rather than having to delete and recreate them in order to modify their privacy tones or power level. The radio comes with the rechargeable battery, as well as a charger, adapter, a dual band antenna, single band antenna, user manual, and earpiece kit. Weighing in at only half a pound, this ham radio is highly portable, and also includes a wrist strap and belt clips so you can easily bring it along wherever you go.

This radio has light up screen that is easier to see in the dark than most models. 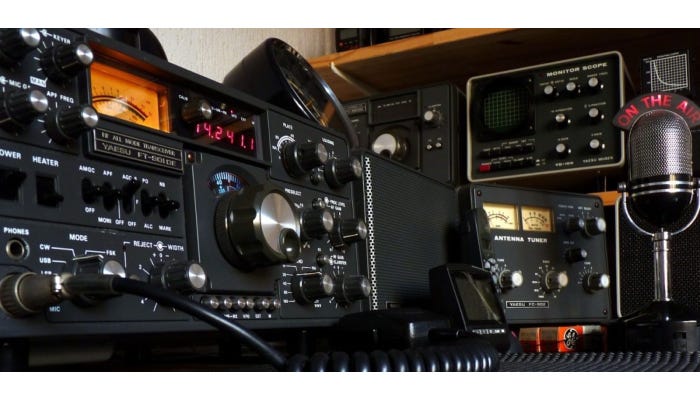