Desiree Bradshaw is a freelance content writer from Memphis, TN with experience writing about e-commerce, RVing, and mental health. She received her BA in English with a concentration in professional writing from The University of Memphis. When she's not writing, she enjoys adventures as a full-time RVer with her husband Randy and spoiled lab mix Buddy. Read more...

With seven books and eight movies detailing an all-encompassing magical universe, it's no wonder that Harry Potter is an enduring pop culture phenomenon. Here are some fantastic toys that we recommend for aspiring witches and wizards looking to bring the magic of Harry Potter into their everyday life.

Harry Potter transports audiences into a world where witches, wizards, and other magical creatures exist, but it also grounds these characters with a sense of realism. While we do get to watch Harry Potter defeat forest trolls and battle against He Who Must Not Be Named, we also get to watch him fall in love and grieve the absence of his parents. Harry Potter is truly beloved by people of all ages because it is relatable—although it takes place in a fictional wizarding world, the struggles and storylines described are all too real. Is it any surprise that Harry Potter has become such a staple of modern pop culture?

RELATEDHoliday 2020: 10 Gifts for Adults Who Are Obsessed with Harry Potter

Even though the series has long since concluded, the phenomenon shows no signs of slowing down. Kids of the current generation are just starting to discover its magic and learn what first captivated readers when the books came out 20 years ago. A Harry Potter-themed toy will be the perfect gift to add to any magic-loving little one’s toy box. And there’s no reason grownups can’t buy these toys for themselves as well. Adults who grew up with Harry, Ron, and Hermione may want some Harry Potter merchandise, including toys, for nostalgia’s sake.

What should you look for in Harry Potter toys?

Does your child have to read all the books to enjoy Harry Potter toys?

Not at all! While some of these toys will only make sense to someone who has read the books and/or seen the movies, there are plenty of options out there that will be fun for kids or toddlers who aren’t so familiar with the series. A cute, plush toy of Hedwig the snowy owl or Fluffy the three-headed dog is going to be adorable and cuddly to any baby or toddler. Wands aren’t exclusive to the Wizarding World, so any child who likes stories with magic will likely have a fun time wielding a toy wand. Harry Potter-themed LEGOs and other playsets will provide hours of imaginative play no matter the theme. If you think your little one will enjoy a certain Harry Potter toy even if they’re not familiar with the series, they likely will.

Our Picks for the Best Harry Potter Toys

This game is designed to put you right into the world of Harry Potter to defend the Wizarding World as your favorite characters.

Pros: Looking for a Harry Potter-themed game for your next game night? The object of this card game is to follow the events of the seven books in the series, with you and your friends as the heroes who’ll save the Wizarding World. You’ll work together to master different spells, collect magical items, and recruit other witches and wizards to help you on your quest. It’s a highly engrossing and cooperative game that is essentially seven games in one—a game for each book in the series. It’s also designed to play out differently each time you and your crew sit down to play, especially if you invest in the expansion pack. The game is very easy to learn despite how in-depth it is, even if you or your loved ones aren’t huge Harry Potter plans or aren’t super familiar with the series.

Cons: You’ll need at least one other person to play this game with, as it’s meant for two to four people; it’s not a game that you or your child will be able to play alone. It’s also quite a time-consuming game, so be sure to save it for those days or nights when you and your friends have hours to play.

Bottom Line: Looking to make your next game night a little bit more magical? Transport yourself directly into the Harry Potter book series with this detailed, deck-building card game. Witches, wizards, and muggles alike will love this magical card game.

Pros: The LEGO Hogwarts Castle Clock Tower is the perfect Harry Potter gift for any fan. This three-level building set includes iconic locations from the Harry Potter movies, including Dumbledore’s Office and the Defense Against the Dark Arts classroom. Recreate all your favorite scenes from the series with eight mini-figurines: Harry Potter, Ron Weasley, Hermione Granger, Fleur Delacour, Cedric Diggory, Viktor Krum, Albus Dumbledore, and Madame Maxime. The Hogwarts Clock Tower toy playset can be combined with all other original LEGO sets and LEGO bricks for creative building.

Cons: The multitude of tiny pieces means this set isn’t the best option for younger kids. You’ll want to reserve this one for kids aged 9 and up.

Looking for an ideal gift for a Harry Potter lover? This Funko Pop figurine is a great collectible option.

Pros: Funko Pop is a series of collectible figurines stylized to look like certain characters from popular culture and are sold in various sizes. This Harry Potter Funko Pop figure stands 3 3/4 inches tall and comes packaged in a window display box, so you can show off your favorite character or get immersed in the true-to-character design. It’s an awesome addition to your collection!

Cons: With collectible items that are to be displayed, often the condition, design, and durability of the box they’re received in matters. In some instances, users reported that the box arrived damaged or in a non-matching color, making it unsuitable as a display case alongside other similar collectibles.

Bottom Line: Wizard fans may get into a frenzy for this cool Harry Potter collectible! In addition to purchasing the vinyl collectibles one at a time, you also have the option to get several Harry Potter-themed figurines in one set from Funko.

Pros: This high-quality Funko Pops set comes with your favorite trio: Harry Potter, Ron Weasley, and Hermione Granger. Each figure comes individually packed and stands at about 3.75 inches tall. They’re very detailed and perfectly capture the appearance of each beloved character. They’re also highly collectible, especially since you get three figurines instead of one at a time. While very cute and great for play, these Funko Pops also make for excellent decorations for a Harry Potter-themed event (or just everyday decorations in your office, theater, or bedroom). Feel free to use them as accent pieces for a party or as a decorative cake topper.

Cons: Though buying all three figurines together may often be more cost-effective than buying them individually, this set isn’t exactly cheap, either. The figurines themselves may also be a bit top-heavy when taken out of the box.

Bottom Line: You can bring a piece of the wizarding world home with you, thanks to this detailed Harry Potter collectible figure set. This set would make a great gift for your favorite Harry Potter super-fan or an adorable addition to your own collection.

This huggable plush toy is the perfect cuddle buddy for Harry Potter fans.

Pros: Plush toys are cute, cuddly, and well-loved by people of all ages; this Harry Potter plush is no exception! It is an 8-inch tall figure that can be displayed as a collectible, but it’s also so soft and cuddly that kids may not be able to help but want to hold it close.

Cons: This plush is durable, but the glasses are removable and can break with rough play.

Bottom Line: This 8-inch plush won’t break the bank and is perfect for any Harry Potter fan who wants to add something new to their collection.

Enjoy hours of fun with this miniature replica of Hogwarts School of Witchcraft and Wizardry and its matching accessories.

Pros: Bring the iconic Hogwarts into your living room or child’s bedroom with this detailed and highly interactive dollhouse version of the castle. There are two different versions available, both of which are detailed and easy to clean if it gets dirty during play. Both editions of the toy light up, have built-in sound effects, and even have parts that pop up. A Hermione Granger doll comes included with the castle, as do 12 other interactive pieces, including a few accessories that Hermione can wear. It’s suitable for most kids as long as they’re 5 years old or above.

Cons: Dollhouses are usually fairly pricey investments, and this model fits that description. Although due to its plastic make, it’s a bit more flimsy and less durable than some other dollhouses or playsets on the market.

Bottom Line: Hogwarts School of Witchcraft and Wizardry is one of the most well-known aspects of the Harry Potter series, a magical place that many fans wish they could visit. While you can’t go to Hogwarts itself, you can bring it into your home with this Hogwarts replica dollhouse.

There are hours upon hours of fun and imagination to be had with Harry Potter toys for people of all ages. Whether you’re a longtime fan of the series or buying a present for someone who recently discovered the Wizarding World, there are plenty of options out there to satisfy casual and devoted Harry Potter fans alike. 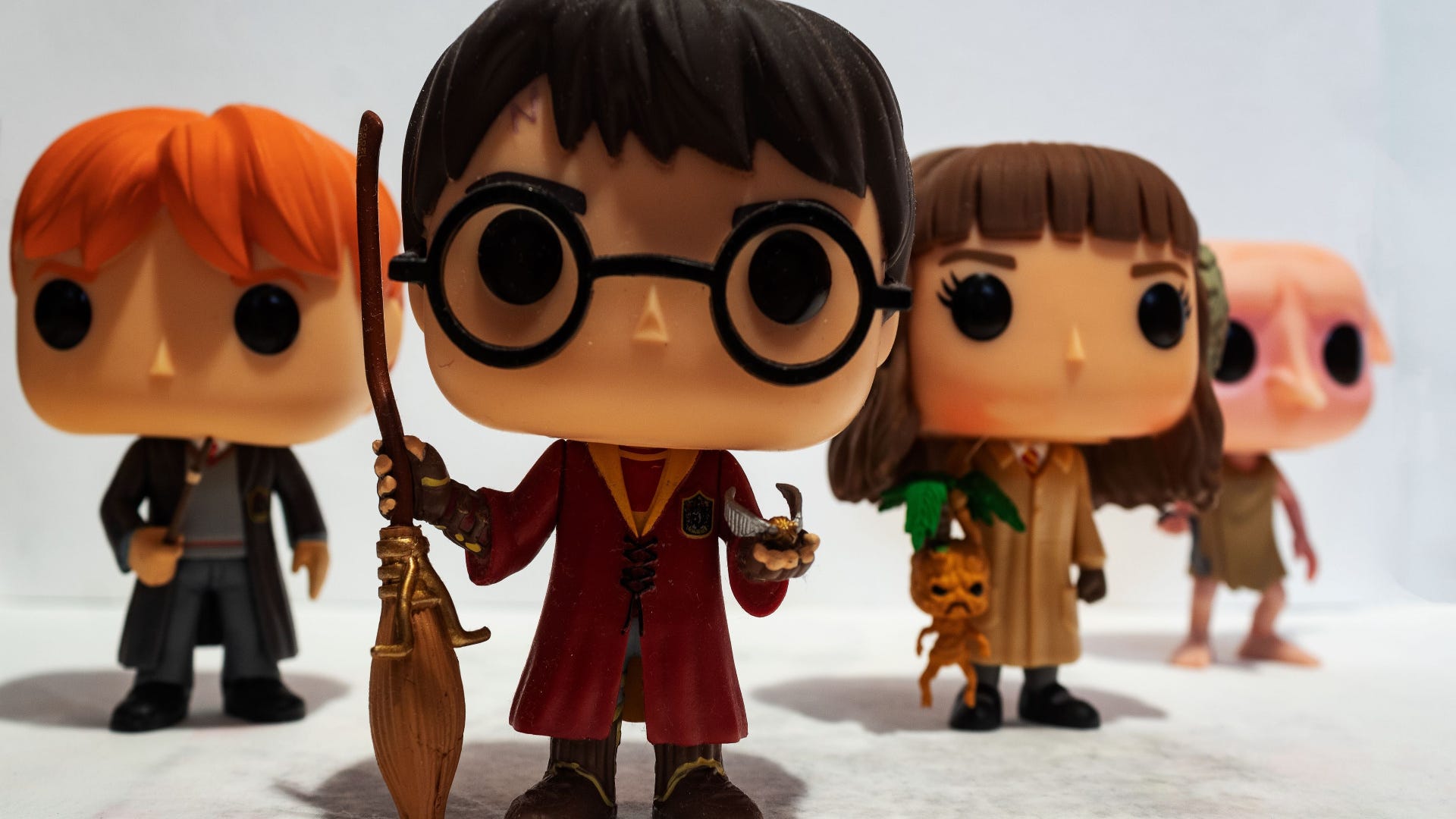 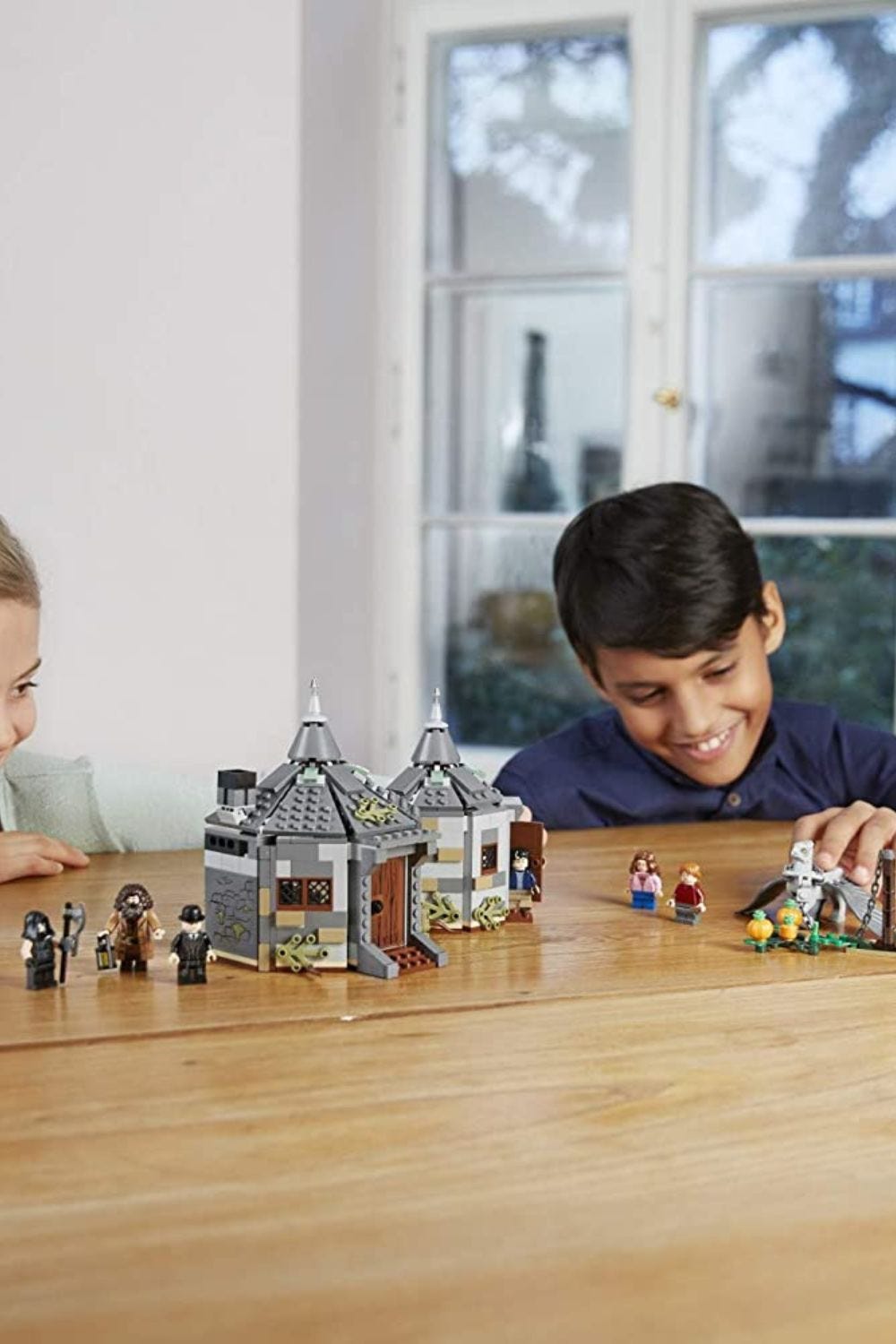