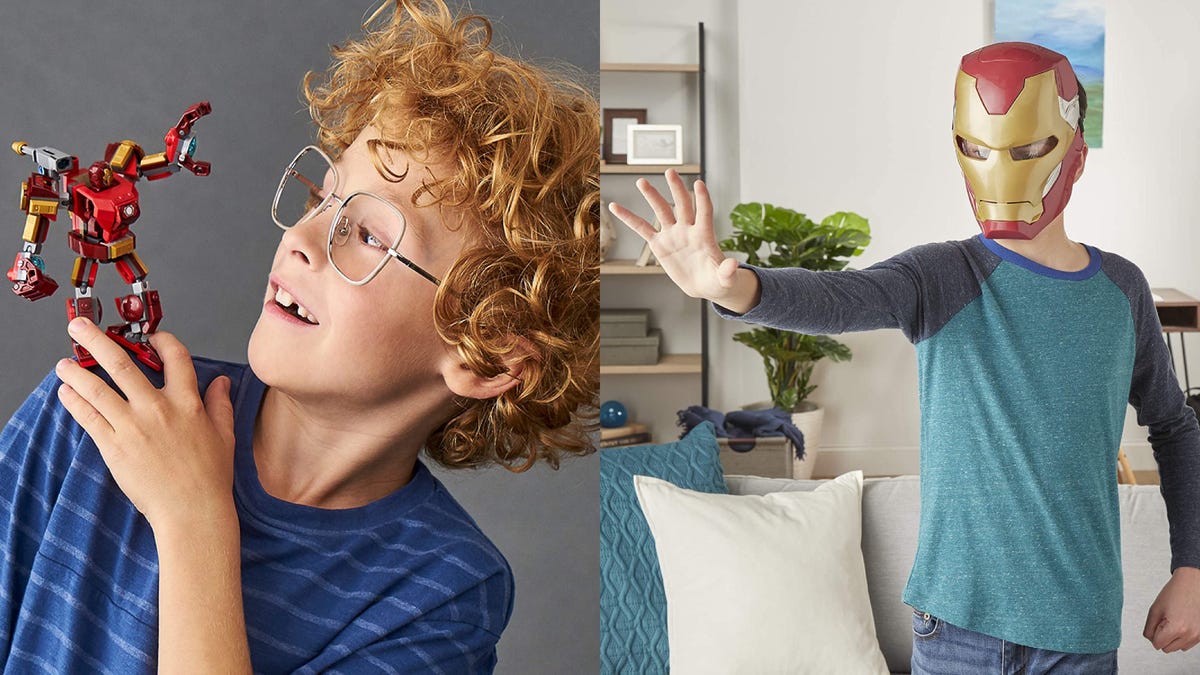 Iron Man is a key part of the Marvel Cinematic Universe and one of the most well-known heroes in entertainment today—with good reason. His hilariously brash and unpredictable persona coupled with his witty, sarcastic remarks makes him a lovable character to many. But what’s most stunning is his iconic suit of armor, which is complete with high-tech capabilities like laser beams and flight. His inventions are the inspiration for many Iron Man-themed toys. Whether you’re looking to play with Iron Man’s gadgets or looking to don his incredible armor yourself, we’ve rounded up five great toys for all ages.

What to Look for in an Iron Man Toy

Superhero-themed toys aren’t a one-size-fits-all scenario. Especially with a dynamic character like Iron Man, these toys can come in a wide range of shapes and sizes. Here are some basic considerations: 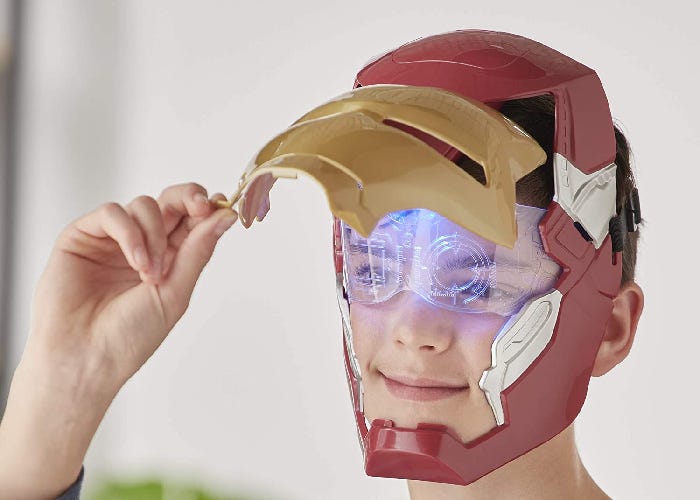 Tony Stark’s helmet, the iconic face of Iron Man, is one of his armor’s most vital components. If your child is ready to become the next Iron Man, this mask is perfect for dress-up and role play. The mask is designed with an adjustable strap that can fit most head sizes. On top of its classic Iron Man design, its interior is designed like Iron Man’s heads-up display, providing even more of a realistic feel. Additionally, the mask comes with light effects and can flip up and close down.

This flip-up helmet is designed with light effects and an interior designed like Iron Man's holographic inner display. 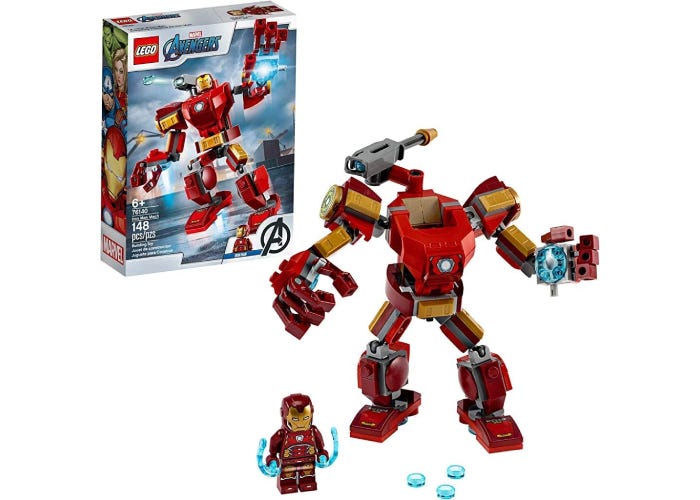 Here’s a great LEGO set for any Iron Man fan to build. When fully assembled, it is an Iron Man mech figurine and Iron Man mini-figure. The Iron Man mech is designed with a cockpit, adjustable arms and legs, and a LEGO stud shooter. There are a total of 148 pieces for this build.

This set features an Iron Man mini-figure and a larger mech suit. 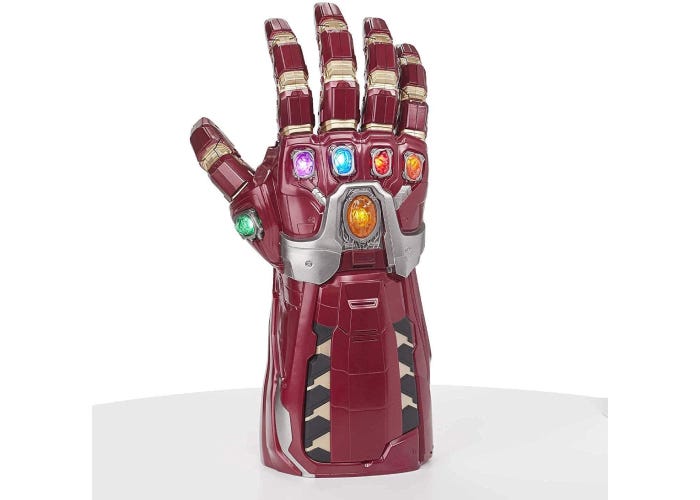 You’ll need a gauntlet to wield the power of the six Infinity Stones. This gauntlet is designed just like the one Iron Man designed. It can activate to create a pulsating light effect in each of its stones. The center stone, when pressed, activates sound effects from the Avengers: Endgame movie as well. Additionally, the gauntlet allows your fingers to clench to create a fist. But rest assured—this gauntlet won’t actually dust away half of all living organisms.

This gauntlet is designed with light-up and sound effects and can be clenched into a fist. 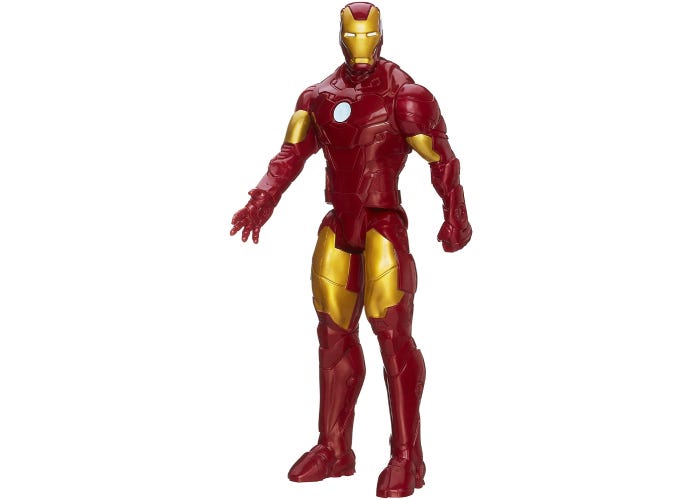 This is a 12-inch Iron Man action figure designed in his classic red- and gold-colored armor. Whether you’re imagining a fight or keeping it as a collectible, it’s a great choice for all ages.

This 12-inch action figure of Iron Man is a classic choice. 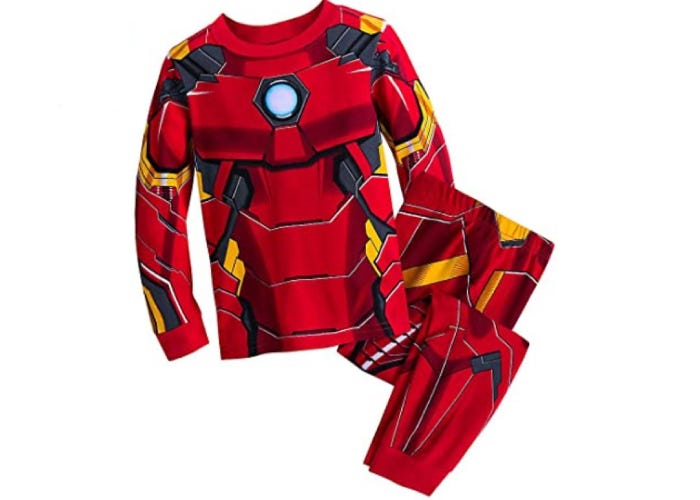 Your young one can suit up completely with this Iron Man costume that can be worn to bed. It includes a long-sleeved top with ribbed neck and cuffs and full-length pants with an elastic waistband for comfort. The costume is made out of 100% cotton, so it’s comfy to wear during play or during sleep.

These costume pajamas are made 100% cotton. 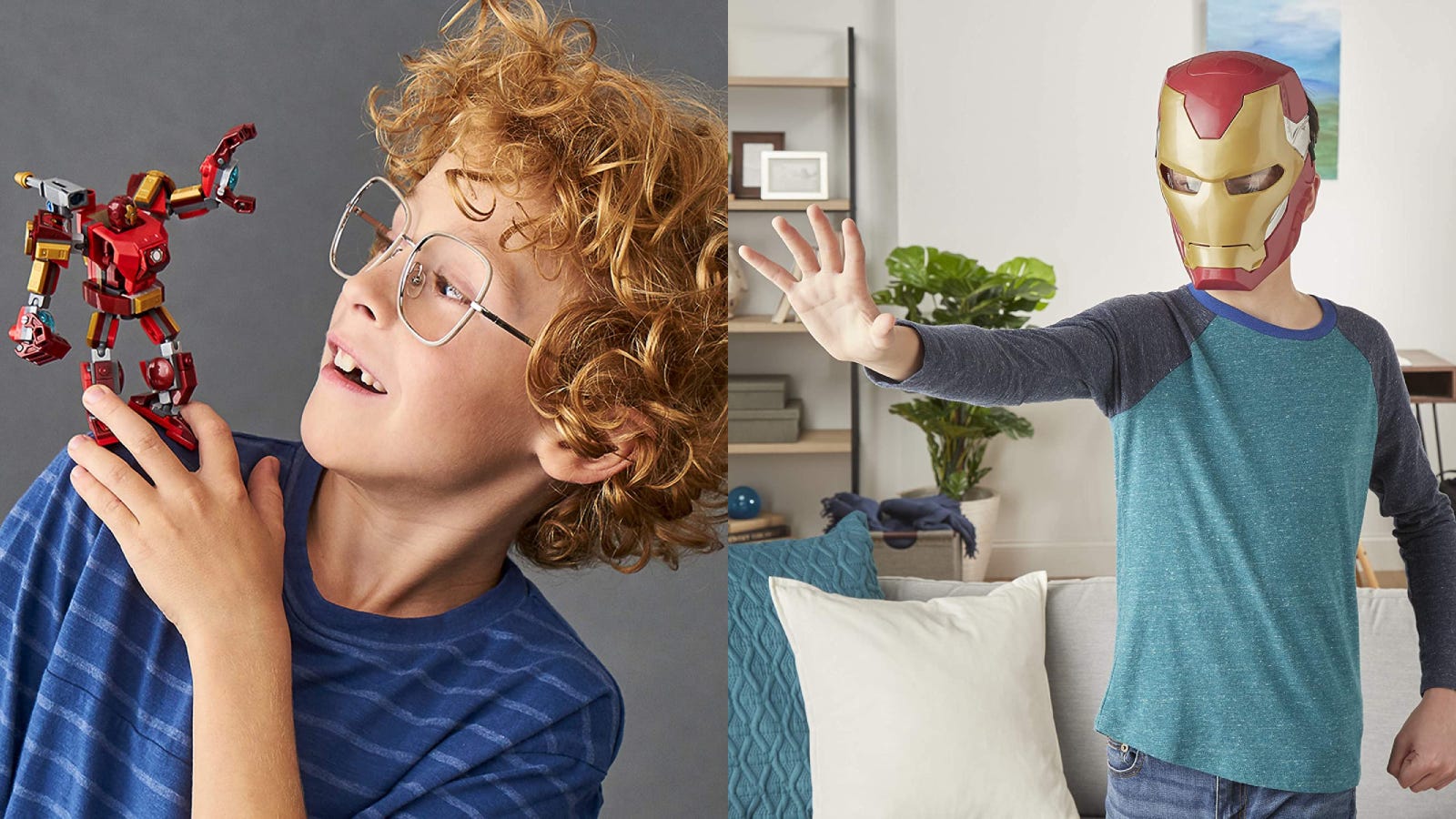