Young children have been affectionately compared to monkeys for so many generations that it shouldn’t surprise anyone how much a kid loves them. They have a few things in common, after all. They both love to howl at odd hours of the day. They have a strong inclination to climb as high as they can even when others are clamoring for them to come back down immediately. And they both love to snuggle up in their parents’ arms to end the night. If you have a young child who would love to monkey around with a fuzzy companion of their own, then here are a few primate toys you should check out. 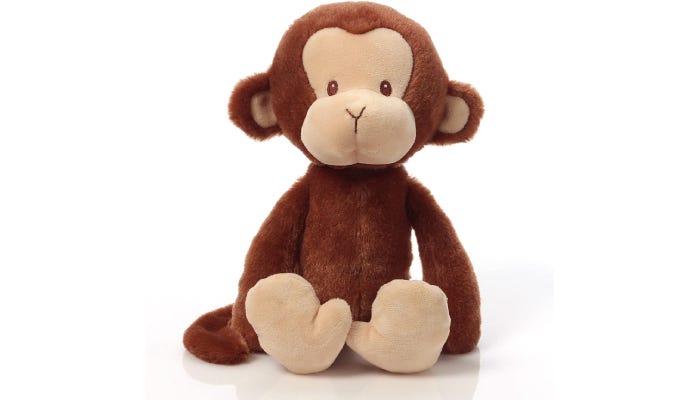 Cute as a button and plush all around, this GUND Baby Nicky Noodle Monkey Stuffed Animal is perfect for playtime and works well as a nursery decoration. This stuffed monkey features embroidered eye and nose detailing, not plastic pieces glued onto the surface, so your child is guaranteed safer usage. It’s a fuzzy, immensely huggable toy that you won’t have to worry about earning a few stains either because they’ll come right off in the wash, thanks to its machine-friendly construction.

This 12-inch plush monkey features standout construction, from its embroidered facial features to its washer-friendly fabric. 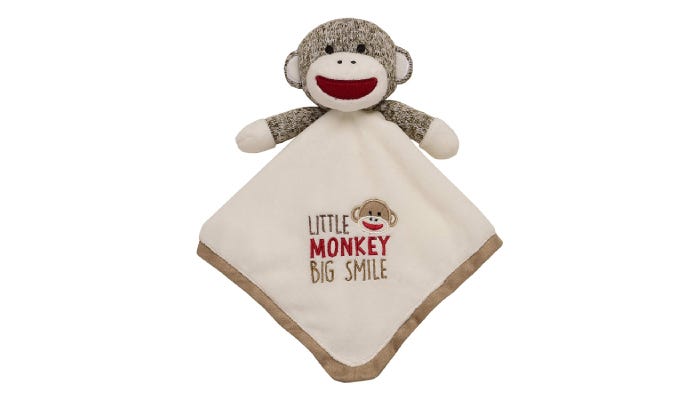 A great treat for newborns and toddlers who love something to hold at night, this Baby Starters Snuggle Blanket and Toy offers two adorable products at a great price. Both sock monkey and naptime blanket feature an extra-comfy feel—the latter’s touch being accentuated by a satin lining—that won’t lose its soft edge even after it’s been tossed in the wash. Alongside its premium comfort, both monkey and blanket feature embroidered detailing, with the former featuring the stitching in its eyes and mouth and the latter featuring the stitching in a recreation of the monkey’s face as well as a small phrase.

This toy and blanket combo is capable of ushering your child to sleep while gifting them something adorable to play with upon waking up. 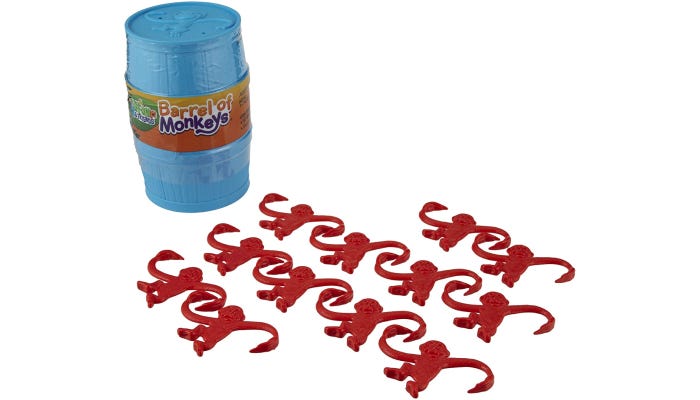 Gifting the toys of your youth to children of a new generation is a bit of a double-edged sword: you get to soak in all the nostalgia that comes with your child playing with your favorite toy, but then you have to deal with the “You’re really old” children’s jokes that follow. This Barrel of Monkeys Game is the exact kind of classic entertainment for everyone to piece together in the living room, so you won’t mind shouldering a few parent digs throughout the night. There are 12 monkeys included in a barrel, with product color varying between Elefun blue, hippo orange, and cheeky purple.

Elefun and Friends Barrel of Monkeys Game - Colors May Vary

A seminal piece of group gaming that includes 12 plastic monkeys to a barrel. 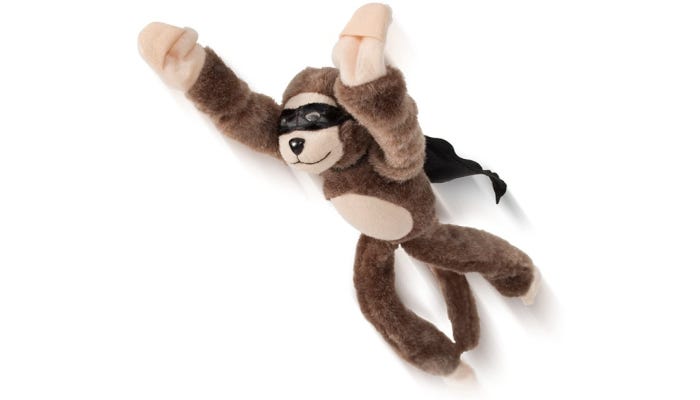 Looking for an easy-to-use and hysterically entertaining toy? This Flingshot Slingshot Flying Screaming Monkey toy understands that kids love swinging their toys around the house, so you might as well give them one that’s intended to be launched from one corner to the other. It’s the ultimate daredevil primate, featuring a real self-slingshot function that allows it to be stretched from head to toe. Upon crash landing, the monkey will howl with excitement, cueing the equally uproarious laughter from your child, too.

This slingshot monkey is an ideal choice for backyard play and a few laughs along the way. 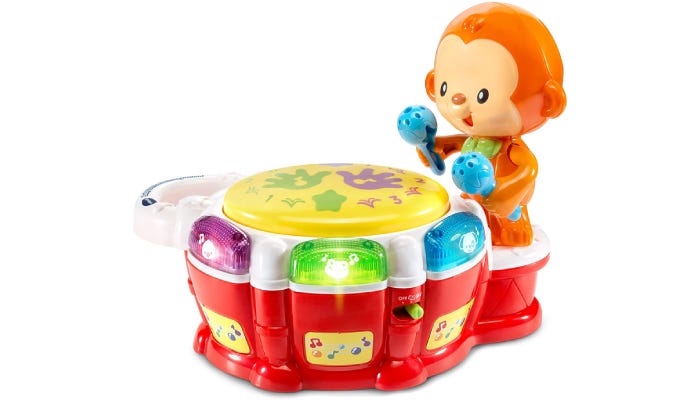 Utilizing a variety of attention-nabbing effects to instill efficient motor skills in your child at an early age, this VTech Baby Beats Monkey Drum should be your go-to choice when seeking a toy that finds a clever way of combining amusement with instructive moments. To really get a baby involved, this battery-powered toy utilizes a “cause and effect” play system: tap on the drum and the toy monkey will, too. It also features three light-up buttons that teach kids about specific animals, their sounds, and colors.

A mini, electronic snare drum that features two physical sensors in the touchpad and can play over 70 different songs and phrases. 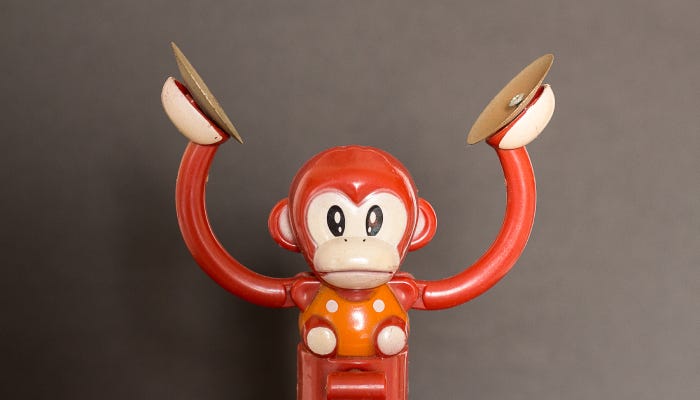