Your hands are capable of many things, but the immense strength and precise dexterity needed to work with wires and metal pieces are probably not one of them. That’s a job for the needle-nose plier — a tool commonly used by electricians, jewelers, and other craftsmen that handle small out-of-reach pieces. Whether one of these is your occupation or you need a needle-nose plier for a DIY project, take a look at the five best pliers we recommend for you.

What to Look for in a Needle-Nose Pliers

Here are a couple of considerations you may want to make before purchasing a needle-nose plier:

If you are expecting to use needle-nose pliers consistently in the long term, you may as well get the highest quality pair out there — the KNIPEX Long Nose Pliers. This is a precision-grade pair of 8-inch pliers that are designed with serrated teeth to firmly clench wires and other small objects. Its jaws are tapered for better reach in small spaces and are flexible enough for twisting movements. The tool is also equipped with an integrated side cutter that can cut any type of wire.

This pair of pliers boasts strength, precision, and durability.

For hard-to-reach, confined spaces, a pair of longer pliers may be handy. Here are a set of four long-length pliers from Neiko to get the job done. They are all 11-inch pliers made with drop-forged, high-carbon steel, cross-cut teeth, and a non-slip rubber grip. Along with two straight pliers, there are also two bent-nose pliers, one at a 90-degree angle and one at a 45-degree angle.

In this set of 11-inch pliers, you will get two bent-nose pliers and two straight ones.

Whether it’s a DIY project or a one-time repair, you don’t have to invest in a pricey pair of pliers if you aren’t going to use them consistently. These needle-nose pliers from Sea Striker are easy to use and relatively well-built in comparison to other needle-nose pliers. The pliers are designed with serrated teeth for grip.

These pliers have serrated teeth for added grip during use.

Needle-nose pliers are great tools for anglers as they can effectively cut and crimp line and remove hooks. These needle-nose pliers are designed specifically for fishing, being constructed with anti-corrosion stainless steel and equipped with an ergonomic, non-slip grip. The pliers also come with a locking mechanism that keeps the tool in its closed position. Additionally, the pliers include a sheath, lanyard, and retractable lanyard.

This pair of pliers is equipped with non-slip ergonomic gripping handles and is constructed with anti-corrosion material.

These pliers are certainly one of the strongest and most durable pairs you can get. This pair from IRWIN is constructed with tough nickel-chromium steel and equipped with strong machined jaws to allow for a firm hold. The pliers also feature ProTouch grips, which are ergonomic handles that offer comfort and hand support. The pliers are 6 inches long and feature an induction-hardened cutting edge for cutting wires or other materials.

These pliers are constructed with a strong nickel-chromium and feature strong jaws for gripping. 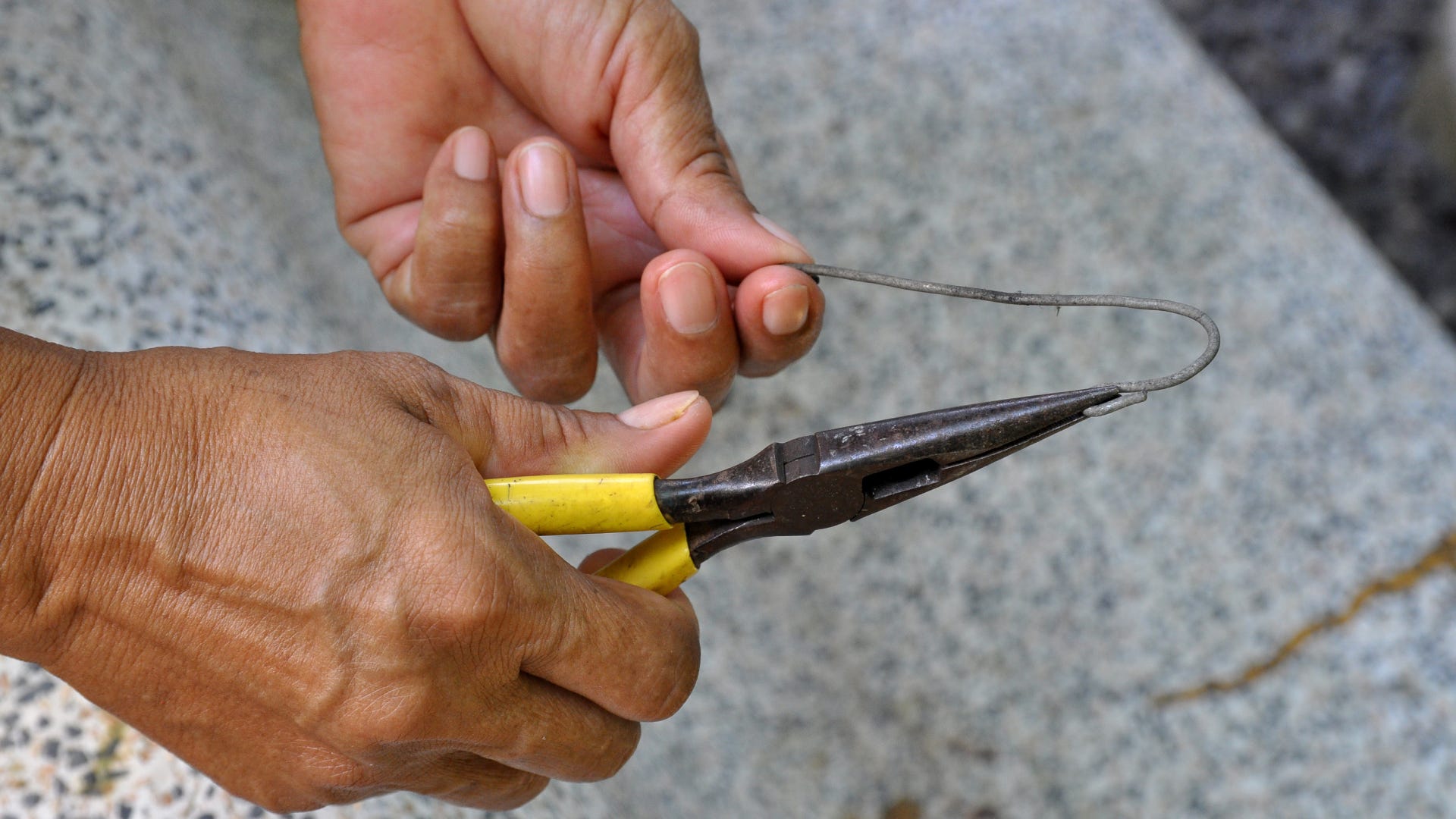 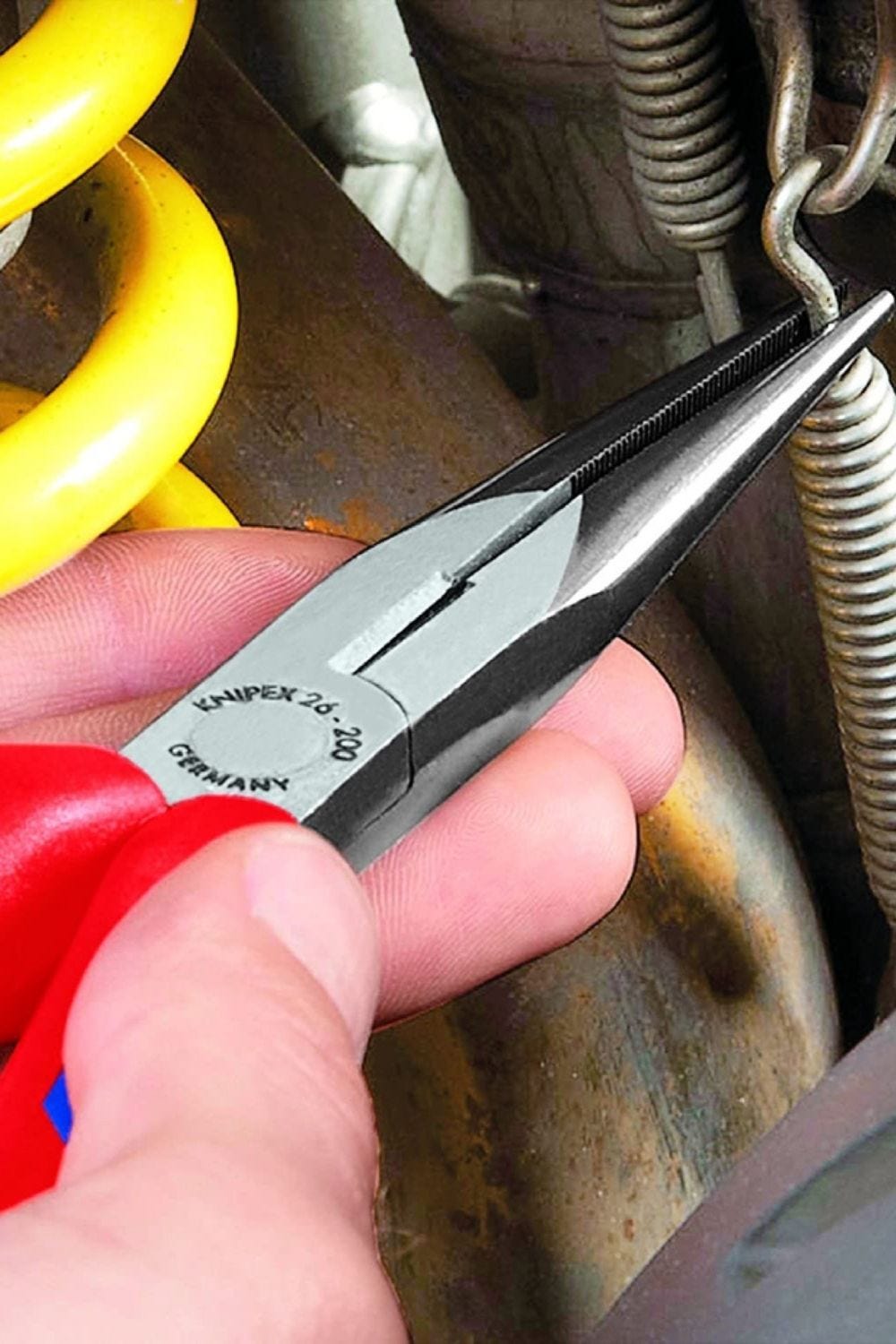