As a casual hobby or an intense sport, ping pong is great fun for all skill levels. To have a great game, however, you'll want great ping pong paddles. Here are some awesome sets that we recommend.

Ping pong (aka table tennis) is a game that’s characterized by creativity, as no two playing styles are truly identical. As such, finding ping pong paddles that cater to your style is very important when attempting to hone your craft and be the best ping pong player you can be.

The most obvious reason that people buy ping pong paddles is to enjoy a game of ping on their ping pong table. However, there are several other reasons you might want a new paddle even if you already have one. For instance, players who are trying to improve their game may upgrade their paddle so that they improve their training regimen. If you’ve devoted many hours to training, you may also want a competition-level ping pong paddle that affords you excellent precision and a premium feel.

What should you look for in a ping pong paddle?

What type of ping pong paddle is good for beginners?

Beginner ping pong players should probably look for a paddle that sports a 100% wooden blade, as these are great for controlling the spin and placement of your shots. Sandwich rubber should be considered over textured plastic in terms of cushioning, with a slightly thinner cushioned layer to give the player more control as opposed to greater speed.

Our Picks for the Best Ping Pong Paddles

This ping pong set comes with sturdy paddles that are thickly padded with a comfortable grip.

Pros: Featuring two high-quality paddles and a retractable net that can be used on nearly any table, the PRO-SPIN All-in-One Portable Ping Pong Paddle Set is a great way to play ping pong on the go. Despite this set’s affordable price point, its paddles are nicely padded and sturdy while affording decent spin for those with good ball control. This set also impresses thanks to its included three-star ping pong balls and travel-friendly design and comes with a nifty storage case that’s perfect for taking on the go.

Cons: Quite a few reviewers noted being far less satisfied with this set’s net than its paddles or balls. Notably, some users reported having issues setting the net up or getting it to retract after use. It also doesn’t appear to be the most durable portable ping pong net you can buy at this price point.

Bottom Line: This is a fun set to buy for those who like to play casual games of ping pong while traveling. That being said, the quality of its paddles is actually a pleasant surprise compared to other budget-friendly ping pong sets. Thus, those looking for a couple of nice ping pong paddles that include some fun extras probably won’t be disappointed at this price point.

Pros: If you’re looking for a four-pack of ping pong paddles that are a definite step up from the entry-level paddles that came with your table, this set from NIBIRU SPORT is well worth considering.  Featuring a fairly durable build quality for the price, these paddles offer great spin on the ball thanks to their tacky cushioning. They also possess a nice heft in hand and hold up well to everyday use. As a bonus, this set comes with eight high-quality ping pong balls, making it an alluring deal given its budget price tag.

Cons: While these ping pong paddles are overall a joy to use, some reviewers have mentioned subpar finishing on some of the paddles that came with their sets. While a rough edge is nothing that some sandpaper can’t fix, you’ll probably want to check your paddles before using them to avoid picking up a splinter during a match.

Bottom Line: Although the subpar finishing that some users have experienced with these paddles is worth thinking about, this ping pong paddle set’s overwhelmingly high reviews should give you an idea of their quality. If you’re looking for a nice set that’s suitable for beginners and intermediate-level players, these paddles from NIBIRU SPORT offer plenty of value for the price.

Pros: This set by Franklin is the best way to get playing without breaking the bank. This two-paddle set comes with three additional balls so that if you happen to lose one on a particularly devastating shot, it won’t end your gameplay. The pebbled rubber paddle faces are great for adding speed and spin to your game for superior control. The five-ply laminated wood handles also impress and seem durable enough to outlast plenty of use and abuse while retaining a comfortable, natural feel during intense gameplay.

Cons: While these paddles’ sparse rubber padding can add a nice dimension of speed to your game, you might find your shots are harder to control. Also, it’s worth noting that the balls that come with this set are pretty subpar, so buying some quality three-star balls is recommended for the best experience.

Bottom Line: While these aren’t the best ping pong paddles you’ll ever use, they’re a great starting point for beginners and a nice budget-friendly option for those seeking to save some money. If fun and fast-paced is your favorite way to play ping pong, these paddles should be perfectly suited to your playing style.

These durable plastic paddles are great for children to play with.

Pros: If you’re seeking durable ping pong paddles that are made to last, RangeHAWK has you covered with this plastic paddle set. While this set won’t offer players the most nuanced control over the ball, these paddles are great for lending out to children and other players who might not take the utmost care to ensure your paddles are returned in pristine condition. That being said, their textured, fade-resistant paddle surface offers a light spin and plenty of speed for a fun, fast-paced game.

Cons: Since these paddles don’t have any padding, it can be difficult to control ball placement, especially when attempting tricky shots. That being said, these paddles are still high enough quality to make decent loaners for a rec center or semi-public setting.

Bottom Line: If you’re looking for a basic set of plastic paddles that are designed to withstand plenty of abuse, this set from RangeHAWK is a smart purchase. They’re also sized perfectly for smaller hands, so kids can easily play with them without having to struggle to control the paddle.

Pros: Featuring quality padding that’s tacky enough to get some topspin on your serves, this ping pong paddle set from JP WinLook is an excellent option for intermediate players seeking quality paddles to enhance their game. These well-balanced paddles offer great spin and control while feeling incredibly natural in the hand, making them a versatile option for players of all stripes. Factoring in this set’s included high-quality balls and low asking price, it’s quite an enticing option for serious ping pong players.

Cons: While these high-quality ping pong paddles leave little to be desired in terms of in-match performance, some reviewers have noted that they may not last as long as expected when getting plenty of use.

Bottom Line: Compared to other ping pong paddle sets that you’ll see at this price, this offering from JP WinLook offers more in the way of spin and control for those who take their ping pong matches seriously. While they don’t offer the most rugged build quality for your money, they still represent a major upgrade over most beginner paddle sets.

Finding the perfect ping pong paddles for your playing style won’t only help you win more matches, but it’ll ensure you’re having more fun playing ping pong than ever before. These ping pong paddles should serve you well in your next match. 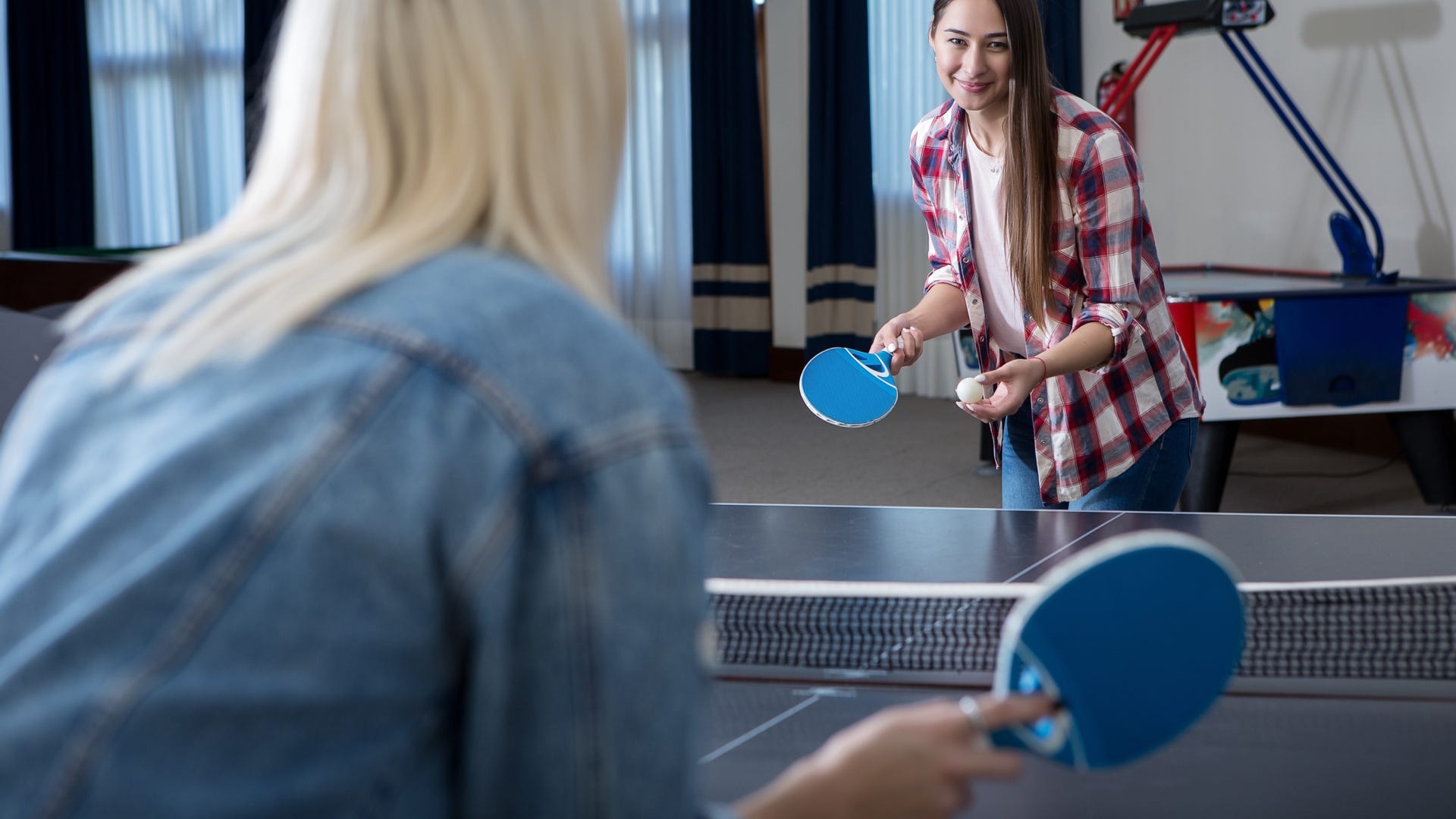 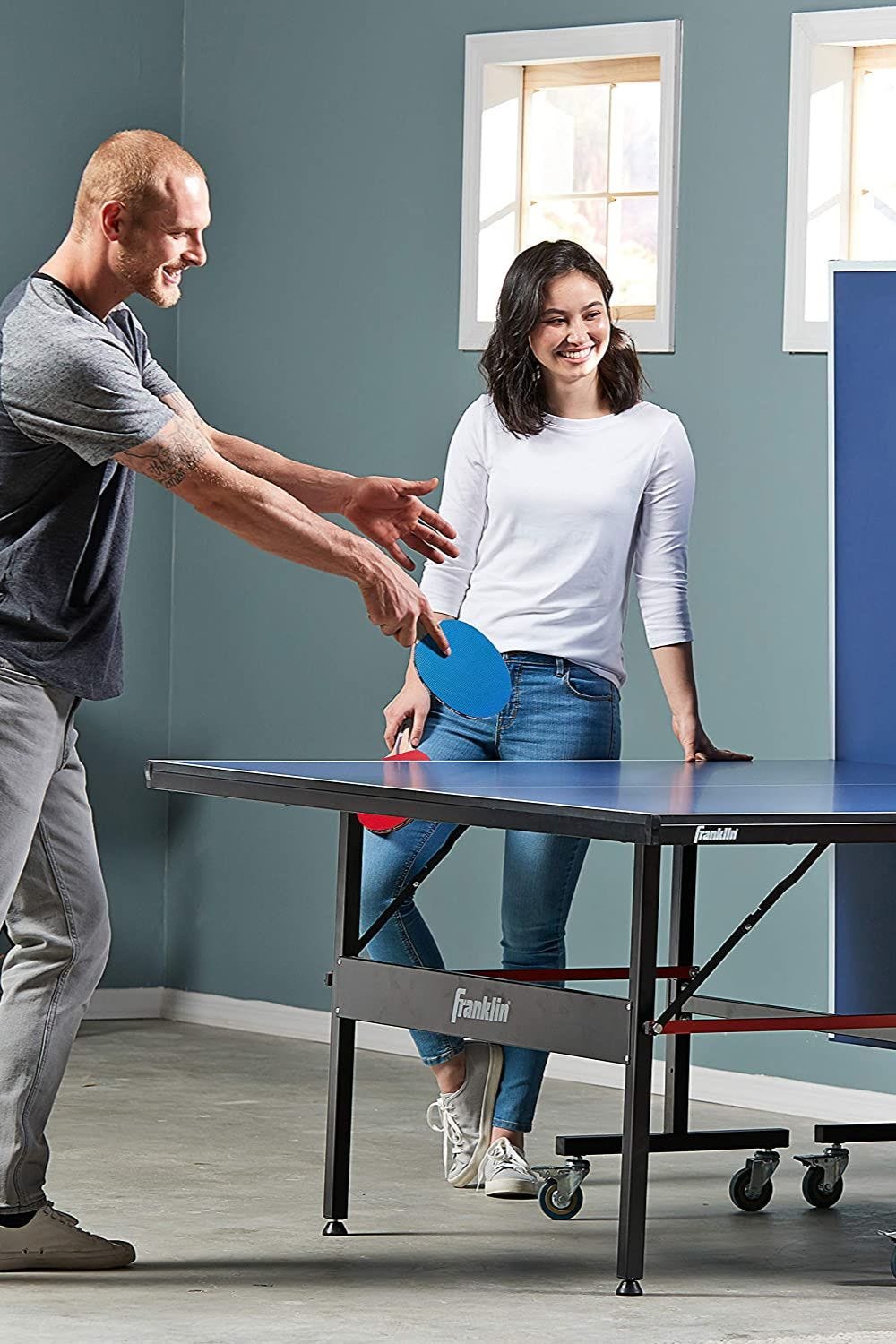