Jonah Chin is a freelance writer for LifeSavvy where he's able to openly share his thorough product considerations, critiques, and recommendations for you to benefit from. When he's away from the keyboard, he enjoys competing in sports like wrestling and playing instruments like the guitar. Read more...

PoE (Power over Ethernet) switches simplify your network connection by providing power and a reliable ethernet connection to devices such as IP cameras and VoIP phones. Here are some top-rated PoE switches that are great for home and the office.

A PoE switch’s ability to use one cable for both power and network cleans up a potentially messy entanglement of cables behind the scenes. You can conveniently power up your surveillance system with just one cable per device. However, not all PoE switches make the grade, so finding one suitable for your unique application is imperative.

Why buy a PoE switch?

PoE switches are usually the most convenient and straightforward method to provide power and a network connection to multiple devices over the same network. They’re especially effective at powering home security cameras so that you can monitor your entire property without each camera requiring its own power source. PoE switches are also used for VoIP phones, affording businesses a lower cost per call and greater functionality than a traditional telephone system.

What should you look for in a PoE switch?

Most modern PoE switches provide Gigabit uplink speeds (1,000 Mbps), which is a monumental improvement over the old standard of Fast Ethernet (100 Mbps). For this reason, it would be wise to invest in a Gigabit PoE switch to meet the rigors of the modern network demands. That being said, Fast Ethernet POE ports can still accommodate a variety of edge devices, so the technology is far from useless.

Our Picks for the Best PoE Switches

This rack-mountable PoE switch stands out for its impressive power budget and rugged design.

Pros: Featuring a rack-mountable design and an impressive 250-watt power budget, the Aumox 18-Port Ethernet Gigabit PoE Switch is a product to check out. This PoE switch is incredibly easy to use thanks to handy device auto-detection, but it still provides some neat features for networking that geeks will love. Additionally, its sturdy metal casing and advanced heat dissipation make this a very rugged model for its affordable price tag.

Cons: While this product’s fan is fairly quiet when compared to similar models, it is not the most quiet-operating PoE switch on the market. Additionally, many have noted that the fan stays on when the device is operational, even if you unplug all of its connected devices.

Bottom Line: Although this PoE switch will be a little much for those who simply want to run a few security cameras, it’s an excellent choice for those seeking a dependable unit that can handle some advanced applications. Additionally, this product makes it incredibly simple to turn every PoE port into a private VLAN, which is a dream come true for network administrators.

This budget-friendly PoE switch is ideal for IP cameras but can also handle higher-power PoE devices.

Pros: Featuring an unbeatable price tag and an easy-to-use design, the NETGEAR 5-Port Unmanaged PoE Switch is a great option for those who can stay within its 63-watt power budget. This PoE switch sports a silent, fanless design that makes it an excellent fit for quiet rooms where concentration is at a premium. It also delivers up to 30 watts of power per PoE port, meaning it’s a solid choice for using with Wi-Fi access points and other power-hungry PoE devices.

Cons: At 63 watts, this device’s total power budget will leave something to be desired for those seeking a PoE switch that can connect multiple higher-power devices at once. Thus, it would be wise to calculate your power needs before picking up this PoE switch.

Bottom Line: Overall, this is a very impressive little PoE switch, especially compared to similar budget-friendly models. While its somewhat miserly power budget will turn away some advanced users, those seeking to connect a few IP cameras and a Wi-Fi AP will likely have no issues when using this sturdy PoE switch.

Pros: This feature-rich smart switch from Cisco includes a ton of web and mobile network management tools that seem to be designed with the needs of small businesses in mind. It’s also a joy to use, thanks to a speedy GUI, and it comes equipped with built-in security (including Cisco Umbrella) to keep your network secure. It’s also worth noting that while this isn’t the most affordable product on this list, its price point is incredibly fair compared to similar smart switches.

Cons: Compared to other smart switches, this product has a fairly steep learning curve and will demand some research and patience to get the most out of its many features. That being said, this is quite understandable, given how practical this smart switch is.

Bottom Line: While this may not be the best product for small business owners who don’t employ a trustworthy IT professional due to its steep learning curve, those who devote the time and effort to understanding its use will be impressed by what this smart switch offers.

Pros: If you’re seeking a PoE switch for a high-density PoE deployment that requires a massive power budget and plenty of PoE ports, the NETGEAR 52-Port PoE Smart Switch is an excellent choice. Sporting handy security features and some Layer 3 capabilities (including inter-VLAN local routing and ARP), this product is definitely a versatile option for edge networking. It also features a power budget that gives you plenty of options when implementing PoE+ devices and regulates its heat well, thanks to its three quiet-operating fans.

Cons: Naturally, this high-end smart switch is going to set you back a lot more than a basic eight-port model. If you suspect that this product far exceeds your current and future needs, there isn’t much of a reason to invest in it since there are plenty of great smart switches on the market that will also save you a handful of cash.

Bottom Line: While this probably isn’t the product you’ll choose to connect a few IP cameras, those who require a high power budget and plenty of connection options will find a lot to love in this smart switch. That being said, this behemoth will undoubtedly exceed the needs of most consumer network geeks.

This PoE switch sports a hefty power budget and number of PoE+ ports for its budget price.

Pros: If you’re looking for a great budget PoE switch that performs with the big brands, the YuanLey 26-Port PoE Switch is one to consider. Sporting an impressive 400-watt power budget and 24 PoE+ ports, this PoE switch stays cool even under heavy loads, thanks to its (admittedly noisy) industrial fan. It also supports VLAN isolation for those in the market for an inexpensive switch that can accommodate network segregation and secure hosting.

Cons: This is a throwback PoE switch in several ways, and its loud, powerful fan may bring back memories of the early 2000s for some network administrators. However, while this product is much louder than most comparable switches, it does stay incredibly cool.

Bottom Line: Realistically, you probably won’t want to install this PoE switch in a room where people are struggling to concentrate and get work done due to its loud fan. However, if you’re seeking a reliable PoE switch that overperforms in terms of power and performance for an affordable price, this isn’t a model to pass up.

Investing in the right PoE switch can be the difference-maker between a pain-free implementation or costly downtime and troubleshooting. For this reason, doing extensive research before you buy is a no-brainer. Thankfully, whether you’re setting up a few VoIP phones or undertaking a high-density deployment, there are plenty of impressive PoE switches on the market. 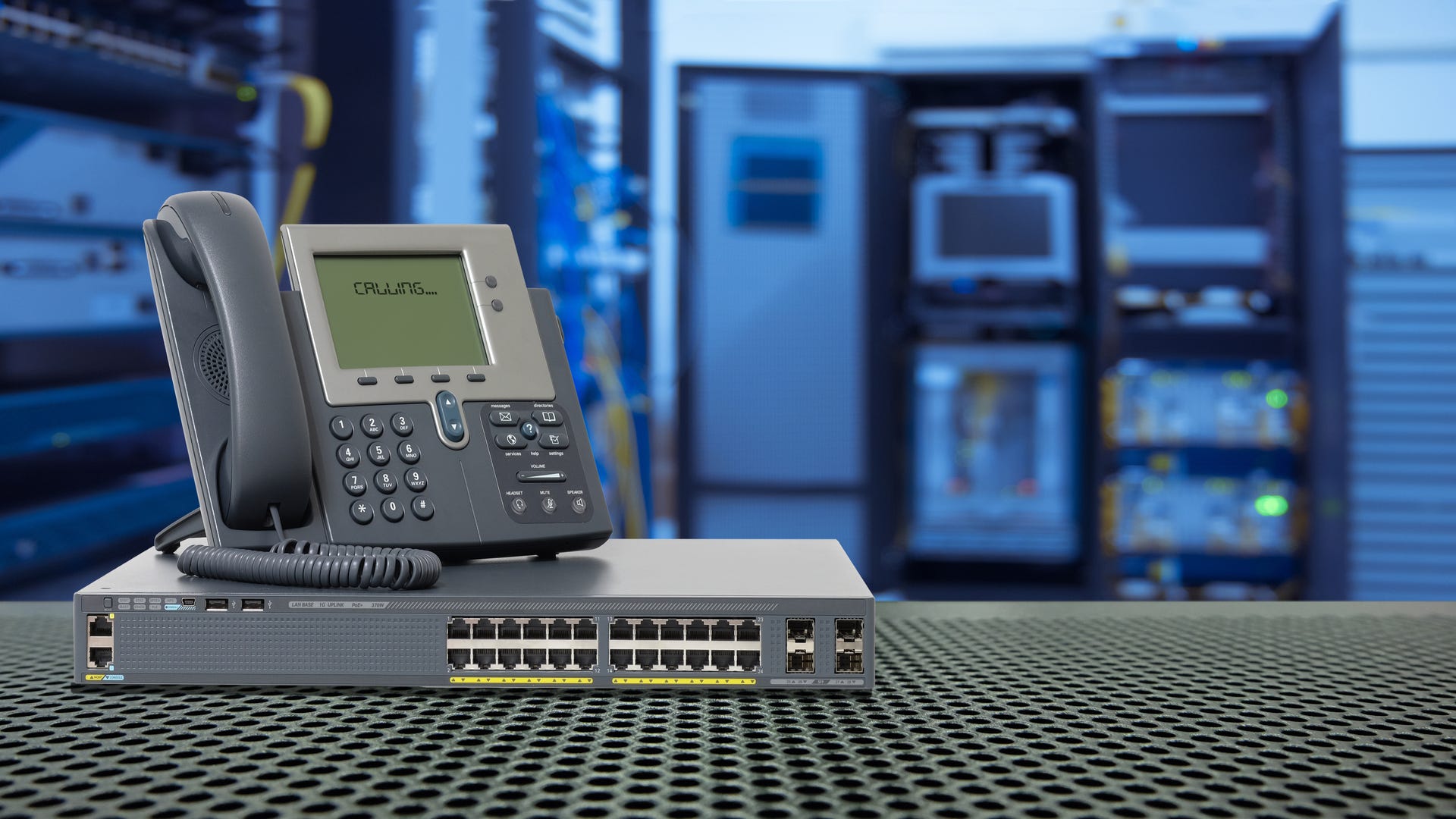 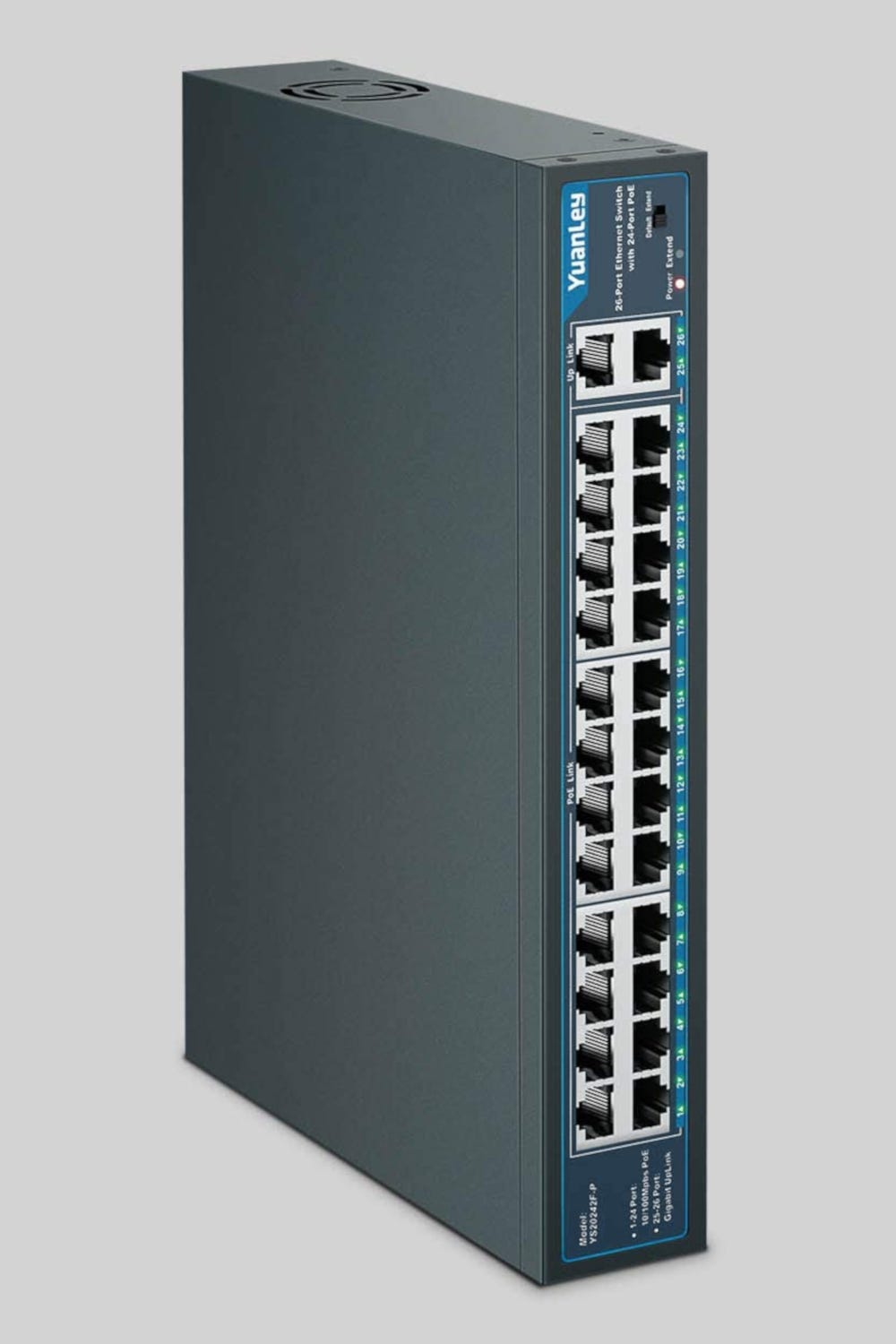