Since the dawn of the 20th century, the pogo stick has remained one of the more eccentric means of outdoor fun. For novice users, just hopping in place at varying levels of height is always fun. Of course, when the stars align, and you love the craft, your pogo-ing adventures may take you to some new and extremely cool heights. If you’re in the market for a new type of pogo stick, here are a few options that we recommend.

What You Should Look for in Your Next Pogo Stick 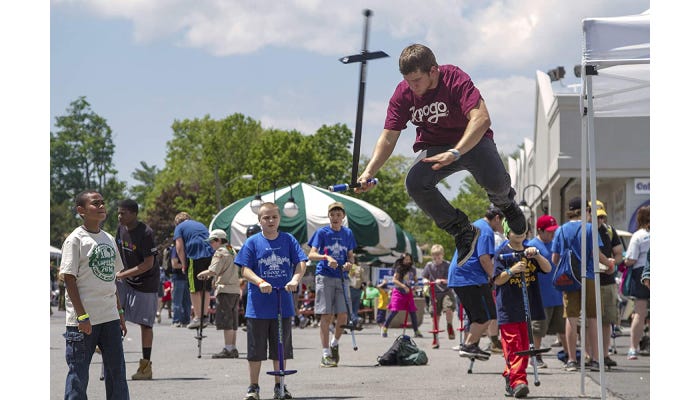 At the top of our list is an option that knows how to cater to child and adult pogo fanatics alike, this NSG Pogo Stick, deemed a “Premium Performance” option from the brand, is reinforced throughout for a novice and pro-level jumping performance. Featured here is a classic device that embraces new-age functions, like industrial-strength steel springs that promise new heights and a hydro-formed steel shell that can take a tumble and get right back into action. Its co-molded rubber grips and welded diamond footplates also ensure secure jumping.

A new-age pogo stick that features industrial but flexible steel across the entirety of its frame. 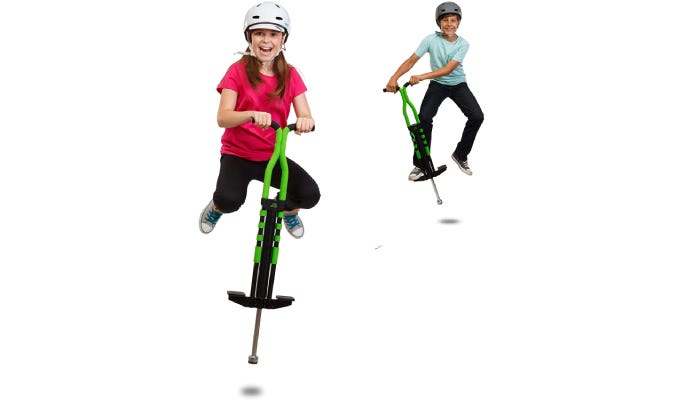 A durable choice that is designed for young teens and users weighing up to 160 pounds, this New Bounce Pogo Stick utilizes a frame with a wider stance to create added stability and a more efficient bounce, especially when tricking. These increased safety measures are also present on the toy’s surface. From its handlebars and midway down its shaft, this pogo stick is coated in a soft, cushioned material that is easier to grip and protects users from taking too much damage on the comedown. 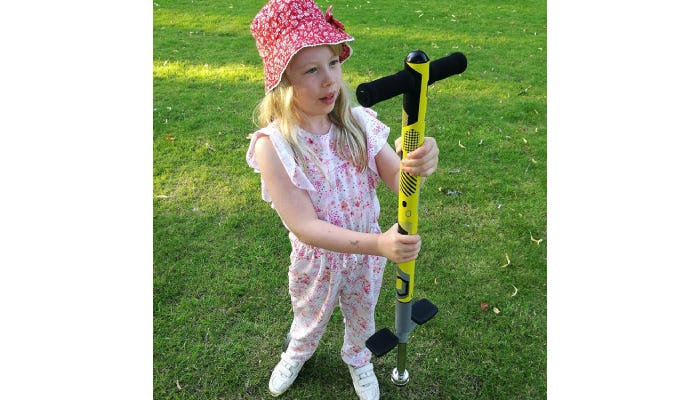 For the child user who’s not quite prepared to make the leap to a full-sized device, this Think Gizmos Pogo Stick is a 37-inch option that’s great for the 5- to 10-year-old crowd. It’s designed for simple yet powerful operation, even for its younger users. This pogo utilizes low friction spring capabilities for a quieter but smoother and high-reaching rebound. Additionally, this option features a rubber bouncing tip, anti-slip footpads, and foam padding around the safety handle.

A durable choice that utilizes low friction spring power and is ideal for the 5- to 10-year-old crowd. 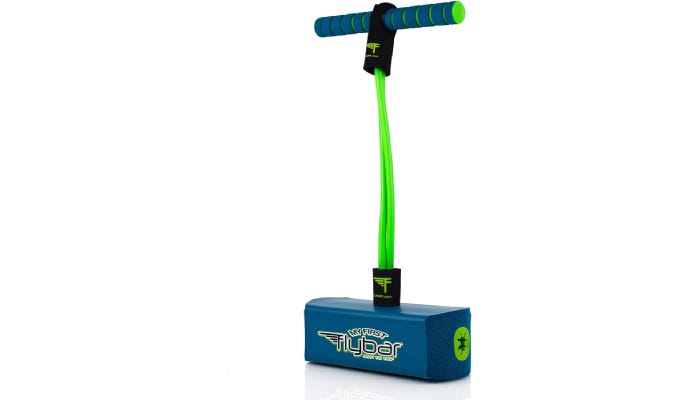 And for the toddler who can’t help but want in on the fun, too, this Flybar My First Foam Pogo Jumper knows how to ease the hopping learning curve. What makes this such an ideal choice for even younger users is its simple design, which in turn, provides all-around safety for those who dare to jump. It’s perfect for indoor and outdoor use, ditching the springs and rubber point in favor of a large foam base that covers plenty of ground for stable jumps over time.

Flybar My First Foam Pogo Jumper for Kids Fun and Safe Pogo Stick, Durable Foam and Bungee Jumper for Ages 3 and up Toddler Toys, Supports up to 250lbs (Blue)

This pogo jumper for toddlers creates an easier way to jump with a large foam base that won't slip or scuff. 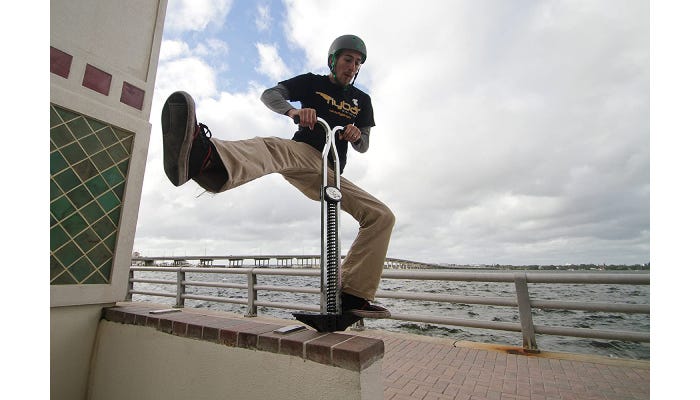 A rock-solid choice for the pogo bros and users who take their craft to the next level, this Flybar Super Pogo Pogo Stick takes the classic children’s toy and revamps it for the extreme jumping crowd. You’re guaranteed strong design construction here, from its heavy-duty and tightly wound metal springs to its grip tape-covered and injection-molded footpegs that will not falter when you’re looking to touch the sky or, at the very least, trying to stall on the side of a ledge.

A reinforced choice that's great for novice users, but moreover the standard option for those who really want to test their skills. 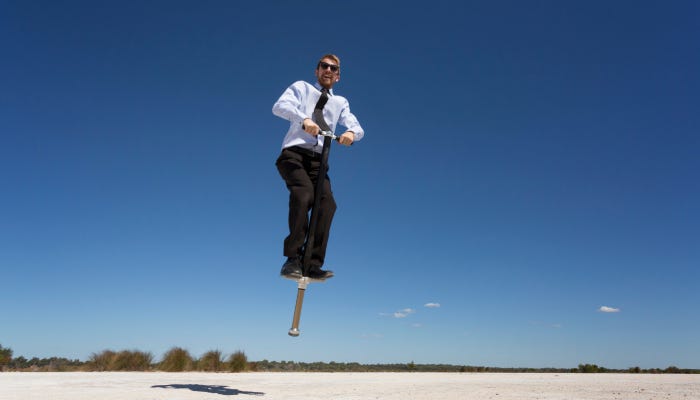