The Best Radar Detectors to Have on the Road

With speeding tickets becoming as costly as your monthly car payment in many cities and states, owning a high-quality radar detector has become more important than ever.

The Best Radar Detectors to Have on the Road

Let’s face it, most drivers fail to follow posted speed limits on many major roads and highways. Even if you’re going with the flow of traffic, you can still be pulled over for speeding. Luckily, with a great radar detector, you can be alerted to a police speed trap via a radar or a laser before you risk getting a ticket. If you live in a place where the use of radar detectors is legal (sorry, friends from Washington, D.C. and Virginia), it’s a great idea to educate yourself on the benefits of owning a radar detector.

Why buy a radar detector?

Radar detectors are an ideal way to help you avoid expensive speeding tickets and even some other traffic violations. They’re designed to warn you whenever there’s a cop car or other police presence nearby as well as to provide you with the area’s speed limit and measure your vehicle’s speed. They’re not completely foolproof, of course, but they will significantly decrease your chances of getting pulled over for speeding. While various factors can affect exactly how effective individual radars might be, they’re not the outdated piece of technology that some people think they are. In fact, updated radar detectors are better than ever.

While some GPS and map apps on smartphones might alert you to speed limits and police presences, they tend to be reliant on other users to post this information. Thus, while somewhat handy, they aren’t guaranteed to alert you to every cop lying in wait along your route. Radar detectors are much more reliable for this particular task.

What should you look for in a radar detector?

Consider these factors when choosing your radar detector:

Where should you mount your radar detector?

For best results, you’ll want to mount your radar detector as high on the front interior of your car as possible. The higher the placement, the better the range. Most people tend to place theirs somewhere on their front windshield near the rearview mirror. Just be sure that you place your radar detector in a spot that won’t block or hamper your line of sight while driving. If concealing your radar detector is more important to you, you might prefer to place it behind your steering wheel instead.

If your radar detector also comes equipped with a camera, you’ll probably want to place it somewhere on your dashboard so that your rearview mirror won’t block your camera’s line of sight. Even if you don’t have a camera in your radar detector, the dashboard is still a fine place to mount it. However, keep in mind that this will likely affect the device’s range.

Our Picks for the Most Effective Radar Detectors

Pros: Sporting a wealth of functions that can be customized to your driving style, the Escort MAX 3 does a good job of minimizing false or unhelpful alerts while you’re driving. It also features top-notch range and sensitivity compared to other models within its price range, meaning that you won’t have to immediately jam on the brakes every time you get an alert. As a bonus, the mounting equipment of this detector matches the quality of the radar detector itself, so you likely won’t have to replace it with a more secure option.

Cons: This radar detector doesn’t feature digital signal processing, so when you first start driving with it, you might be annoyed by the number of false alerts that it picks up. However, this issue is largely mitigated over time thanks to its auto-learning and advanced filtering technology.

Bottom Line: If you’re looking for a solid radar detector that’s reliable enough to take on the road, then this is your most cost-effective option. While it does falter a bit right out of the box, it’s good enough at optimizing the user experience over time to be a great choice for a wide variety of drivers.

This budget-priced radar detector features a very respectable range for its price. Its IVT filter is great for eliminating false alerts where other budget options fail.

Pros: This radar detector is spectacularly priced, especially when considering how great its range is. Both the front and rear detection perform very well compared to budget-priced models, and the RAD 480i has no problem detecting red light cameras. This radar detector also scores points for coming with several mounting options, making it a versatile pick that works well with an array of vehicles and driving styles.

Cons: While the app that this radar detector comes with is really useful (You get access to live hotspots and community-generated alert reporting.), it does come at a monthly subscription cost. Thankfully, if you already use Waze or a similar app, you can pass on this functionality and the monthly charges. Additionally, this radar detector is highly sensitive to K-band, so expect some false alerts along your route when passing retail establishments.

Bottom Line: If you’re seeking an entry-level or budget-friendly radar detector, you can’t do much better than this one. While it lacks some of the advanced functionality of its peers, it does well enough to be a dependable (if not somewhat bare-bones) option for people who are on a budget.

This rugged product utilizes GPS technology and firmware updates to keep it up to date and features an unbeatable range and sensitivity.

Pros: The R7’s range is every bit as impressive as advertised and even shows its worth when you’re driving in conditions that are usually troublesome for radar detector users (especially hilly areas and winding roads). Its multi-colored display also scores top marks for being attention-grabbing and easy to read while paying attention to the road. For people who absolutely loathe visual distractions, the voice alerts provide plenty of timely information.

Cons: Like many other radar detectors, this one suffers from an excess of K-band false alerts. While this can be somewhat fixed via sensitivity tweaking and GPS filtering, many will find it a lot of extra work, especially for a model this pricey. Speaking of pricing, it’s impossible to talk about this device without addressing the fact that it’s substantially more expensive than other models with similar features.

Bottom Line: For many, this radar detector’s unbeatable range will be worth the cost. Additionally, the R7 packs enough advanced features and customizable options to make you feel like you’re receiving a complete product. However, people who don’t tend to push the envelope in terms of speed might find more value in a less expensive option.

A multifunctional radar detector that doubles as a dash camera and offers a Wi-Fi and Bluetooth connection.

Pros: For a device that essentially offers two products for the price of one, the Road Scout does really well to keep the entire package easy to use so that inexperienced radar detector and dashcam owners can operate it. The dashcam features G-Sensor recording to ensure that your footage gets recorded and stored in the event of an accident. With reliable radar detection and HD dashcam recordings, there isn’t a lot to dislike in terms of overall performance.

Cons: While the radar detector is good at reliably producing alerts, its lower-than-average detection range will leave you jamming on the brakes when an alert comes, since it will mean that you’re in immediate danger of receiving a ticket. In terms of the dashcam, while the recording quality is great, it’s stored in .mov format and thus, takes up a lot of space on your SD card.

This radar detector is suitable for newbies. For the price, its false alert filtering and customizable options are really impressive.

Pros: Thanks to its built-in Wi-Fi and Bluetooth compatibility, the MAX360C is regularly updated without any input from the driver. This affords it the ability to alert you about timely speed traps and other threats even when police radar technology isn’t being utilized. Additionally, despite being one of the most feature-rich radar detectors out there, this product has a user-friendly Novice Mode that does away with any customizable options so that you can receive alerts based on factory settings.

Cons: The OLED interface is easy on the eyes, but it tends to get jam-packed with information and can be hard to read under direct sunlight. Additionally, its small size exacerbates its visibility issues. While the radar detection functionality works wonderfully, its K-band performance is pretty spotty, so keep an eye out for highway patrols if you’re driving at speed.

Bottom Line: There’s no denying that this is one of the most user-friendly and resourceful radar detectors out there. Although many other products have caught up with it in terms of technology (This was one of the first models to introduce well-integrated Bluetooth and Wi-Fi connectivity.), this product still outperforms most of its competitors in terms of range, usability, and detection quality.

Whether you have a long daily commute to work, take a lot of road trips, or simply can’t afford another speeding ticket, a radar detector can be a worthwhile investment. They’re great for urban, crowded environments and for more rural, sparsely populated ones alike. Since they’re meant to help you avoid speeding and other traffic violations, owning a radar detector might actually help make you a better, more aware driver. 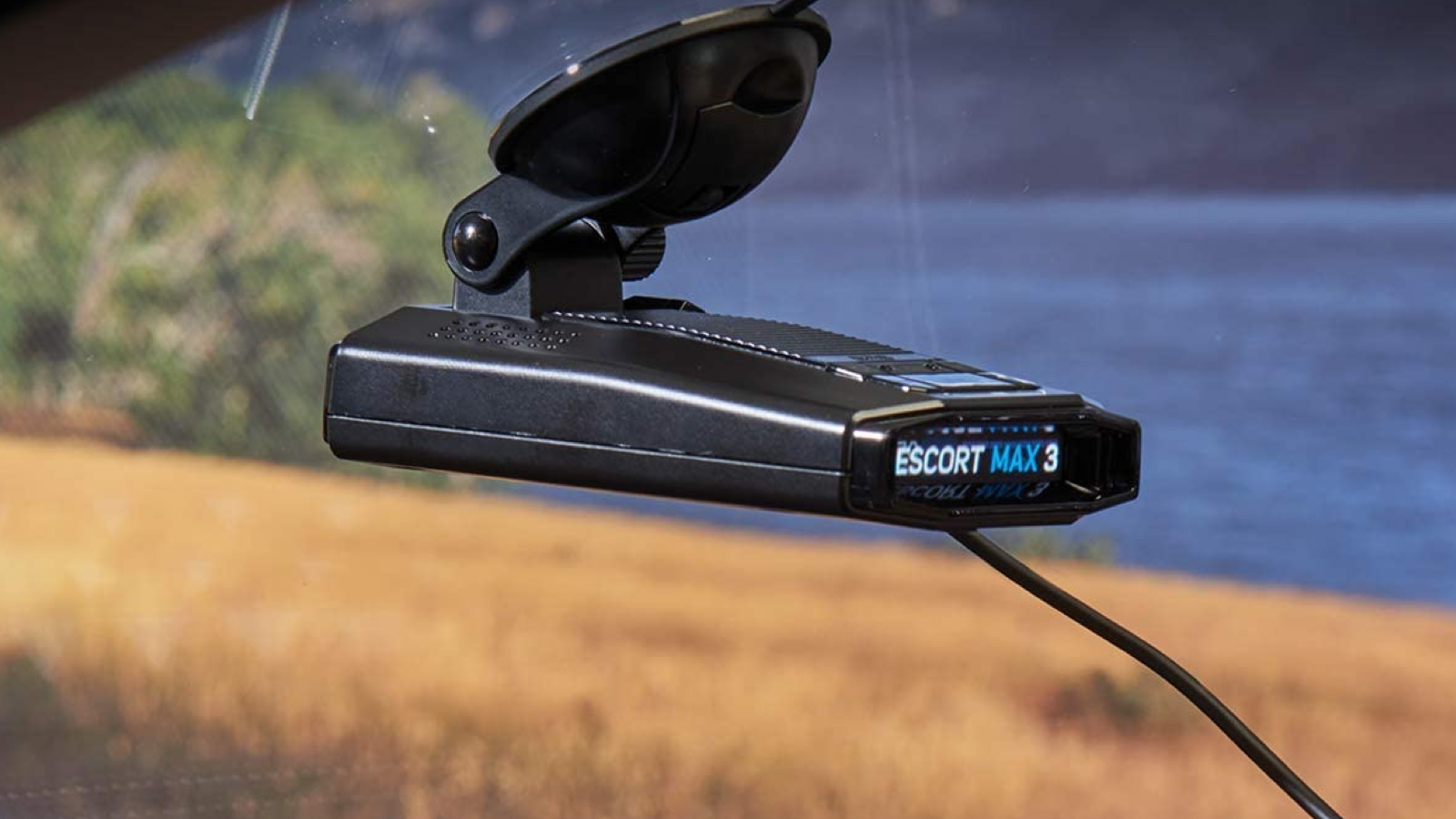 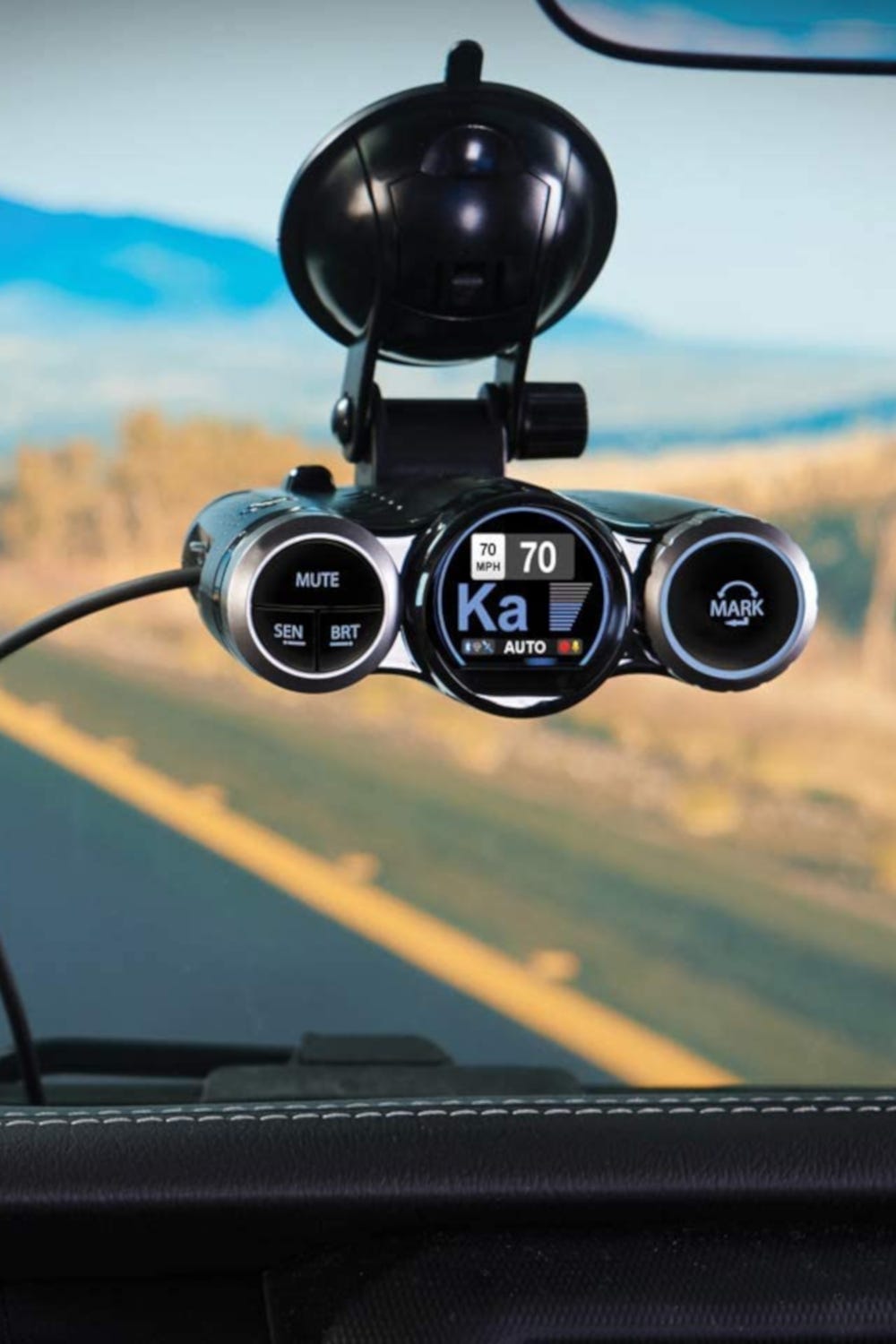