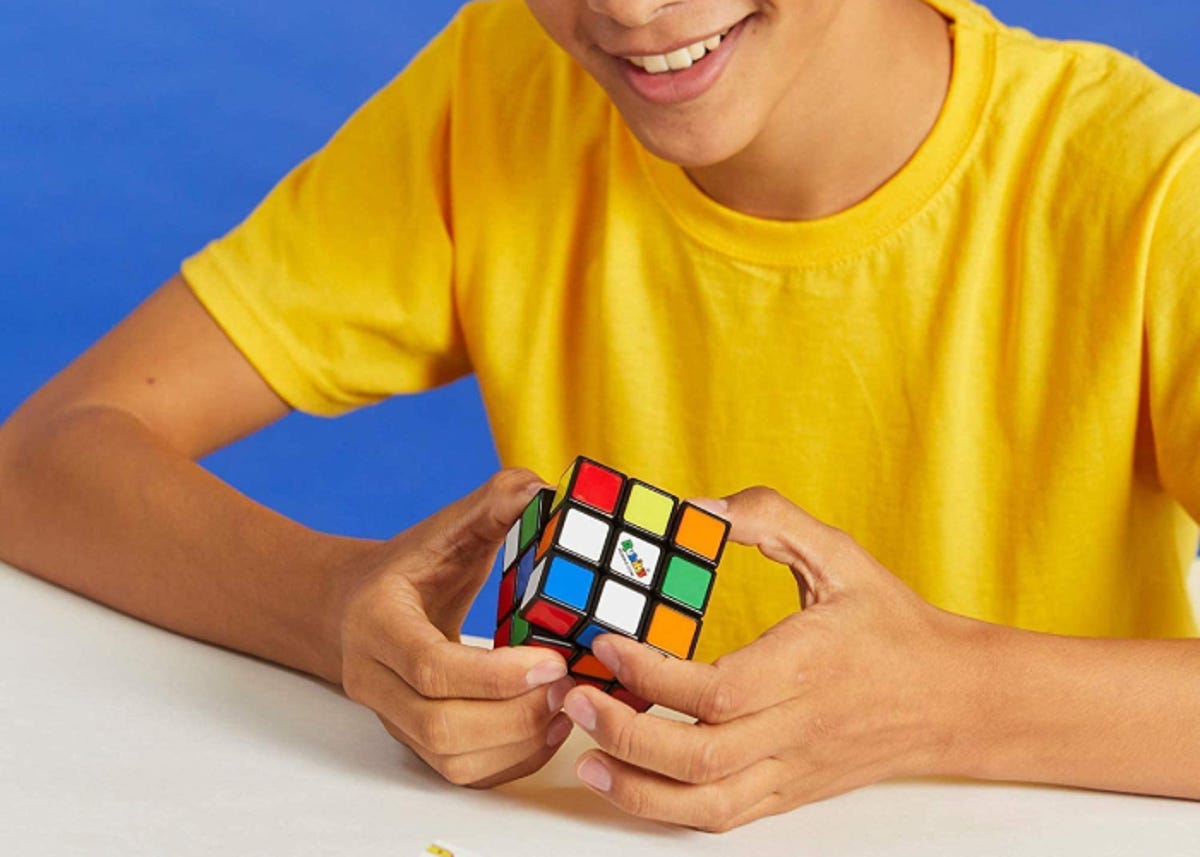 The world’s infatuation with the Rubik’s cube began in 1980 and hasn’t let up since. Now, what does that say about the puzzle? Not as much as it says about us, and it’s that we love being challenged. The Rubik’s cube has stolen every bit of downtime we could offer, whether it was morning bus rides to school, on the commode, or sneakily trying to solve it under the dinner table. We love this generation-defying brain teaser and the thought of beating our best friends in a head-to-head, fastest-takes-all battle. If you’re looking for a new Rubik’s cube to gift to your kiddos for the first time or just wanting to cash in on some nostalgia, here are some we recommend.

What to Consider When Buying a Rubik’s Cube

Look to these factors when picking your next puzzle: 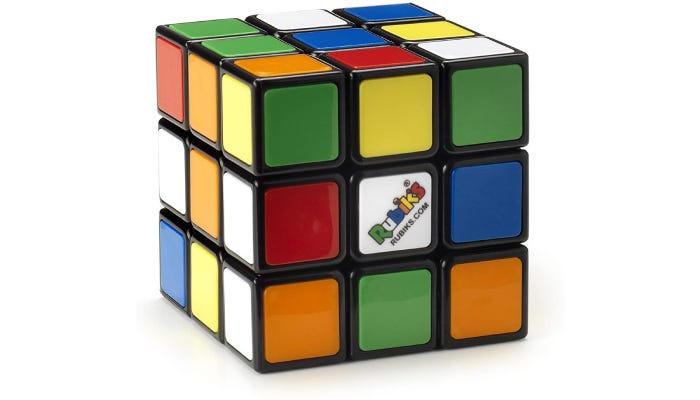 There’s a reason the original Rubik’s cube has sold over 300 million products to date: simply put, it’s fun. This classic 3x3x3 puzzle reminds us of how fun it is to be vexed, pushed to the brink of shouting, “Never again!” while we know full well we’re destined to pick it back up in the morning. With its quintessential colored squares and the brand that started it all imprinted across the middle, this is the original you remember. However, there are still some modern touch-ups that make this an all-around more exciting game. This edition of the cube features a better turning style that ensures smoother moves. It also ditches the original’s stickers and replaces them with plastic, so you won’t have to worry about the face fading or your younger sibling peeling the stickers off and pretending they solved it in record time.

The Tried and True

A few touch-ups aside, this Rubik's cube is the classic brain teaser you have always adored. 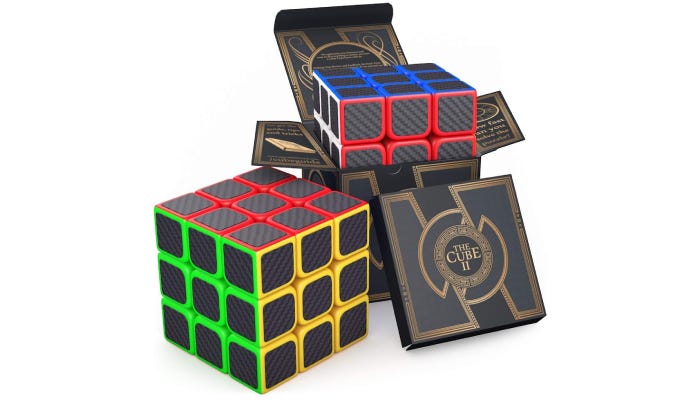 Nostalgia has one heck of an influence, but this is the modern age, and aGreatLife’s Carbon Fiber 3x3x3 cube knows how to make even more out of an already winning formula. Hailing itself as the next generation of cubes, this puzzle piece is even a visual far cry from the original Rubik’s cube; neon colors surround the border of each square, rather than filling them. Where the color once was is now a rough texture patch that promotes better gripping power, so you won’t slip and ruin the momentum. Another update this puzzle brings to the cube is its ability to cut corners for you, twisting at a 43-degree corner and faster than most traditional cubes. It also features improved anti-pop technology, preventing jams and squares from coming loose while you’re in play. 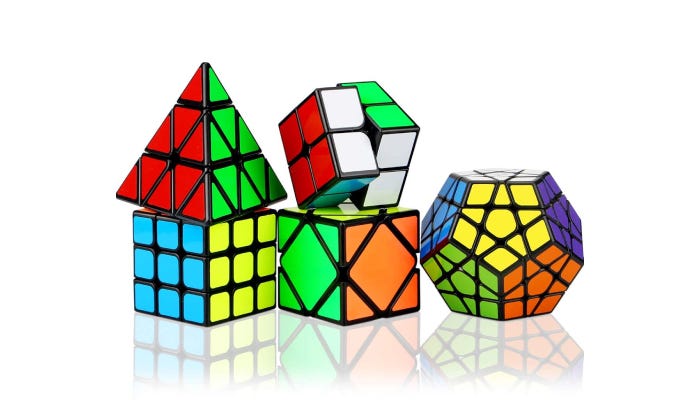 For the fidget cube aficionado in your life, the one who has spent a lifetime finding every possible way to solve a cube, the one you’re just short of tying both hands behind their back, this is their value pack. The Dreampark Speed Cube Set doesn’t feature two, nor three, nor four puzzles, but five. Five cubes of varying dimensions and increased difficulty that should keep anyone busy for months to come: there’s a 2x2x2 cube, 3x3x3 cube, Megaminx cube, Pyramid cube, and Skew cube, all of which feature non-toxic ABS material, non-fading stickers, and pre-lubricated cubes for effortless turning. Not only are you getting the most for your money here, but this is also a terrific option for young children, as any of the five cubes will strengthen cognitive skills and inspire creativity.

With five different puzzles included in this bundle, it will keep you busy all year long. 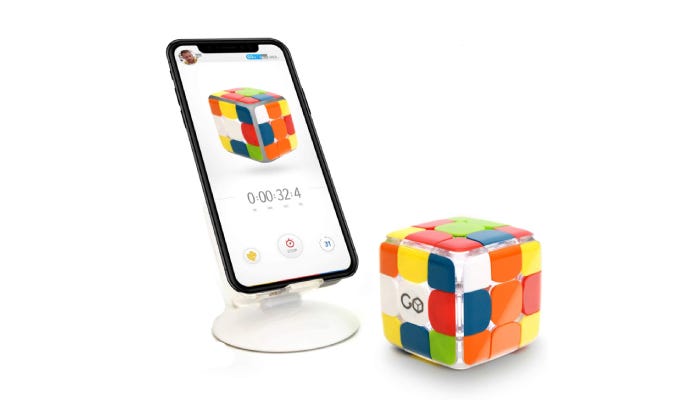 An exceptionally modern take on the classic Rubik’s cube, the GoCube is a smart app-driven puzzle that doesn’t just bring the classic into the new age; it propels it into the future. This is still the worthwhile brain teaser you adore, just transitioned to an entirely new digital format. After downloading the GoCube app and connecting to a phone or tablet, players use the cube as a controller to track their moves and progress in real time, playing mini-games along the way and battling online with users all across the world. This is a tech-savvy innovation that, first and foremost, wants to teach you how to actually solve the Rubik’s cube, not just leave you in the dark.

Tech-forward and ready to teach you every step of the way, this is a new and improved puzzle for users of all ages. 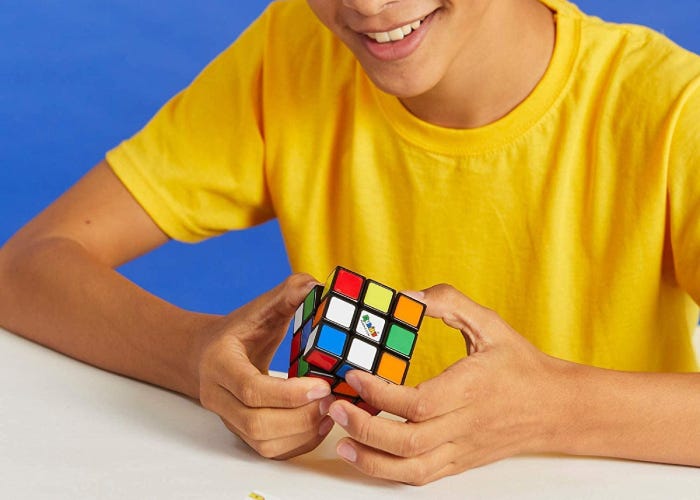