The well-being of your family and home is of the utmost importance. With these smart smoke detectors, you can gain access to unrivaled smoke detection and real-time alerts that can help prevent disaster, even when you're away from the house.

Smart smoke detectors are very similar to classic smoke alarms, except they’re equipped with handy features and functions that make them more customizable and convenient for your home. From real-time smartphone notifications to Alexa integration, today’s smart smoke detectors do much more than simply alert you to the presence of smoke or carbon monoxide.

Why buy a smart smoke detector?

Perhaps the main reason people choose to upgrade their smoke detector for a smart model is the added peace of mind that comes with real-time notifications that alert them of trouble even when nobody’s home. However, smart smoke detectors also offer some exciting features that fly under the radar. From motion-activated night lights to Wi-Fi connectivity and even voice-controlled speakers, smart smoke detectors have a lot to offer modern families.

What should you look for in a smart smoke detector?

Should you invest in an ionization or photoelectric smart smoke detector?

Our Picks for the Best Smart Smoke Detectors

This smart smoke detector is great for quickly identifying the presence and location of smoke thanks to its detailed voice alerts.

Pros: While the Google Nest Protect stands out for its advanced smoke detection, it is far more than just an ordinary smoke detector. This smart smoke detector packs numerous nifty features, including a pathway light, real-time alerts, and detailed voice alerts that allow you to know the approximate location where smoke is coming from. It also makes silencing false alerts as easy as can be, whether you are accomplishing this via your smartphone or the large button on the smoke detector itself.

Cons: The Google Nest Protect’s biggest drawback is its price, which is a good deal more expensive than alternative smart smoke detectors that utilize Wi-Fi connectivity or Z-Wave technology. This is especially true if you will be outfitting your entire home using this product.

Bottom Line: In terms of quickly identifying the presence of smoke or carbon monoxide and clearly identifying the source of the threat, very few products on the market are able to compete with this smart smoke detector. It’s also worth noting that the Google Nest Protect is easier to set up and install than similar devices, making it a great choice for those who aren’t overly familiar with smart home technology.

This smart smoke detector features a loud, reliable alarm and sends real-time notifications to your phone when it's triggered.

Pros: If you’re in the market for a reliable smart smoke detector that won’t break the bank, the X-Sense Wi-Fi Smoke Detector is a solid choice. This budget-friendly smoke detector sports an incredibly loud 85-decibel alarm that can be heard from far away and gives you real-time notifications via Wi-Fi when it detects smoke. While this smart smoke detector doesn’t have some of the bells and whistles of pricier models, the core functionality is still there and works incredibly well for the price.

Cons: Most smoke detectors these days also moonlight as carbon monoxide detectors, but this functionality is absent from this model. Additionally, this smart smoke detector goes through CR123A batteries much quicker than conventional models, so expect to replace its battery on a yearly basis.

Bottom Line: If you’re looking for a smart smoke detector that is loud, dependable, and sends real-time alerts, this model gives you the best bang for your buck. That being said, its lack of carbon monoxide detection might be a deal-breaker for those who live in states where carbon monoxide detectors are required in private dwellings.

Pros: For those that expect more out of a smart photoelectric smoke detector, the First Alert Onelink Safe & Sound is for you. Tracking carbon monoxide levels, receiving emergency notifications, and checking battery life is made incredibly simple via your mobile device. This unit also features easy installation and an omnidirectional AirPlay 2 speaker with full Alexa compatibility, making it an excellent choice for many smart home setups.

Cons: Simply put, this is an incredibly pricey smoke detector, even when compared to other smart models. While the Onelink Safe & Sound does include more features and functionality than just about any product you can put it up against, it’ll be a luxury buy for most households.

Bottom Line: Given that this product is compatible with AirPlay, Alexa, and Apple HomeKit, it’s a versatile option that will be enticing to many. That being said, its smoke and carbon monoxide detection are thankfully much more than an afterthought, making it an excellent choice for those who haven’t already invested in a home smart speaker setup.

This versatile smoke and carbon monoxide detector utilizes Z-Wave technology to connect to your smart home.

Pros: Featuring a budget-friendly price tag and compatibility with a wide range of Z-Wave hubs, the First Alert Z-Wave Smoke Detector is a great choice for those using Z-Wave technology to power their smart home. This affordable smart smoke detector features a loud alarm, carbon monoxide detection, and real-time notifications for those who use Ring Alarm. This smoke detector can also be used in tandem with other smart home products by setting rules using Z-Wave technology, ensuring users get a personalized experience.

Cons: While this smart smoke detector is simple to set up with Ring Alarm, those unfamiliar with Z-Wave technology will have to battle a fairly steep learning curve (and further smart home investments) to unlock its true power. Also, don’t expect the next-level features of pricier smart smoke detectors.

Bottom Line: While this isn’t a next-level smart smoke detector, its Z-Wave functionality and affordable price tag make it an enticing option for those with a Z-Wave hub and the know-how to use it. That being said, even without connecting this product to a smart hub, it is still a reliable smoke detector that can be called upon to keep your family safe.

Even though there are relatively few smart smoke detectors on the market that have differentiated themselves from the pack, doing your research and making an informed purchase may be a life-saving decision. Keep in mind that a great smart smoke detector may only be as reliable as your smart home setup, so be sure you have a firm grasp on the technology before investing your hard-earned money. 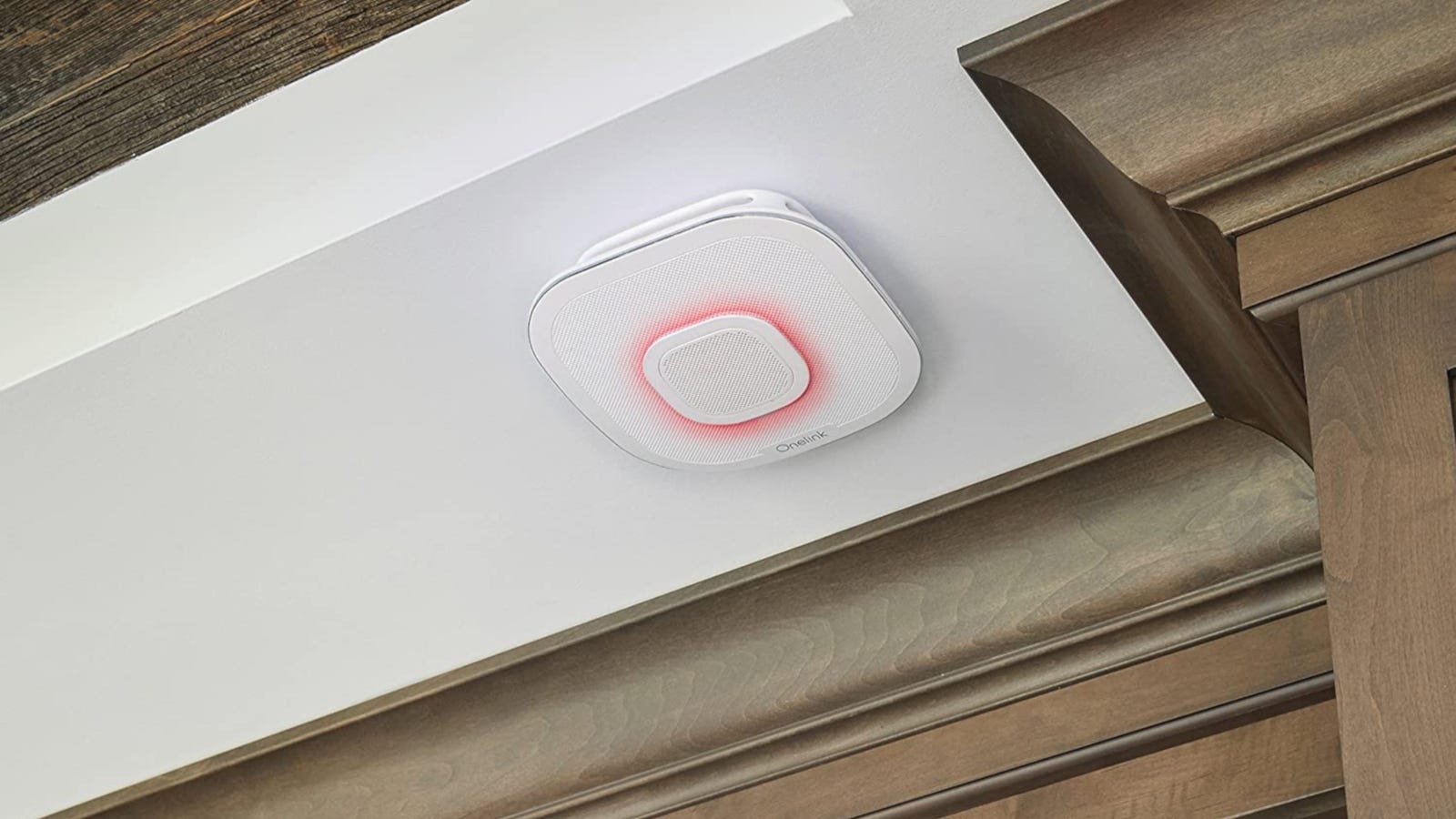 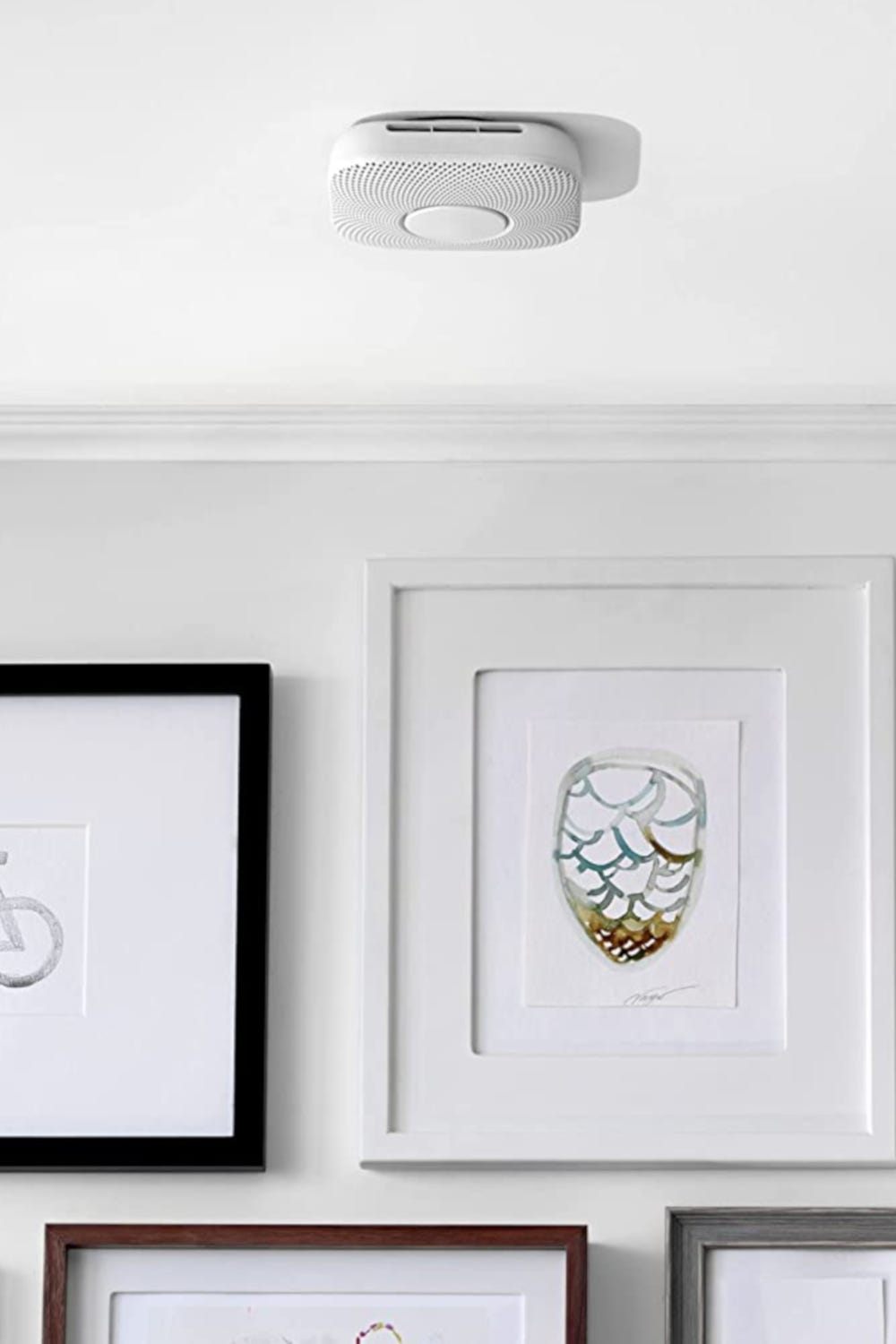