Wasps are dangerous and aggressive insects. They fly solo but also attack in packs. Wasps have a long stinger to attack and, unlike bees, they don’t die after stinging someone, and can go through a lifetime hurting numerous people. That’s why if you ever come into contact with a wasp or even a wasp nest, you must act quickly and eliminate them immediately. An aerosol spray is your best tool when fighting off these nasty insects, so here are some of the best sprays that will keep wasps and other insects from ruining your time outside.

Here are some things to consider:

Now, let’s take a closer look at the best sprays to kill wasps.

One of the most versatile sprays in this article is made from the trusty folks at Black Flag. This aerosol spray delivers a blanketing foam to kill wasps, hornets, and yellow jackets by contact. You can also use it to control carpenter ants, harvester ants, mud daubers, scorpions, spiders, and tent caterpillars. The foaming jet spray shoots a powerful stream up to 20 feet for a fast knockdown and so that you can treat nests above ground from a distance.

This foaming aerosol spray will kill most insects on contact.

Best Bang for Your Buck: Ortho Hornet and Wasp Killer

If you’re looking for a budget-friendly option, we recommend this Ortho hornet and wasp killer. This jet spray reaches nests up to 20 feet above ground, allowing you to stand a safe distance from the nest. It also kills other insects listed on the label such as mud daubers and yellow jackets. When applied to the nests found around doorways, carports, and window frames, this spray will even kill insects returning to the nest.

This affordable wasp spray is great for indoor and outdoor use.

This environmentally safe aerosol spray is from EcoSmart and comes from a company that is the world’s leading producer of organic pesticides. EcoSmart’s products are made from patented blends of essential oils that work fast. This patented technology is based on natural defenses that plants and trees use to protect themselves from insects and disease. It kills other insects besides wasps and hornets, and it’s safe to use around children and pets.

If you live in an area where there’s an abundance of wildlife and are constantly bombarded by wasps and other insects, then you might want to consider this pack of 12 from Spectracide. It kills numerous types of insects, including scorpions and ants, and offers a jet spray from up to 27 feet away, an impressively safe distance to attack nests from.

This bundle pack is an awesome buy if you are constantly fighting off insects in and around your house.

Another top-quality spray to weed off wasps is this one from Raid. This pack of three means immediate death to insects on impact. It kills the entire nest, and its residual action kills new wasps and hornets returning to the nest. It sprays up to 22 feet to keep you at a safe distance.

This wasp spray kills nests from a long distance and will immediately kill any returning insects.

READ NEXT
Omid Khanzadeh Omid is a freelance writer for LifeSavvy. He studied psychology and creative writing at Virginia Commonwealth University, and his work has been featured in publications such as Allied Forces Press and various STEM textbooks. He enjoys playing soccer and watching old kung-fu movies. Read Full Bio »
Recently Popular
LifeSavvy is focused on a single goal: helping you make the most informed purchases possible. Want to know more? 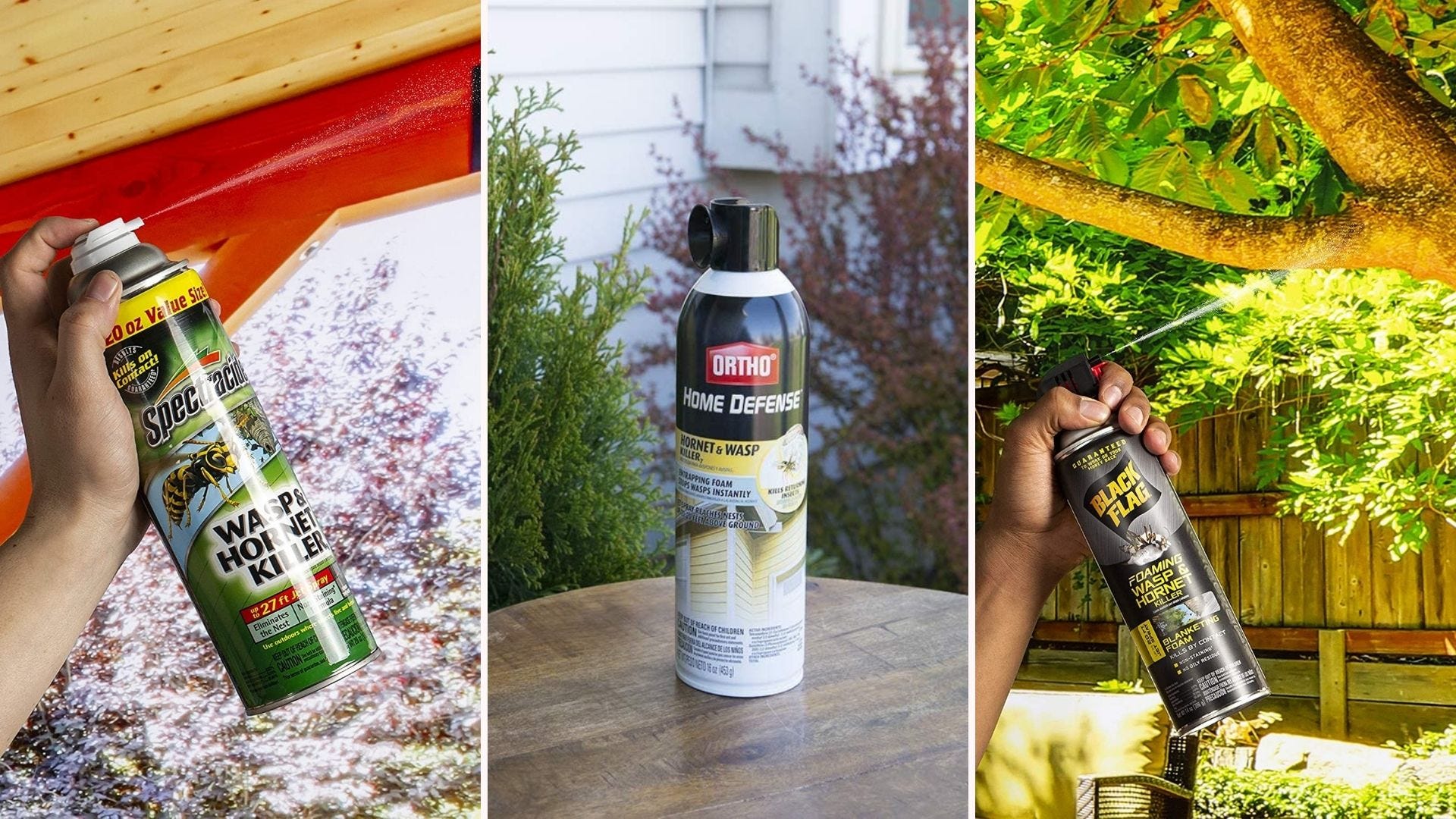 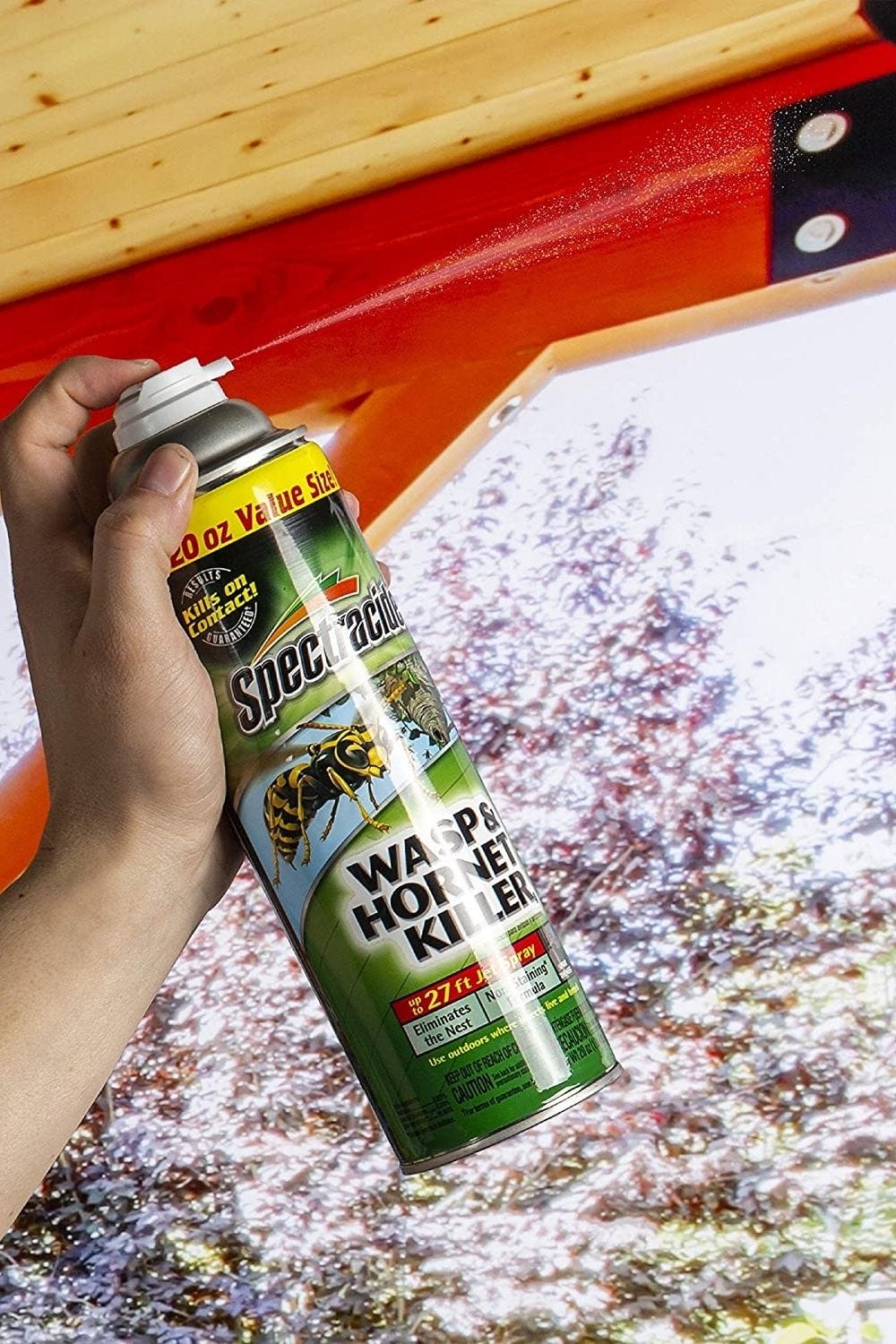