Dinosaurs dominated the land, sky, and sea thousands of years ago, stomping with every step and roaring in the face of their enemies. For these reasons alone, they’re a kid’s favorite animal growing up, even if they can only discover their might in a 7-inch plastic mold. If you’re in the market for one, two, or even a few new toys for the prehistoric-loving kid in your life, then here are some dinosaur figurines we think you should check out.

What to Look for in Your Next Dino Toy 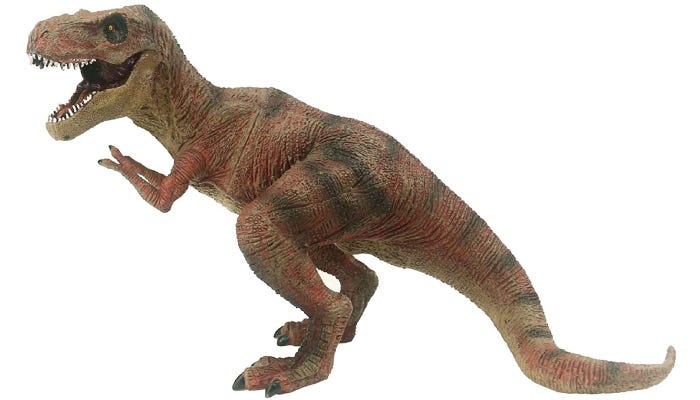 Available in two colors (red and green), this single Tyrannosaurus rex figurine is a hand-painted and highly detailed option for kids who enjoy their fun with a prehistoric chomp. Not only does this dino look solid, but it is solid, situated in a constant state of a monstrous roar across its 12-inch frame. It’s crafted from 100% nontoxic plastic materials that have a realistic scaled texture, in addition to being built to last the heat, the rain, and a fair share of drops.

This single Tyrannosaurus rex figurine features an authentic scaled feel and hand-painted detail across its body. 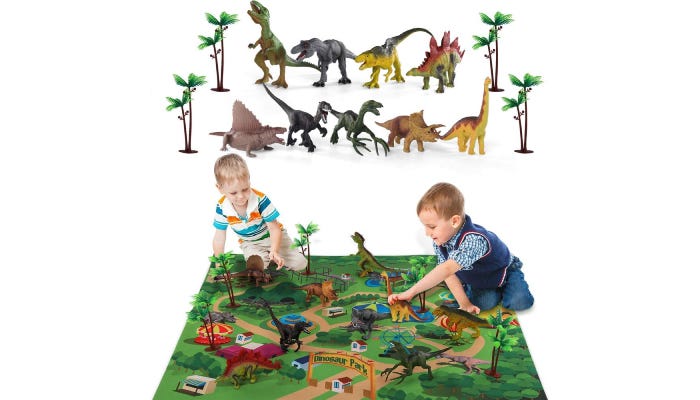 This huge bundle from TEMI Store offers kids not one but nine different dinosaur toys to play with, and then some. This is an ideal option for kids who can’t get enough of the prehistoric beasts. Included in the batch are small-scale but lovingly crafted versions of everything from the Tyrannosaurus rex, to the Giganotosaurus, to the Velociraptor, and so on. In addition to an exciting lineup of dinosaurs, this bundle also features a Dino Activity Mat for kids to explore and stage their battles. All of this is packaged in a sturdy carrying case that makes cleanup and transportation effortless.

Included here are nine unique dinosaurs and a colorful fabric mat for kids to stage their favorite battles. 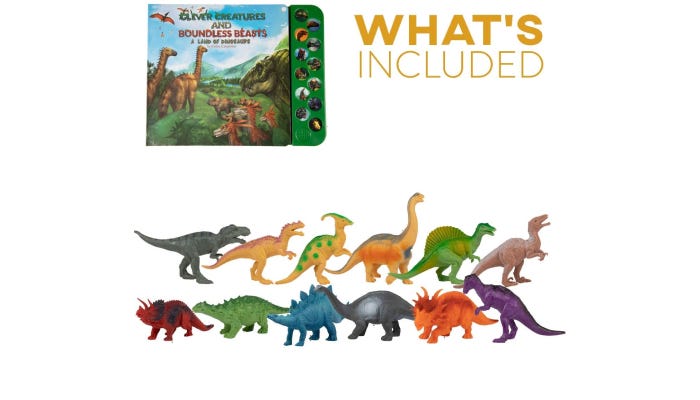 Some toy dinosaurs can do a great job providing kids with a fine appreciation of animal history, but this Li’l-Gen Dinosaur Toys with Dinosaur Sound Book brings a worthwhile reading experience into the mix. You’re getting a great value here with 12 different dinosaur figures and the Clever Creatures and Boundless Beasts sound book, a short, narrated history lesson about the Jurassic and Cretaceous time periods and the towering wonders which stomped through them. The book also features a soundbar in which users can press on the image of a dinosaur and hear their booming roar.

This bundle features a surplus of toys and short, narrated book to mesh playtime with learning time. 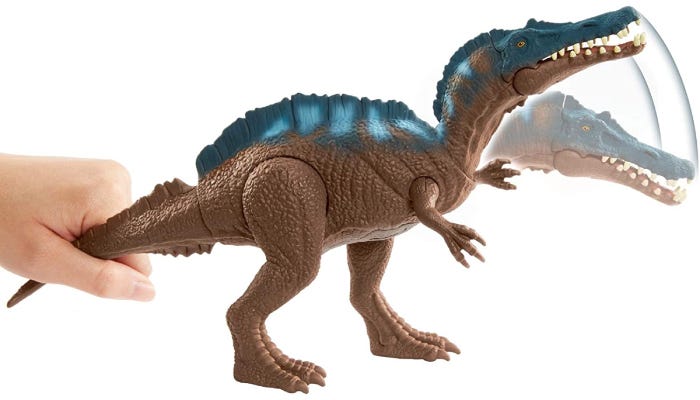 For kiddos who love their dinosaurs with a bit of Hollywood flair to their name, this Irritator Sound Strike Action Figure brings a slice of Jurassic World into their playroom. Unlike other toys, this titan of a bygone era isn’t stationary but opposable throughout. It features fluid movement in its jaws, neck, arms, legs, and tail and can deliver a pretty sweet attack motion, clawing its way to the top of your child’s favorite toys. Other standout aspects include the toy’s textured surface, its authentic color pattern, and its clear dinosaur screech. 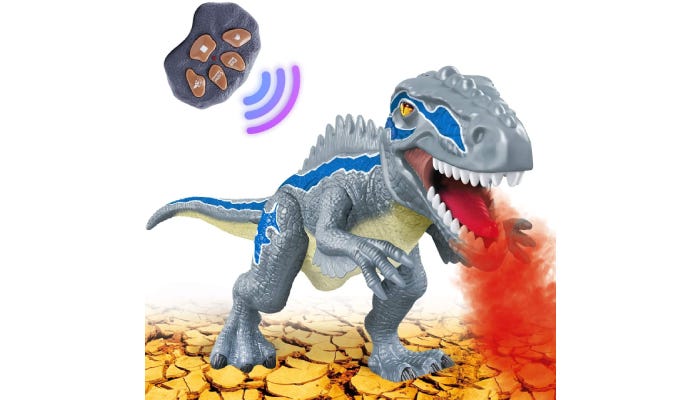 A battery-operated and mobile treat, this GOTDAYJOY Electronic Dinosaur Toy proudly embraces a few updates in the toy market to deliver a chomping, stomping, and adorably vicious entrance. This large remote-controlled dino is both educational and exciting, providing a child with a look into dinosaur habits and culture, as well as an early experience with minor technology. Its control panel doesn’t overcomplicate itself either. Just push a button and watch the beast move, halt, or release a fiery spray from his trap. This toy also features seven different LED lighting modes behind its eyes and inside of its jaws. 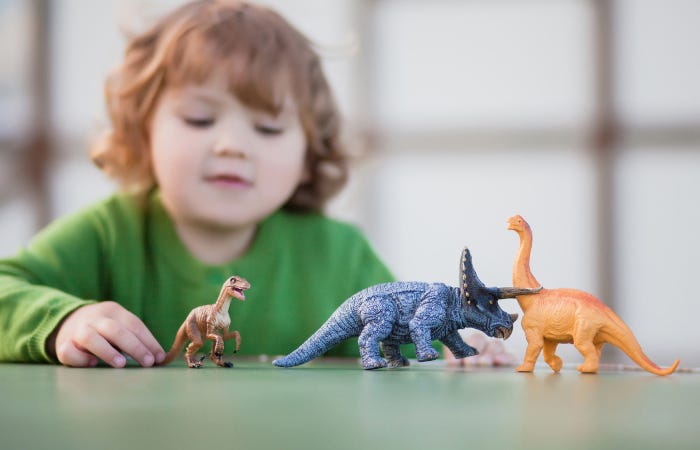