Virtual reality technology is still in its infancy, but it has generated a lot of buzz from gamers. It offers a unique, immersive experience that's nearly impossible to imagine until you've given it a try.

From being transported into virtual worlds for unique gameplay experiences to sitting back and enjoying your favorite movies or events in stunning VR, there’s a lot to do when you have a high-quality VR headset. However, finding the right VR option for you and your tech isn’t always easy. We made this guide to showcase some of the best options on the market to help you find the best VR headset for next-level gaming.

Why buy a VR headset?

If you want a truly immersive gaming experience with the most high-quality graphics available, then you’ll almost certainly find a VR headset to be worth purchasing. Headsets are more powerful, easier to use, and offer better audio and visuals than ever before. More and more gaming systems and games are available to play with a VR headset. They’re compatible with smartphones, PCs, laptops, gaming systems like PlayStation and Xbox, and even Nintendo Switches. And VR headsets aren’t just for video games, either. You can watch movies and videos on them as well. You won’t just feel like you’re passively watching a movie or playing a game when you’re wearing a VR headset. You’ll feel like you’re right in the world itself since they block out all visuals except for the screen. And if you opt for a wireless VR headset, you can even get up and move around while you’re playing.

What should I look for in a VR headset?

Consider these factors before deciding which VR headset is right for you:

Will all VR headsets work on every type of gaming device?

No. There are some that are compatible with several different platforms and brands, but most are going to be specific to a certain system or device. Many models for Nintendo Switch or for smartphones, for instance, require that you insert your device into the headset itself. Obviously, this isn’t going to work for a video game system or a PC. Always check a VR headset’s listing and what systems it’s compatible with before buying to ensure that it will work on the device that you want to use it with. And even if a VR headset is theoretically compatible with, say, PlayStation, be sure that it’s compatible with your specific model. Just because a headset is designed for PlayStation doesn’t mean that it will work with a PS3 or PS4, for example. Even if it’s a smartphone VR, it might only be compatible with Android or iPhone instead of both. You don’t want to buy a VR headset that won’t work on your device, so double- and triple-check that it’s compatible before you buy.

Our Picks for Best VR Headsets

A VR headset and controllers complete with two PlayStation games, a charging dock, and other bonus accessories.

Pros: You receive much more than just a VR headset with your purchase. It includes every type of accessory you might need for your VR experience. And unlike some VR headsets and bundles, it comes with more than one controller, so you can play with a friend!

Cons: This VR headset is only compatible with PlayStation and no other gaming system. Not only is it PlayStation exclusive, but the complete bundle is only compatible with the more modern versions of the system, PS4 or PS5. If you own an older model, you’re out of luck. And as useful and extensive as the entire bundle is, it’s rather expensive, even by VR headset standards.

Bottom Line: If you own a PS4 or PS5 and don’t mind spending some extra money, this is a sweet VR headset and bundle. If you’re on a more limited budget or you don’t own a PlayStation, this isn’t the one for you.

This VR headset is compatible with most VR-ready smartphones and is comfortable to wear thanks to its adjustable head strap.

Pros: The good news is that this VR headset is compatible with almost all types of smartphones that have a gyro sensor. This includes both iPhone and Android, so you won’t be left out for owning the wrong brand of smartphone. The headset itself is designed not to weigh you down or put strain on your head and neck during use since it’s lightweight and comfortable to wear.

Cons: Since your smartphone fits right inside the headset rather than being connected to it via Bluetooth or a USB cable, there are size restrictions. Your smartphone must be somewhere between 4 and 6.3 inches long in order to properly fit inside this VR headset. And if you like to use controllers for VR play, you probably won’t enjoy this model since it doesn’t come with or use controllers.

Bottom Line: If you want a VR headset for your smartphone, look no further. As long as your iPhone or Android is VR-ready, the odds are good that it will be a perfect fit for this lightweight headset. If you want to play video games in VR on a gaming system or PC, though, you’ll want to opt for a different model.

This VR headset features a flip-up design to quickly exit VR and is capable of some amazing graphics for total immersion into VR worlds.

Pros: There’s a lot to love about this VR headset for computers and laptops. It comes with not one but two controllers as well as several other useful accessories. The pixel resolution is extremely high quality for crystal-clear, lifelike viewing and playing, with great sound to match. The flip-up visor allows you to quickly jump between VR and real life without losing your place in your game or video.

Cons: As great as this VR headset is, it’s very pricey, even by usual VR standards. It’s also heavier than most, so you might find that it weighs you down or makes you feel uncomfortable after extended use. And since it requires a Bluetooth connection to connect to your personal computer or laptop, it’s not going to be compatible with older computers.

Bottom Line: For serious gamers and those who own a modern, Bluetooth-compatible laptop, computer, or PC and don’t mind dropping extra cash, this is an ideal, high-quality VR headset. However, the budget-conscious or those who own older computers will want to look elsewhere.

This VR headset is comfortable to wear, features nice adjustability, and is surprisingly durable given its budget-friendly price.

Pros: Since VR is such a new form of technology, and a luxury one at that, it tends to be quite expensive. This VR headset, however, is much more affordable and budget-friendly than most. And even though it’s inexpensive, this headset still has several useful features. It’s lightweight and designed to be comfortable for those who wear eyeglasses. You can use it to easily access YouTube, and it’s equipped with an anti-overheating system, which is useful for long-term gameplay.

Cons: As with smartphone VR headsets, your Nintendo Switch physically rests right inside the headset, which means that this headset is only compatible with a Nintendo Switch. You won’t be able to sync it or use it with any other type of device. It doesn’t come with any controllers, nor is it compatible with VR wireless controllers during gameplay.

Bottom Line: This is a good VR option for Nintendo Switch users. While it can’t be used with any other devices, those who do own a Nintendo Switch will appreciate its affordability and lightweight feel. Those who enjoy VR wireless controllers will want to opt for a different model, though.

A lightweight VR headset and controller designed specifically to pair with Xbox 360 and Xbox One alike.

Pros: Unlike some other VR headsets that connect to gaming systems, this Xbox-paired model is wireless (although you have the option to connect it via the included USB cable as well). You can walk and move around to your heart’s content while you’re wearing this headset. It’s compatible with Xbox 360, not just the more recent intenerations of Xbox, and the instruction manual comes included for easy setup.

Cons: Since this VR headset was designed with Xbox in mind, it’s not compatible with any other gaming system or device. And while it does come with one controller, you’ll have to buy any extras. This might work just fine for individuals who like one-player games, but if you want to play it with friends or if a game requires two controllers, you’ll have to spend some extra money separately.

Bottom Line: This VR headset was designed with Xbox users in mind, especially those who enjoy one-person games or playing solo. If you have another system or device or you want to experience VR with friends, this is probably not the VR headset for you.

If you’re someone who wants as immersive a game or movie experience as possible, then you’ll love having a VR headset on hand. With better-than-ever technology and graphics, improved controls, and more and more games and videos becoming available to play on VR headsets, the experience is more engrossing and crystal clear than ever before. Get lost in your favorite fictional world via a VR headset. 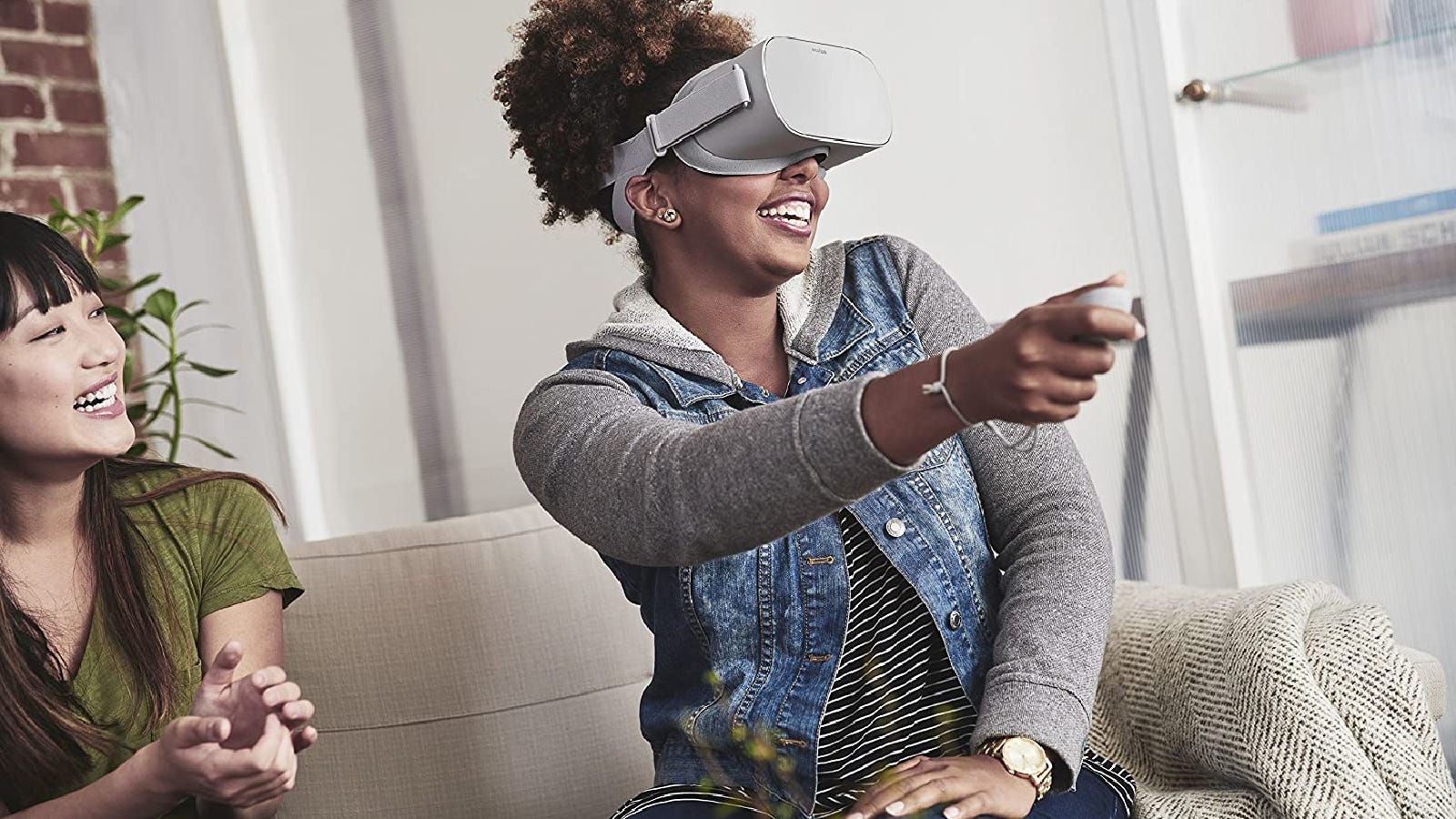 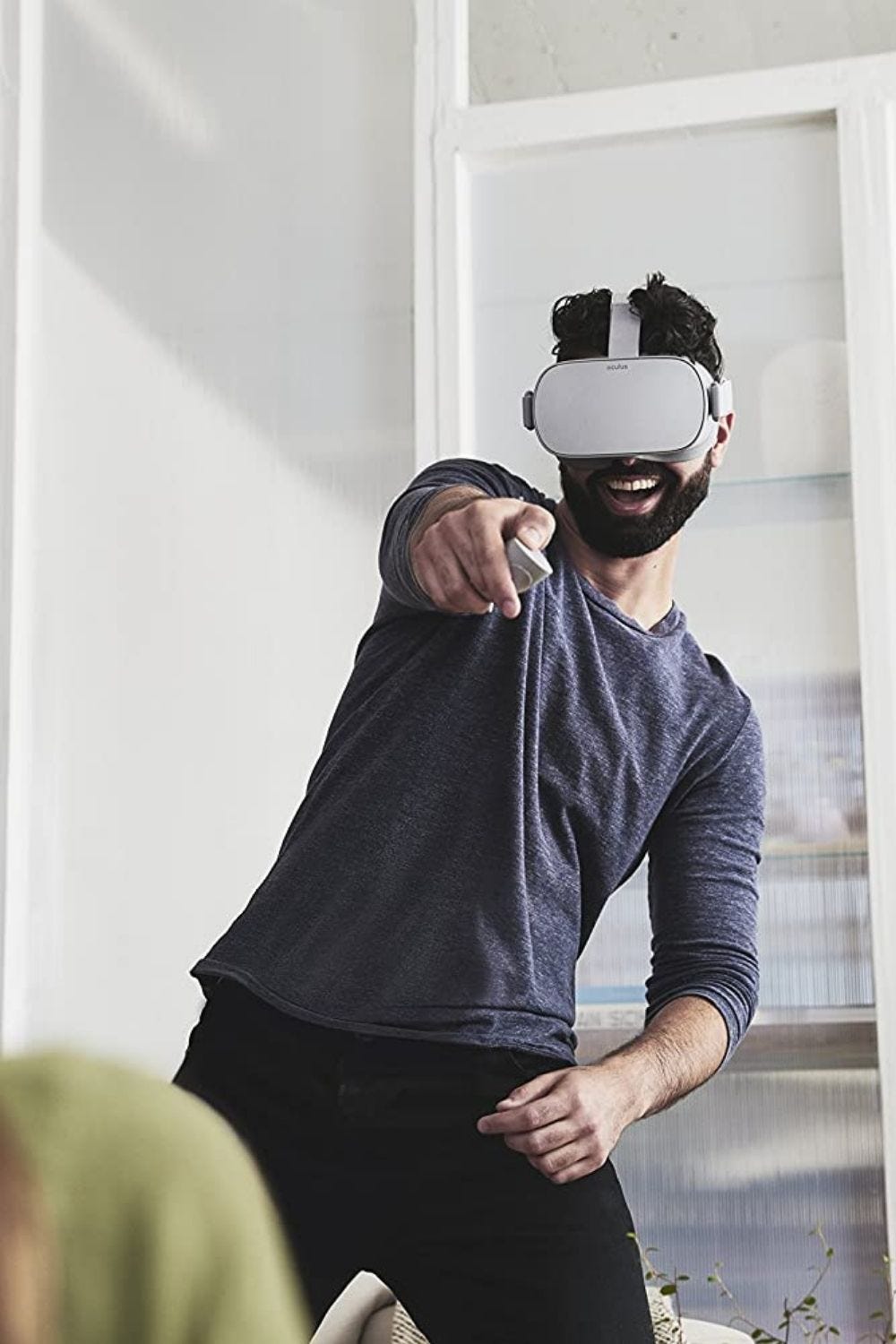