The Best Wii U Controllers

Nick Pappas is a freelance writer for LifeSavvy from South Bend, IN. He earned his bachelor's degree in English and has written content and short stories for ABC57 News and Kansas City Voices. Away from the computer, you can find Nick traveling and filmmaking, though his interests are constantly changing! Read more...

Are old, broken Wii U controllers ruining the gameplay experience of your favorite titles? Check out these next-level controllers to keep the fun going and breathe new life into your favorite Nintendo console.

The Best Wii U Controllers

The Wii U is a Nintendo video game console that provides fun and entertainment for the entire family. To make the experience more immersive, consider investing in some brand-new Wii U controllers. The newer models now offer better precision and accuracy, which will make your family game nights a lot more exciting and competitive!

Buying Guide for Wii U Controllers

Why buy Wii U controllers?

RELATEDPS4 vs Xbox One vs Wii U: Which One is Right For You?

The Wii U comes with a nifty gamepad, so many ask why one would need additional controllers. Of course, the answer is simple: Wii U controllers provide a more convenient and fun way to play most games and allow you to play multiplayer games with your friends. Some specialized controllers, such as steering wheel models, can even change the way you play. As such, buying Wii U controllers is an affordable way to increase the fun and enjoyment you feel while gaming on your Wii U.

What should you look for in Wii U Controllers?

Will you still need a Wii U gamepad if you buy new controllers?

The Wii U gamepad (which looks like a large mobile gaming console complete with face buttons, joysticks, and a large screen) is necessary for quite a few things you will need to do as a Wii U owner, such as navigating menus and playing many games. As such, it can’t be said that Wii controllers or the Wii U controllers featured below can completely replace the functionality of a Wii U gamepad.

Our Picks for the Best Wii U Controllers

This standard nunchuck controller is easy to use and reliable right out of the box.

Pros: If you’re looking for a quality alternative to Nintendo’s classic nunchuck controller, this controller’s responsive buttons and surprisingly solid build quality are well worth the price. It also comes in a nice variety of colors and is incredibly simple to sync to your console. To sweeten the deal, it’s competitively priced compared to other deals on single Wii U controllers.

Cons: Some reviewers noted that this controller might be slightly smaller than Nintendo’s nunchuck offering. Also, the plastic portions feel a little bit cheaper than its first-party doppelganger.

Bottom Line: It’ll be hard to find a third-party nunchuck controller for your Wii U that is as reliable or well-made as this one. It’s also worth noting that the Yudeg controller comes in five colors, making it an excellent choice for those seeking a pop of color to stand out from their monochromatic Wii U gear.

This controller stands out for its ergonomic design and intuitive button layout.

Pros: This wireless Wii U controller features a classic design with a more traditional button layout. It’s the perfect option for gamers who favor a more straightforward experience. The controller feels incredibly comfortable in your hands, allowing you to have plenty of fun during those marathon gaming sessions.

Cons: Unfortunately, this Wii U controller doesn’t have the most impressive battery life of the bunch. As such, you’ll probably want to charge it up after every few gaming sessions or use rechargeable AA batteries to save some cash.

Bottom Line: Let’s face it, some Wii U games are nearly impossible to play without an ergonomic controller that sports a fairly conventional button layout. This controller comes in handy for such occasions—however, don’t expect its battery to outlast an all-night Smash Bros tournament.

Play your favorite racing and driving games on the Wii U!

Pros: This is the perfect controller for racing games on Wii U because it creates a realistic driving simulation. It features a three-axis motion sensor to promote better precision and accuracy and reduce fatigue in your hands and wrists. The design and technology are incredibly innovative in terms of how you maneuver the controls, yet this two-pack’s price can’t be beat.

Cons: The only bad thing about this product is it makes it hard to use to navigate menus before you actually start the race. Games that allow you to use the arrow buttons work fine, but point-and-click mechanics are difficult when using this controller.

Bottom Line: If you’re looking for an affordable way to take Mario Kart sessions on your Wii U to the next level, these budget-friendly steering wheel controllers are worth every penny and then some. They also come in a variety of bright colors.

Durable and ergonomic Wii U controllers that are perfect for avid gamers.

Pros: In terms of multi-functional and wireless capabilities, this controller has it all. It comes with MotionPlus Technology and nunchucks, allowing you to play a wide range of Wii U games, including Wii Sports, Sonic the Hedgehog, Super Smash Bros, and many more. They also feature several color options to choose from and a simplified syncing process that only requires the press of a button.

Cons: The MotionPlus employed by these controllers probably isn’t up to OEM standards. Some reviewers noted slow and deliberate movements registering fine, while faster and more chaotic movements were unable to be detected.

Bottom Line: Unfortunately, without a MotionPlus-enabled Wii U controller, you simply won’t be able to enjoy the console’s complete catalog. These controllers help you bridge the gap for a fair price, even if they’re not the best for registering extremely quick movements.

These colorful, fun Wii U controllers are as reliable and responsive as can be.

Pros: These Wii U nunchuck controllers offer some fun color combinations, including black and sky blue, sky blue and pink, and red and royal blue. In terms of gameplay, they outperform most other third-party controllers, as evidenced by their high user ratings. They also offer pretty good battery life, even if rechargeable batteries are usually the way to go for most gamers.

Cons: Although the buttons on this controller feel sturdy, its wrist strap isn’t exactly ideal. A couple of reviewers mentioned it snapping, so exercise some caution during frenetic gaming sessions on your Wii U.

Bottom Line: While these aren’t the cheapest nunchuck controllers for the console, they don’t disappoint in terms of color offerings or button response. They may not be ideal for children, however, due to the flimsy wrist straps.

Finding quality controllers at this stage in the Wii U’s lifecycle can be difficult, as many products on the market seek nothing more than to bring in a quick buck. For this reason, be sure to do your research in order to end up with controllers that suit your gaming style.

READ NEXT
Nick Pappas Nick Pappas is a freelance writer for LifeSavvy from South Bend, IN. He earned his bachelor's degree in English and has written content and short stories for ABC57 News and Kansas City Voices. Away from the computer, you can find Nick traveling and filmmaking, though his interests are constantly changing! Read Full Bio »
Recently Popular
LifeSavvy is focused on a single goal: helping you make the most informed purchases possible. Want to know more? 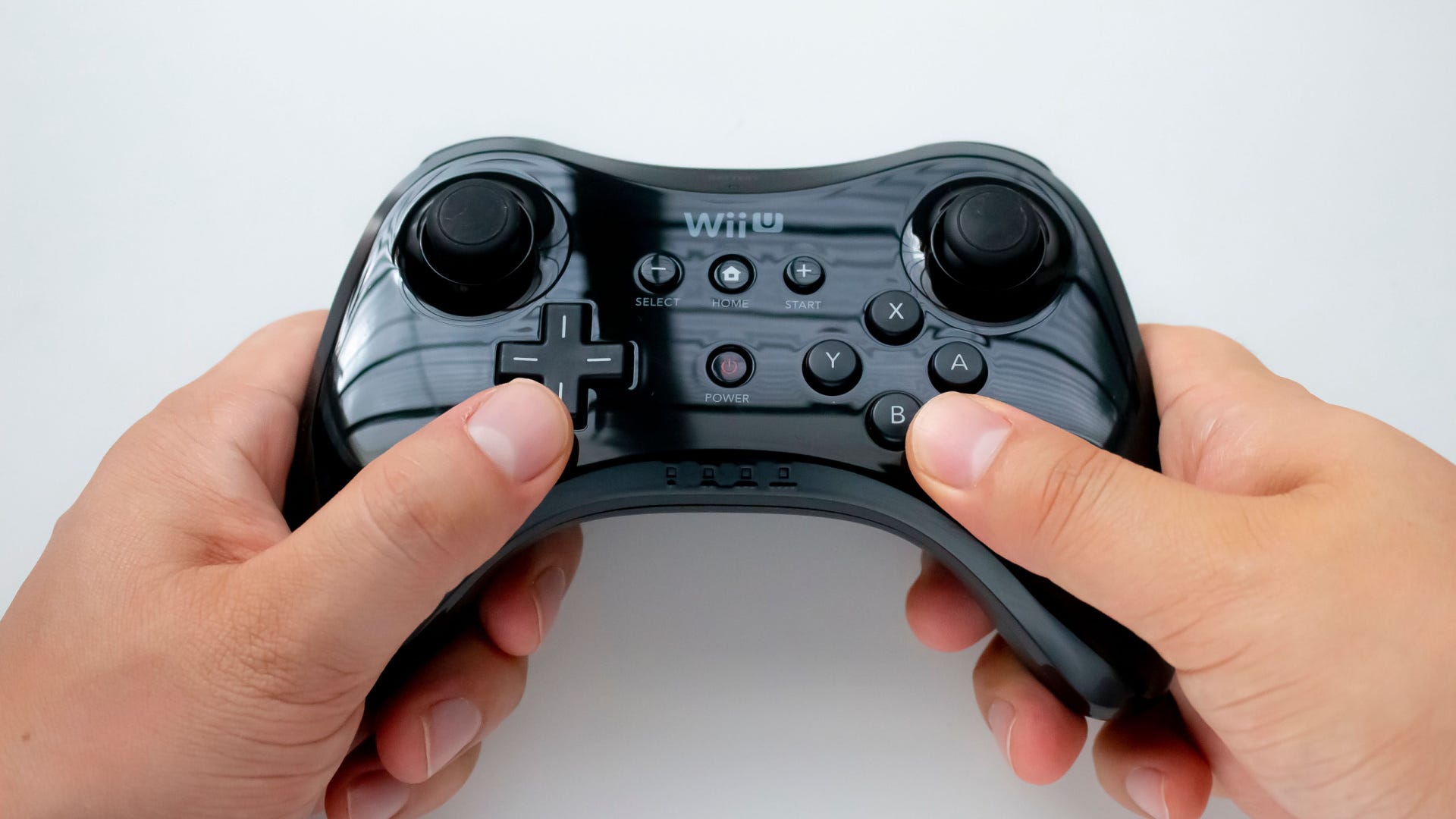 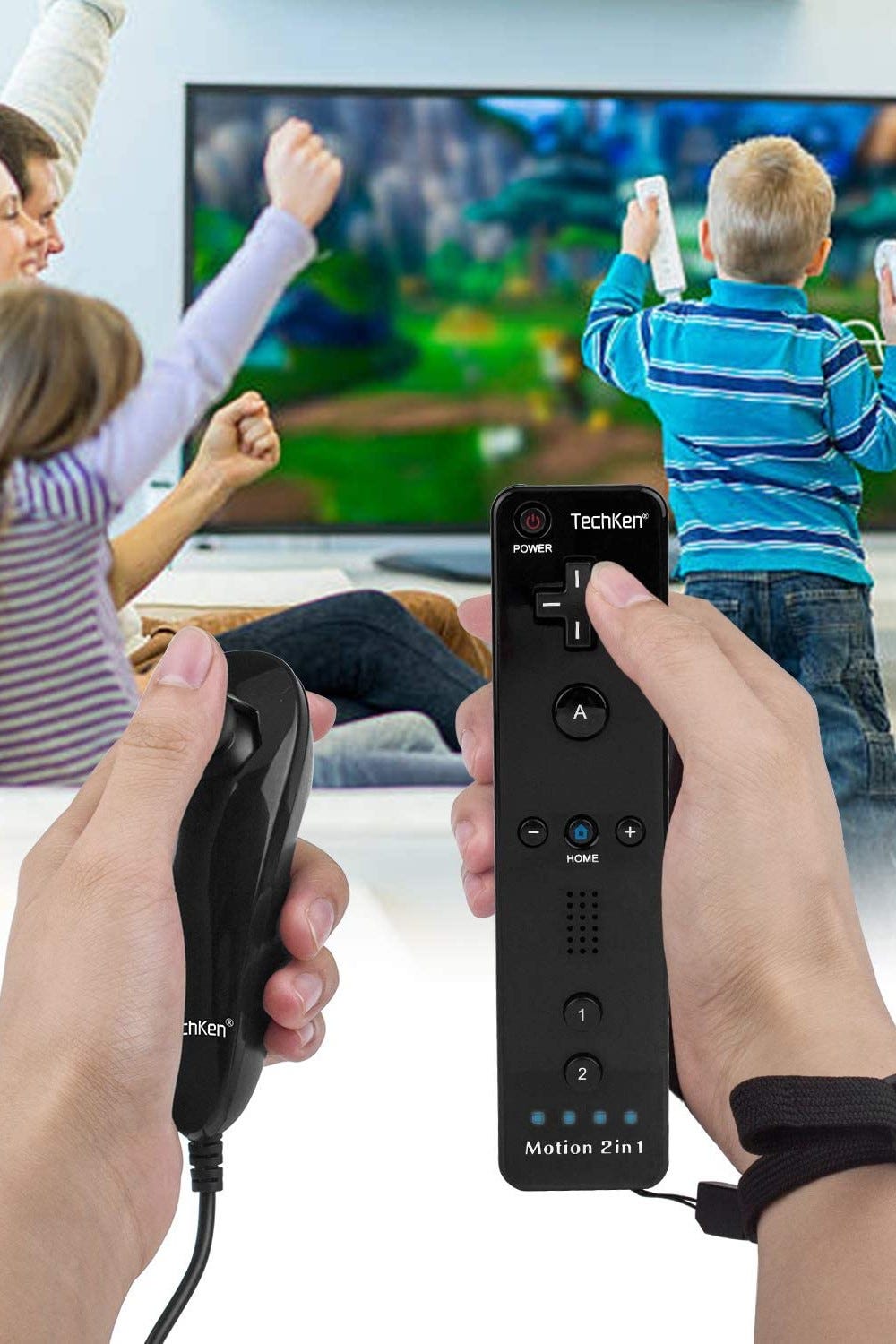