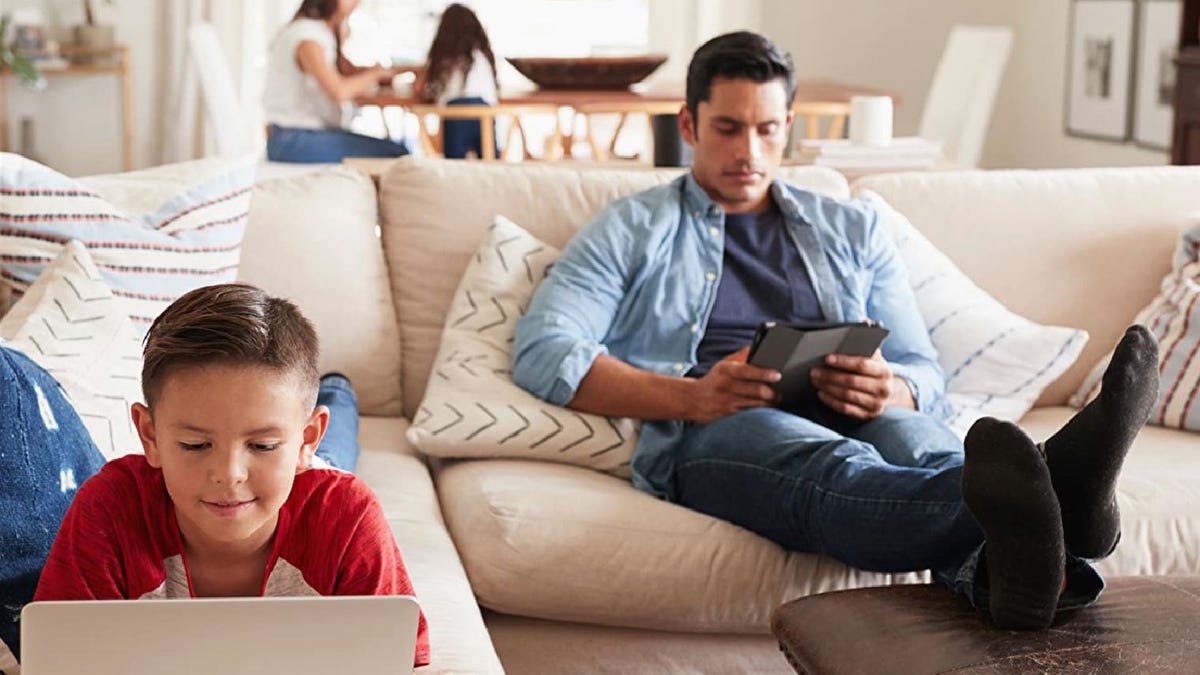 Wireless gateways, also known as modem-router combos, are extremely handy devices designed to kill two birds with one stone. Modems are your home’s direct access to the Internet, while routers are responsible for the Wi-Fi system that your devices use. A complete cable internet connection usually requires both to work properly. As a result, modems and routers are often paired together to form a home network. Instead of buying, hooking up, and combining two separate devices, a wireless gateway merges the two devices into one. This is not only more convenient but will save you time, money, and space. If you’re looking for a new way to connect your home to the Internet, here are some great options.

What to Look for in a Wireless Gateway 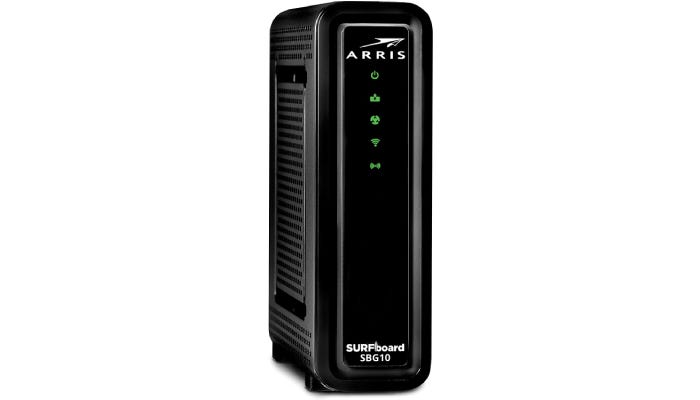 You’re sure to get great value out of this gateway from ARRIS. The DOCSIS 3.0 modem provides you with a 686 mbps transfer rate, plus 16 downstream channels and four upstream channels. It is best for cable plans up to 400 Mbps. Its AC1600 Wi-Fi router offers 1,600 mbps of speed and dual-band frequencies. This gateway also has two Ethernet ports for extra wired connections to devices like gaming systems and television sets. It’s compatible with most major U.S. cable providers, including Spectrum, Cox, and Xfinity. The slim, compact shape won’t take up extraneous space on shelves, easily tucked away into nooks, crannys, and corners. Setup is a fast, simple process that will have you and your family browsing the web in no time.

This gateway provides great value for its fast Wi-Fi speeds and transfer rates. 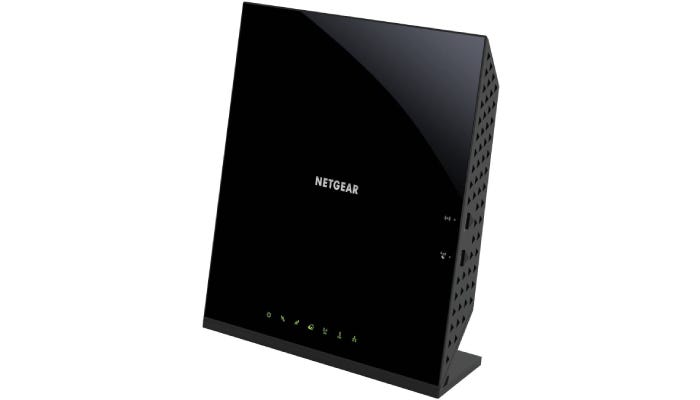 The C6250 gateway from Netgear will give you the quality Internet connection you’re looking for in your home. This gateway’s Wi-Fi connection can cover 1,500 square feet, support up to 25 outside devices, and provides 1,600 mbps of Wi-Fi speed. This model is also available with three other download and Wi-Fi speeds so you can better select whichever is best for your personal needs. When you’re wirelessly connecting multiple devices to the network, the gateway is capable of selecting between its two bands, efficiently optimizing your Wi-Fi speeds and keeping interference at a minimum. This makes it an optimal choice for larger households. Additionally, the DOCSIS 3.0 modem provides 16×4 channel bonding. It’ll support your cable plan with speeds up to 300 mbps and has a download speed of 680 mbps. On the device itself, it offers two 10/100/1000 LAN Ethernet ports plus a USB for any additional wired connection. You can also enjoy secure Wi-Fi with its WEP, WPA, WPA 2, and parental controls. It’s compatible with all major U.S. cable internet providers. 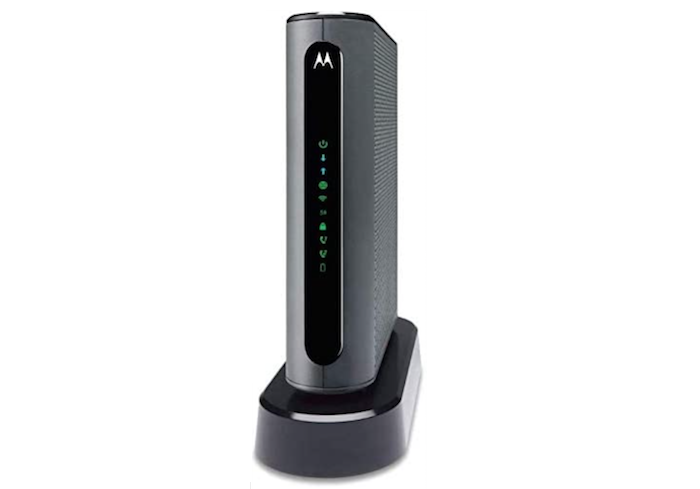 Finding a wireless gateway with voice as well as internet service is becoming harder to find in modern times. If you’re in the market for a gateway that works with your phone and you use Comcast Xfinity as your cable and internet service provider, this is the model for you. The 24X8 DOCSIS 3.0 cable modem comes included with two Xfinity voice-compatible phone ports as well as an AC1900 Dual-Band (2.4GHz and 5GHz) Gigabit Router and four 10/100/1000 Gigabit Ethernet ports that offer wired connections to both Windows and Mac devices. (Note that this gateway requires Comcast Xfinity or Xfinity X1 service; it won’t work with any other internet service provider.) It’ll connect with all sorts of Wi-Fi compatible devices, from notebooks, tablets, smartphones, and more. And as an added bonus, this gateway is also equipped with a Broadcom cable modem chipset to provide extra security. Compatible with Comcast for Xfinity internet service speeds of up to 600 mbps. Besides the console itself, you’ll receive a phone cord, power adapter, Ethernet cable, coax cable, and a small wrench with your purchase. 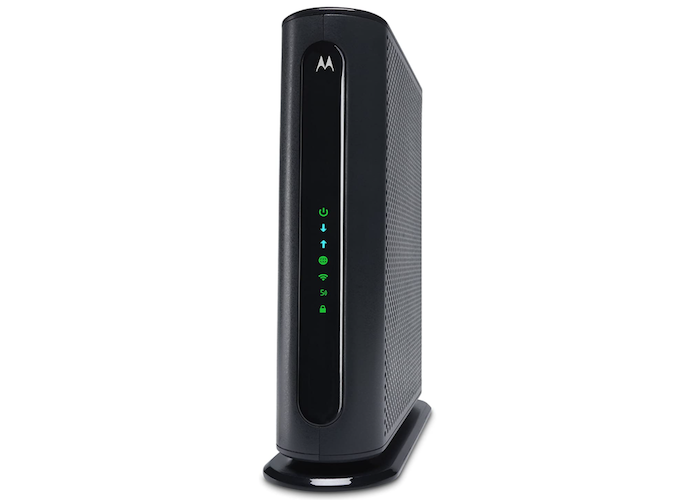 If you live in a tightly packed apartment complex or a home with minimal space between your and your neighbors’ yards, you may find that their Wi-Fi signal overlaps or interferes with yours at times. If this extremely irritating problem is a recurring one, or you’re just looking for a safer, more secure internet connection in general, consider this wireless gateway. Unlike many other models, this device’s router works on Wi-Fi DFS frequencies, which is far less vulnerable to interference from other nearby routers. It also comes equipped with a firewall, a Broadcom cable modem chipset that offers protection from Denial of Service attacks, and tough, rugged lightning and power surge circuits, to combine for an extremely secure and safe connection. The DOCSIS 3.0 cable modem also provides a built-in AC1600 Dual Band (2.4 GHz and 5 GHz) WiFi Gigabit Router, four Gigabit Ethernet ports, 16 downstream channels, and four upstream channels. Recommended for cable internet service speeds of up to 375 mbps. The high-speed Wi-Fi router provides internet with a whole range of external devices, from notebooks and tablets to game stations and smartphones to HDTVs and Rokus and much more. The Ethernet ports are compatible with both Windows and Mac computers, and the wireless gateway as a whole will work with Comcast Xfinity, Cox, Spectrum, and most other cable internet service providers. If you’re after slightly different internet speeds, there are two other alternate models available.

A highly protective and secure wireless gateway that will let your browse the internet with less interference from outside routers. 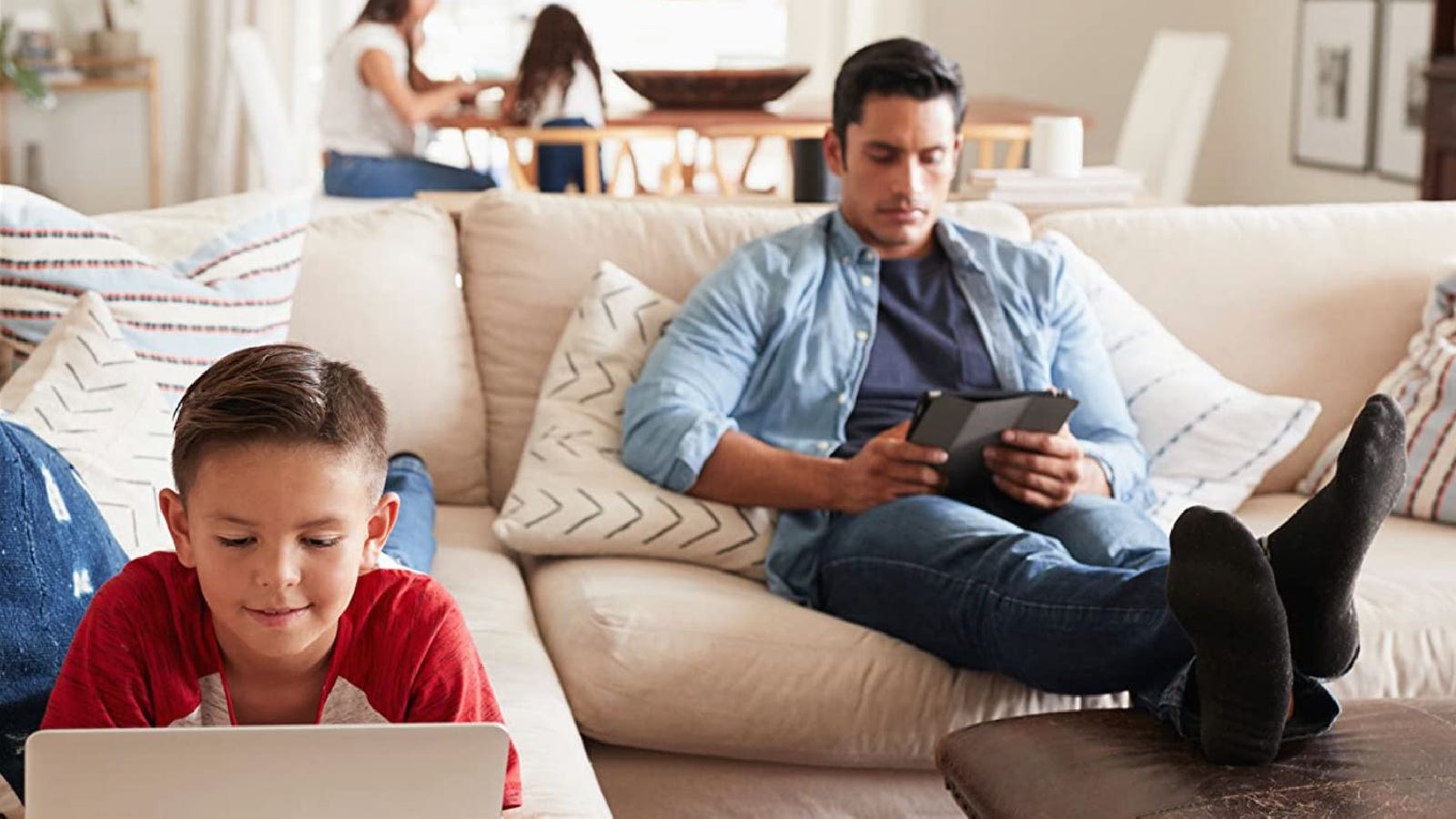