If you’re looking to upgrade your home entertainment system and are tired of seeing all those wires coming out of your TV, there are wireless HDMI transmitters that will help you cut the cord… literally.

What to Look for Before You Buy

When buying a wireless HDMI setup, you’re going to want to take into consideration where you’re planning on using it and what you’re using it for. Latency and range are two of the biggest limiting factors depending on your intended use. If you’re planning on gaming through wireless HDMI, then latency will be your biggest concern. If you’re trying to broadcast a signal around your house then the range will start to matter more.

If you need to use one HDMI device in multiple rooms and don’t want wires stretching all around your house, then you should check out the Nyrius Aries Home NAVS500. It can broadcast lossless 1080p video up to 100 feet away, including through walls and ceilings.

The Nyrius NAVS500 is operated by an IR transmitter that can be used from other rooms, just be aware the remote has a decent amount of input delay. The HDMI signal itself only has a few milliseconds of input lag, it won’t be perfect for highly technical games, but it won’t affect regular TV watching or casual gaming. This wireless HDMI kit is a great way to help declutter your media center.

The Nyrius Aries NAVS500 is an affordable Wireless HDMI product that can send lossless 1080p video through walls and ceilings up to 100 feet away.

If you’re looking for long-distance HDMI transmitting, the J-Tech Digital HDbitT is one of the most powerful devices on the market. It can transmit lossless 1080p video up to 660 feet, through both walls and ceilings. This product also supports two receivers, allowing you to send the signal from your Amazon Fire Stick or AppleTV to multiple rooms entirely wirelessly.

With the extra long-range, however, there comes a bit of a tradeoff with latency. The J-Tech has a latency of 0.3 – 0.5 seconds, which will make most video games and interactive media feel almost unplayable to many people. Watching TV is going to be almost entirely unaffected by an increase in latency though, there will just be a bit of a delay when pausing and unpausing.

The J-Tech Digital HDbitT is one of the most powerful Wireless HDMI products on the market, and it can transmit a lossless 1080p signal up to 660 feet. It can also support up to two receivers, doubling the wireless output capabilities of the product.

If you have multiple TVs that you want to connect to the same wireless HDMI signal, you’re going to need an HDMI transmitter that is compatible with more than one receiver. The Actiontec Wireless HDMI transmitter can be connected to four receivers spread around your house. The signal can be transmitted up to 100 feet away and only has a latency of a few milliseconds.

There are two main drawbacks to this product, however. The receivers don’t have an IR transmitter so, you might have some trouble using your input device’s remote controller while in rooms far away from the source. The other issue is that the only kits available for purchase are the one transmitter and one receiver package. If you want to take advantage of the four receiver limit, you will have to purchase multiple wireless HDMI kits.

The Actiontec Wireless HDMI transmitter can connect with up to 4 receivers, so you can broadcast cable TV or video games to any room in your home within a range of 100 feet

If you’re looking for a wireless HDMI setup for online gaming or screen mirroring, you’re going to want to check out the Nyrius Aries NPCS549. Latency is one of the most important things when it comes to wireless gaming. Luckily, the NPCS549 can transmit a 1080p picture up to 30 feet away with under a millisecond of delay. The Nyrius NPCS549 is a little more expensive than the other options that usually offer longer transmitting ranges and included IR remote controls, but this product is built specifically for as close to zero latency as possible, not for broadcasting your TV throughout the house. It is made for gaming and screen mirroring, while the others are much slower.

The Nyrius Aries NPCS549 can transmit HDMI signal with a 30-foot range, and it can maintain a 1080p picture with less than a millisecond of delay, making it perfect for gaming or screen-mirroring.

READ NEXT
Recently Popular
LifeSavvy is focused on a single goal: helping you make the most informed purchases possible. Want to know more? 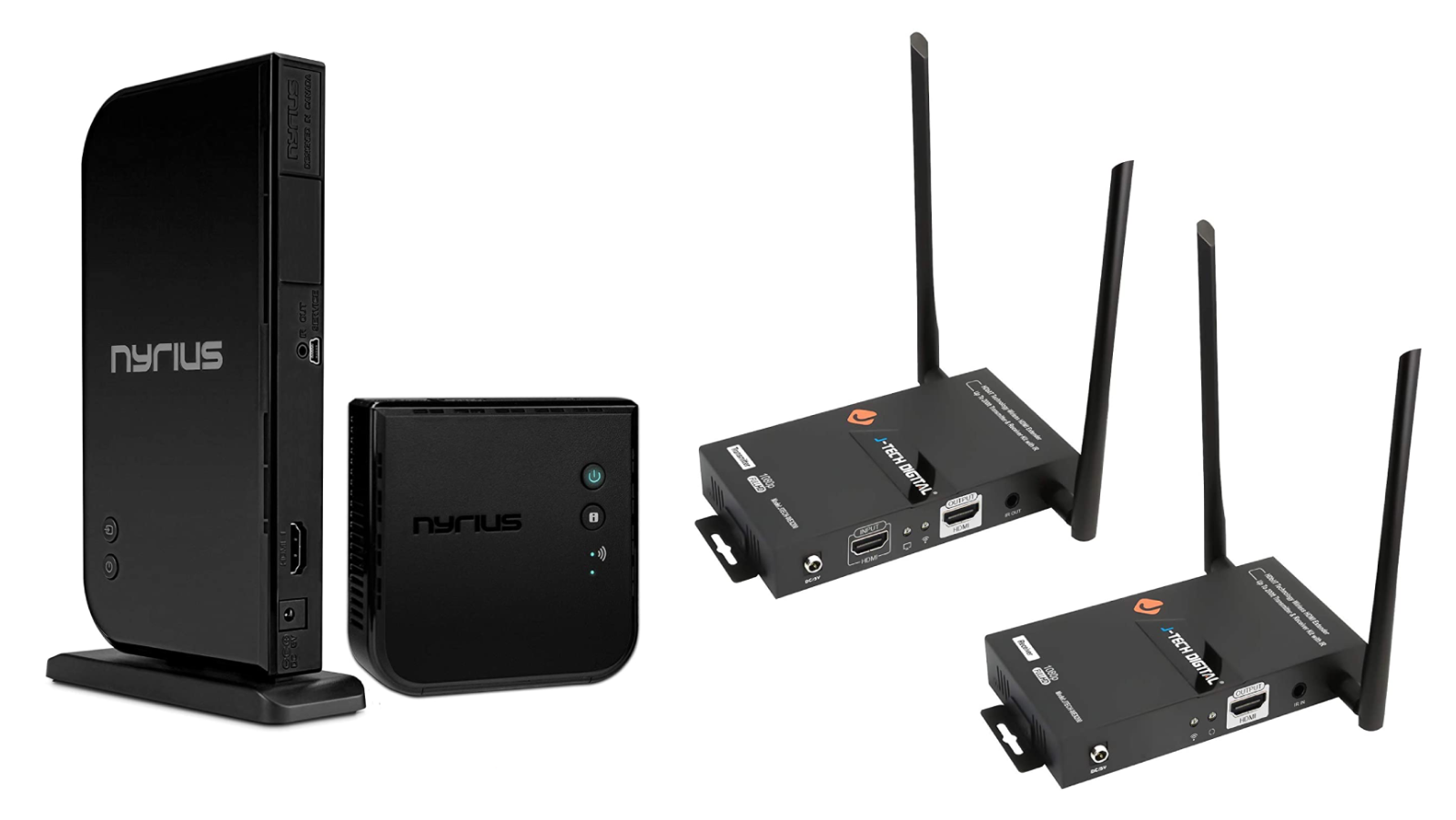