The Best Xbox One Controllers

About LifeSavvy
| ✔ Reviewed By Camryn Lang

Camryn Lang is a freelance writer and copyeditor that has produced a wide variety of content, from breaking news and memorial tributes to web content and fiction novels. While working on her bachelor's degree in English at Texas A&M University, Camryn led writers and editors at the nationally recognized university newspaper, The Battalion. During her free time, she enjoys reading thrillers and fantasy novels and eating desserts. Read more...

A great gaming controller should be so easy to use and comfortable in your hands that you forget your holding one. If you have an Xbox One, check out these controllers to take your gaming sessions to the next level.

The Best Xbox One Controllers

Any Xbox One gamer will tell you that not all Xbox controllers are created equal. When shopping for a new controller, it’s important to invest in a model that offers great button sensitivity, a comfortable build, and a durable design that’s built to last.

Buying Guide for Xbox One Controllers

Why buy a new Xbox One controller?

RELATEDHow to Sanitize Your Xbox Controllers

The main reason people shop for a new controller is that they used their old one until it no longer worked. However, there are plenty of other reasons you may want to upgrade your Xbox controller. For instance, you can find specialty controllers with customizable buttons for an instant competitive edge. Some controllers even feature specialty designs for a retro feel or allow you to integrate add-on accessories for greater accessibility.

What should you look for in an Xbox One controller?

Are the bells and whistles worth it?

Well, yes and no—and here’s why. Before making their purchase, every gamer should ask, “What kind of gamer am I?” If they’re the type who lives and breathes serious gaming or who daydreams about becoming the next beloved video game streamer, then a controller that grants you a competitive edge is worth seeking out. This isn’t to say that casual gamers aren’t capable of understanding the secondary features that pro-level controllers contain, but they’re just that—secondary. If a casual gamer isn’t prepared to fully understand and utilize their controller front and back, then the fluff will likely just get in the way.

Our Picks for the Best Xbox One Controllers

This controller has outstanding build quality and responsive controls.

Pros: Featuring several new colors to choose from and a next-level build quality befitting of a Microsoft-made controller, the Xbox Core Wireless Controller has a lot to offer those who don’t mind spending a little extra. This controller stands out for its textured back and triggers, and its buttons leave nothing to be desired in feel or responsiveness. Unlike past iterations of Xbox Core Controllers, this one is also USB-C compatible, making it a convenient option for gamers who prefer to play wireless.

Cons: It’s no secret that Xbox One controllers burn through batteries like nobody’s business, so using this controller with disposable batteries can get expensive very fast. For that reason, it’d be smart to invest in some quality rechargeable batteries if you plan on using a wireless Xbox controller.

Bottom Line: While this controller is probably twice as expensive as off-brand Xbox controllers you will see on the market, its sturdy build quality and next-level performance make it an easy choice for those who want the best gaming experience possible. That being said, gamers on a tight budget might prefer saving some money on a great wired controller.

This Xbox One controller features great button sensitivity for its budget-friendly price.

Pros: Featuring a wide variety of style options, the highly-rated PDP Wired Game Controller allows for simplified audio controls via its D-pad and can be used to play on next-gen consoles, Xbox One, or your PC. Compared to the Xbox Core Controller, this controller is much quieter during intense gaming sessions, so you’re unlikely to disturb others with excessive clicking. Despite this, its button resistance and responsiveness are very similar to Microsoft’s own controller, making this a stellar choice for those seeking a corded option.

Cons: Some reviewers noted having issues with static when using this controller with their corded headset. While it seems that unplugging and re-plugging the headset tends to fix this issue, it might be indicative of a sub-par headphone jack.

Bottom Line: Of all the third-party Xbox One controllers on the market, this one gets the closest to Microsoft’s Xbox Core Controller in terms of quality and ease of use. Since this controller also works with Xbox Series X/S and PC, it’s also a great option for those who plan on upgrading to a next-gen console in the near future.

This controller's phenomenal D-Pad and adjustable sensitivity make it perfect for retro gaming.

Pros: If you’re into retro gaming, the 8BitDo Pro 2 Wired Controller is a product you’ll want to add to your wish list. This controller immediately stands out for its unique design, which is somewhat of a cross-over between a Super Nintendo controller and Sony’s classic Dual Shock controller. Its face buttons and triggers are nicely flattened for a retro feel, and its adjustable sensitivity and low input lag make it a versatile choice for a wide range of playing styles. However, this controller’s D-Pad is probably its best feature, as it’s easier to control than the Xbox Core Controller and other vintage Xbox controllers.

Cons: As far as third-party controllers go, this one is on the expensive side. While it won’t set you back as much as Microsoft’s Core Controller, it’s far from the most budget-friendly Xbox control you will find.

Bottom Line: Many modern games are created with retro controls in mind, and using a standard Xbox controller while playing can lead to a clunky experience. If you like to play games like Stardew Valley or Castlevania on your Xbox, this controller is bound to demonstrate its amazing value.

This accessibility-minded controller is fully-customizable and compatible with a wide range of accessories.

Pros: If you love video games but can’t use a standard Xbox controller, the Xb1 Adaptive Controller might be for you. This innovative controller can be fully customized with a wide range of add-ons so that you can intuitively control the action on your favorite video games any way you’d like. It also allows gamers to create individualized button mapping profiles that can be switched on the fly to gain access to different inputs. While this controller is expensive (especially after purchasing compatible buttons and joysticks to connect it to), its ease of use and customization options make it a must-have for gamers looking for an accessibility-focused Xbox controller.

Cons: It’s important to note that the Xb1 Adaptive Controller won’t replace the functionality of a standard Xbox One controller right out of the box. In fact, it only gives you access to a D-Pad and A/B buttons, so upgrading the controller with add-on triggers, joysticks, and buttons is necessary for those who wish to play modern games. That being said, these add-on accessories can easily double the cost of the controller after all is said and done.

Bottom Line: While this controller will struggle to play much more than classic side scrollers due to the limited amount of buttons that come included with its price tag, it’s fairly easy to set up and play once you’ve purchased all the accessories you need. Thankfully, there are a ton of compatible buttons and accessories that you can use with this controller, ensuring it’s a great fit for a wide range of gamers with special needs.

This cored Xbox controller impresses in its wide range of styles and textured finish.

Pros: If you’re in the market for an affordable Xbox controller that scores some major style points, the PowerA Enhanced Wired Controller is worth considering. Featuring textured rear grips and RGB lighting, this controller comes with some premium features despite its budget price point. It also feels very comfortable in your hands, thanks to its matte finish and classic design. Unlike other wired controllers, this one comes with a breakaway cord that can help keep your Xbox safe in the event that someone trips over the cord.

Cons: This controller got polarizing reviews in terms of its durability, so it’s safe to say that it likely won’t outlast most premium Xbox One controllers on the market. That being said, even first-party controllers are known to deteriorate after a year or two with heavy use, so this product can still be a good value for those who take care of their controllers.

Bottom Line: This Xbox One controller has a surprisingly solid feel for a third-party product, and many gamers will love its programmable rear buttons for an extra edge over the competition. As such, those seeking an Xbox controller that stands out stylistically should check out this offering from PowerA.

Xbox One gamers should take pride in their personal gaming gear, and there’s no better way to start that trend than by investing in a controller that looks, feels, and achieves exactly what they want. These products are a fantastic place to start. 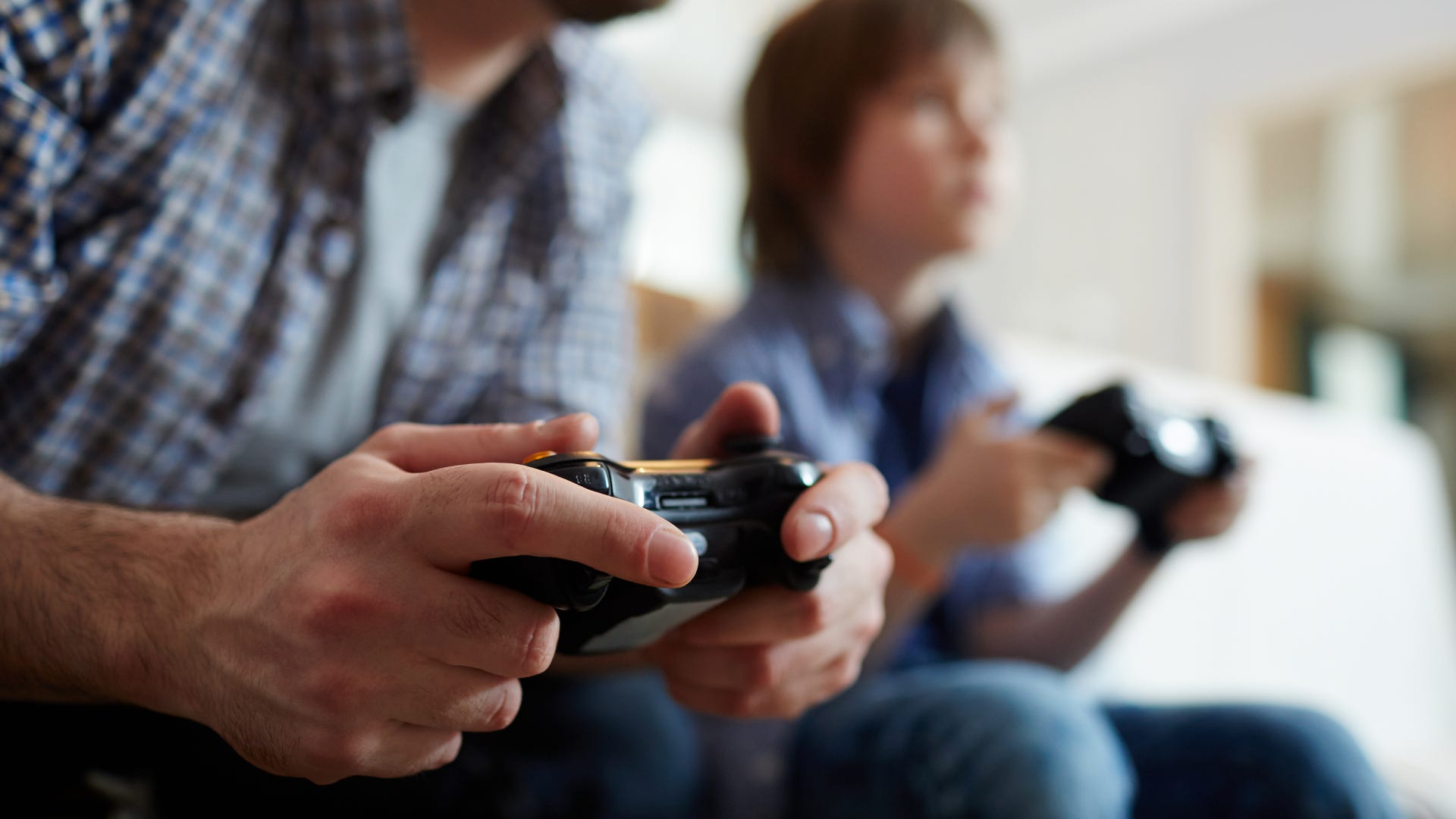 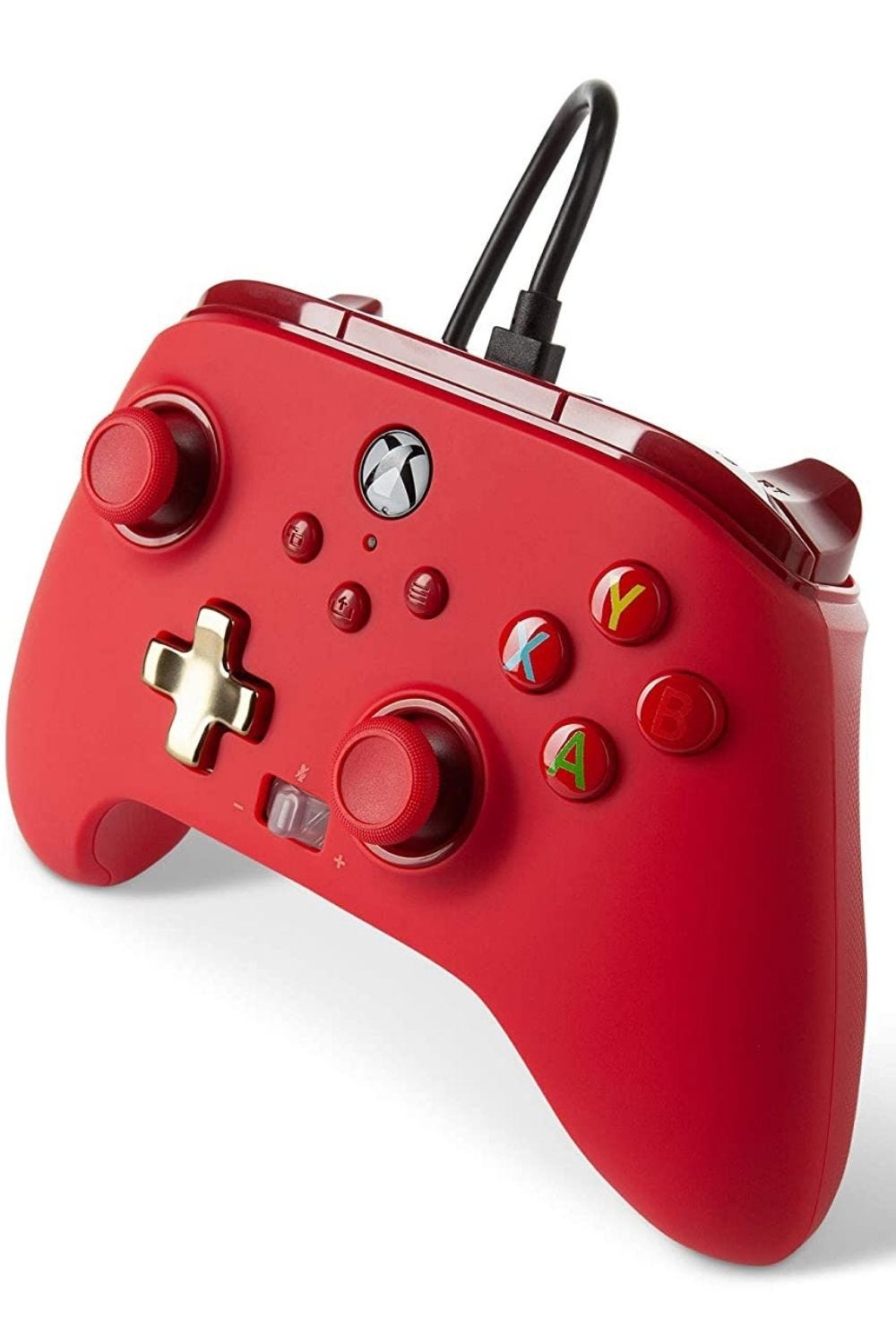