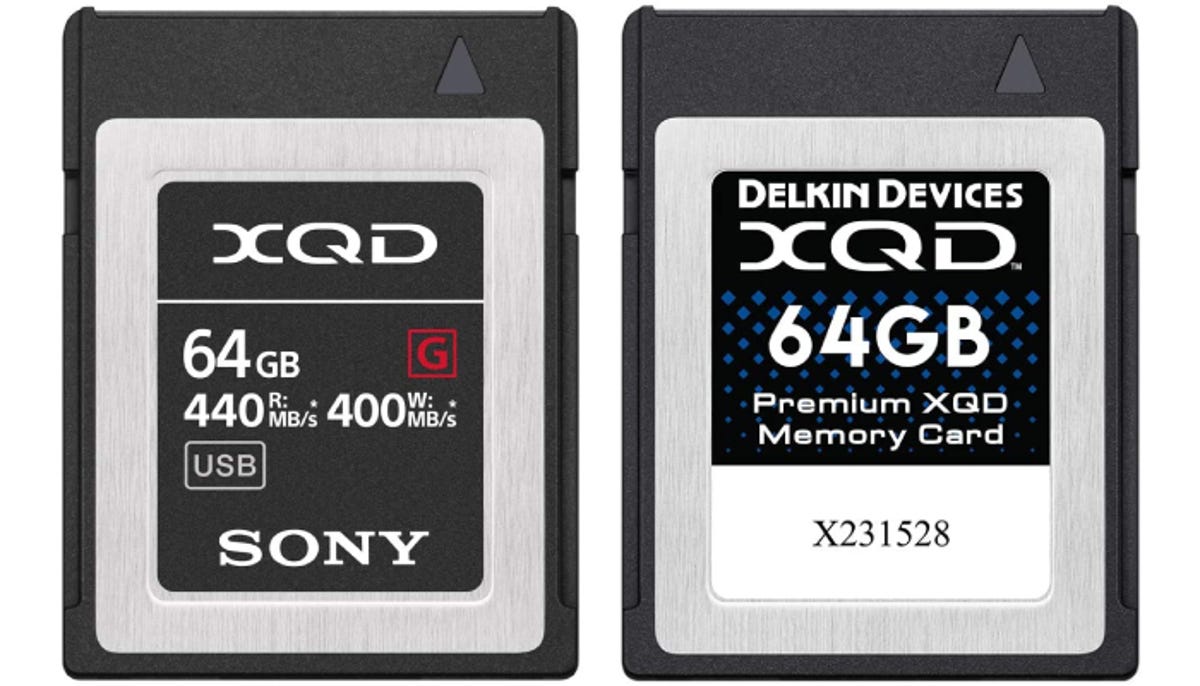 Your high-grade camera can offer you a whirlwind of exciting perks and breathtaking photography capabilities, but at the end of the day, if you do not have an equally dependable memory card in tow, your work may be all for naught. One of the most recent developments for flash memory cards and the successor to the CompactFlash card, the XQD card is a faster, storage-driven memory card that resides at the forefront of the market for modern cameras. This model of memory card is an ideal option for photographers who expect to edit their work just as fast as they can snap it. Whether it be sports, photojournalism, or wildlife photography, an XQD card is ready for the moment and built to last. If you’re looking into one that’s compatible with your camera, here are some we recommend.

Picking the Perfect XQD Card for Your Camera

Keep these factors in mind when buying your next memory card: 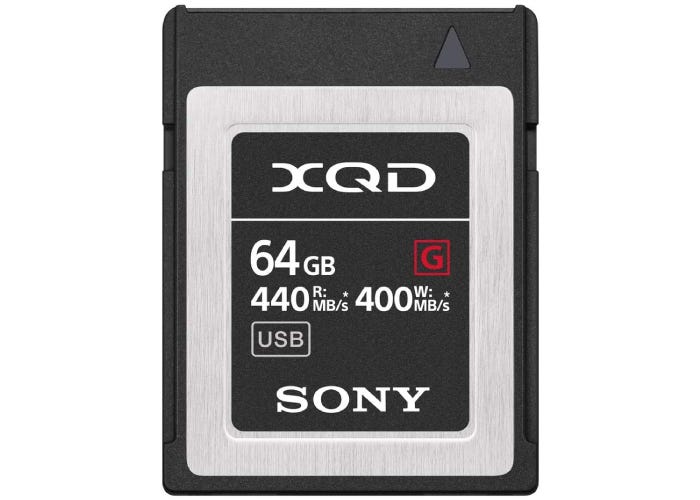 Given its legacy as a top-tier imaging brand, it should come as no surprise that Sony nabbed a couple of spots on this list. Its XQD G Series Memory Card offers users 64 GB of memory space and a maximum read and write speed of 440 MB/s and 400 MB/s for some of the best storage and fastest photo-editing you can buy. Thanks to this memory card’s fast write speeds, users can expect an equally impressive time while burst shooting. This memory card is designed to keep pace with whatever speed your camera is shooting at, so you can capture the best quality photos—up to 200 raw images—in just a single burst.

Capture up to 200 images in a single burst with this top-notch memory card in your camera. 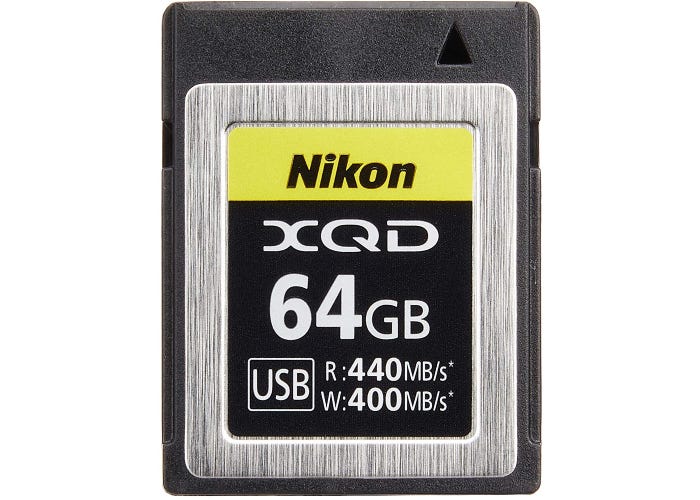 The Nikon Corporation didn’t forge its good name with TV sales and music players, but by serving the visual imaging field when Japanese soldiers needed binoculars and periscopes during World War II. There is an unmistakable quality to Nikon products, and it doesn’t stop at their lenses. The Nikon XQD 64-GB Memory Card offers users all of the perks they can expect on the photography side, like great storage for high burst shooting and efficient read and write speeds of 440 MB/s and 400 MB/s; however, this memory card is also a worthwhile purchase for those leaning into the videography side of camera use. Its fast read and write speeds allow for smooth 4K video recording that is made to excel with DSLR and a variety of mirrorless cameras, including the Nikon Z 7, Z 6, and D5. 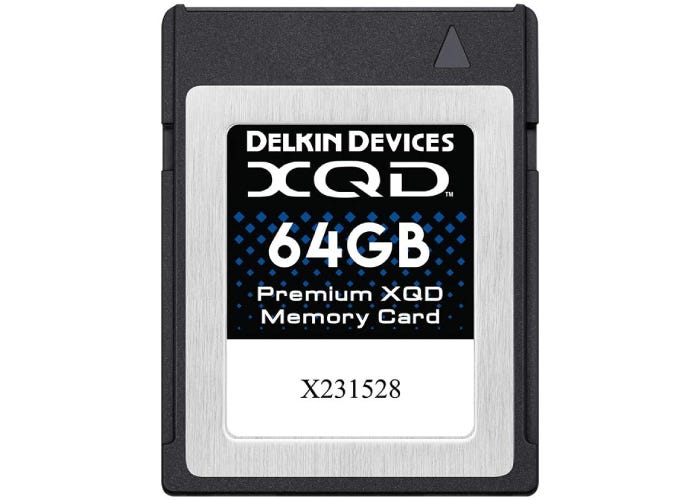 Combining the best qualities of video recording and photography from Nikon or Sony XQD cards, Delkin Devices’ 64-GB Premium Memory Card is, as its name would suggest, a premium choice. This memory card records at extremely high frame and bit rates, delivering users the full pleasure of 4K & full HD recording abilities. Not only does it handle continuous-burst shooting with ease, but this card also offers users streamlined transfer speeds, so you get some of the fastest data transfer from card to computer. It is the perfect alternative to either Nikon or Sony XQD cards, offering users picture-perfect shots with each burst.

Whether you're snapping photos or recording 4K videos, this memory card is a notable and equally impressive option for your camera. 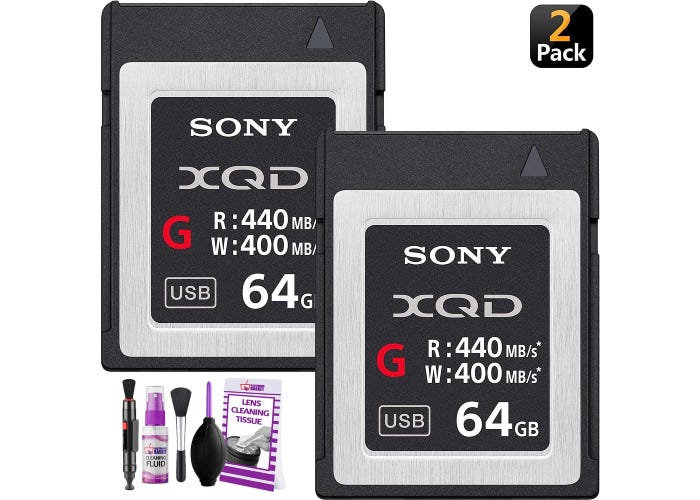 This memory card combo is the ideal choice for those who expect the best right away. This is everything you can expect out of a single G-Series card, just doubled. You get the same efficient read and write speeds, the same high-speed burst shooting, and the same high frame video recording in a worthwhile bundle. Its upscaled price doesn’t feel like a gamble either, given that you’re ensured immense quality with both XQD cards. Even in some of the most miserable environmental conditions, these Sony memory cards will maintain their internal durability and offer users peace of mind when shooting.

This worthwhile bundle offers users all of the perks of a single 64-GB memory card but in a cost-efficient combination. 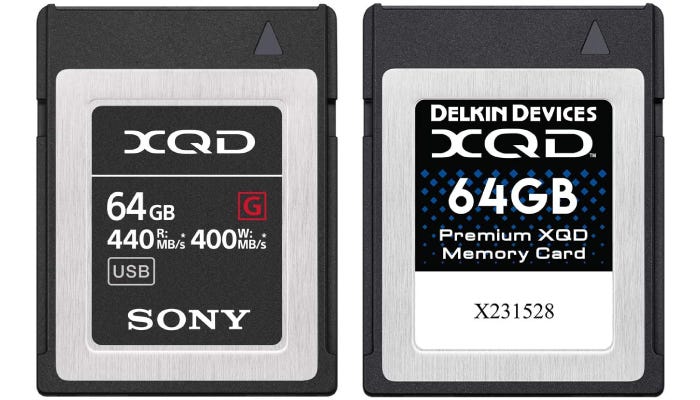